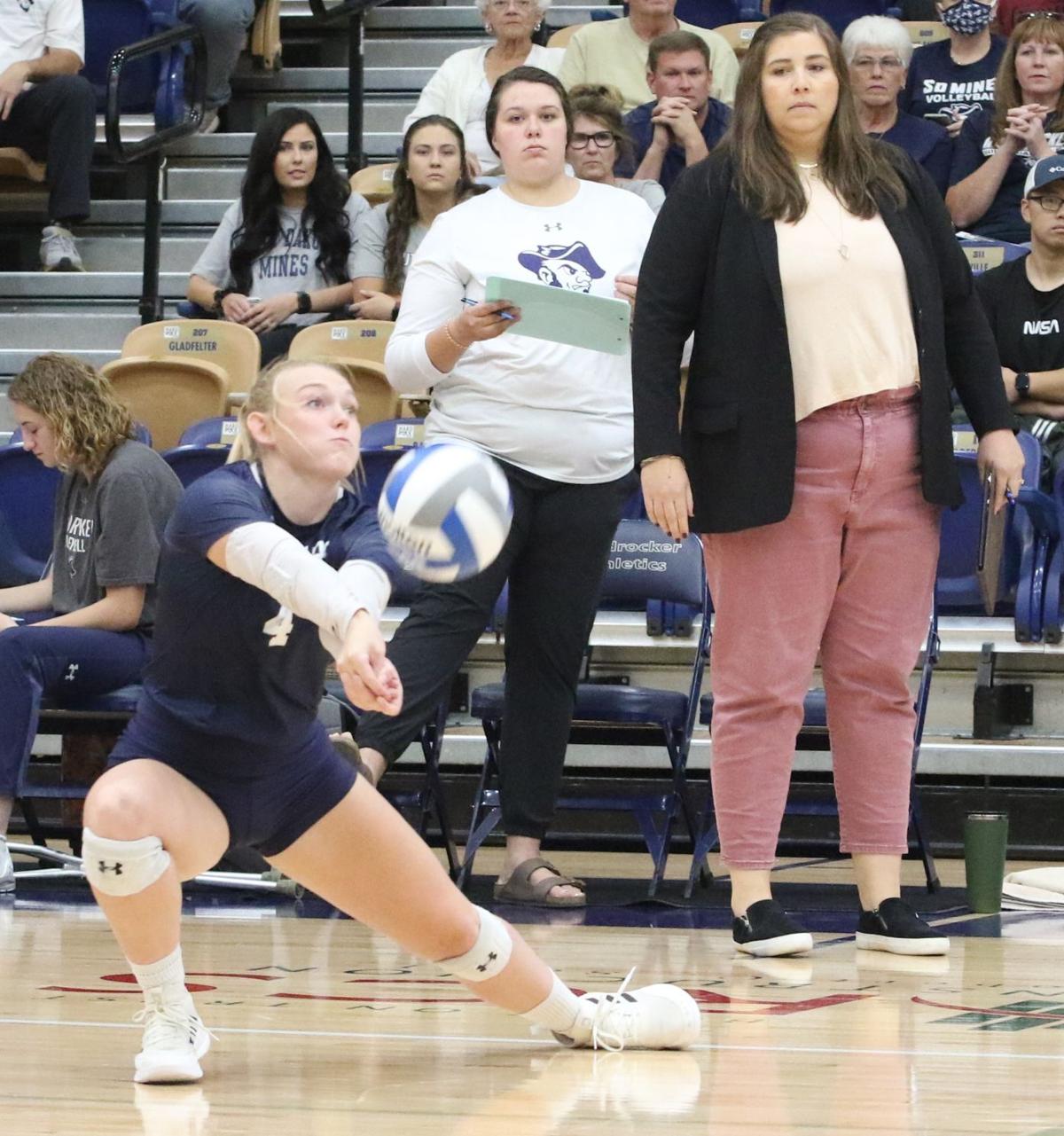 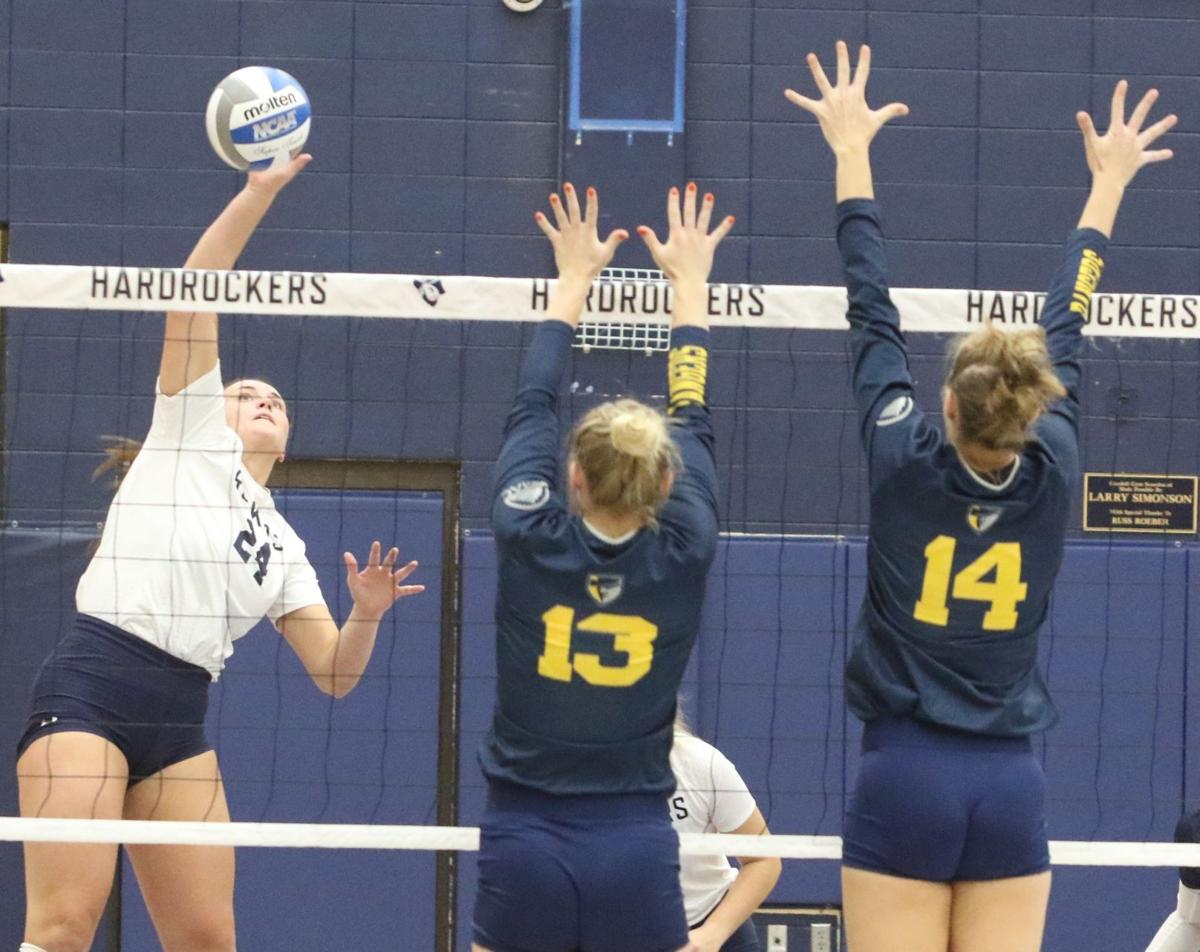 South Dakota Mines outside hitter Lily Bartling gets a kill around a Regis block Saturday afternoon. 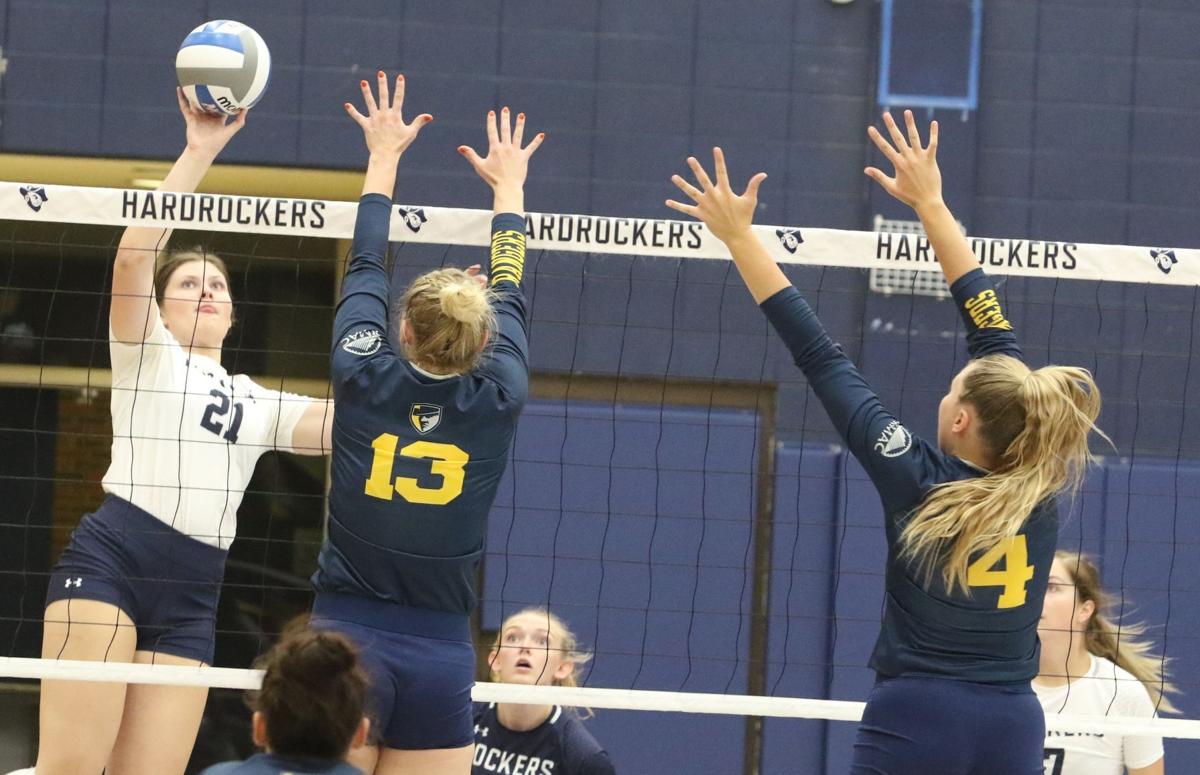 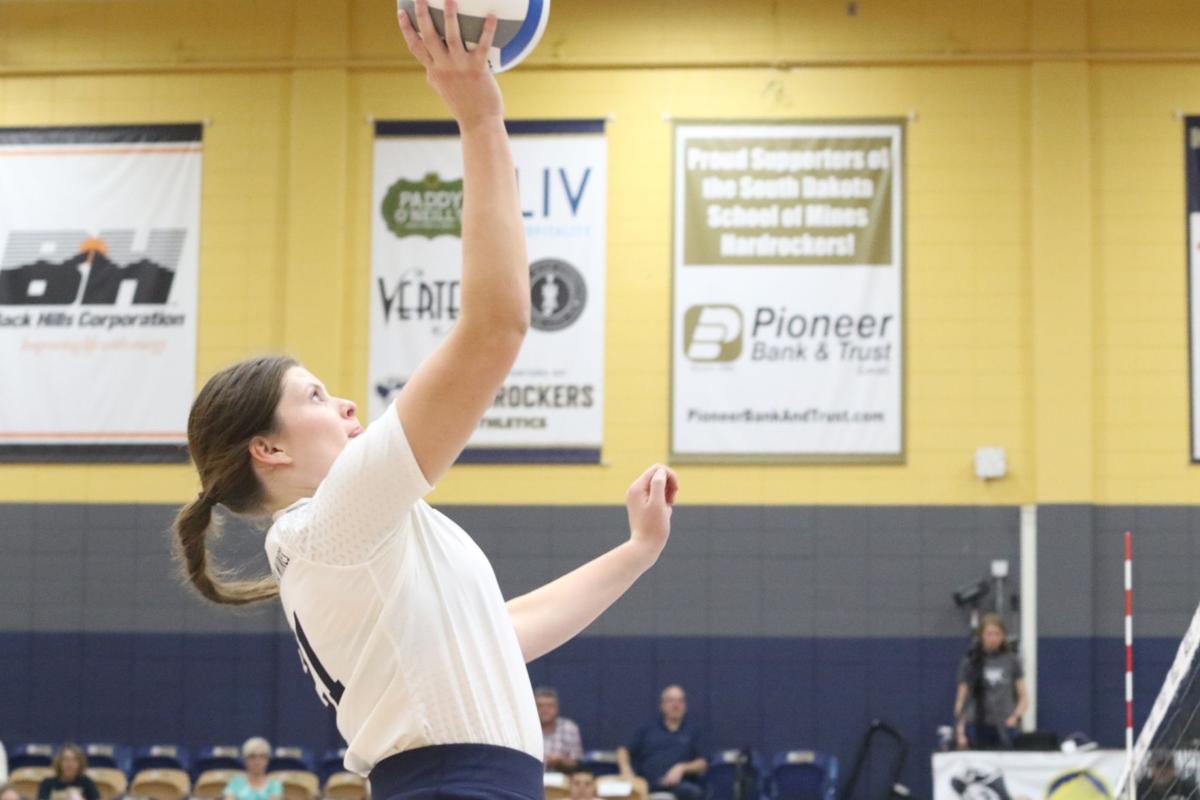 The South Dakota Mines volleyball team was looking for its third straight victory at home against Regis University Saturday, but came up short, falling to the Rangers in three sets.

Regis, which downed Black Hills State in five sets Friday night in Spearfish, toppled the Hardrockers at the King Center, 25-23, 25-18 and 25-13.

The loss dropped the Hardrockers to 2-4 in Rocky Mountain Athletic Conference play and 8-6 overall, while Regis moved to 5-1 and 10-4.

In the first set the two teams battled back and forth. Regis got out to leads of 6-2 and 11-7 before the Hardrockers came back. A trio of kills by Emma Grimm, Jacey Koethe and Shyann Bastian got the Hardrockers out to a 13-11 lead. Later, Mines led 19-16 advantage before Regis would storm back to take the set by two points.

The second set started out evenly with each team going back and forth until midway through the set. The Hardrockers trailed 15-14, only to see Regis take control scoring five straight points and moving out in front 2-0.

In the third set, Regis got out to a fast start, taking a 10-2 lead, before the Hardrockers fought back and cut the lead to 12-8. But the Rangers would take over once again, scoring five in a row, leading 17-10 and never looking back.

Sydney Crites led the Black Hills State offense with eight kills, while Koethe recorded four blocks. For the first time this season, someone other than Bastian led the team in assists, with Kassie Luce recording eight in her first start of the season. Addie Stanley recorded 15 digs.

Caitlyn Burrow led all hitters for Regis with 15 kills. She also had 13 digs. Haley Kennedy had 19 digs and Bre Skala added 16 digs. Mara LeGrand led the way with 35 assists.

Mines looks to get back to their winning ways next week, taking on MSU Denver and Colorado Christian in a pair of home games Friday and Saturday at 7 p.m., and 5 p.m. respectively.

South Dakota Mines outside hitter Lily Bartling gets a kill around a Regis block Saturday afternoon.