Become a Member
Read Today's E-edition
Share This
Cuomo resigns: What we know, what we don't and what's next
Share this

We take you through what happened and what's next:

REMIND ME — WHAT WAS HE ACCUSED OF?

Cuomo was under investigation for several things, but the prevailing issue leading to his resignation concerned sexual harassment allegations. An investigative report released last week said he sexually harassed 11 women, many of whom had worked for him or the state. Other issues in play in a state Assembly impeachment probe: how his administration handled data on COVID-19-related deaths in nursing homes, his $5 million pandemic leadership book deal and whether friends and relatives were given special access to COVID-19 tests early in the pandemic.

CUOMO SAID HE WASN'T GOING ANYWHERE. WHY DID HE RESIGN NOW?

Cuomo has denied the most serious allegations against him and acknowledged Tuesday that his "instinct is to fight." But he said the impeachment process would take months and consume resources that should go toward "managing COVID, guarding against the delta variant, reopening upstate, fighting gun violence and saving New York City."

SO WHO'S IN CHARGE NOW?

Still Cuomo. His resignation won't take effect for two weeks. But Lt. Gov. Kathy Hochul is on deck to take over afterward.

WHY IS HE WAITING 14 DAYS TO LEAVE?

Cuomo said he wanted time for a "seamless" transition to the new administration. He declared Hochul could be caught up to speed in a timely fashion.

IF HE LEAVES OFFICE, WILL HE BE SAFE FROM CHARGES?

Prosecutors in Albany, Westchester and on Long Island have already said their investigations into whether Cuomo committed any crimes will continue. Cuomo might be hoping that prosecutors or the women who complained about his behavior might lose interest in pursuing a case now that he's out of office.

DOES CUOMO HAVE REGRETS?

He "deeply, deeply" apologized to the "11 women who I truly offended." But he continued to deny the most serious allegations outlined in the report and again blamed the allegations as misunderstandings attributed to "generational and cultural differences." Last week, he personally apologized to two accusers — ex-aide Charlotte Bennett and a wedding guest he was photographed kissing, Anna Ruch. On Tuesday, he added the unnamed New York State Police trooper who said he inappropriately touched her to the list.

As New York's lieutenant governor, Kathy Hochul has spent years on the road as the friendly face of the administration, visiting the far-flung coffee shops and factory floors of each of the state's 62 counties for countless ribbon-cutting ceremonies and civic cheerleading events.

Now, with Gov. Andrew Cuomo's resignation over sexual harassment allegations Tuesday, her next stop is the state Capitol in Albany.

Hochul will become the state's first female governor once Cuomo's resignation is effective in two weeks.

"As someone who has served at all levels of government and is next in the line of succession, I am prepared to lead as New York State's 57th Governor," she said in a statement Tuesday.

The next governor: Kathy Hochul is a politician who leads with charm, not fear

Photos: Kathy Hochul through the years

Photos: Andrew Cuomo through the years

More than 50 now dead in coal mine blast; plus other top news today

Finding other survivors is highly unlikely, officials said. In the U.S., weather may make post-Thanksgiving travel tricky, and hundreds of FedEx shipments have been found dumped in a ravine.

New COVID-19 variant spreads in Africa: What you need to know

It's unclear where the new variant actually arose, but a slew of nations moved to restrict travel from Africa. Here's what you need to know, plus more updates and the latest data on infections and vaccination.

All 3 men charged in Arbery's death convicted of murder

All three white men charged in the death of Ahmaud Arbery were convicted of murder Wednesday in the fatal shooting that became part of a larger national reckoning on racial injustice.

The police chief in Waukesha, Wisconsin, says there were "some fatalities" when an SUV sped into a Christmas parade.

Target to keep stores closed on Thanksgiving for good

The new standard at Target could push other retailers to follow in its path. See what's behind the decision.

Update: SUV driver in Christmas parade crash may have been fleeing a crime

Investigators are looking into whether the SUV driver who plowed through a parade in Wisconsin, killing at least five and injuring more than 40, was fleeing a crime.

Things to know today: 5 dead, 40-plus injured after SUV plows into Christmas parade; Rittenhouse says he's "not a racist person"; NFL recap. Get caught up.

The White House says it has ordered 50 million barrels of oil released from the strategic reserve to bring down energy costs.

Democrats have been whispering for months that President Joe Biden's political standing is so weak he may not be able to win reelection in 2024.

Police were drawing up five charges of intentional homicide against the man suspected of plowing his SUV into a Christmas parade in suburban Milwaukee. 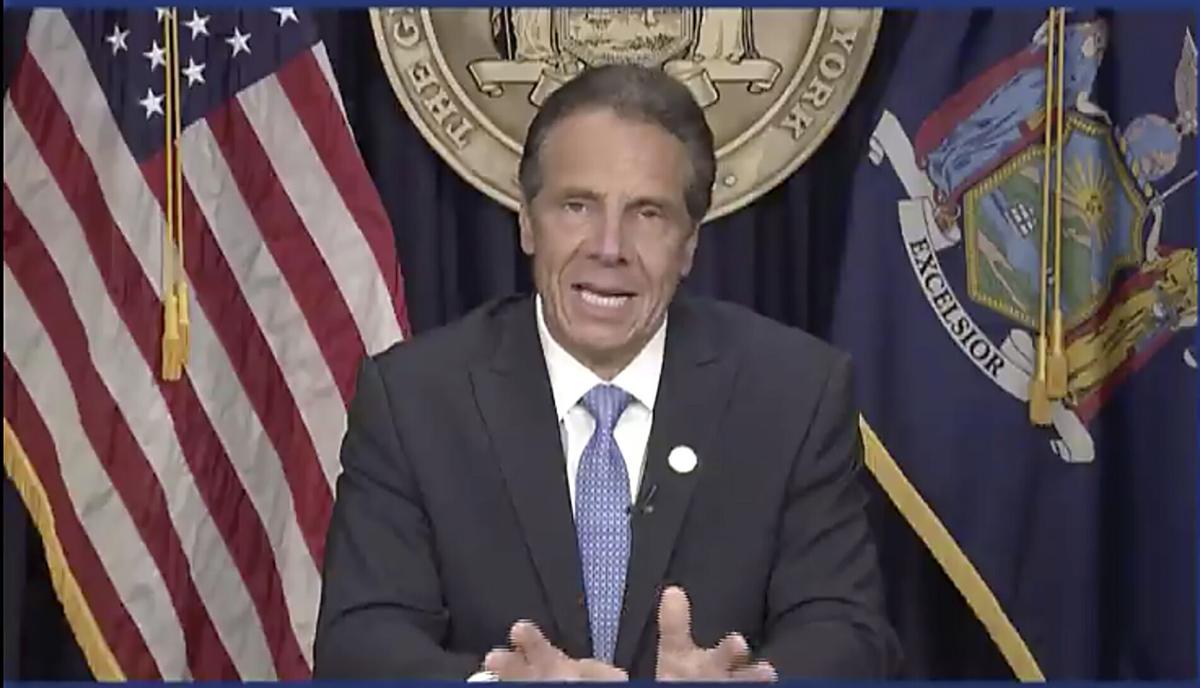 In this still image from video, Gov. Andrew Cuomo speaks during a news conference in New York on Tuesday, Aug. 10, 2021. Cuomo has resigned over a barrage of sexual harassment allegations in a fall from grace a year after he was widely hailed nationally for his detailed daily briefings and leadership during the darkest days of COVID-19. 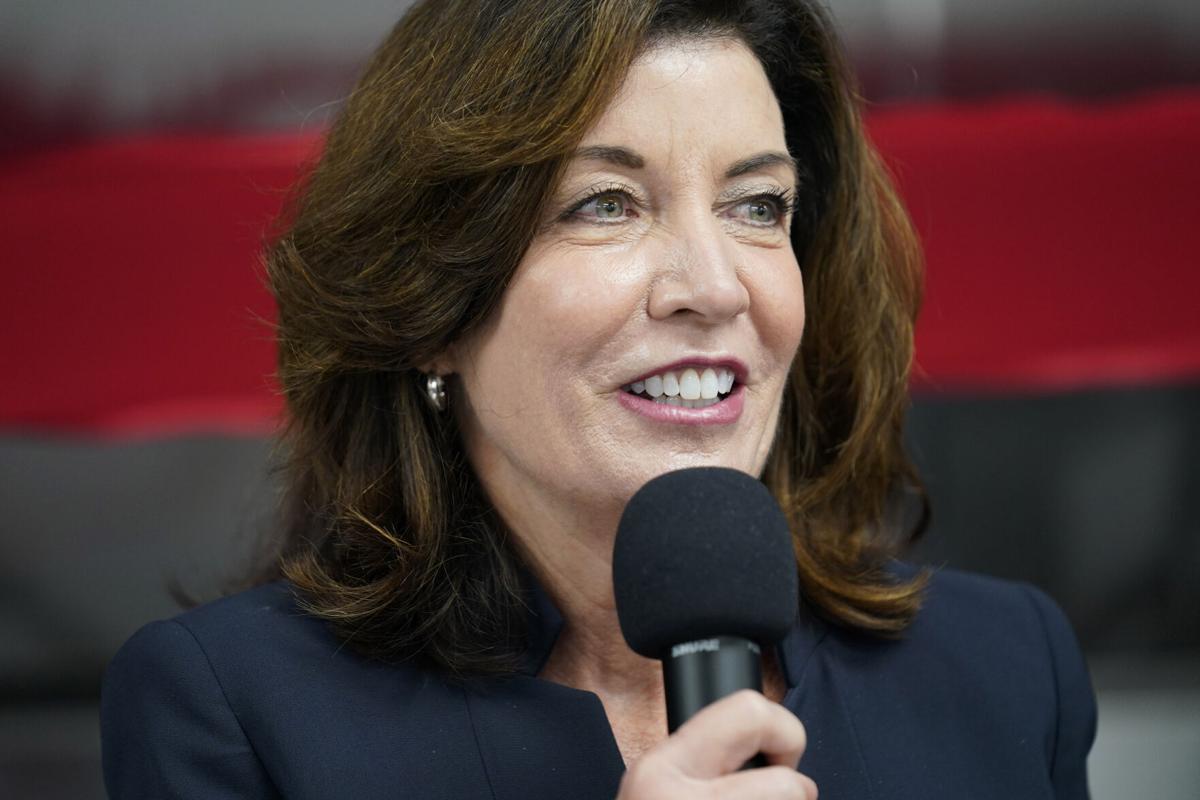 Lieutenant Governor of New York Kathy Hochul speaks at a ribbon cutting ceremony in the Bronx borough of New York, Tuesday, May 4, 2021.