Become a Member
Read Today's E-edition
Share This
Gabby Petito's family, police urge her fiancé to come forward with information about her disappearance
Share this

Investigators searching for Gabby Petito believe her fiancé and those around him are withholding critical information related to her disappearance and are refusing to come forward, police said Thursday night.

Petito, 22, was traveling with Laundrie in her white 2012 Ford Transit van with a Florida license plate, police said. When her family didn't hear from her since late August, they reported her missing on September 11. Police believe she was in the Grand Teton National Park in Wyoming before the last communication with her family, who lives in New York.

"We are conducting a missing person investigation. Two people went on a trip, and one person returned. And that person is Brian. And we're looking for Gabby, and he is not willing to provide us any information," Garrison told CNN's Don Lemon on Thursday night.

Authorities believe Laundrie was the last person to see Petito before she went missing.

On September 11, police found the van the couple was traveling in at the home Petito shared with Laundrie and his parents in North Port, Florida. Laundrie allegedly returned to North Port on September 1, police said in a news release.

Authorities are investigating some materials they found in the van after they processed it, though they didn't clarify what exactly they're looking into, Josh Taylor, a spokesperson for the North Port police department, said in a news briefing.

Taylor also added that Laundrie and his family directed police to their attorney when investigators went to their home Saturday to question them.

"That is the extent of our conversation with them," Taylor said. "It's my understanding we have had some conversations with his attorney but certainly nothing to the level of providing us the details that we would like."

And the Laundries haven't been talking to Petito's family, who have been pleading people to come forward.

"We've had no communication between our family and theirs. It's absolutely absurd. We don't understand why," Petito's stepfather, James Schmidt, told CNN affiliate Court TV.

Schmidt explained that he is in Jackson, Wyoming, as a liaison between his family and law enforcement as investigators search for Petito. He said he believes Laundrie knows information about his stepdaughter's disappearance and is "hiding behind" his attorney.

"He grew up with Gabby; they went to school together. They're not strangers. They've known each other for a long time," Schmidt said.

Schmidt addressed Laundrie during the interview with Court TV, calling on him to come forward with information he may know.

"This is the love of your life. It's been out there on social media. You posted on your accounts. If that is true, then do the right thing. You need to do it now. Stop waiting," Schmidt said.

'We don't have a crime,' police say

Garrison told CNN that his department isn't working on obtaining a search warrant for Laundrie's home because they haven't concluded that a crime has occurred. "In order to get a search warrant, you have to be tied to a crime. Right now, we don't have a crime," Garrison explained.

He added that Laundrie has invoked his Fifth Amendment right, which generally means that a person cannot be forced to make statements that he or she feels might be negative or used against them. The amendment is usually invoked so a person can avoid answering specific questions. The right must be affirmatively waived.

"So I can't compel him to speak. All of our information has been directed through an attorney. That can change. The attorney can come forward and say, 'listen, Brian wants to provide a statement now,'" Garrison said.

The couple, though, did have a recent interaction with police in Moab, Utah.

Last month, officers with the Moab City Police Department responded to reports of disorderly conduct involving Petito and Laundrie, which ended with a report describing them as having "engaged in some sort of altercation."

The report, which was released by the police department, indicates that Laundrie and Petito had a physical fight following an argument, but "both the male and female reported they are in love and engaged to be married and desperately didn't wish to see anyone charged with a crime," according to the report from Officer Eric Pratt.

The officers who responded to the incident suggested that Laundrie and Petito should separate for the night, according to the report. Petito is described by one officer as "confused and emotional."

"After evaluating the totality of the circumstances, I do not believe the situation escalated to the level of a domestic assault as much as that of a mental health crisis," Officer Daniel Robbins wrote in the police report.

No charges were filed. Robbins wrote Laundrie said the pair had been traveling together for "the last 4 or 5 months."

Here's what we know about the timeline in the case of the missing woman.

North Port Police Chief Todd Garrison said in a Thursday news briefing that Petito and Laundrie -- who Garrison described as the woman's fiancé -- embarked on a cross-country trip in June.

They planned to travel in Petito's white Ford van to the West Coast and visit state national parks across the Western United States, Garrison said.

She had been excited to share her journey with her family and others on social media, he said.

"She maintained regular contact with her family members during her travels, however that communication abruptly stopped around the end of August," the police chief added.

Moab, Utah, police had an encounter with the couple on August 12, where officers described them as having "engaged in some sort of altercation."

Although the two are described as getting into a physical fight following an argument, "both the male and female reported they are in love and engaged to be married and desperately didn't wish to see anyone charged with a crime," a report from officer Eric Pratt said.

At officers' suggestion, the couple separated for the night, the report said, which described Petito as "confused and emotional."

"After evaluating the totality of the circumstances, I do not believe the situation escalated to the level of a domestic assault as much as that of a mental health crisis," officer Daniel Robbins wrote in the police report. No charges were filed.

The couple each had their own cell phones in case of emergency, the report added.

Petito's family told police they were last in contact with her during the last week of August, North Port police said.

Before that last communication, Petito is believed to have been in Grand Teton National Park in Wyoming, police say.

In a Thursday news conference, Petito family attorney Richard Stafford said the family's last communication with Petito was August 30, but they do not believe the message they received was from Petito. He declined to share what the message said or why they did not believe it was her writing.

Laundrie returned to the couple's North Port home, where his parents also live, on September 1, according to police.

The white vehicle Petito and Laundrie had been traveling in was later recovered by police at the home. It was processed and "there was some material in there" that authorities will be going through, North Port police spokesperson Josh Taylor said at a news briefing on Wednesday.

After not being able to get in touch with her, Petito's family -- who lives in New York -- reported her missing on Saturday evening to the Suffolk County, New York, Police Department.

North Port authorities went to Laundrie's home on Saturday night asking to speak to him and his family but "we were essentially handed the information for their attorney," Taylor, the police spokesperson, said.

"That is the extent of our conversation with them," Taylor said.

In a letter read by Stafford, the Petito family attorney, during police's Thursday news briefing, the missing woman's family begged for Laundrie's family to help in the investigation.

"Please, if you or your family have any decency left, please, tell us where Gabby is located," Stafford said. "Tell us if we are even looking in the right place. All we want is for Gabby to come home. Please help us make that happen."

He said Petito's family reached out to Laundrie's family earlier this month for any information on where Petito may be, but his family refused to answer.

"We haven't been able to sleep or eat, and our lives are falling apart," the Petito family's letter added.

The FBI on Thursday identified human remains found in a Florida nature preserve as those of Brian Laundrie, a person of interest in the death of girlfriend Gabby Petito.

Colin Powell, military leader and first Black US secretary of state, dies at 84

Colin Powell, the first Black US secretary of state who helped shape American foreign policy for decades, has died of complications from Covid-19, his family said.

Top headlines: The latest in the search for Brian Laundrie; Trump launches his own social media site; NFL agrees to end "race-norming." Get caught up.

A man charged with raping a woman on a train outside of Philadelphia harassed, groped and assaulted her while people held up their phones, police said.

Morning headlines: The latest on the Alec Baldwin prop gun shooting that killed 1; China responds to Biden on Taiwan; the Netflix walkout. Get caught up.

Facebook is planning to change its name, report says

Facebook is planning to rebrand itself with a new name focused on the metaverse, the Verge reported on Tuesday.

The White House released details of its plan for 28 million children to get the COVID-19 vaccine in pharmacies, doctors' offices and potentially their schools, as soon as next month.

Where are the workers? Cutoff of jobless aid spurs no influx

Earlier this year, business leaders and Republican governors said to cut off a $300-a-week federal unemployment supplement. Many people, they argued, would then take jobs. Yet three months later, there’s been no big influx of job seekers.

Can new variants of the coronavirus keep emerging? An explainer.

With more than half the world still not vaccinated, the virus will likely keep finding people to infect, which can lead to new variants forming. Here's what to know. 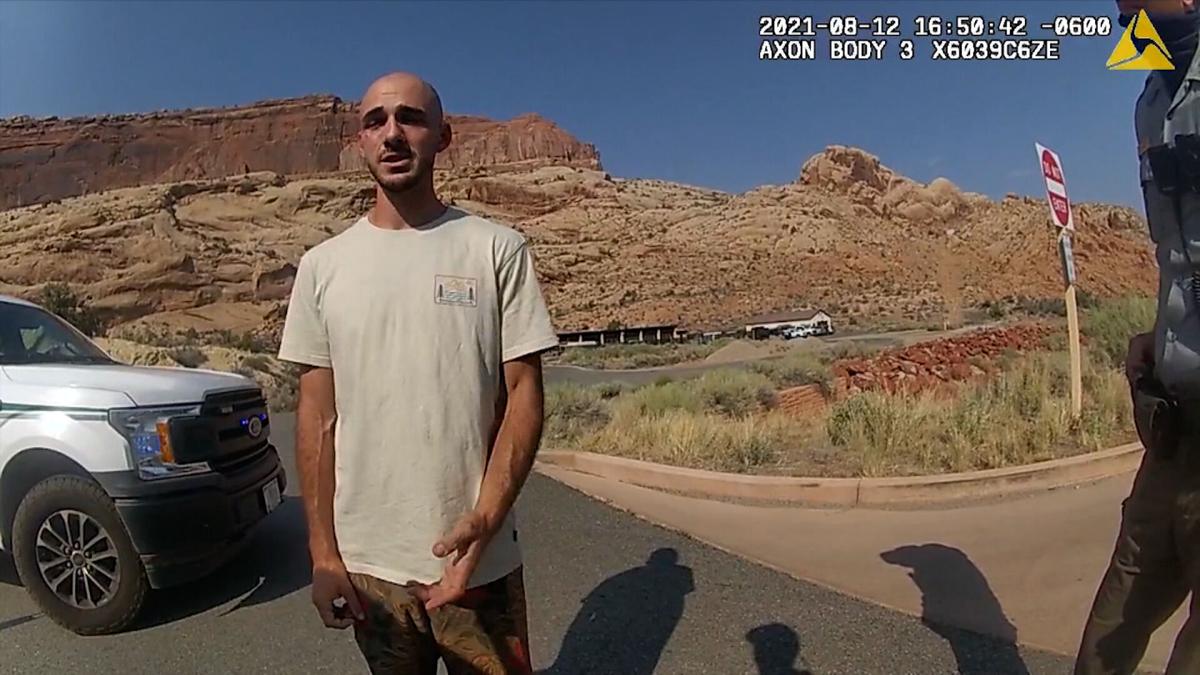 Bodycam footage from Moab police that shows them talking with Brian Laundrie. 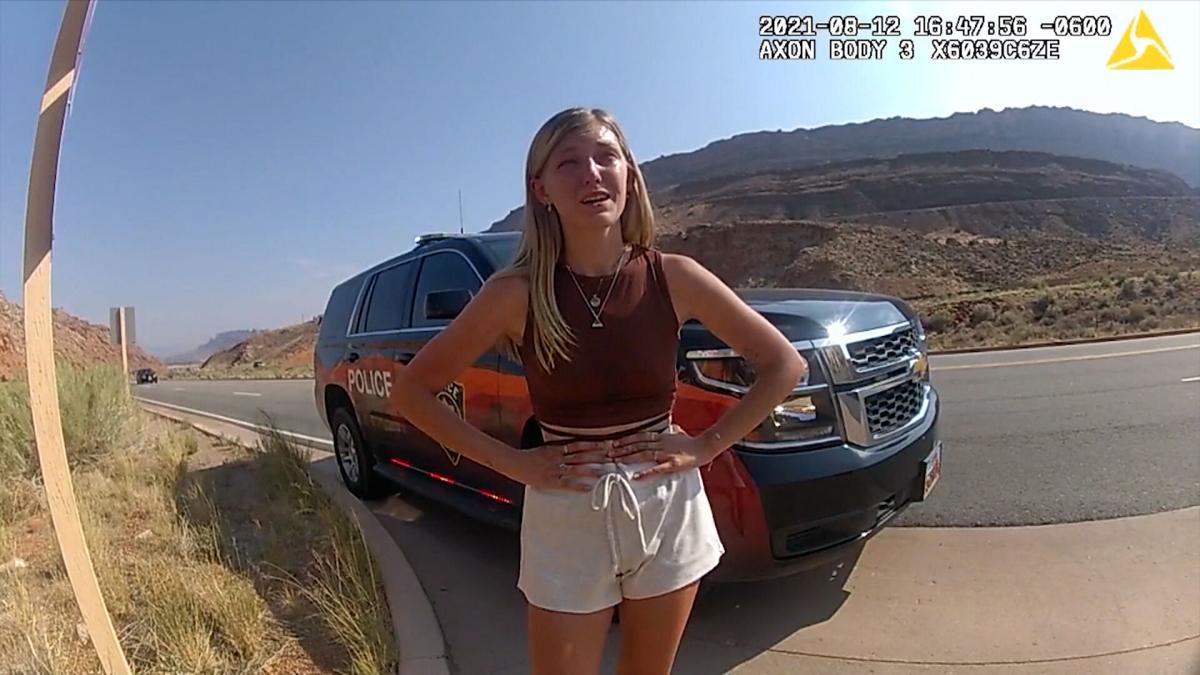 Local and federal authorities are looking for 22-year-old Gabby Petito, pictured here, talking to Moab police from bodycam footage, was reported missing by her family over the weekend after she had been traveling with her boyfriend, Brian Laundrie. 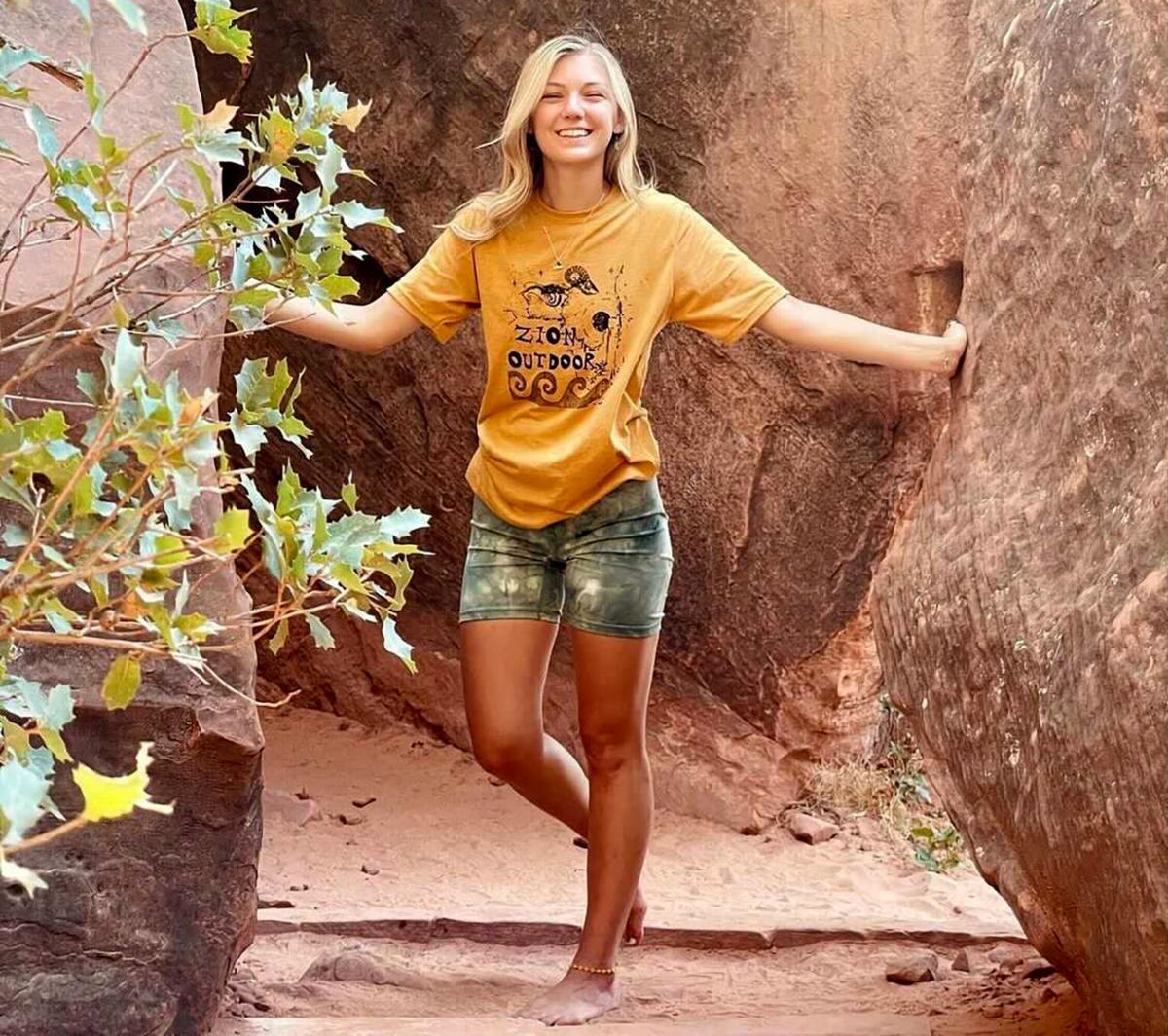 Picture of Gabby Petito before her disappearance.