The assassination of Haiti's President Jovenel Moise has stunned the country and shocked regional leaders.

The Caribbean nation of roughly 11 million people, many of them living amid poverty and rising violence, now faces an even more uncertain future.

Haiti's acting Prime Minister Claude Joseph has assumed leadership of the country in the immediate aftermath of the attack. He has declared a "state of siege" in Haiti, saying he did not want the nation to "plunge into chaos."

What exactly happened to Moise?

According to Joseph, "a group of unidentified individuals, some of whom were speaking in Spanish" attacked Moise's home at around 1 a.m. Wednesday and fatally wounded the head of state.

Haitian first lady Martine Moise was also shot in the attack and is receiving "the necessary treatment" for her injuries, Joseph said in a statement.

Moise, who was 53 and a former banana exporter, had spent most of the past year waging a political war with the opposition over the terms of his presidency.

What's the broader situation in Haiti?

Moise's death comes against a backdrop of political instability, with many key roles in the country's government already empty and the parliament effectively defunct. Haiti's opposition movement has long called for Moise to resign.

Criminal violence has recently escalated in capital Port-au-Prince, including targeted attacks on police and arson of civilian homes. Infamous ex-police officer Jimmy Cherizier vowed in June before local media to carry out a "revolution" in the city. That month, more than 13,000 people fled their homes in Port-au-Prince for temporary shelters, according to the United Nations. The insecurity follows a wave of kidnappings earlier this year.

Battles between rival groups and the police for control of the port city's streets have also worsened the country's humanitarian crisis, threatening bottlenecks on food and fuel supplies.

Why was Moise controversial?

Many in Haiti disputed Moise's right to continue serving in the presidency this year.

He said his five-year term should end in 2022 -- a stance backed by the United States, United Nations and Organization of American States.

But the opposition -- which accused Moise of allowing corruption and insecurity to flourish in the country -- argued that he should have stepped down on February 7 this year, citing a constitutional provision that starts the clock on the term once a president is elected, rather than when he takes office.

Throughout his term in office, the President repeatedly failed to hold elections at local and national levels, leaving much of the country's governing infrastructure empty.

Haiti is now heading toward elections and a referendum to overhaul the constitution this fall. The referendum had been championed by Moise as an opportunity to strengthen the Haitian presidency.

Who takes over from him?

It isn't immediately clear who will replace Moise in the coming months.

Judge Jean Wilner Morin, president of the National Association of Haitian Judges, told CNN that the line of presidential succession in the country was murky given its political instability.

Haiti's President of the Supreme Court would normally be next in line, but that position is currently empty since its holder, René Sylvestre, recently died of Covid-19. His funeral was due to take place Wednesday, Morin said.

For the acting Prime Minister Joseph to formally replace the President, he would have to be approved by Haiti's parliament, said Morin. But the parliament is currently partially empty and effectively defunct.

In a statement issued Wednesday, the acting Prime Minister Claude Joseph appealed for calm. "The security situation in the country is under the control of the Haitian National Police and the Haitian Armed Forces," he said.

He also called on the international community "to launch an investigation into the assassination and for the United Nations to hold a Security Council meeting on Haiti as soon as possible."

What's the humanitarian situation in Haiti?

Haiti was already facing a dire economic situation before the Covid-19 pandemic hit. Its economy shrank a further 3.8% in 2020, with about 60% of the population now living in poverty, according to the World Bank.

The recent spike in violence in the capital has only added to the troubles faced by many of its citizens, and complicated the work of aid groups such as Doctors without Borders and UNICEF, the UN children's agency, in reaching vulnerable people.

Bruno Maes, a UNICEF representative based in Port-au-Prince, told CNN last week that it is increasingly urgent that humanitarian workers be able to travel securely in the country as the peak of the Caribbean's hurricane season approaches.

UNICEF warned at the end of May that severe acute childhood malnutrition in Haiti was expected to more than double this year as it deals with rising violence, the coronavirus pandemic, and a lack of access to essential services, including clean water.

More than 86,000 Haitian children under five could be affected, compared with 41,000 last year, the agency said.

How will the United States respond?

White House Press Secretary Jen Psaki has called Moise's assassination a "horrific crime" and pledged that Joe Biden's administration would stand with the people of Haiti.

"It's a horrific crime, and we're so sorry for the loss that they are all suffering and going through as many of them are waking up this morning and hearing this news. And we stand ready and stand by them to provide any assistance that's needed," Psaki said on CNN's "New Day."

In May, the Biden administration granted humanitarian protection for some Haitians in the United States, allowing an estimated 100,000 people to apply to remain lawfully in the country.

The growing instability in the country could complicate upcoming decisions on future deportations of Haitians from the US.

Photos: Scenes of violence in Haiti in recent months

Martin Goillandeau contributed to this report.

Fact-checking claims about the Pfizer vaccine, Sha'Carri Richardson and more

Here's a roundup of some popular but completely untrue stories of the week, including one claiming Biden knelt down to Israel's president and another that alleges the delta variant is fake. 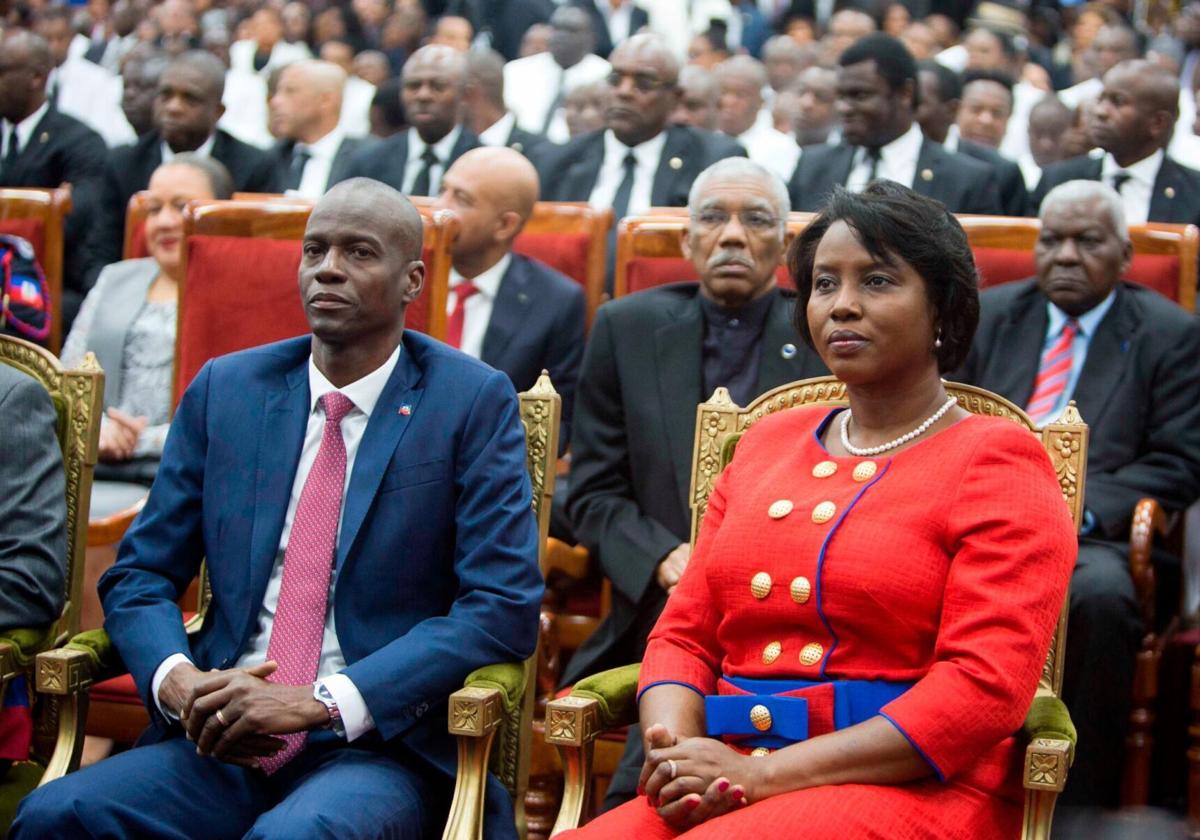 Jovenel Moise sits with his wife Martine during his swearing-in ceremony in Port-au-Prince, Haiti, on February 7, 2017. 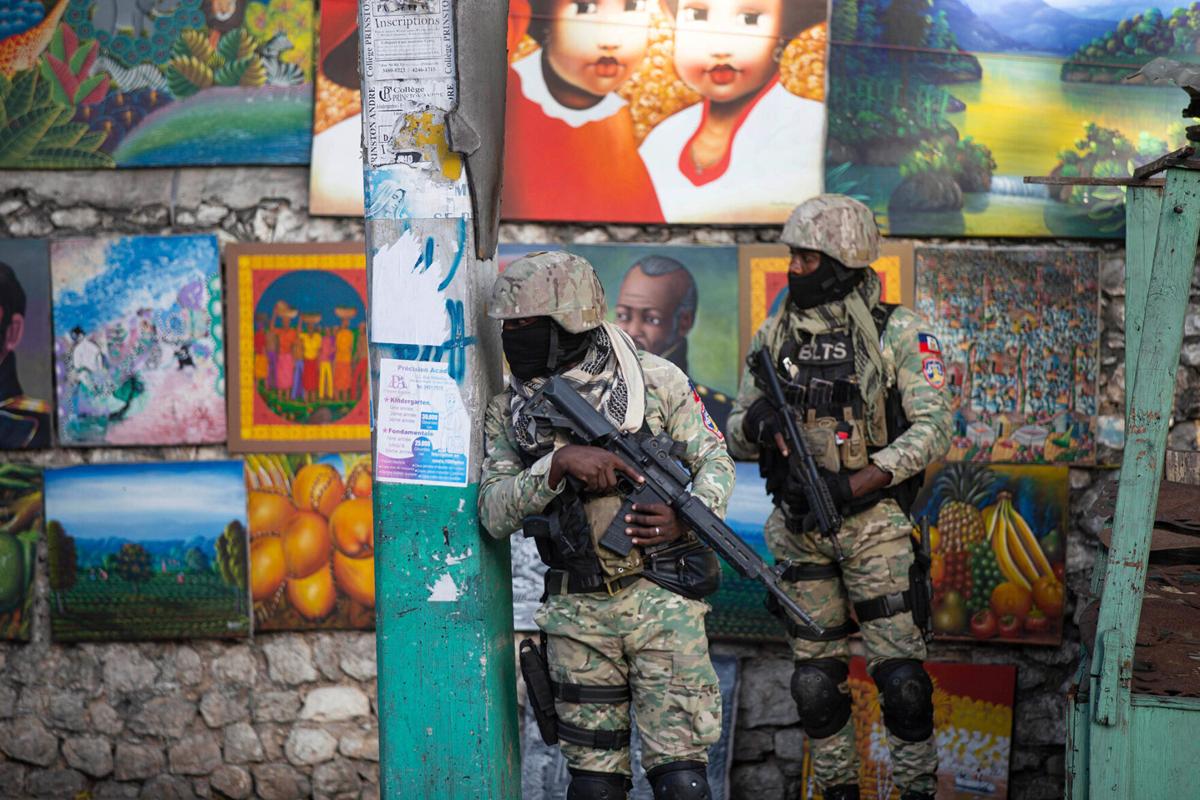 Soldiers patrol in Petion Ville, the neighborhood where the late Haitian President Jovenel Moise lived in Port-au-Prince, Haiti, Wednesday, July 7. Moïse was assassinated in an attack on his private residence early Wednesday, and First Lady Martine Moïse was shot in the overnight attack and hospitalized, according to a statement from the country's interim prime minister. 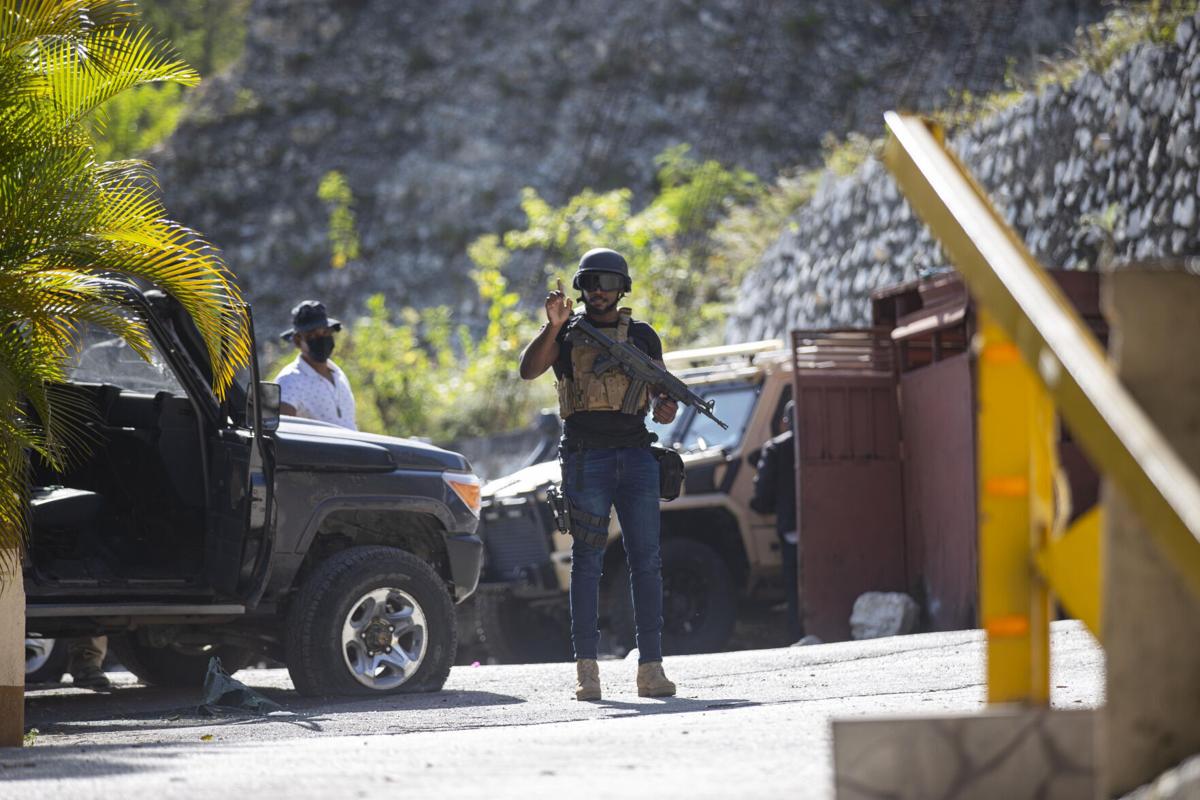 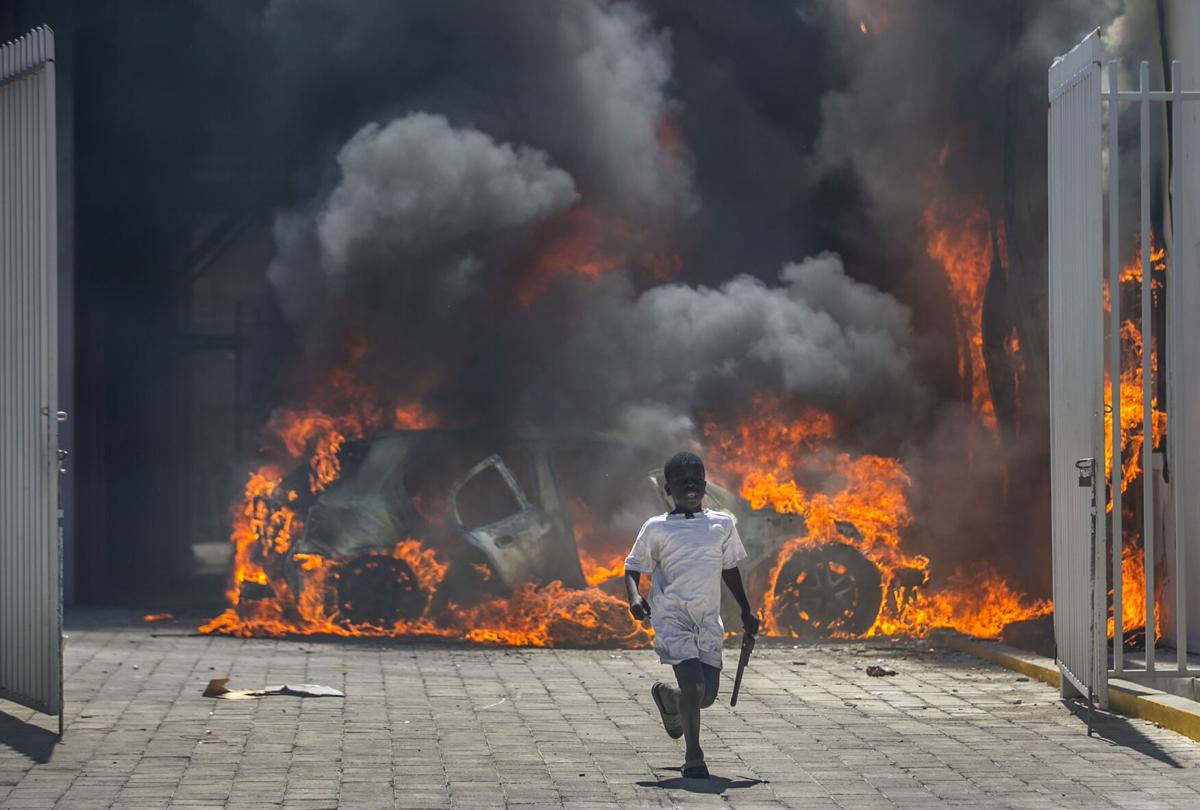 A boy runs out from the Nissan auto dealership set ablaze during a protest by a sector of the police force known as Fantom 509 in Port-au-Prince, Haiti, Wednesday, March 17, 2021. 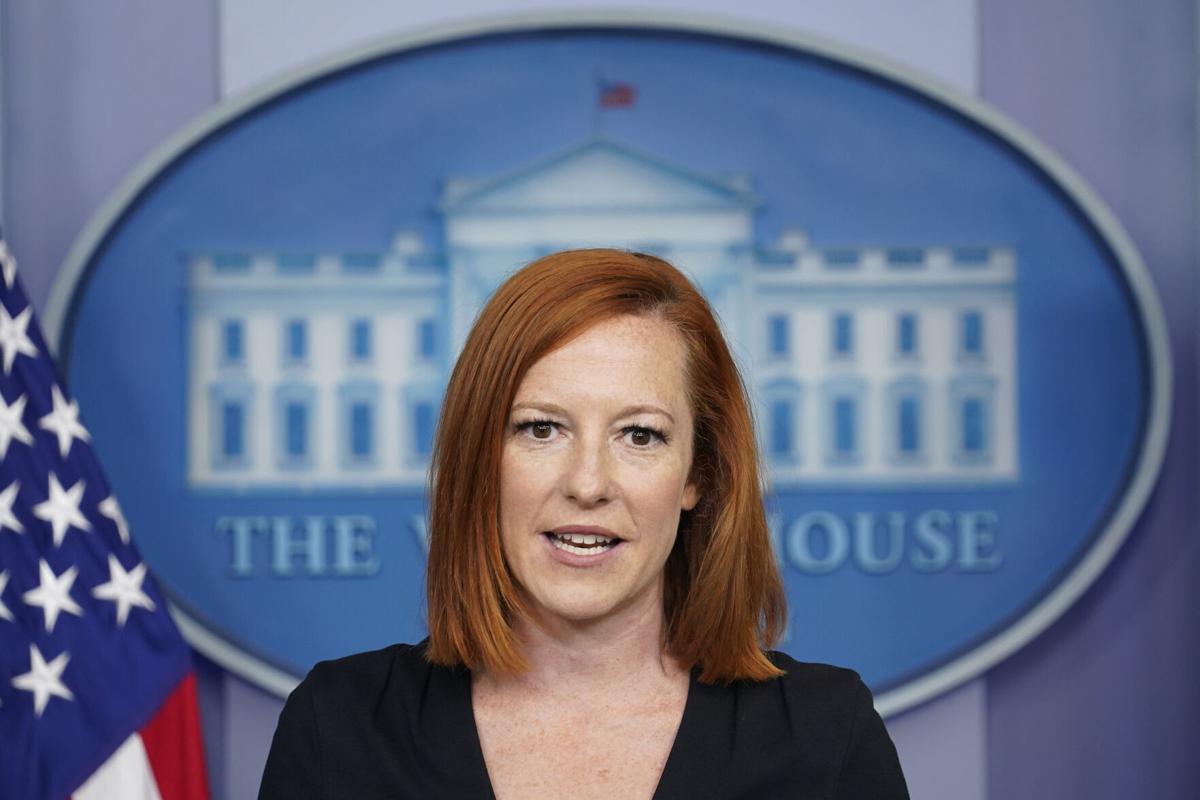