Monday Night Football: Scores and updates from the Cowboys vs. Giants

Over the last month the Rapid City Marshals faced a lot of turmoil within the organization, but the franchise’s new owners, Wes Johnson and his sister Rebecca Chapman, sought to calm the waters last weekend.

Pick Six Entertainment sold the organization on May 7, halfway through the Marshals' inaugural season in the Champions Indoor Football League.

Leading up to their home game Saturday, members of the team and coaching staff dealt with a lot of confusion in the wake of the purchase, until Johnson and Chapman met with the team at their Friday walk-through.

“We wanted to tell them we are here to stay,” Johnson said. “There is no transfer of ownership again after this season is over. We told them we don’t have much control over what is happening right now with the way things are going but we want to be an influence. We wanted them to know who we are and for them to play and not to think about anything else.”

The Marshals responded well to the pep talk with a 56-55 overtime win over the Wyoming Mustangs Saturday at Summit Arena.

“It means everything because we have had a lot of turmoil going on in our organization,” he said.

Johnson thought the introduction went well and felt validated for the decision to purchase the team, as he and his sister cheered on the Marshals behind the team bench. The two hope to bring a fun family atmosphere to the franchise.

“We have an older sister and a younger brother, so we have always kind of been banded together in things that we do,” Johnson said. “We are a lot alike and we are going to be great business partners and bring a lot of fun to this organization for Rapid City.”

Before taking on this venture, the duo attempted to buy the Mustangs from Pick Six Entertainment in March, but another group in Gillette outbid them, so Johnson flew to Texas to meet with a business consultant about starting a new team.

On his visit to the Lone Star State, Johnson ran into Keith Russ, co-owner of Pick Six Entertainment, and threw out the idea of buying the Marshals from the organization.

“He told me to make an offer,” Johnson said. “The next day I made an offer to him and we discussed it. Then over the next couple of weeks we hashed out the details and came to a consensus, and now we are where we are today.”

According to the purchase agreement, Pick Six will continue to run daily operations for the Marshals this season, but Johnson and Chapman have already started investing in the future of the team in Rapid City.

Johnson and Chapman hope to release details for a season-ending event with the team and community to signal the official transfer of ownership soon.

The Marshals return to the turf at 7 p.m. Monday at Summit Arena for their home finale against the Omaha Beef.

The Marshals came from behind several times Saturday to claim an overtime win over Wyoming at the Summit Arena.

South Florida gearing up for impacts from Hurricane Ian 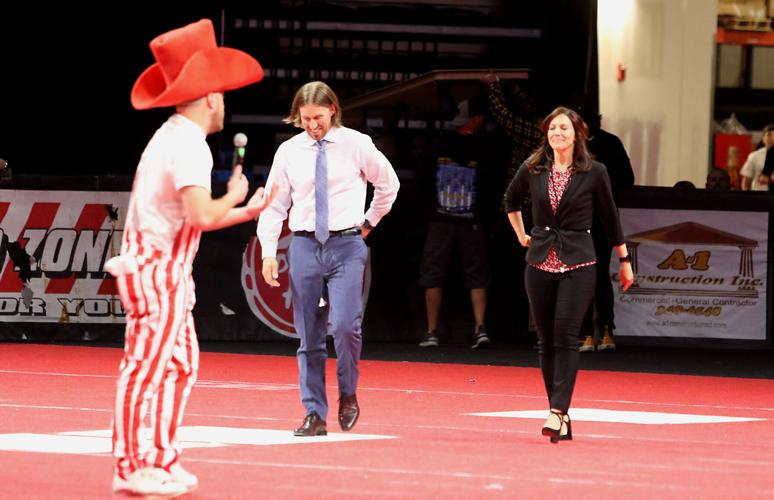 New Rapid City Marshals owners Wes Johnson and Rebecca Chapman are introduced during the team's May 21 game against the Wyoming Mustangs at Summit Arena. 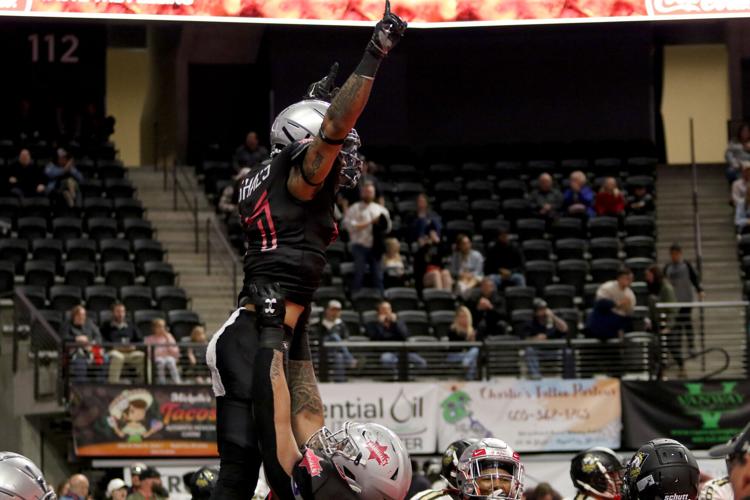 Rapid City receiver Zee Roberson is lifted high in the air by lineman Shay Roberts after scoring a touchdown in the second half of the Marshals' overtime win over Wyoming Saturday night at the Summit Arena. 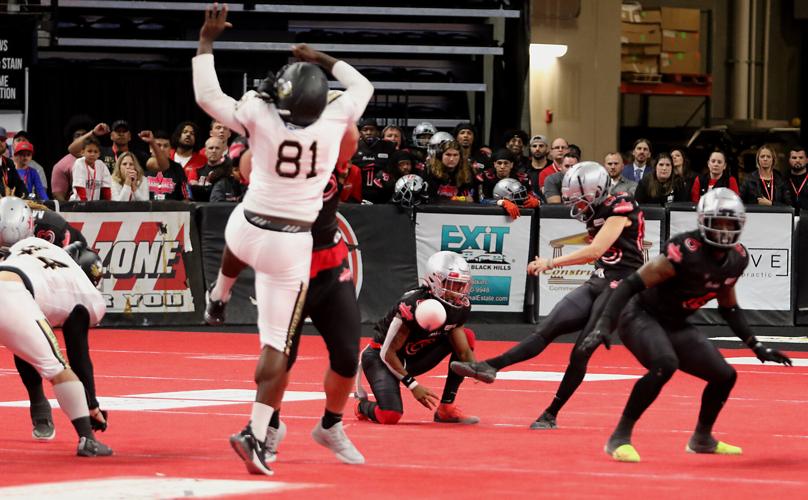 Rapid City kicker Melissa Strother attempts a field goal in the first half Saturday. Strother gave the Marshals a lead at the half and hit an extra point in overtime that became the winning point.