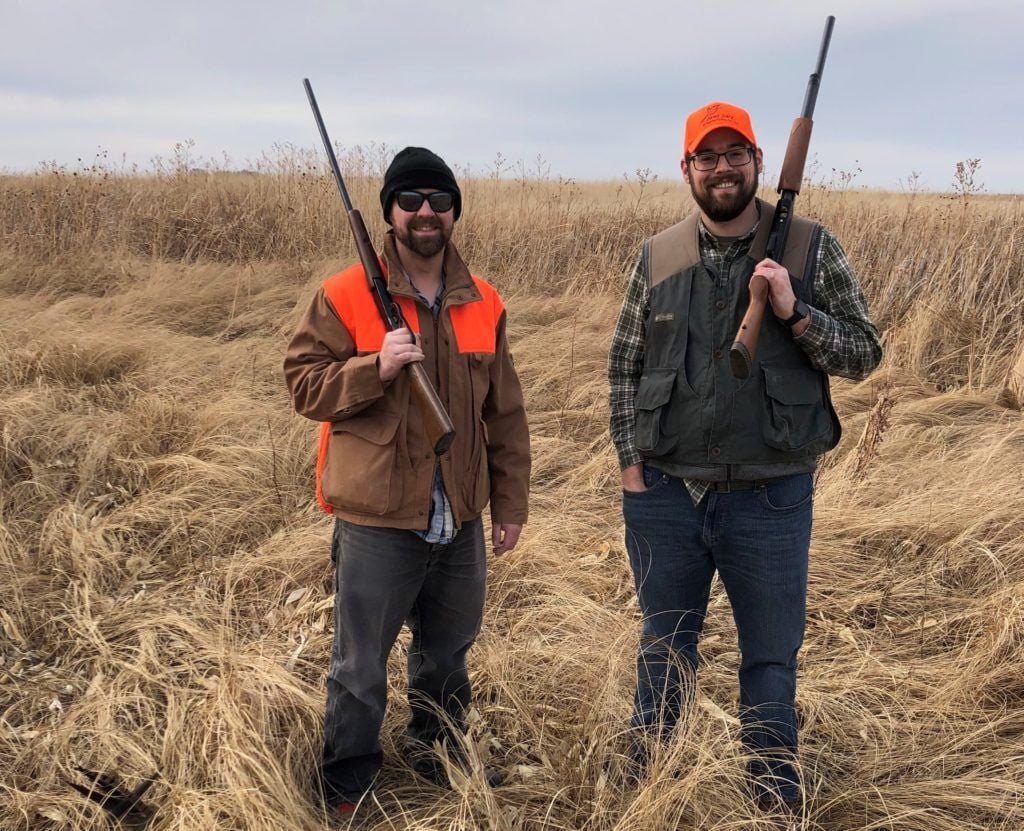 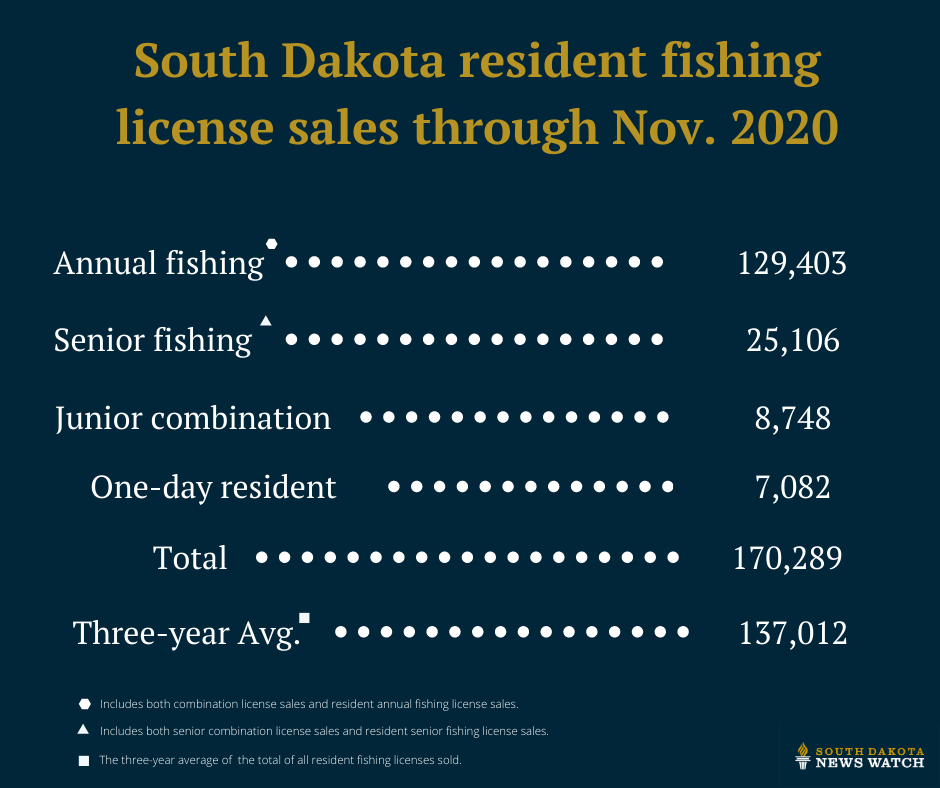 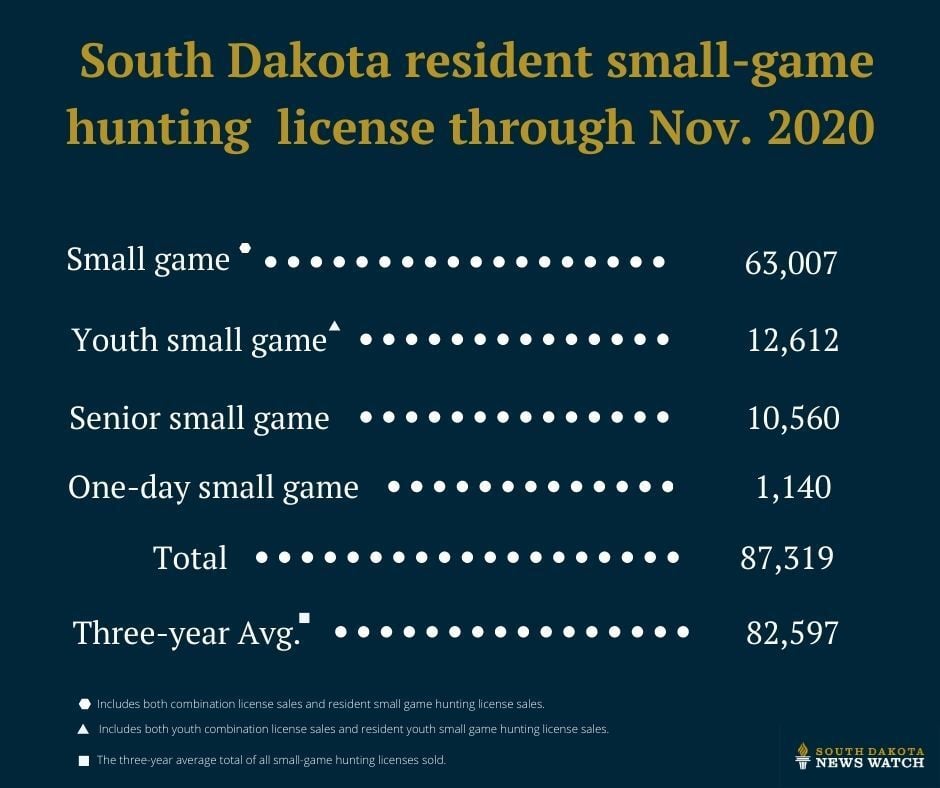 South Dakota’s billion-dollar outdoor recreation economy boomed in 2020, providing a much-needed economic boost while giving hope to wildlife management agencies that they can reverse a long-term decline in the number of licensed hunters and anglers.

As movie theaters closed, concerts were canceled, stores shut down and other indoor activities were curtailed by efforts to slow the spread of COVID-19, tens of thousands of South Dakotans turned to the outdoors in 2020. State park visitation reached near-record levels; online birding groups saw membership skyrocket; campgrounds struggled to keep up with demand, and the sale of hunting and fishing licenses boomed.

Despite waiving entry fees and not collecting visitor information for almost two months at the start of the pandemic, state park visitation in 2020 has been roughly 31% higher than it was in 2019, said Al Nedved, deputy director of the South Dakota Game, Fish & Parks Department’s parks division.

“It was pretty evident early on that the outdoors were going to be a place where people could exercise or just relax or whatever they like to do and do it safely,” Nedved said.

“I would say activity on our Facebook page has increased several hundred percent since the pandemic began,” Jensen said. “I’m probably getting two or three membership requests a day.”

“I definitely noticed a large increase in the number of people not only paddling with us but also just out at the lakes fishing or swimming. I took up whitewater kayaking this year and did a lot of skills practice out at Lake Alvin,” Taylor said. ” My boyfriend and I were there nearly every weekday evening in April, May and June. Sometimes parking was limited because there were so many people.”

Meanwhile, classes on everything from archery to plant identification have been filling up quickly when staff at the Game, Fish & Parks Department Outdoor Campus in Sioux Falls post them online, said campus director David Parker.

“There just seemed to be a large interest in getting outside,” Parker said.

The state estimates the overall economic value of outdoor recreation at more than $1.9 billion annually. Outdoor enthusiasts are a significant driver of the state’s environmental conservation efforts. For example, hunters and anglers fund most state wildlife and habitat conservation efforts by buying licenses and paying excise taxes on equipment.

While it isn’t surprising that more people headed outdoors during the pandemic, what has been surprising nationally and in South Dakota is a sharp rise in the number of people who gave hunting and fishing a try.

“This year was huge,” said Taniya Bethke, the education and recruitment, reactivation and retention coordinator for the Game, Fish & Parks wildlife division. She is responsible for the departmental efforts to recruit new hunters.

Before 2020, there had been a decades-long, nationwide decline in the number of licensed hunters and anglers, a population that has historically been dominated by white, male Baby Boomers. Younger generations have not been recruited into hunting or fishing fast enough to replace aging and dying boomers, which created a looming crisis for conservation funding.

Hunters and anglers provide the vast majority of funding for the state wildlife agencies responsible for most wildlife management and conservation work in the U.S.

In South Dakota, more than 96% of the GFP Wildlife Division’s $58.5 million budget consists of either license sales revenue or federal grants derived from excise taxes levied on guns, ammunition and fishing equipment.

Lacy Elrod was one of the thousands of new and returning hunters in South Dakota in 2020. She spent several unusually warm November afternoons in the Black Hills National Forest hunting for a white-tailed deer to feed her family.

“I’m very passionate about conservation, so this is a really great way for me to participate in conservation as well as to help manage populations,” said Elrod, director of the GFP Outdoor Campus West in Rapid City.

Elrod had hunted deer a few times with her father while growing up but quit hunting in high school. She returned to hunting in 2020 thanks, in part, to a GFP program called Hunting 101. The program helps novice hunters learn basics such as finding places to hunt, hunting regulations and species identification as well as safety. New hunters also are paired up with a mentor to help get them through their first hunt.

Eventually, Elrod was able to kill a whitetail doe.

“Learning how to field-dress my deer for the first time was a great experience from the get-go. Then getting it back to where we could butcher it gave me a sense of pride that I had provided for my family,” Elrod said.