Of the six state championships Kelvin Torve has been a part of with Rapid City Post 22, he said this year’s was the most special.

The Hardhats entered the American Legion Baseball Central Plains Regional Tournament not only as the team that won the bid to host, but as South Dakota state champions after an unexpected run.

A deep run at regionals was still a tall order, facing top-notch competition, and on Thursday they were knocked out of it, falling 7-2 to Mankato Post 11 for their second loss of the tournament as their 44th state championship season came to a close at Fitzgerald Stadium.

“I’m sad. I love this team,” an emotional Wyatt Anderson said postgame. “This was probably the most fun team I’ve played for. A lot of guys on this team mean a lot to me.”

Similar to the state tournament, Post 22 lost on Wednesday and needed to win four games in a row to grab the title, but costly mistakes put the Hardhats in a hole this time, and their bats just couldn’t dig them out against a defensively sound Mankato squad.

“We played better. We played with more intensity, but it’s national regionals; better isn’t good enough,” said Torve, the Hardhats’ head coach. “When you’re playing on a national level, best is what it takes. We were better, we improved, but I think this is a stepping stone for next year and the years following.”

A large chunk of underclassmen now have the experience of winning a state title and playing in regionals under their belts. Post 22 graduates Anderson, Jacob Solano, Ryker Henne and Palmer Jacobs, leaving the vast majority of the team slated to return in 2023.

“These teams are great. This is big-boy baseball,” Anderson said. “This isn’t South Dakota legion baseball anymore, so hopefully we have 15 guys returning next year and those 15 guys know what it means to compete against these guys, and they’re going to show out a lot better.”

Anderson homered in his final game in a Hardhats jersey, a leadoff shot out of right field to get Post 22 on the board in the fourth inning. Hayden Holec, who has been largely sidelined for the past month with a hamstring injury, was back in the lineup as the designated hitter, eventually moving to third, in the six-hole and tallied two of his squad’s four hits. Harrison Good picked up the other hit and scored the second run of the contest.

Lefty Lee Neugebauer got the start on the mound and went four innings, surrendering six runs (all earned) on five hits and six walks while striking out two. Anderson also tossed the final three innings in relief, giving up one earned run on two hits and fanning three without allowing a walk.

“We played fairly clean defense, walks kind of hurt us today,” Torve said. “But when you’re playing teams at the national level, they take advantage of mistakes, and we made mistakes and they didn’t today and that was the story.”

After two scoreless frames to begin the game, Mankato, based out of Minnesota, got on the board after Neugebauer gave up a no-out, bases-loaded walk on a full count. A sacrifice-fly out to center field plated a second run before an RBI-double on a ball to the outfield that center fielder Jed Jenson dove for but couldn’t reel in made it 3-0.

With the bases loaded again in the fourth inning, this time with two outs, a passed ball allowed a Mankato runner to score from third, then a two-run double during the same at-bat gave it a 6-0 lead.

The Hardhats started to make their push in the bottom-half of the fourth with Anderson’s home run. Good and Holec followed up the dinger with base hits to put two runners on with one out, then Good stole third and hustled home after the throw from the catcher trying to get him out sailed into the outfield, cutting Post 22’s deficit to 6-2.

Holec advanced to second on the play, but didn’t get any closer to scoring as a strikeout and a ground out ended the frame. The Hardhats never made much of a threat after that, getting a runner on second with two outs in the fifth inning, but a strikeout looking quelled the chance.

Mankato added an insurance run in the seventh. A double to right field moved a runner from first to third, then the throw in dribbled into the infield grass, allowing the runner to cross home plate and make it a 7-2 ballgame.

AMBER ALERT: Endangered children believed to be in South Dakota 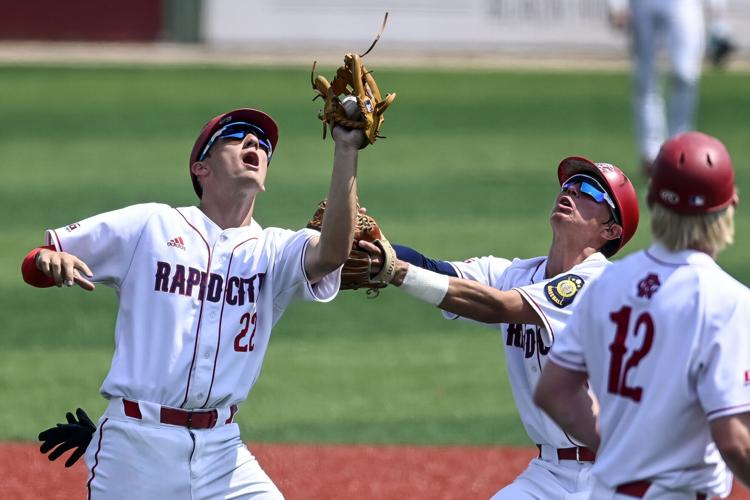 Post 22's Wyatt Anderson fields a fly ball as shortstop Wilson Kieffer collides into him as pitcher Lee Neugebauer (12) watches the play unfold during a game against Mankato (Minn.) on the second day of the Central Plains Regionals on Thursday at Fitzgerald Stadium. 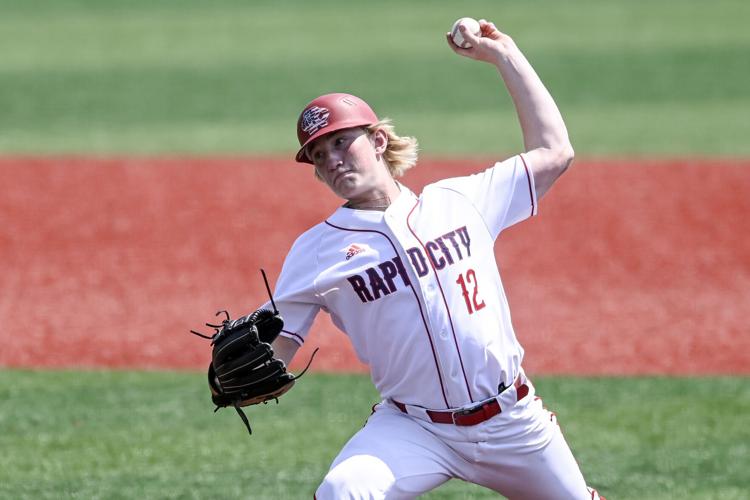 Post 22's Lee Neugebauer (12) pitches during a game against Mankato (Minn.) on the second day of the Central Plains Regionals on Thursday at Fitzgerald Stadium. 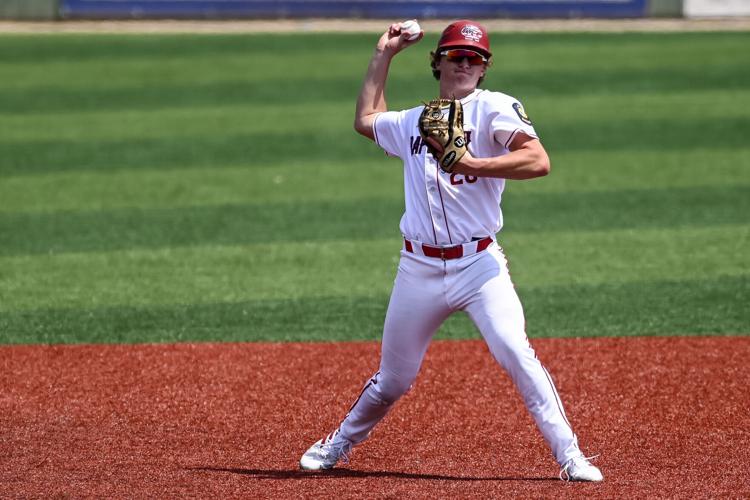 Post 22's Hayden Holec throws over to first during a game against Mankato (Minn.) on the second day of the Central Plains Regionals on Thursday at Fitzgerald Stadium. 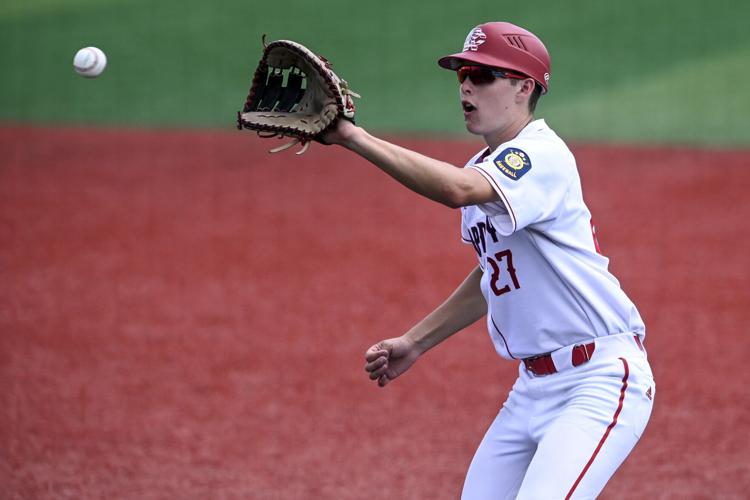 Post 22's Alex Dietrich fields a throw to first base for an out during a game against Mankato (Minn.) on the second day of the Central Plains Regionals on Thursday at Fitzgerald Stadium.