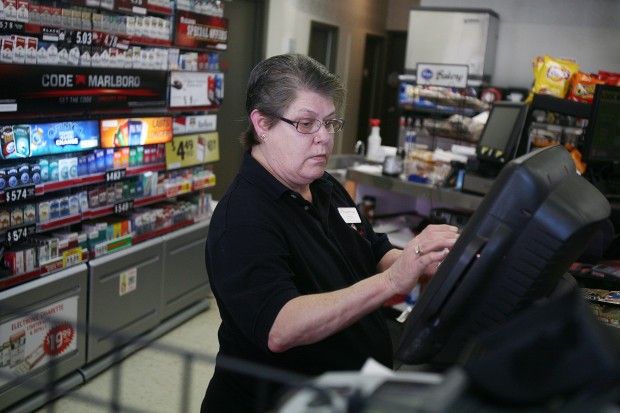 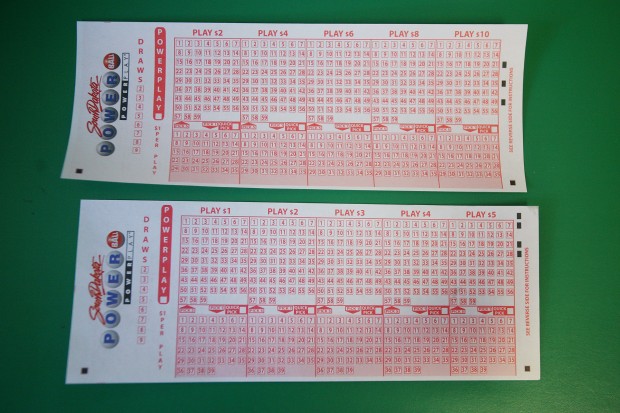 A new Powerball ticket, top, is placed next to an old Powerball ticket at the Loaf 'N Jug along Mt. Rushmore Road in Rapid City on Sunday, Jan. 15, 2012. (Aaron Rosenblatt/Journal staff) 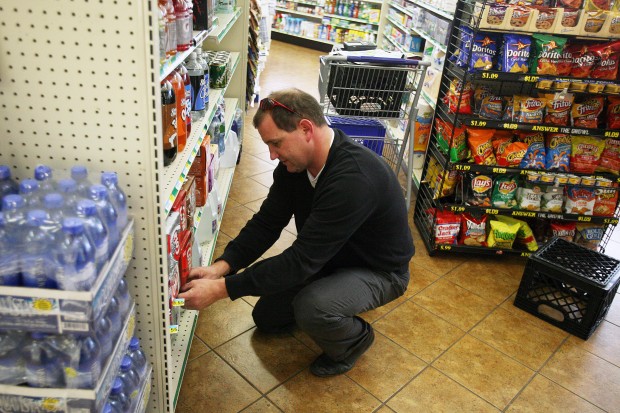 South Dakotans must double their bet by $1 to play for the Powerball jackpots.

Effective Sunday, players in the multi-state lottery game now pay $2 per Powerball ticket doubling their investment for the promise of higher jackpots and better odds, according to the South Dakota Lottery.

Under the new rules, the prizes are higher with the jackpots increasing from $20 million to $40 million, the Match 5 second prize jumps from $200,000 to $1 million and the Match 5 second prize with the Power Play option doubles to $2 million. The odds of winning a prize improve from 1 in 35 to 1 in 31.8 and the odds of claiming the jackpot go from 1 in 195.2 million to 1 in 175.2 million. The first five numbers selected are still chosen from a pool of 59 but the pool for the Powerball number will drop from 39 to 35.

The extra dollar did not faze Ryan Payte, a regular Powerball player, who was on his way out of the Loaf ‘N Jug on Mount Rushmore Road in Rapid City after buying a couple of sodas on Sunday afternoon. He planned to keep playing the game every week along with others offered by the South Dakota Lottery.

He plays other games such as Dakota Cash and Hot Lotto more regularly, but enjoys playing Powerball for the larger possible payouts. He did not mind forking over the additional dollar for even higher payouts. Payte did not pick up a Powerball ticket on Sunday because he always buys it on the day of the drawing, Wednesday and Saturday.

Carolyn Solano, a sales associate at the Loaf ‘N Jug, did not expect the higher price to sway many regular lottery players. Most of her customers just wanted to know when the new price went into effect.

"I don't think it's going to make any difference. If they want to play they're going to play," said Solano, who sold a $10,000 Mega Millions ticket to a Cheyenne, Wyo., man last month.

The general manager of Don's Valley Express on North Haines, Fred Solano, did not expect the $1 increase to affect the regular lottery players, but would make those who jump in only when the jackpot is huge think twice about playing. He added that the regular players have known the increase was coming.

"They may have a few people drop off of it," Fred Solano said. "The real shock is going to be to the people that hardly ever play it."

The price hike went into effect in 42 states, including South Dakota, plus the U.S. Virgin Islands and Washington D.C. on Sunday. The increase is meant to differentiate Powerball from Mega Millions, another big-money, multi-state lottery game that sells for $1 a ticket. Both have drawings twice a week but are played on different nights.

Gary Bundy, the assistant store manager of the Loaf ‘N Jug on Mount Rushmore Road, expected customers to pick the $1 games like Mega Millions for the more regular payouts.

"It's too much money for the jackpots," Bundy said. "They want smaller jackpots and more winners."

By Sunday afternoon, the Loaf ‘N Jug had sold just three of the higher priced Powerball tickets, but Bundy said Sunday was a slow day for ticket sales since most people buy Powerball tickets on the day before or the day of the Wednesday and Saturday drawings.

Fred Solano said the impact of the extra dollar and new rules will be more clear six months from now, and people will either decide it's worth it or they'll stop playing it.

The first drawing under the new price is set for Wednesday.

The Associated Press contributed to this report.

Powerball jackpots start at $40 million and grow until someone wins. Tickets cost $2 per play for each drawing, effective Sunday. For an additional $1 per play, you can increase your prizes, except for the jackpot and win up to $2 million with Power Play.

For more information, visit powerball.com or lottery.sd.gov and click on "powerball" on the left side menu.

A new Powerball ticket, top, is placed next to an old Powerball ticket at the Loaf 'N Jug along Mt. Rushmore Road in Rapid City on Sunday, Jan. 15, 2012. (Aaron Rosenblatt/Journal staff)