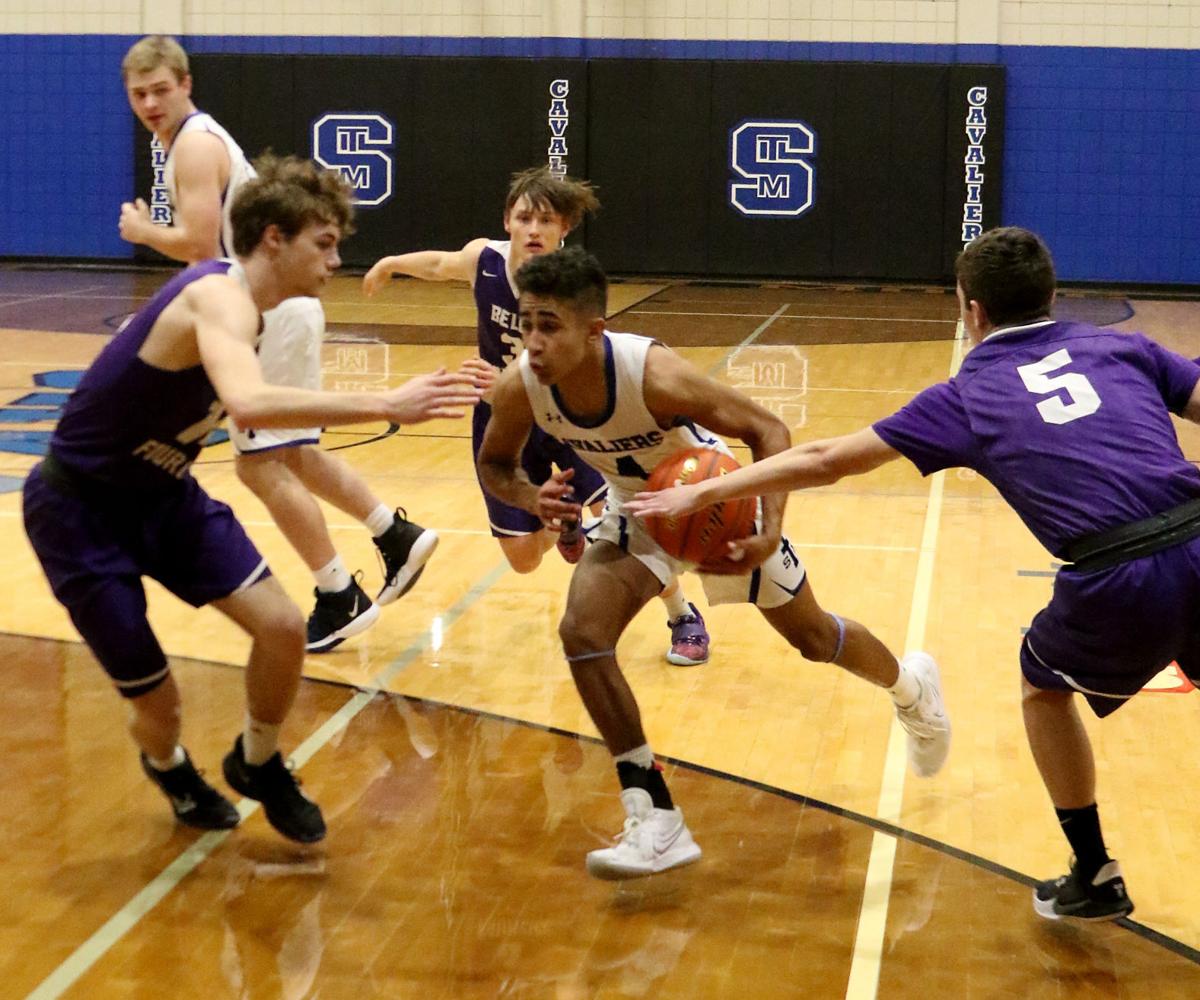 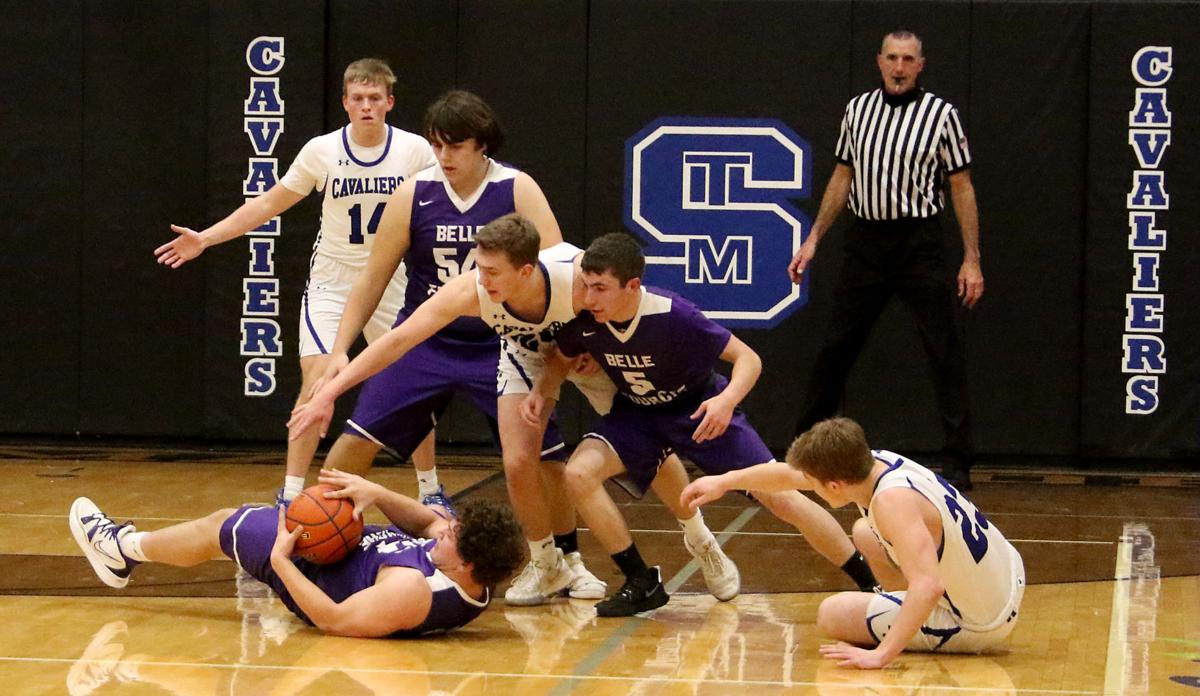 Belle Fourche's Brextin Garza looks for a teammate after gaining control of the ball after a scramble on the floor.

The St. Thomas More boys basketball team used a third quarter surge to run away with a 50-27 victory over Belle Fourche on their home court in their regular season finale Monday evening.

The Cavaliers (17-3), playing strong defense all game, took a 10-5 advantage after the first quarter and played equally-matched basketball with the Broncs (9-10) in the second, barely outscoring their opponents 11-10 in the frame and leading 21-15 at halftime.

Gabe Heck drilled a pair of 3-pointers for Belle Fourche in the second period to keep his squad's deficit close.

Coming out of the break, fueled by eight points from Ryan Wojcik and six points from Jack Green, who combined had scored just four in the first half, STM outscored Belle Fourche 20-5 in the third quarter to stretch its lead to 19, 41-22, entering the final frame.

Green hit a 3 in the fourth quarter to help seal the 23-point win and extend the Cavaliers' winning streak to four games. In doing so, St. Thomas More equaled its third fewest points allowed this season, while holding the Broncs to their fewest points scored on offense.

Wojcik, along with Ben Feist, finished with a game-high 14 points for the Cavaliers, while Green ended with 10 points. Heck led the Broncs with nine points, and Aiden Griffin chipped in seven.

STM, the top-seed in the Region 7A/8A Tournament, awaits its first-round opponent while Belle Fourche wraps up its regular season slate Friday with a home game against Mobridge-Pollock.

Hot Springs 76, Edgemont 44: The Bison exploded for 30 points in the fourth quarter, turning a 14-point lead into a 32-point win over the Moguls Monday on the road.

Caleb Simons led Edgemont (5-13) with a game-high 19 points and recorded a double-double with 10 rebounds, while Braden Peterson chipped in 13 points.

While the Moguls have finished their regular season, the Bison conclude theirs with a road game against Rapid City Christian on Friday.

Custer 75, Hill City 42: Custer earned the season sweep over the Rangers on Monday and extended its winning streak to five games.

Both squads await their first-round opponent in the Region 7A/8A Tournament.

New Underwood 66, Bennett County 53: The Tigers overcame a first-quarter deficit to top the Warriors by 13 points Monday at home.

After going down 19-15 in the opening frame, New Underwood (7-11) took the lead in the second quarter and held off Bennett County (5-13) the rest of the way.

Bennett County wrapped up its regular season with the loss, while New Underwood finishes its slate with a home game against Jones County on Friday.

Belle Fourche's Brextin Garza looks for a teammate after gaining control of the ball after a scramble on the floor.