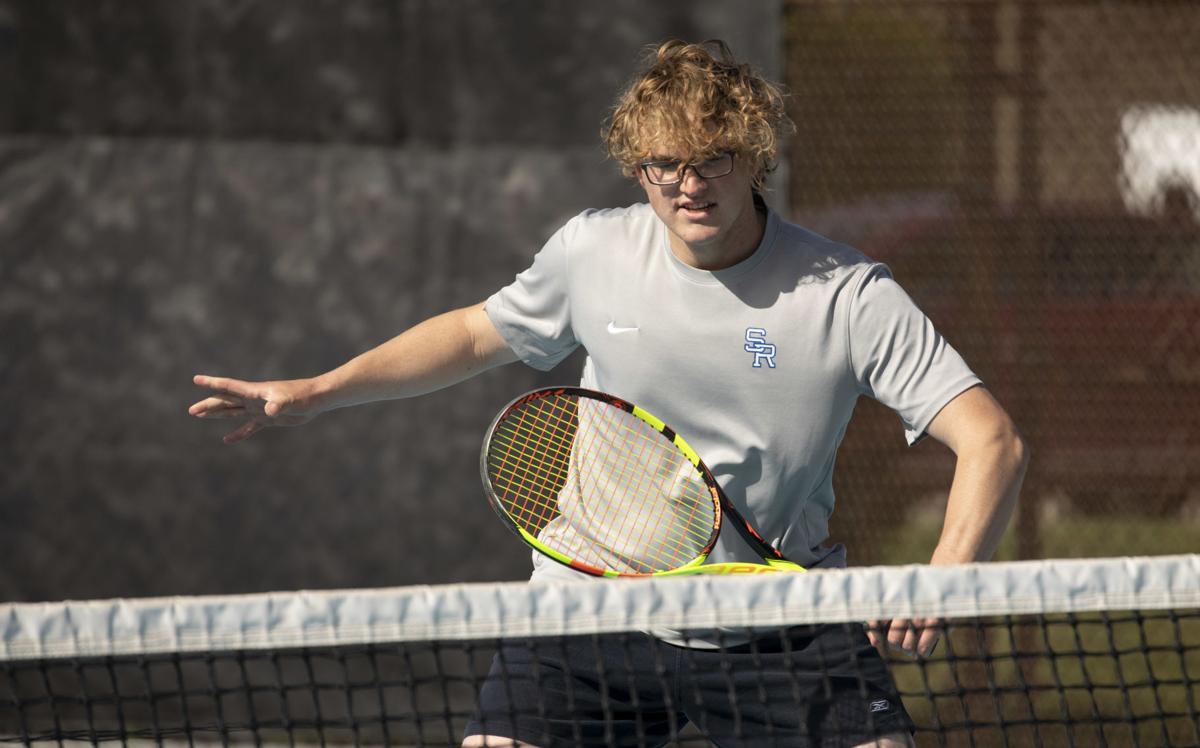 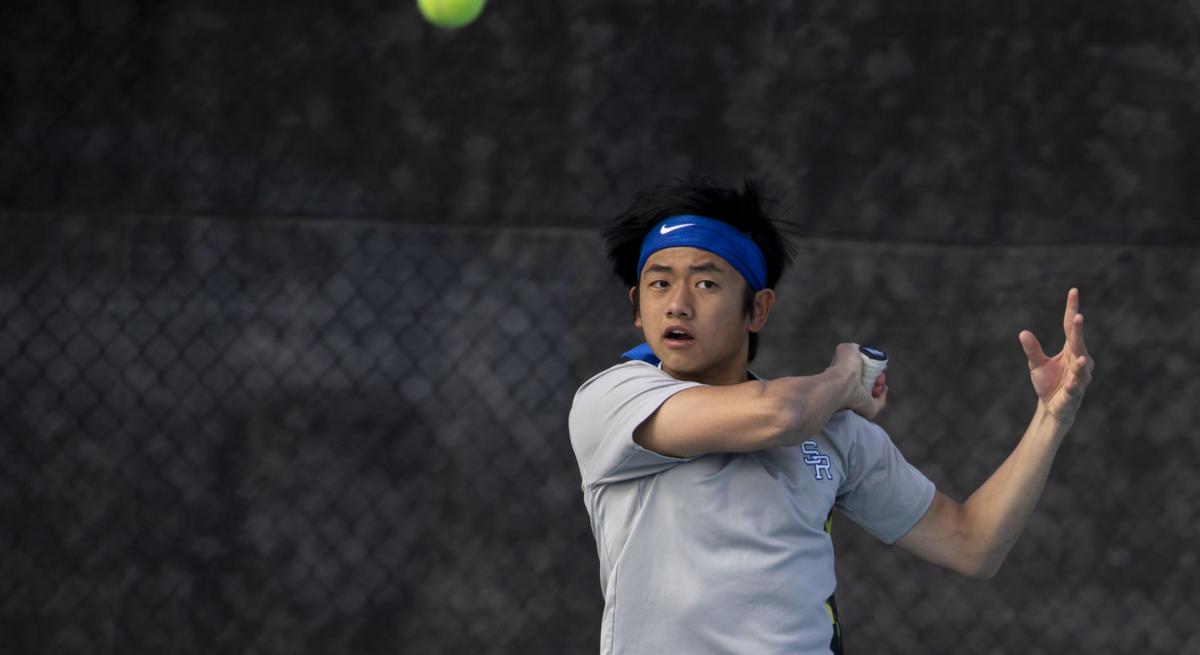 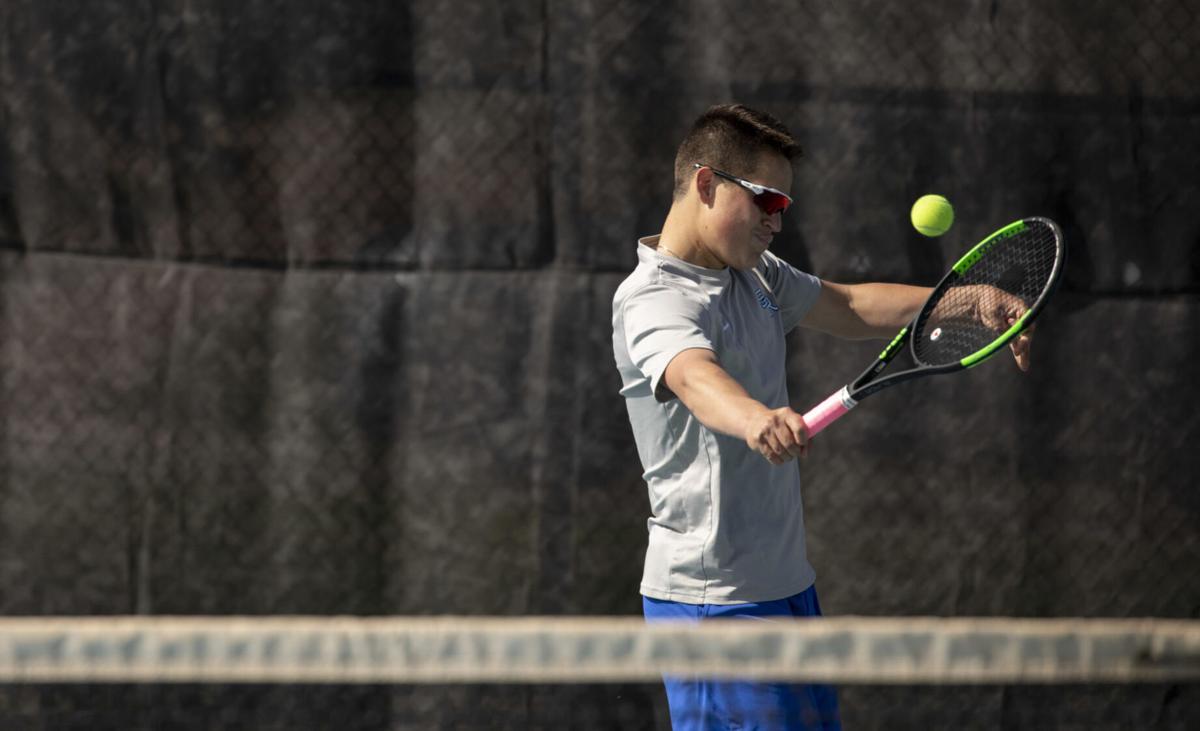 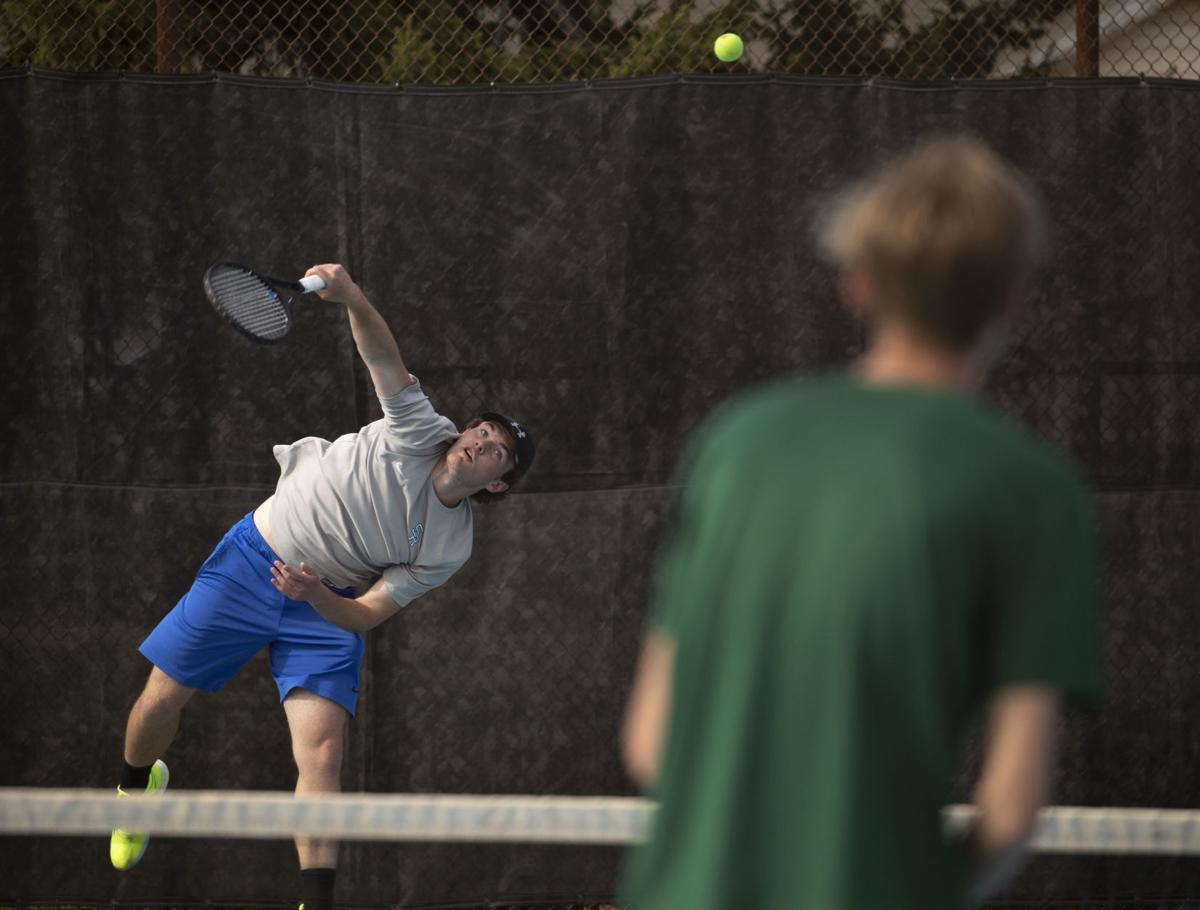 With the win, the Raiders moved to 13-2 in duals and will face Aberdeen Central at 9 a.m., before stating the doubles portion of the invitational at noon.

After dropping the first match in singles play, it was all Stevens as the Raiders outscored the Cavaliers 60-5 in the other five singles matches. Michael Tang, at No. 2 single, Thomas Postma at No. 5 and Conor Cruse at No. 6, all earned 6-0, 6-0 wins.

The dual action of the invitational continues at 9 a.m. on Friday at Sioux Park and Parkview. The doubles tournament begins at noon at both sites.

Caelyn Valandra-Prue of White River and New Underwood's Cerington Jones battled for the first of two straight days, as they competed in the Cecil Johnson Invitational track and field meet Thursday at the Lyman Athletic Complex.

Valandra-Prue won both races -- the 100-meter dash and the 200 -- and both will compete in the Special 200 Friday night at the Howard Wood Dakota Relays in Sioux Falls.

Adam Bohnet of Winner, Dylan Marshall of White River and Tracy Nielsen of Stanley County were all double winners in the boys' division.

Area thinclads to compete in special events at Howard Wood

In the boys' 800, Keenan Urdialis from Spearfish, Simeon Birnbaum from Rapid City Stevens and Cody Farland from St. Thomas More are scheduled to compete.

Merchen scores in U14 team's win at nationals

Colton Merchen of the Rushmore Thunder scored one goal and had one assist as the Team South Dakota U14 boys' hockey squad opened the U14 nationals in Dallas with a 7-2 win over Nashville TN Flyers on Thursday.

The team is comprised of 13-14 year olds from across the state.

Team South Dakota U16 beat Park City, Utah 9-4 Thursday in its national tournament in Grand Rapids, Mich. Playing from the Thunder are Brayden Fine and Dawson Wirth. No other information was made possible.

STURGIS 13, RAPID CITY STEVENS 5: The Scoopers used a seven-run sixth inning to break away from the Raiders Thursday night at Strong Field.

Sturgis was up by just a 6-5 score going into the sixth.

Conner Knudsen and Colton Nesland both had two hits and one RBI for the Raiders.