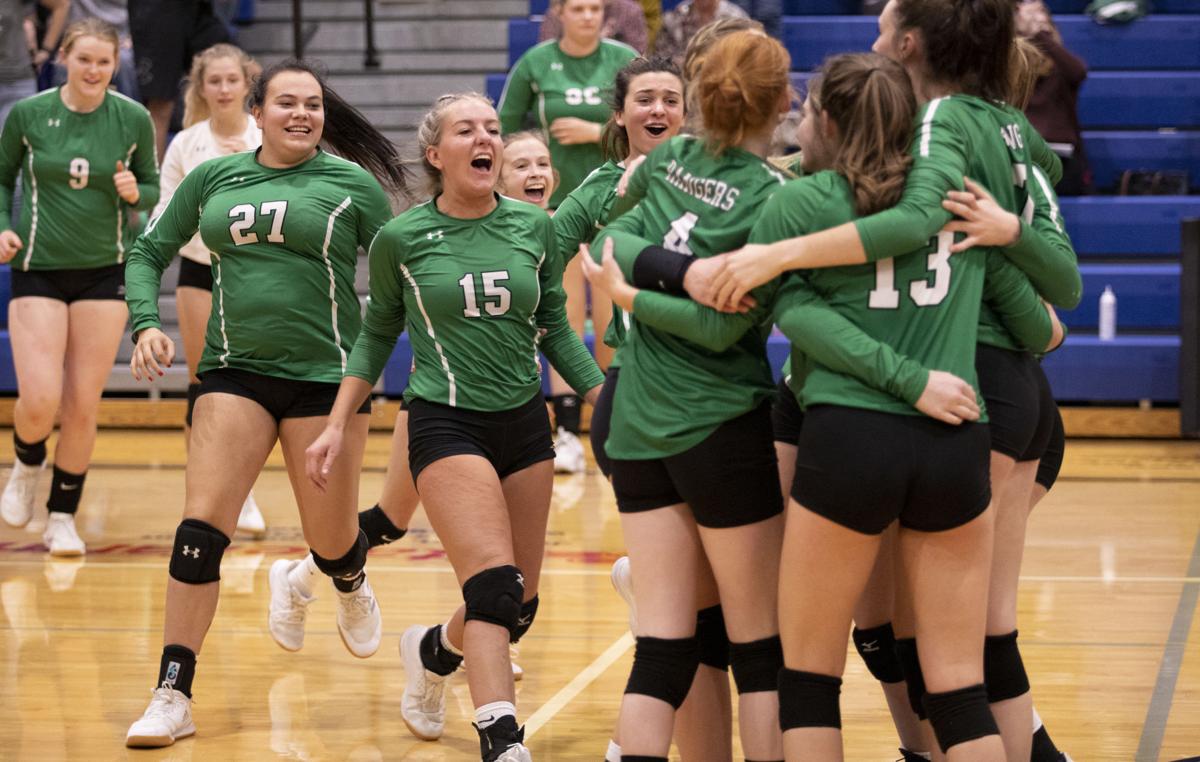 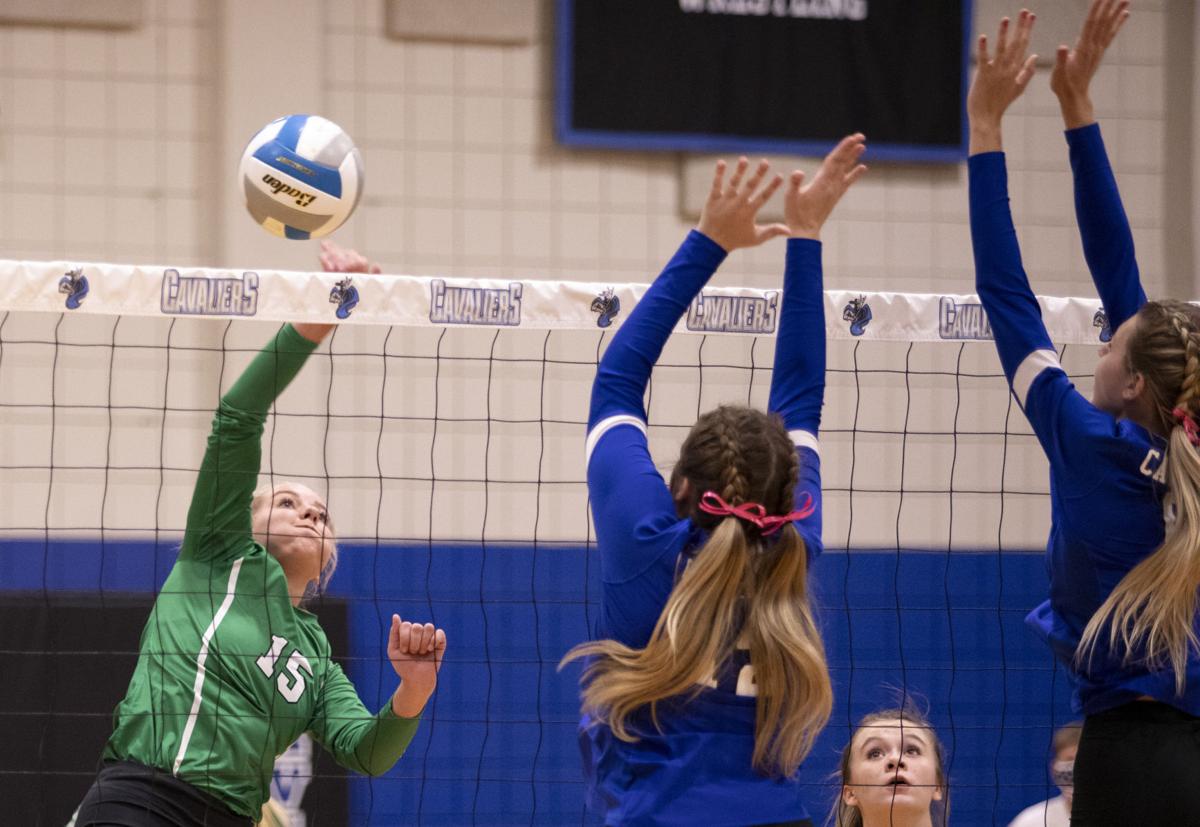 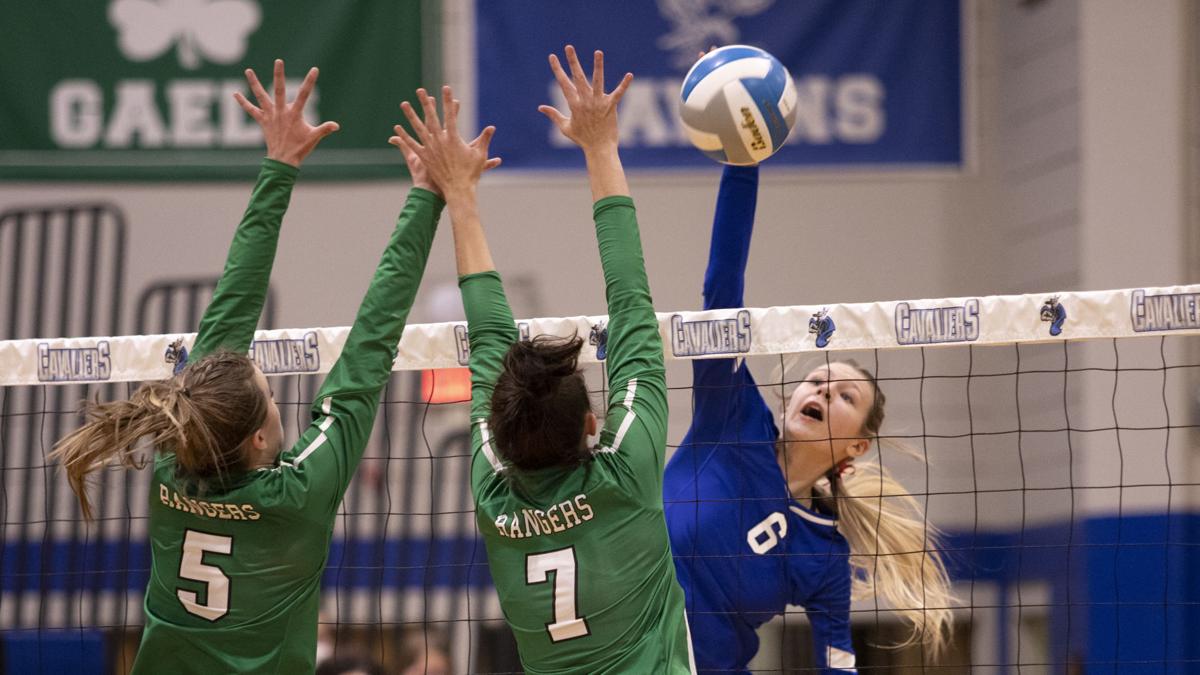 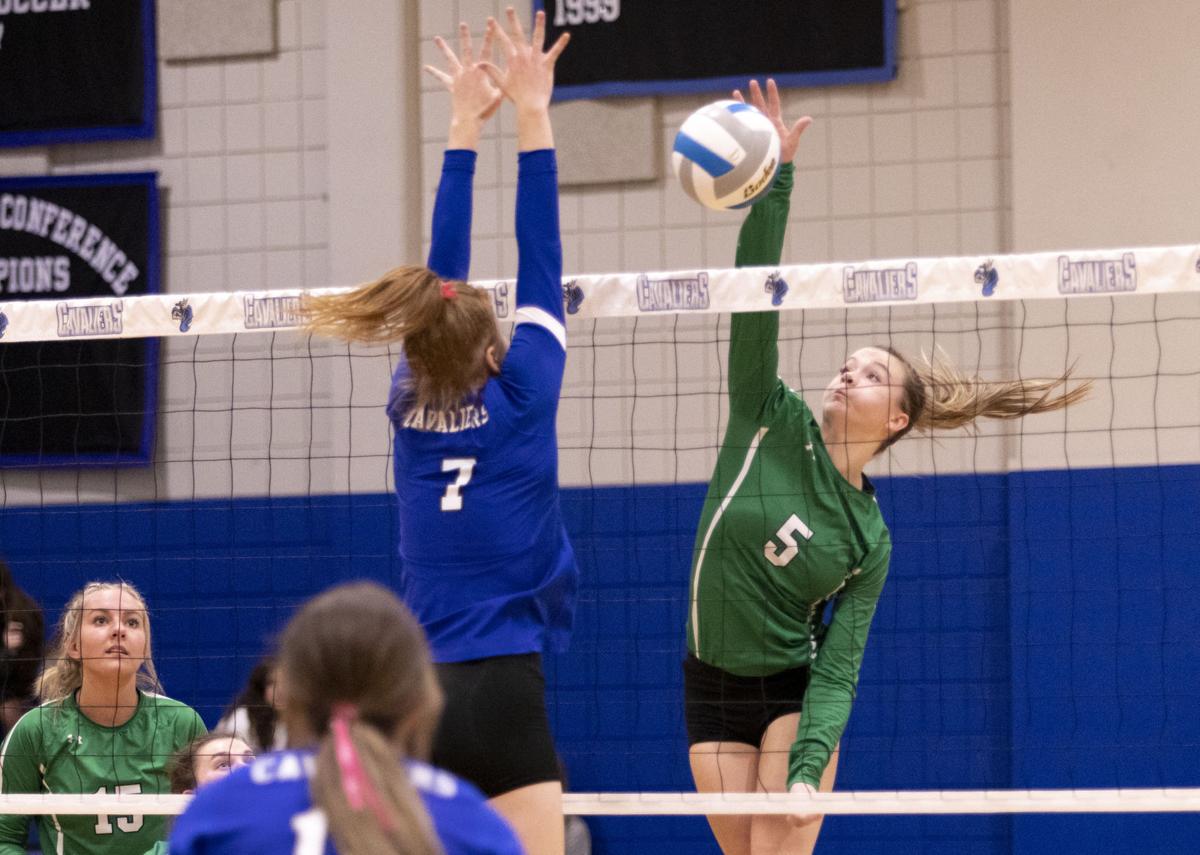 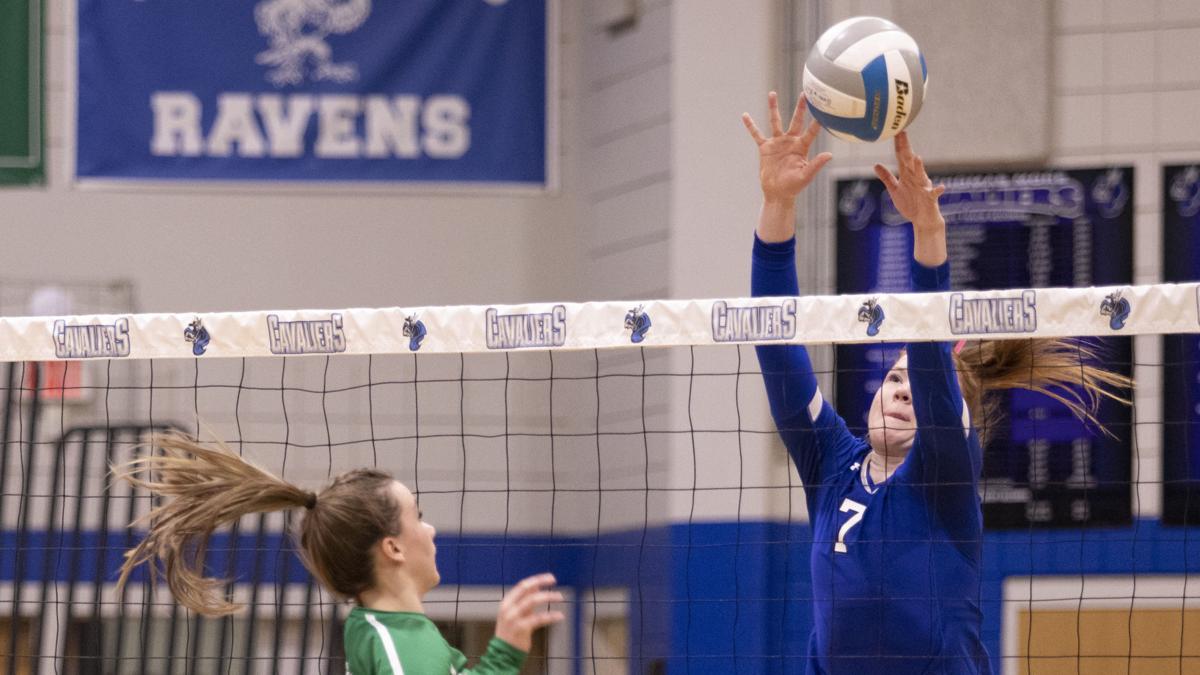 In a sport where every point is important, the Hill City Rangers make sure they get the big points when it counts the most.

The win enabled Hill City to get victories over both Rapid City Christian and STM in the last week as they look to keep the momentum rolling into the postseason in a couple of weeks.

"We're happy about it, and we know we can't take any team for granted, so we just keep taking it one-match-at-a-time," Hill City head coach Lindsy Wathen said.

St. Thomas More led for much of the first half of set one as sophomore middle hitter Reese Ross took control of the net, only to see the Rangers rally for their first lead since 3-1 at 14-13.

Consecutive kills by Dale Schrier and Abby Siemonsma put the Rangers up by three, only to see the Cavs come back and tie things up at 20-20.

It was even at 22-22 before the Cavs came out on top on kills by senior Haleigh Timmer and Ross, and a hitting error on the Rangers.

Hill City had a slight lead through much of the second game, but STM rallied briefly late and led 19-17 on a 6-0 run, keyed by three kills by Ross, a kill by Timmer and a block by Timmer and junior Mairin Duffy.

But Hill City regained the momentum and lead on a block by Hailey Wathen and got two kills by Wathen for a 24-20 lead at game-point.

STM came back to cut the lead to 24-23, but senior Whitney Edwards put a nice shot to the right corner of the court for the set-winner.

A kill by Siemonsma and a STM hitting error put the Rangers up 6-5 early in the third game and they never trailed again, using a 5-1 run for a six-point lead. An ace and kill by Hailey Wathen clinched the third-set win for a 2-1 lead.

Hill City never trailed in the fourth set, although the Cavaliers stayed close at times, trailing 11-9 and 20-18 after a kill by Timmer and a Ross block.

A service ace by Sophia Janssen kept it a 22-20 game, but Hill City finished off the Cavaliers with the final three points on a big block by Schrier on a hard hit from Ross, a Schrier kill and then a hitting error to end the match.

Lindsey Wathen said they knew they would have their hands full with the Cavaliers.

"They (STM) are a very solid team and a very athletic team with girls who can jump out of the gym," she said. "So we knew we were going to go back and forth and stay mentally tough."

Loeffen said the Rangers are a strong communication team and good at adjusting their offense to succeed, which she said is tough on them because they weren't as prepared for that.

"When we first started our season, we weren't a talking team, and that is the key to volleyball," she said. "I know that when we play Christian and Hill City both, we have to talk. They are all about communication and we have to be right there with them so we can keep up."

No individual results were available for Hill City.

It's a busy week for the Rangers, 19-2, as they will also be at Wall Thursday before traveling to Melette for the Northwestern Tournament that will feature Class B No. 1 and defending state champion Northwestern, Ethan and Rapid City Christian.

"We're gearing up for Wall first and will go on to Saturday," Wathen said.