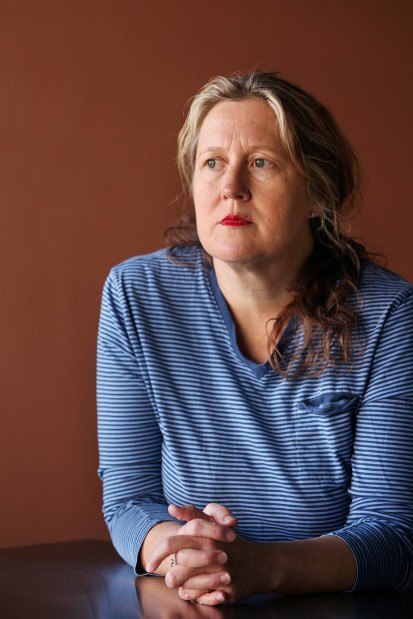 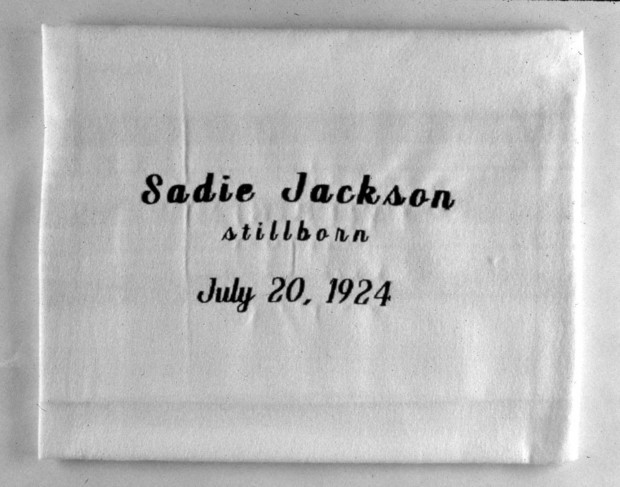 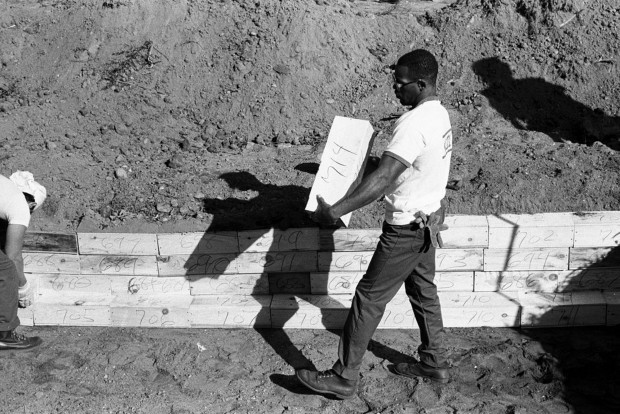 "MJ and I were reading the paper one Sunday morning last year, as we do, and I looked over and saw she was crying," said her husband, Walter Albasi. "She handed me the story (about Hart Island) and said "Is this where my baby is?"

Adams, the owner of Rapid City's Corn Exchange restaurant, was living in New York City and struggling to make ends meet in 1995 when she and her then-husband, Carlos Gabard, learned the full-term baby boy she was carrying had died in utero. Devastated by grief and seeking a medical explanation that her doctor couldn't provide, Adams agreed to an autopsy and was told it would take four to six weeks to get the results. The young couple didn't have money for a funeral, so they signed paperwork to have the baby buried at public expense in what Adams was told was a "city cemetery."

"We were so poor. We had a crib and the baby clothes that I'd gotten at a baby shower, but we didn't have money for a funeral or a mortuary," she said.

When Adams returned to the hospital six weeks later for a post-partum checkup, she inquired about the results of the autopsy. She learned it was never performed. Her baby had already been buried, she was told. No one - not St. Vincent's Hospital nor the New York City Office of Vital Records - could ever answer her one, simple question: Where?

Juan Carlos Gabard and his small pine box coffin had vanished into the mass-grave trenches, the sloppy record-keeping and the inaccessible bureaucracy of Hart Island, but Adams would not learn that for another 15 years.

It was through an Associated Press story published in the Rapid City Journal in October 2010 - which told the story of Melinda Hunt and her Hart Island Project - that Walter Albasi began to find the answers that had eluded his wife, as well as a private investigator he had hired, for years.

Hart Island is home to the largest taxpayer-funded cemetery in the world. Some 850,000 people - the indigent, the unidentified and the unclaimed of America's largest city - have been buried over the past two centuries on the 101-acre island that sits just off the Bronx in Long Island Sound. The city opened a potter's field there in 1869. Over the centuries, the island has been home to various institutions, including a Civil War prisoner of war camp, a tuberculosis hospital and a boarding school. Hart Island is accessible only by ferry and only through the New York City Corrections Department, which manages the cemetery using inmate labor for burials.

It took Albasi another six months to find that out, however, because of a handwriting mistake made at the time of the burial. Hart Island burials are still recorded by hand by DOC staff in ledger books and stillbirths are listed under the mother's name only. Adams' full name, Mae Jean Adams, was incorrectly recorded as Mae Jeanadams, so no burial permit for 1995 matched the name Adams with the date of Juan Carlos' death - Aug. 20, 1995.

In June, Hunt contacted Adams with the news that her baby's burial permit had been located under the incorrect name "Jeanadams."

"It took a manual search of the records to find it because of the typo," Albasi said.

Using Freedom of Information Act requests, Hunt and her Hart Island volunteers have completed a computerized database of burials from 1980 through 2010. Older burial records were destroyed in a 1977 fire. Hunt, an artist and activist who published a 1998 photo book and recently released a documentary film about Hart Island, has been helping people like Adams find deceased relatives for years. "When you lose a child, it doesn't really go away, that grief," Hunt said. "I have great grandmothers who still feel that way."

Adams got a chance to return the favor to the Hart Island Project recently when she accompanied Hunt to an Oct. 28 hearing before the New York City Council subcommittee that oversees Hart Island.

She said the reasons for going public in what is a "very personal matter" are to build awareness and support for the Hart Island project and "to shine a light in a dark place."

"My husband and I have resolved to commit our time and resources advocating for access to and reform at Hart Island Cemetery. We don't view this as simply a New York City issue. This is an issue that reflects on us all," Adams said. Hart Island burials include not only the homeless, the indigent and the babies of poor people like herself years ago, but thousands of military veterans. "This affects us all, and we ask your support of the Hart Island Project," she said. "Reading the article in Journal about Hart Island and Melinda Hunt was the key that unlocked the mystery we had been trying so long to solve."

"She was great. Her presence was important," Hunt said of Adams appearance before the city council subcommittee. In her testimony, Hunt told the story of Adams' long search for Juan Carlos to the Committee on Fire and Criminal Justice Services.

"We are asking the city to provide easier access for families who have loved ones buried on Hart Island," Hunt said. Advocacy groups such as hers want the city to update its administrative codes governing Hart Island to give another city agency the right to provide access to Hart Island.

Currently, all visits to Hart Island are processed through the prison system, and people must legally document their relationship to the deceased to visit the island. It is an unnecessarily complicated process, Hunt said. "In my view, it's a misuse of the prison system. There's no reason to ban the public from visiting a gravesite. There really isn't any reason why the public can't go to a public cemetery."

Adams, who never gave birth to another child, hopes to visit Hart Island some day soon to memorialize the baby for which she has grieved for the last 16 years. Her Rapid City home still contains a small basket of baby clothes that have never been worn and a crucifix given to her by a Catholic friend when the baby died.

"The 16 years since the death of my son and the years and years of not knowing where he was buried have steeled me and made me strong," Adams said. "I think it'll be closure of another chapter of life. It's still sad, because you feel cheated," she said. "But I feel happy, in a sense, that I know now."

Adams will never have a specific gravesite to visit, but she did come home from New York City with something else.

"She got an apology from the city council," Hunt said. "Council member Elizabeth Crowley apologized to her on behalf of the city."

A juvenile male has been taken into custody in relation to the Nov. 28 shooting on Tamarack Drive, according to a news release from the Rapid …

A Sturgis man has been sentenced to six years in federal prison after being convicted of attempted receipt of child pornography, according to …