The Rapid City Rush have announced that Mark Binetti, Senior Director of Communications/“Voice of the Rapid City Rush,” and Gavin Bechtol, Head Equipment Manager, have been "called up" to the American Hockey League.

Binetti assumed his role in Rapid City in the 2013-14 CHL season. Over the last eight seasons behind the mic, he has called 585 consecutive Rush games. The longest tenured broadcaster in team history, Binetti was recognized as a finalist for 2020 ECHL PR/Broadcaster of the Year, won the 2014 CHL Rookie of the Year/Rising Star Award, and was ranked the No. 3 Broadcaster in the 2014 CHL’s “Best of the Best” in his first professional season.

“To the community of Rapid City: thank you so much for everything over the last eight years. You welcomed me into your homes with open arms, and your passion for the game of hockey and the Rush are second to none,” said Binetti. “I want to thank Todd Mackin, Jared Reid, Valerie Persinger, and the rest of the Rapid City Rush organization. Your love and friendship, support, and constant willingness to challenge me have made me a better broadcaster, and professional. To Jeff Dickerson, TJ Puchyr, Tom Long, and Spire Sports + Entertainment, thank you for all you've done for the Rush organization. It has been a thrill to work alongside you. I’ll miss Rapid City dearly, but I’m excited for the next chapter of my broadcasting career and future with the Stockton Heat and Calgary Flames.”

“On behalf of the entire Rush organization and our community of Rapid City, I’d like to congratulate Mark on this long overdue and well-deserved promotion to the American Hockey League,” said Todd Mackin, President of Spire Hockey. “It is our organization’s goal to promote and elevate our team members to the next stage of their careers, whether it be on the ice, behind the bench, in hockey operations, or in the front office. Mark committed himself to the Rapid City community for nearly a decade, and we can’t thank him enough for his contributions to Rapid City and the Rush organization. We wish him the very best with the Stockton Heat, and are excited to have a dedicated supporter of the Rush and Rush Nation at the American Hockey League level.”

Bechtol recently completed his third season as the head equipment manager of the Rush. A native of Kalamazoo, Michigan, and alumnus of Western Michigan University, he is the son of former Rush equipment manager and current Tucson Roadrunners equipment manager Eric Bechtol. Bechtol came to the Black Hills from the SPHL's Roanoke Rail Yard Dawgs and also spent time as the Assistant Equipment Manager of his hometown Kalamazoo Wings.

“Rapid City will always have a special place in my heart. I learned so much as a professional, got engaged to my wife, Allison, at center ice in our arena, and met countless friends that I’ll have with me for the rest of my career,” Bechtol said on his AHL promotion.” I can’t thank Rapid City, the Rush and Spire Sports + Entertainment enough. I certainly wouldn’t have gotten to next level without them. I’m looking forward to the next step in Des Moines with the Wild, and I wish the very best to the Rush organization in its future!”

“I’d also like to congratulate Gavin on his warranted promotion to the American Hockey League,” Mackin said. “Gavin always put his players and this organization first and came to the rink every day with an outstanding attitude and love for hockey. We’re excited as an organization to watch two great professionals get to the next level in both front office and hockey operations roles, and will continue to promote our staff members and elevate them in every facet of their careers. I wish Gavin the very best in Iowa and with the Minnesota organization and look forward to seeing his career move forward.” 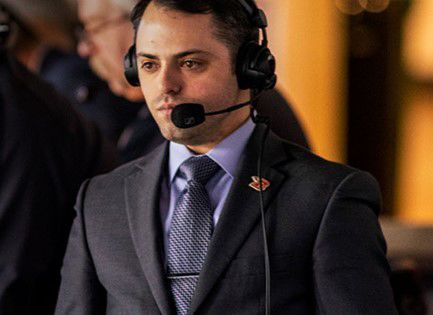 Mark Binetti, "Voice of the Rapid city Rush," for eight years is moving on to the same job with the Stockton Heat of the AHL, it was announced on Tuesday. 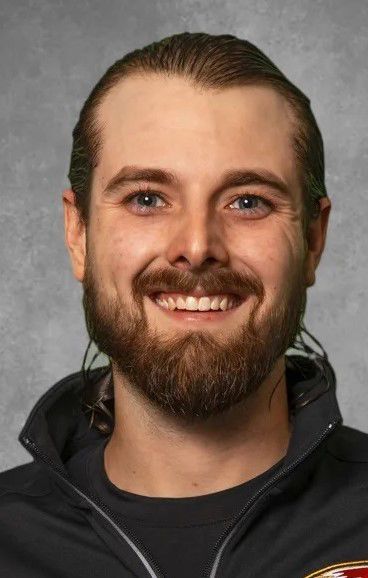