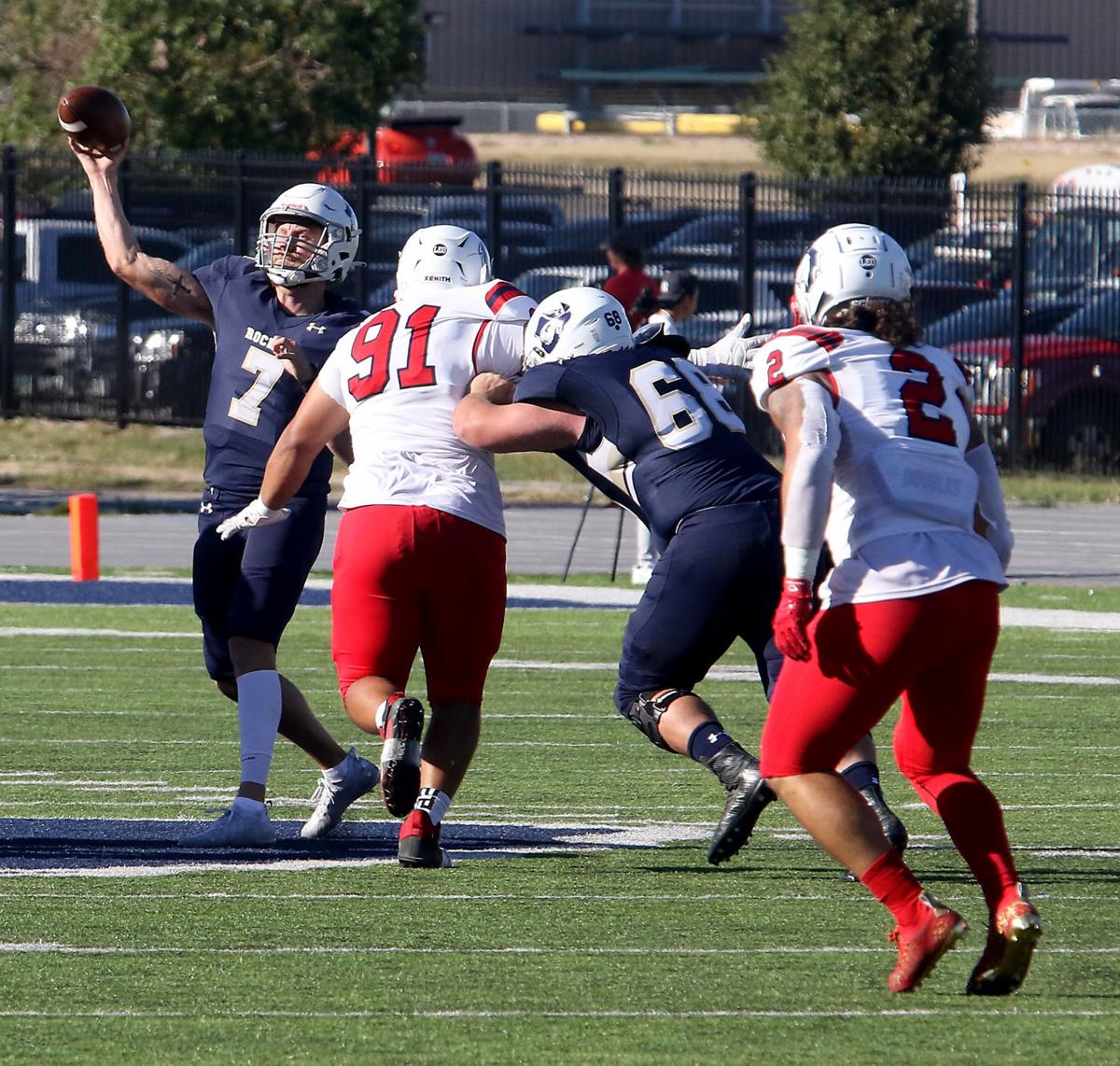 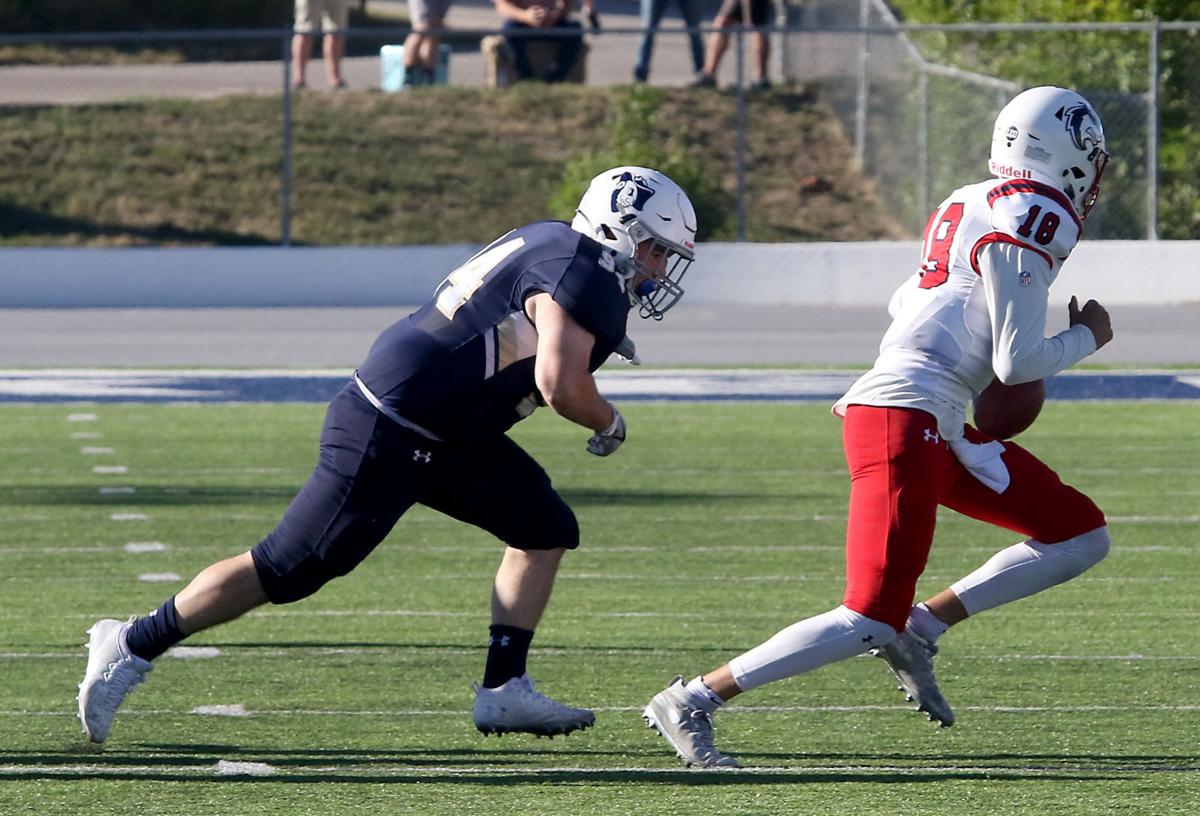 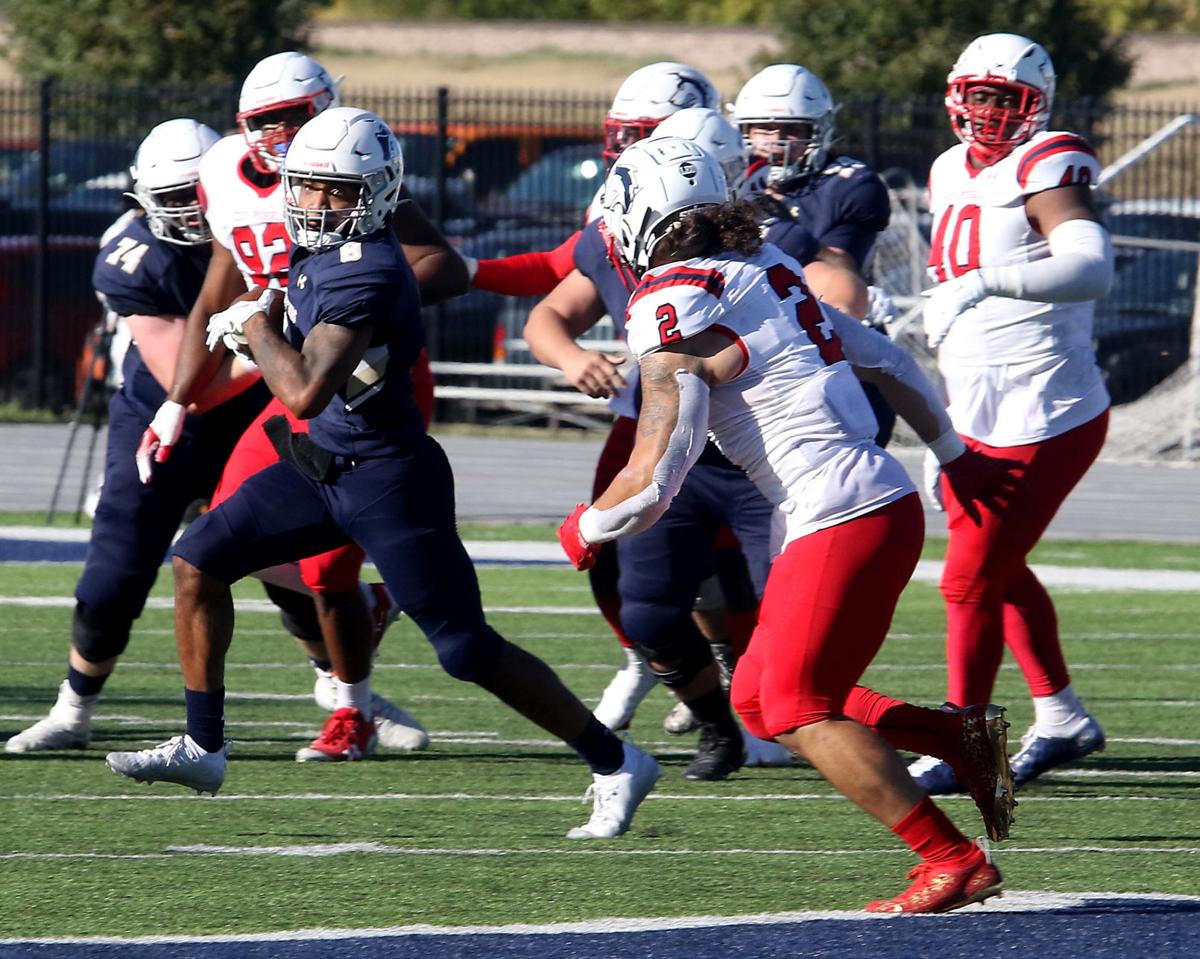 SD Mines receiver Jeremiah Bridges makes a catch across the middle in Saturday's game against CSU-Pueblo. 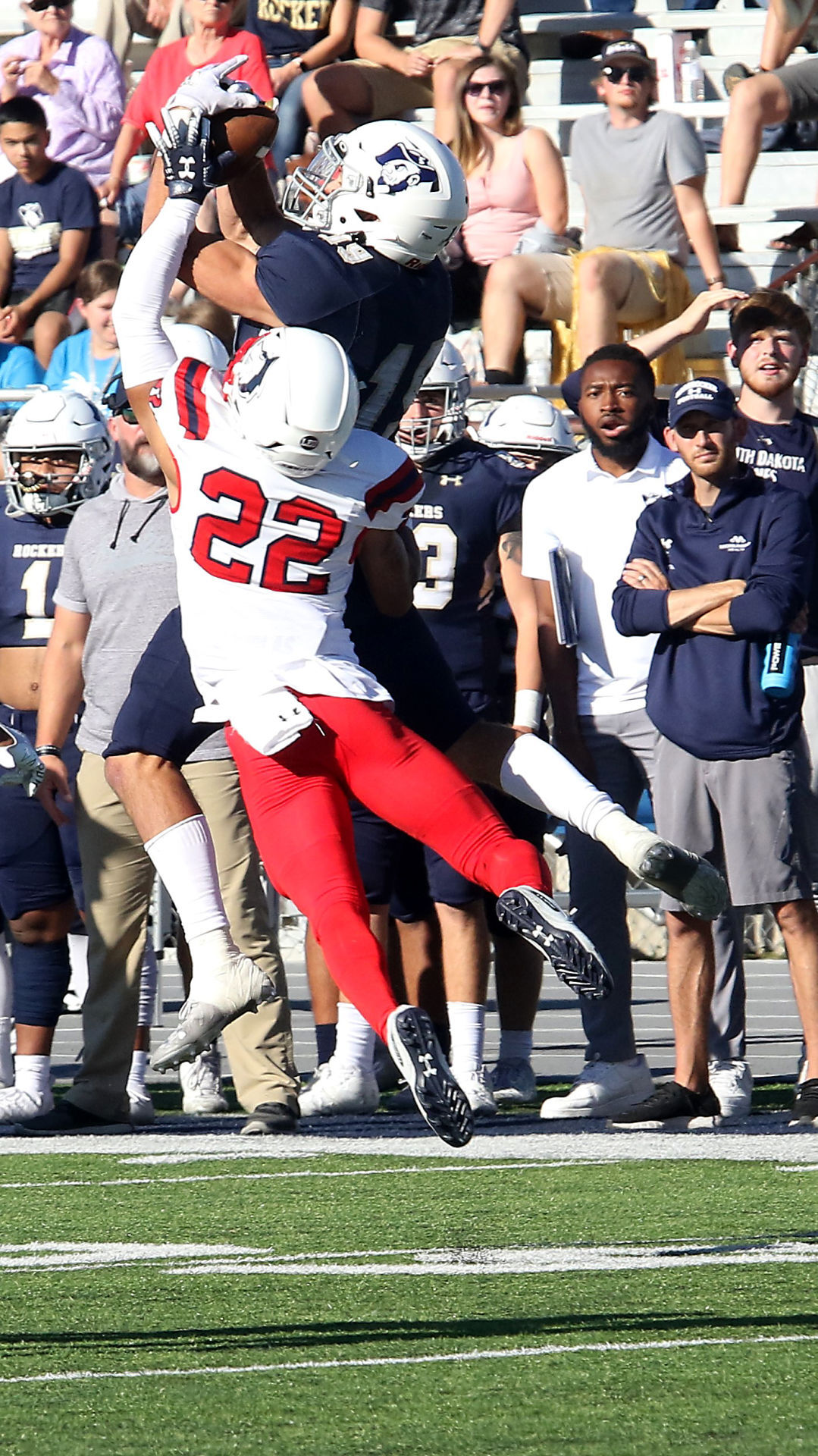 The redshirt freshman quarterback dropped back to pass on third-and-goal, but decided instead to take off with the football and scrambled 6 yards for the second-quarter score.

From there the Hardrockers were stifled, as RMAC foe Colorado State University Pueblo was suffocating on defense with four turnovers, and backed it up with speed on offense to spoil SD Mines’ homecoming festivities with a 49-7 victory at O’Harra Stadium.

“Defensively they’re really good. They’re really sound. They fly around, they’re big, they’re physical,” Hardrockers head coach Charlie Flohr said. “They got four turnovers, which was huge. We had our opportunities offensively, and any time you turn the ball over four times, the chance of you winning the game is pretty minimal.”

Johanssen finished 21 of 30 for 193 yards for a quarterback rating of 104.0, but was intercepted three times and strip-sacked once, which was returned for a touchdown. Ahmad Lewis ran for 20 yards on 13 carries, while Collin Zur caught eight passes for 83 yards.

The Hardrockers (2-2, 0-2) opened the game with a 13-play drive that included a trio of third-down conversions but couldn’t punch it for points as a fourth-and-two run at the opposing 23-yard-line went for negative yards.

On their next possession, Tanner Draper jumped a route and picked off a first-down pass by Johanssen, returning it all the way for a pick-six to get the ThunderWolves (2-2, 2-0) on the board in the first quarter.

On the first play following a blocked punt, Michael Roots took a handoff 35 yards down the sideline to make it 14-0.

SD Mines’ lone touchdown came less than two minutes into the second quarter when Johannseen’s scoring run capped off a 13-play, 75-yard drive to cut it back to a seven-point game.

CSU-Pueblo took over from there, scoring before halftime on a 1-yard rush by Roots to end a drive that was ignited by a 53-yard scamper from Roots on first down.

“They really hadn’t shown a whole lot of (speed). They’ve struggled offensively,” Flohr said. “They had a great game plan, they came in today and showed their speed off a little bit.”

The ThunderWolves began the second half with a 47-yard touchdown run by Jordan Jones to make it a 28-7 ballgame.

A fumbled punt return by CSU-Pueblo gave SD Mines an opportunity to score again, as the turnover placed the ball at the opposing 7, but the ensuing first-and-goal throw from Johannsen was tipped in the end zone and caught by Sam Warren for the interception.

The ThunderWolves capitalized on another Johanssen pick, this time hauled in by linebacker Wilde Germano in enemy territory. A few plays later, QB Steven Croell hit Jensen Feggins for a 30-yard touchdown pass.

Before the third quarter was over, however, Johanssen was sacked by Trevor Philio, jarring the ball loose and rolling it into the end zone. Philio scooped it up untouched to record the touchdown with seven seconds left in the frame to give CSU-Pueblo a commanding 42-7 lead heading into the fourth.

The ThunderWolves tacked on one more score with 5:35 remaining in regulation when Andrew Cook tallied an 82-yard touchdown reception from backup quarterback Devin Williams.

SD Mines travels to Alamosa, Colorado next Saturday to take on Adams State (0-4).

SD Mines receiver Jeremiah Bridges makes a catch across the middle in Saturday's game against CSU-Pueblo.