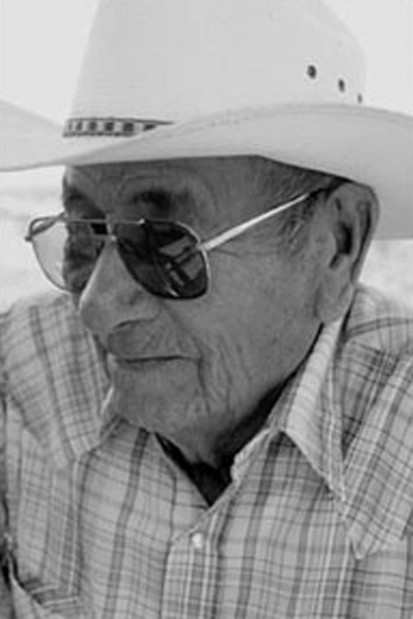 Oliver Red Cloud, chief of the Sioux Nation, died at the age of 93 in a Denver hospital. 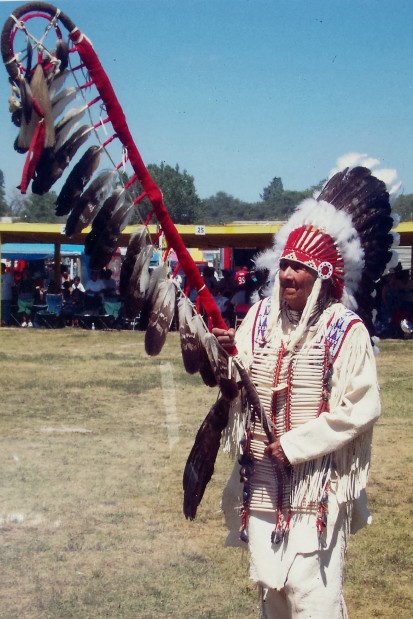 Oliver Red Cloud, chief of the Sioux Nation, died on Thursday at the age of 93 in a Denver hospital.

A lifelong champion of Lakota culture. A delegate to the United Nations. A descendant of one of the most important leaders in Native American history.

On Friday, those were a few of the terms that family and friends used to describe Oliver Red Cloud, chief of the Sioux Nation, who died on Thursday at the age of 93 in a Denver hospital.

Vanessa Red Cloud, one of Oliver Red Cloud's 36 grandchildren, said that her grandfather died from a long-running illness at 4:20 p.m while surrounded by family. Red Cloud, who lived on the Pine Ridge Reservation, was admitted to Rapid City Regional Hospital in early January and transferred to Denver for treatment.

Oliver Red Cloud, a former foreman for the Bureau of Indian Affairs, has served as chief of the Sioux Nation since 1977. He was a fourth generation descendant of Chief Red Cloud; a powerful war chief in the 1800s. Chief Red Cloud led several tribes in battle against the U.S. Army and also signed the 1868 Fort Laramie Treaty peace agreement.

In a phone interview, Vanessa Red Cloud broke into quiet sobs while remembering her grandfather.

"Words can not describe how this man has become a part of everyone's life as a whole," she said. "Family-wise. Community-wise. Reservation-wise."

Vanessa Red Cloud said that her grandfather had chosen a chief to succeed him before he died, but the name wouldn't be released until the family had time to grieve.

Steve Emery, 54, Oliver Red Cloud's nephew and a private attorney in Rapid City, described his uncle as a lifelong advocate for the Lakota culture.

"He was passionate about making sure that the kids knew the Lakota ways and that they knew about the treaty – the 1868 treaty, the 1851 treaty – and the special relationship that exists between the United States and the great Sioux Nation," he said.

Oliver Red Cloud served as chairman of the Black Hills Sioux Nation Treaty Council where he advocated for the U.S. government to adhere to those treaties, which guaranteed ownership of the Black Hills to the Lakota. The U.S. Supreme Court awarded a multi-million dollar settlement to the tribes in 1980 to compensate for displacement, but the tribes have refused to accept it, arguing that the land must be returned.

Emery said that Oliver Red Cloud had taken that fight to the world stage. He served as a delegate to the United Nations and traveled as a figurehead for the Lakota.

"He traveled to Japan and Europe, all to gather support so our treaty rights wouldn't be forgotten," he said.

But although he may have undertaken his share of international travel, Red Cloud was no jet-setter. His family said he lived a modest existence on a family ranch a few miles west of Pine Ridge Village.

"My grandpa did not live a wealthy life," said Amy Wilson, 43, another of Red Cloud's granddaughters. "He didn't live above his people."

Red Cloud's funeral is set for Saturday, July 13, with a wake to be held on Thursday and Friday evening at the newly built gym in Pine Ridge High School.

For Wilson and other tribal members, it will be a celebration not only of Red Cloud's life, but his legacy.

"He's got big moccasins to fill," Wilson said. "And I don't think anyone can ever fill that."

[Editor's note: This story has been changed to reflect two corrections. Oliver Red Cloud has served as chief of the Sioux Nation since 1977. He also served as chairman of the "Black Hills Sioux Nation Treaty Council"]

Oliver Red Cloud, chief of the Sioux Nation, died at the age of 93 in a Denver hospital.

Oliver Red Cloud, chief of the Sioux Nation, died on Thursday at the age of 93 in a Denver hospital.