Six Rapid City Central student-athletes signed their National Letters of Intent to participate in collegiate athletics Wednesday in the lobby of the Central Activities Center.

The Cobblers represented five sports and signed to play at four colleges in three different states.

Two of the athletes, Amarae Rinto and Denna Smith, signed to play women’s basketball at Mount Marty University and continue under the direction of former Central head coach Allan Bertram, who led the Cobblers for the last two seasons before he accepted the same position for the Lancers last month.

“This is really exciting,” Rinto said. “I had other opportunities to play somewhere else, but when he told me he was the coach, I thought it was a no-brainer. He’s the best coach I’ve ever had and made me who I am.”

For the longest time, Rinto planned on attending College of St. Mary’s in Omaha, Nebraska, but when Bertram announced his move to Mount Marty, it made her decision an easy one.

Rinto started at point guard this season as the Cobblers finished 17-7 and placed seventh at the Class AA State Tournament.

She’ll be joined by teammate Denna Smith, who initially planned on playing softball for the Lancers, but decided to try her hand as a two-sport college athlete after Bertram accepted head-coaching duties.

“I can’t even express what it’s like,” Smith said. “He’s like another dad to me, and the fact Amarae is going too just makes it feel like home.”

Smith plans to major in physical science as she plays basketball and either pitches or plays infield on the softball team.

For Bertram, giving opportunities to Smith and Rinto will help ease the transition to coaching at the college level.

“It’s pretty special being able to continue to work with and develop those ladies that I have such a strong relationship with,” Bertram said. “Coaching them the last couple of years and knowing what kind of kids they are and players they are makes it that much easier for me, and them, to make that transition from high school to college.”

One of the best girls basketball players to ever play at Central, Josie Hill signed to continue her athletic and academic career at the Division I level for Chicago State.

“It feels good because now all I have to worry about is preparing for college,” Hill said. “I have to focus on that now that I know where I’m going to college.”

This past season, Hill set the school record in career blocks and single-season rebounds. She went on to earn First-Team All-State honors and was named to the Class AA All-Tournament Team.

Hill said she’s ready for the change of scenery offered by life in the Windy City.

“I’m very excited for the new atmosphere, all the different stuff to do and meeting new people,” Hill said.

She plans to major in exercise science.

“The area, the people and everything there was so much different than Rapid, not better, but I did like it a lot more and it really drew me in,” Becker said.

She narrowed her decision down to Idaho State University and Cal Poly but ultimately chose to move to the West Coast in pursuit of a career in marine biology.

“I wanted to be a marine biologist and I knew that I could more likely do that at Cal Poly,” Becker said. “I’m so excited to start a new chapter.”

Becker earned a First-Team All-State selection, All-State Academic honors and a team MVP nod for her performance on the pitch last fall. She helped lead the Cobblers to a 10-4 record as a senior.

Kaitlyn Thormahlen and Lindsey Nelson developed a strong friendship playing volleyball for Central throughout high school, and decided to continue playing together at Dakota Wesleyan University in Mitchell.

“It’s really exciting and nice to have somebody with you to help you through it and feel more comfortable with the coaches and other players,” Nelson said. “It just feels like an easier process.”

Thormahlen thought she wasn’t cut out to play a sport in college until she got serious about her strength training.

“With the help of my coaches I made it happen,” Thormahlen said. “It’s also nice to be able to tell people where I’m going when they ask, be out of that awkward stage and be confident in where I’m going.” 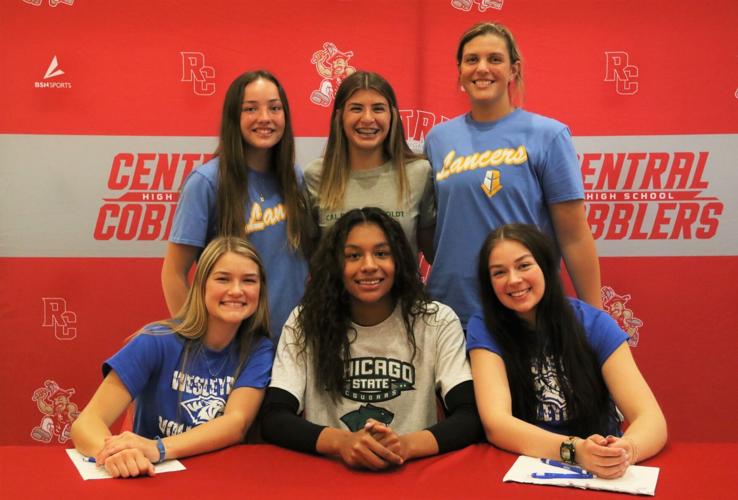 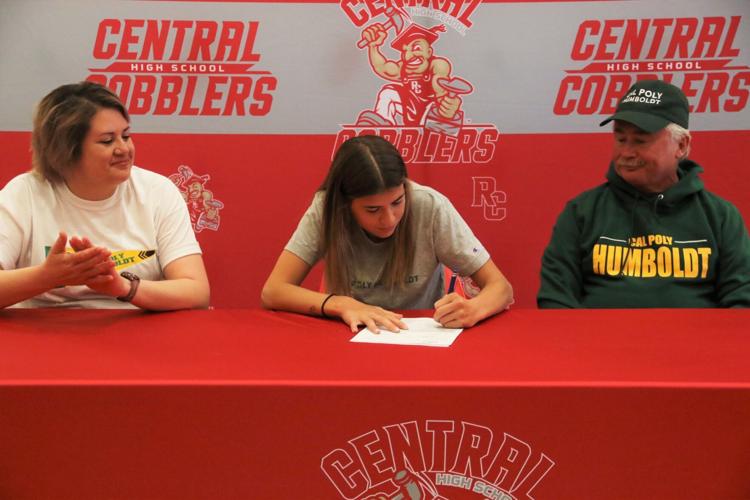 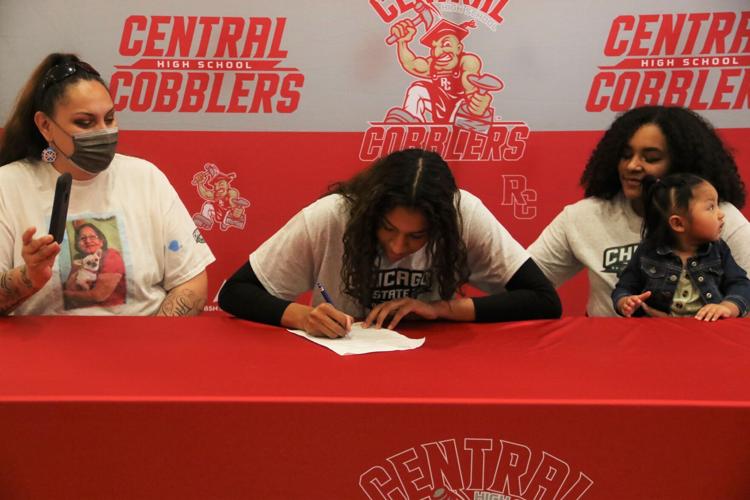 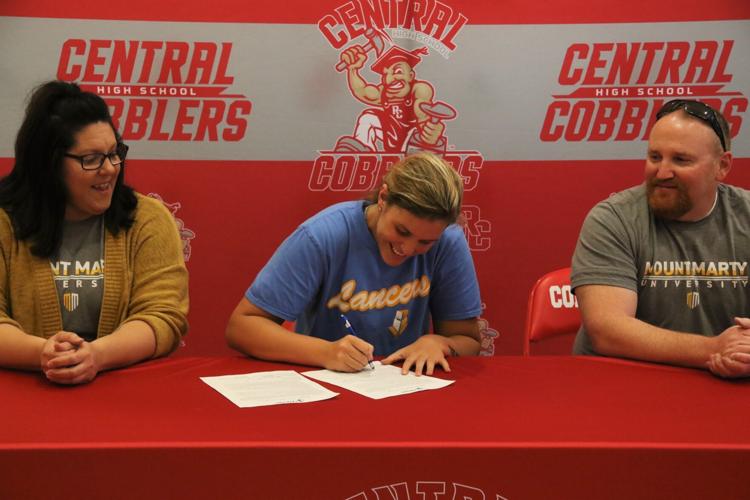 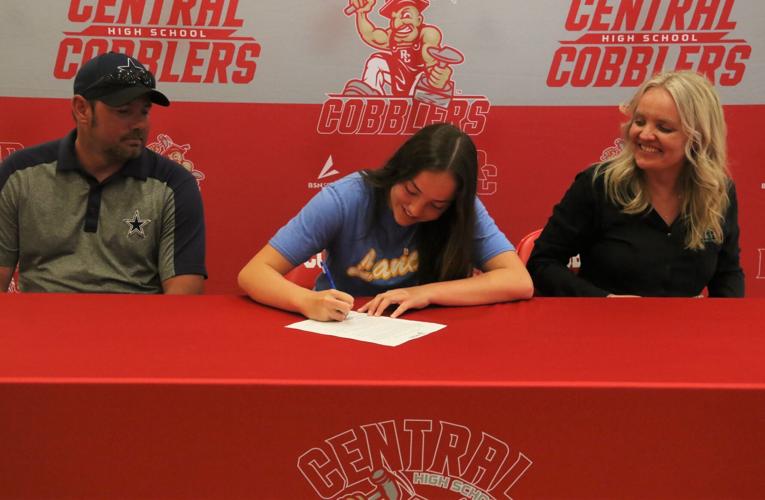 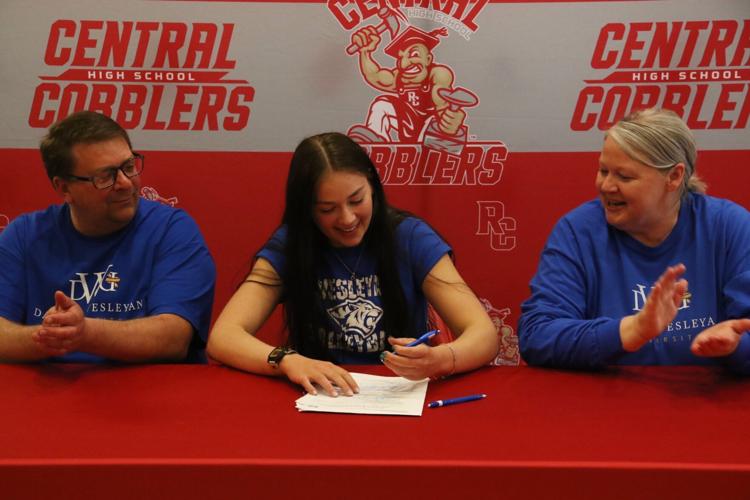 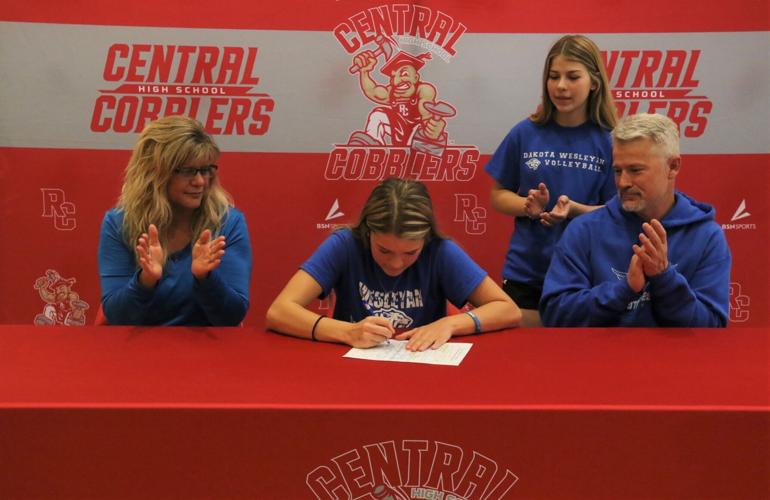