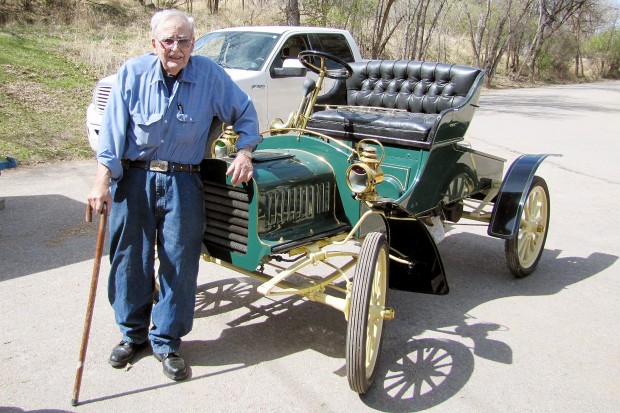 Les Schuchart will sell his collection of rare cars in Spearfish on Sept. 15. One of the vehicles will be Schuchart's 1904 Ford Model C Runabout. 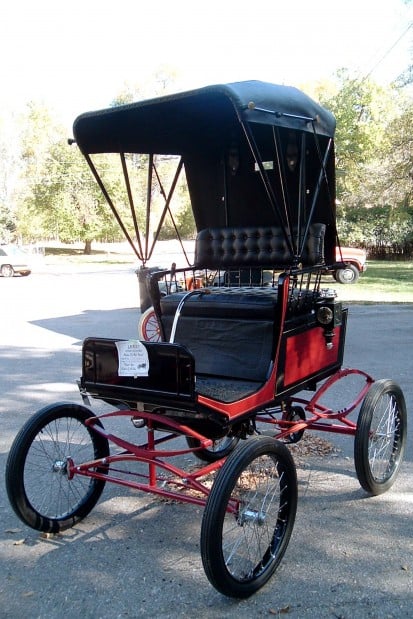 Les Schuchart's Mobile Steamer, a 1900 Model 3, will be up for auction. 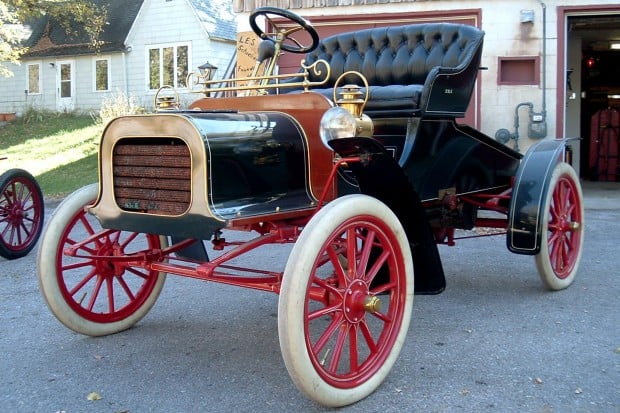 Les Schuchart's rare 1904 Ford Model AC Runabout will be up for auction. 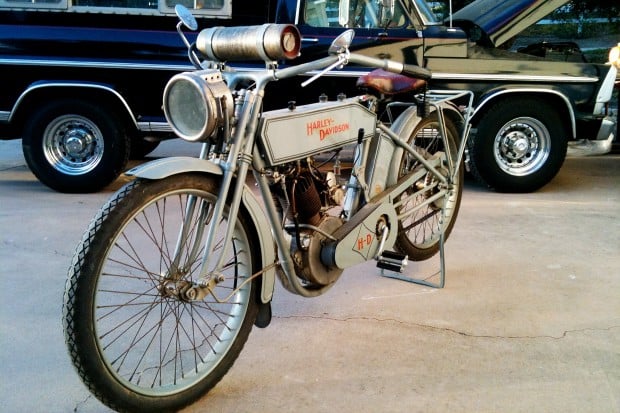 Les Schuchart's 1913 Harley-Davidson motorbike will be up for auction.

Car enthusiasts will have a rare opportunity in Spearfish next month when the opening bids at Les Schuchardt’s car auction rattle off over a microphone.

“There is so much history that this man has,” said Yvette VanDerBrink, an auctioneer and broker with VanDerBrink Auctions of Minn., the company hosting the auction. “That’s why the national magazines are coming — it’s a significant collection.”

Besides representatives from publications like Hemmings Classic Car and Old Cars Weekly, the auction is expected to draw thousands because of the rarity of the 27 vehicles up for sale. The list includes a 1903 Ford Model A, a Rear Entry Tonneau, and most all of the Early Letter Series including two 1904 Ford Model ACs.

VanDerBrink said a Depression-era Model T that “looks like it came straight out of the movie 'Grapes of Wrath'” will also be up for bidding.

There are also cars from the electric and steam collection, including a 1908 Anderson Model B High-Wheeler, 1905 Cadillac Model E Runabout, 1908 Electric Vehicle Company Victoria Phaeton, Maxwells, and Ramblers. The auction will also include an assortment of early brass parts and memorabilia.

One of the first vehicles Schuchardt purchased was a 1923 Ford Model T from a farmer — the start of a lifetime collection, which he financed with several Black Hills gold claims. His wife, Delores, soon joined him in his hunts, and the two traveled all over the U.S. Schuchardt was also instrumental in starting the Black Hills Model T Club in 1981, a group that is still active today.

“I’ve been collecting for 50 years,” he said, joking that he knew the time had come to let go of his collection when he called the mortician and was told they would be unable to dig a hole big enough to bury him with all of his vehicles.

The couple has also struggled with their health in recent years, and will use some of the money from the auction to be able to stay in their home with live-in help.

The owners of the Spearfish property that formerly housed the Passion Play have agreed to the auction being held in the parking lot. A 5:30 p.m. social will be held Sept. 14, where visitors can meet Schuchardt, ask questions and get a look at the vehicles.

That’s one of the best parts of the auction, VanDerBrink said.

“He’s just really knowledgeable,” she said. “He’s one of the main guys in the U.S. for pre-WWI cars. Anybody that needs research — he’s one of the go-to guys, and there aren’t too many of these guys left.”

She said several of the friends Schuchardt has made over the years through collecting have died, with auctions for their vehicles being held after their deaths.

“He wants to see his own auction,” she said.

Interested buyers need to bring proof of available funds and the bidding begins at 9:30 a.m. Sept. 15. The auction is no-reserve.

“These are all selling for whatever the high bid is,” VanDerBrink said.

She hopes the community will take advantage of the opportunity to not only buy, but come and see pieces of automobile history. Bidders can place bids live during the auction on-line, and VanDerBrink said interested buyers from multiple countries have registered to bid or attend the auction in person.

“This is huge, this is a very rare auction,” she said.

Check out some of Les Schuchardt's antique cars.

Les Schuchart will sell his collection of rare cars in Spearfish on Sept. 15. One of the vehicles will be Schuchart's 1904 Ford Model C Runabout.

Les Schuchart's Mobile Steamer, a 1900 Model 3, will be up for auction.

Les Schuchart's rare 1904 Ford Model AC Runabout will be up for auction.

Les Schuchart's 1913 Harley-Davidson motorbike will be up for auction.