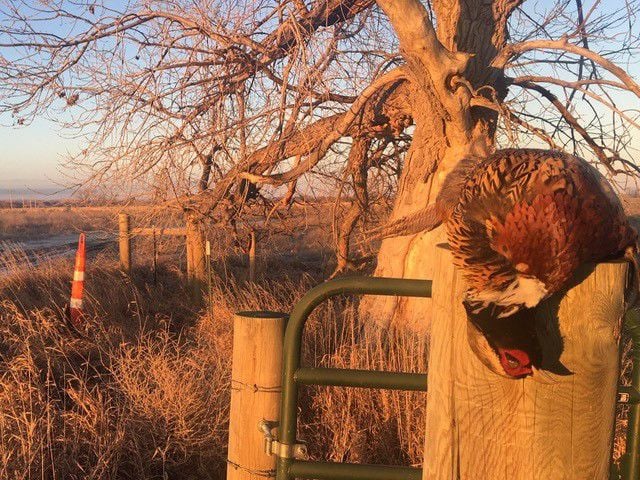 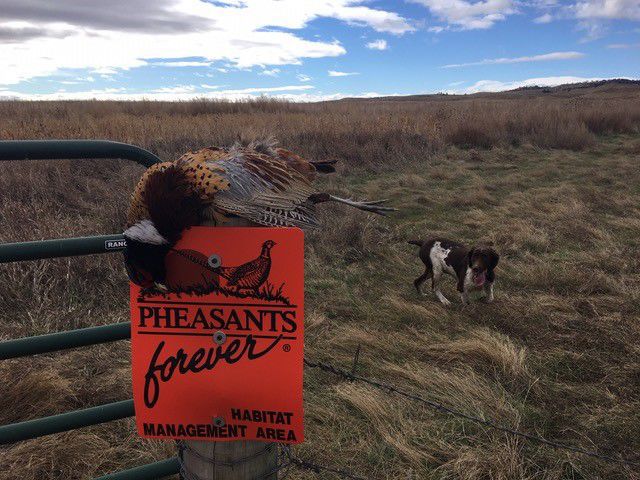 Rooster on Pheasants Forever sign at state GPA near Hot Springs, with springer spaniel in the background. 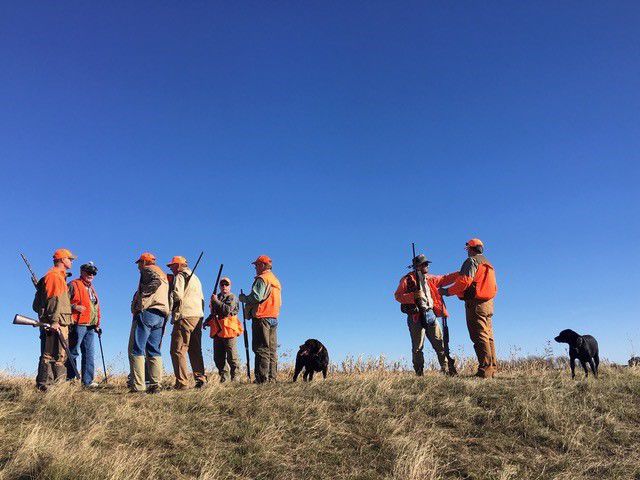 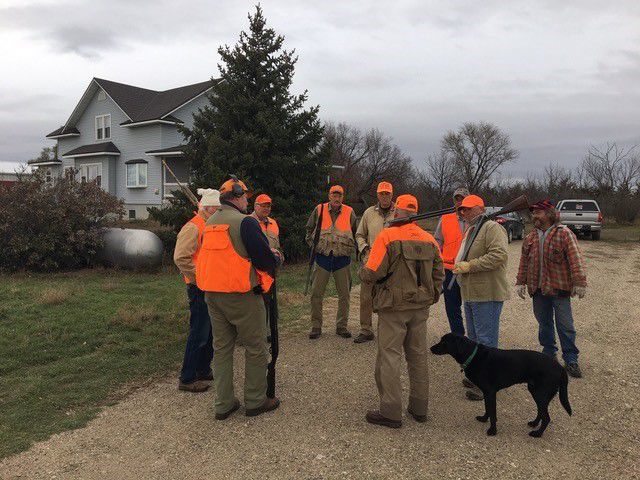 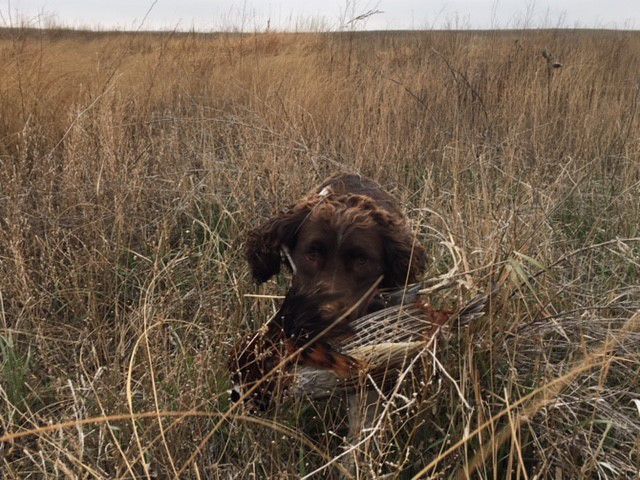 A hundred years. That’s how long South Dakotans have had a hunting season for ring-necked pheasants.

In the beginning, it wasn’t much of a season — just one day (Oct. 30, 1919) in one county (Spink) in north-central South Dakota. And about 1,000 hunters, split roughly between residents and non-residents, killed 200 pheasants.

But from that humble beginning something grand has grown. These days more than 100,000 pheasant hunters typically kill more than 1 million roosters in a statewide season that runs for 2 1/2 months.

Sometimes there will be even more hunters, and even more birds bagged.

In the best of times, South Dakota — primarily the eastern two thirds of the state — is by far the best place on the face of the earth to hunt wild ring-necked pheasants. That’s usually true even in the worst of times.

So where are we this year on that best-to-worst continuum? As usual, we’re somewhere in-between, but maybe slightly closer to the worst than the best. Slightly. Which does’t necessarily mean it will be a lousy hunting season.

It could turn out to be better than the numbers indicate. And that’s good, because the numbers weren’t great from the annual roadside pheasant survey conducted last summer by the state Game, Fish & Parks Department.

The survey this year on 110 separate 30-mile-long routes indicated that pheasant numbers per mile were down 17 percent from 2018. More than that, per-mile bird numbers were down 43 percent from the 10-year average.

It’s wise to remember, however, that even figuring in a really lousy year in 2017, we’re still coming off of a pretty good 10-year-stretch for pheasants and pheasant hunting, compared to our pheasant-hunting history overall.

And the numbers from the summer bird count don’t tell the whole story of the season to come.

Pheasant numbers were actually up on 40 of the 110 survey routes, even though the overall index was down. So if you happen to hunt near one of the “up” routes and have other factors in your favor, you could have a great hunt.  The other factors include access to a good piece of hunting ground, having a good dog or dogs, getting good weather conditions and good progress on the corn and soybean harvest to make birds more accessible.

And after that, it still depends on how well you shoot.

Variables are part of hunting. And the pheasant season is full of variables that can affirm or belie the numbers from the summer brood survey, and make or break your hunt.

“I think people tend to put too much emphasis on the numbers, rather than doing their homework, going somewhere with less hunting pressure, maybe where the harvest has progressed, and, of course, where they have access,” says Travis Runia, a senior upland game biologist with Game, Fish & Parks in Huron.

Runia is one of the number-crunchers for GF&P. And he knows how environmental variables affect those numbers. The harsh winter hurt bird numbers in many areas, as harsh winters do. But pheasant numbers varied, sometimes significantly, in the count even within regions with the same hard winter conditions.

After the hard winter, a spring of seemingly unending rains was a related environmental factor. An unusual number of fields were planted late or not planted at all because of spring flooding. Road ditches in some areas that are often full briefly in the spring stayed full through the summer.

With spotty vegetation in unplanted fields, pheasants didn’t have to come to the roadside to escape dense-and-damp corn and bean fields and dry their feathers on the road. And others couldn’t even get to the roads with broods because the ditches were still full of water.

“We try to run the surveys under standardized conditions, especially with heavy dew,” Runia said. “Sometimes those conditions didn’t occur. But I think overall conditions were acceptable. The bigger issue, the biggest unknown, was the water on the landscape and all the unplanted crops.”

Runia and other GF&P wildlife specialists combine the pre-season brood surveys with the bird-harvest information received from hunters, then add them to the the post-season survey of birds to come up with an overall population estimate.

After crunching those numbers this spring, GF&P estimated the 2018 pre-season pheasant population at 7.1 million. The pre-season estimate for 2017 was 4.6 million, which was the lowest in 20 years.

Almost certainly, this season will be better than 2017. How good will depend on what’s going on out in those unplanted fields, how long it takes to harvest planted crops and what kind of weather conditions we have, especially early in the season when most hunters are out.

“With the high moisture and late corn planting it’s going to be an interesting year,” Runia says. “And I’d suspect early in the season things could be difficult.”

That could mean good things for late-season hunting, however. The crop harvest will be progressing and birds not killed in the early weeks will still be available. Hunting pressure will be reduced, too.

However the season turns out, this complicated weather year could help bring changes to the way the annual roadside survey is handled.

GF&P is part of a multi-state research project examining how natural variabilities, such as dew conditions or unplanted fields, could affect the roadside survey results.

“Ultimately, we might be looking at a correction factor,” Runia said. “If we can get a better way of accounting for survey conditions, we might be able to get a number that’s a little more representative of the pheasant population.”

It’s something to watch.

Meanwhile, it’s the 100th birthday of the pheasant season. So get ready for the shotgun party.

5 pheasant feasts for this hunting season

Pheasant season, one of the biggest hunting seasons in South Dakota, opens Oct. 19.

Fees going up in state parks

Buying an annual pass for Custer State Park and other South Dakota state parks and recreation areas will cost $6 more next year.

Rooster on Pheasants Forever sign at state GPA near Hot Springs, with springer spaniel in the background.