Update: Protests ramp up; National Guard on the scene; Trump scheduled to arrive at Ellsworth soon
Share this
{{featured_button_text}}
1 of 7 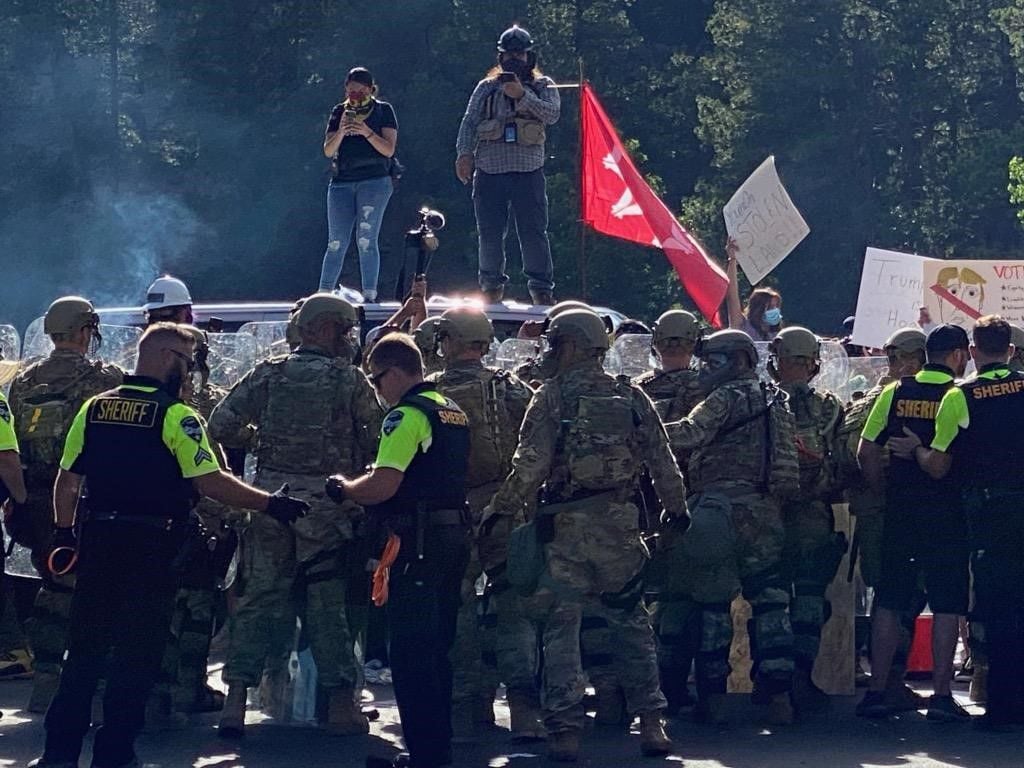 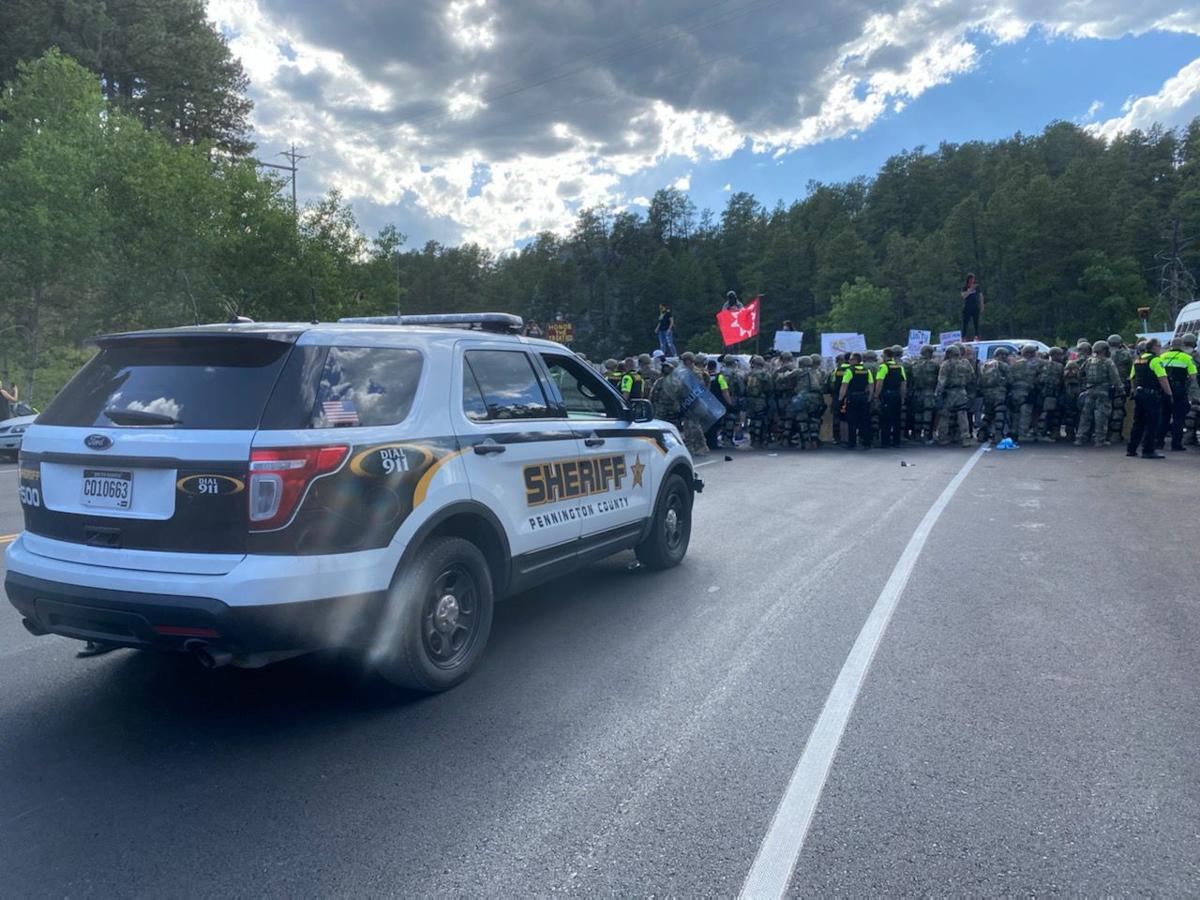 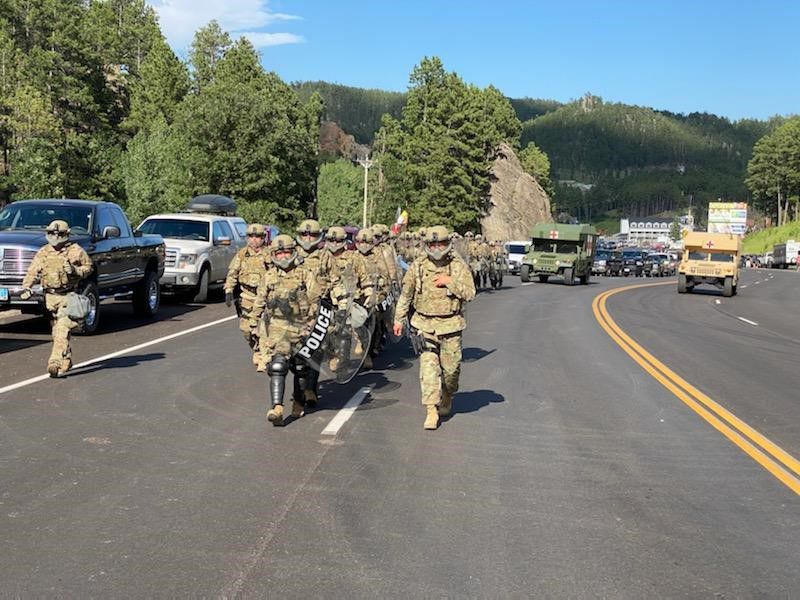 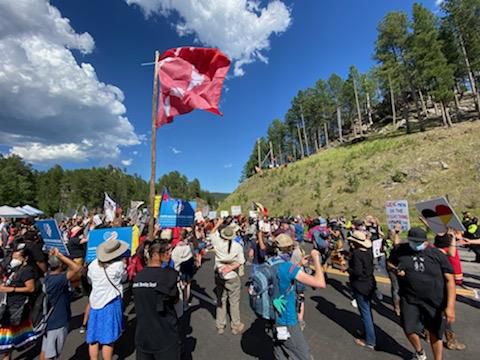 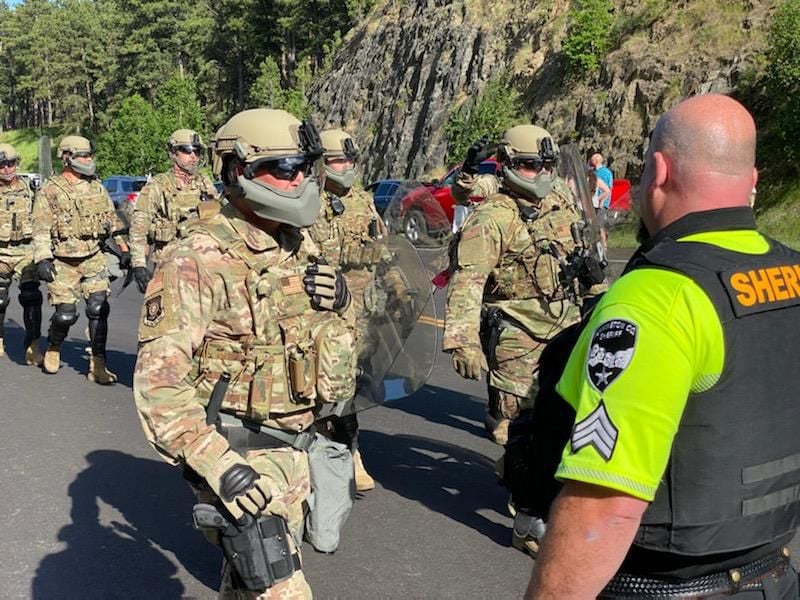 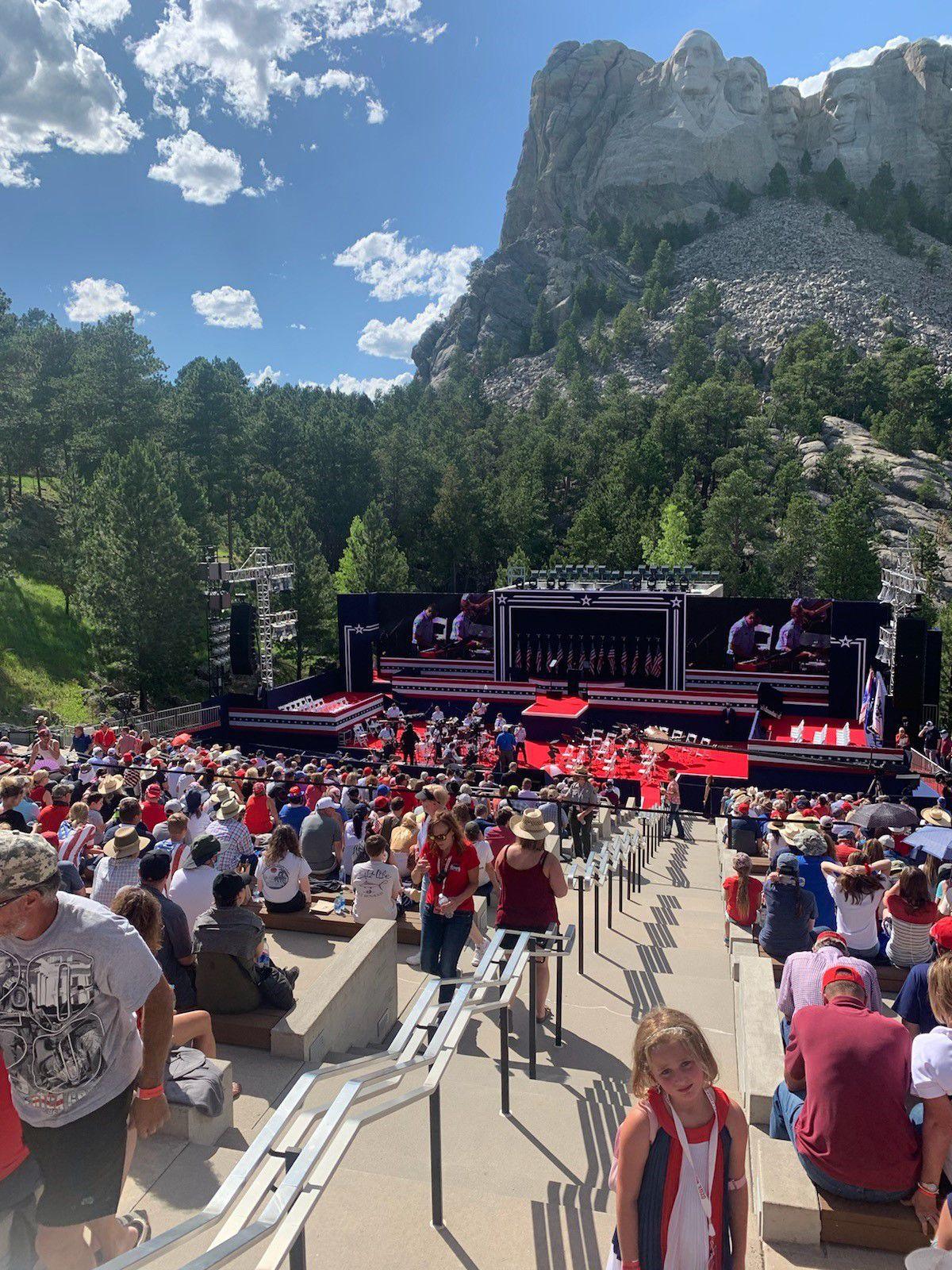 The crowd continued to pack the Mount Rushmore amphitheater about 4:30 p.m. 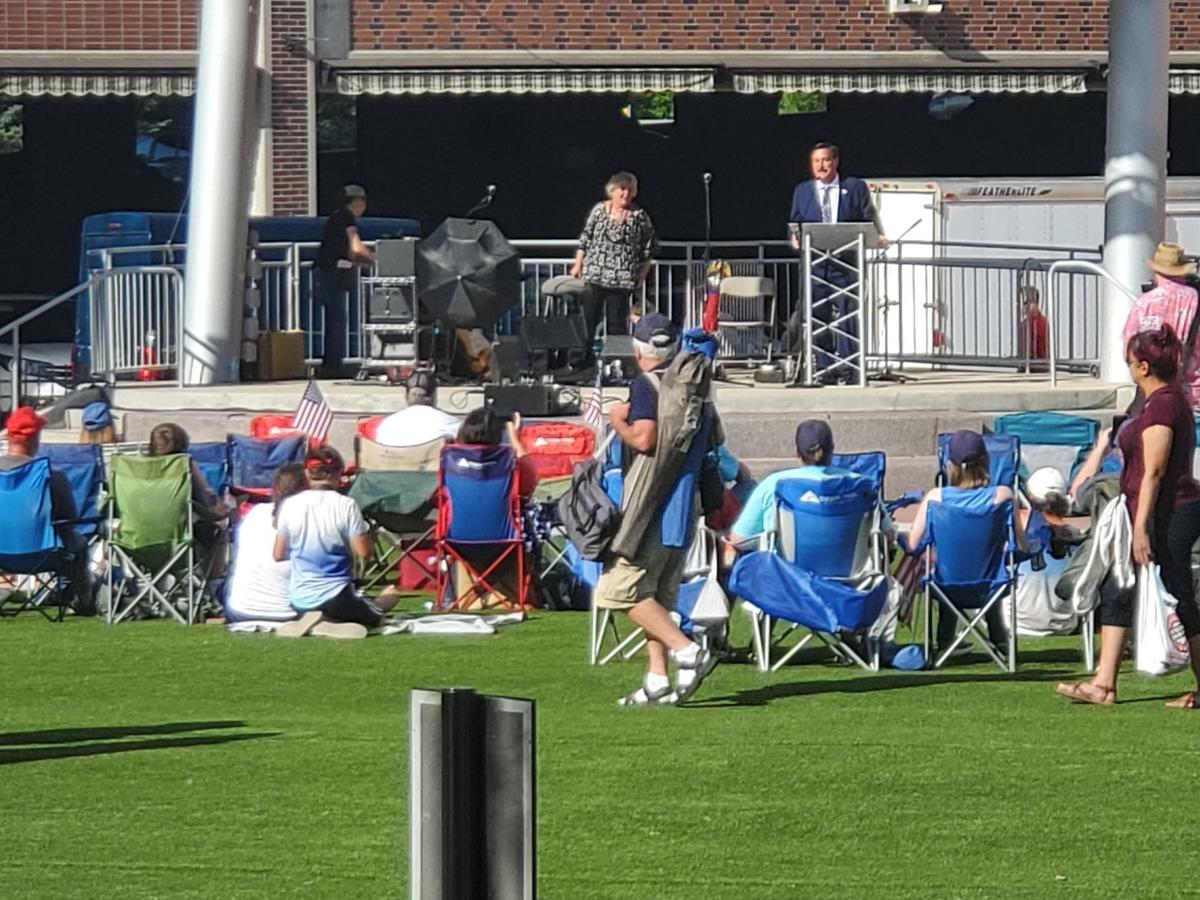 Michael Lindell, the CEO of My Pillow, speaks to a small crowd at Main Street Square in Rapid City.

This is the fourth update of coverage that precedes President Trump's visit to the Black Hills and tonight's fireworks show at Mount Rushmore.

Law enforcement in riot gear are on the scene as protesters standing and even dancing blocked the road to Mount Rushmore, prompting law enforcement to declare the situation an unlawful assembly.

The National Guard has just arrived on the scene and there are reports they are prepared to use tear gas on the protesters.

Meanwhile, the crowd continued to gather at Mount Rushmore, though some ticket holders for the fireworks show have been unable to get through the protests and stood outside their cars watching the action.

The lower level of the amphitheater is filled but there are many empty seats in the upper level. Many of the ticket holders are not wearing masks, but they are wearing Trump and MAGA hats and shirts with political messages.

Marine One, the helicopter that transports Air Force One, is now at Ellsworth Air Force Base. President Trump is expected to arrive around 6:45 p.m.

The nearly 44-inch lake trout was caught on the Wyoming side of Flaming Gorge Reservoir.

Gov. Kristi Noem will speak at 1:50 p.m. Mountain Time on Saturday at CPAC, considered the largest conservative gathering in the world.

SIOUX FALLS, S.D. (AP) — Dozens of advocates for transgender students protested in Sioux Falls and around the state on Saturday to speak out a…

PIERRE, S.D. (AP) — The South Dakota Senate on Monday unanimously supported a resolution urging the U.S. Congress to launch an investigation i…

US drug agents: Drug seizures surged in Nebraska in 2020

OMAHA, Neb. (AP) — The seizure of illegal drugs in Nebraska surged last year, according to federal drug agents for the state, and officials wa…

Man in organic seed fraud case given 51 months in prison

SIOUX FALLS, S.D. (AP) — A man accused of using his South Dakota businesses to defraud wholesale seed distributors out of millions of dollars …

The crowd continued to pack the Mount Rushmore amphitheater about 4:30 p.m.

Michael Lindell, the CEO of My Pillow, speaks to a small crowd at Main Street Square in Rapid City.