Stevens boys get past Governors
Share this
{{featured_button_text}}
1 of 3 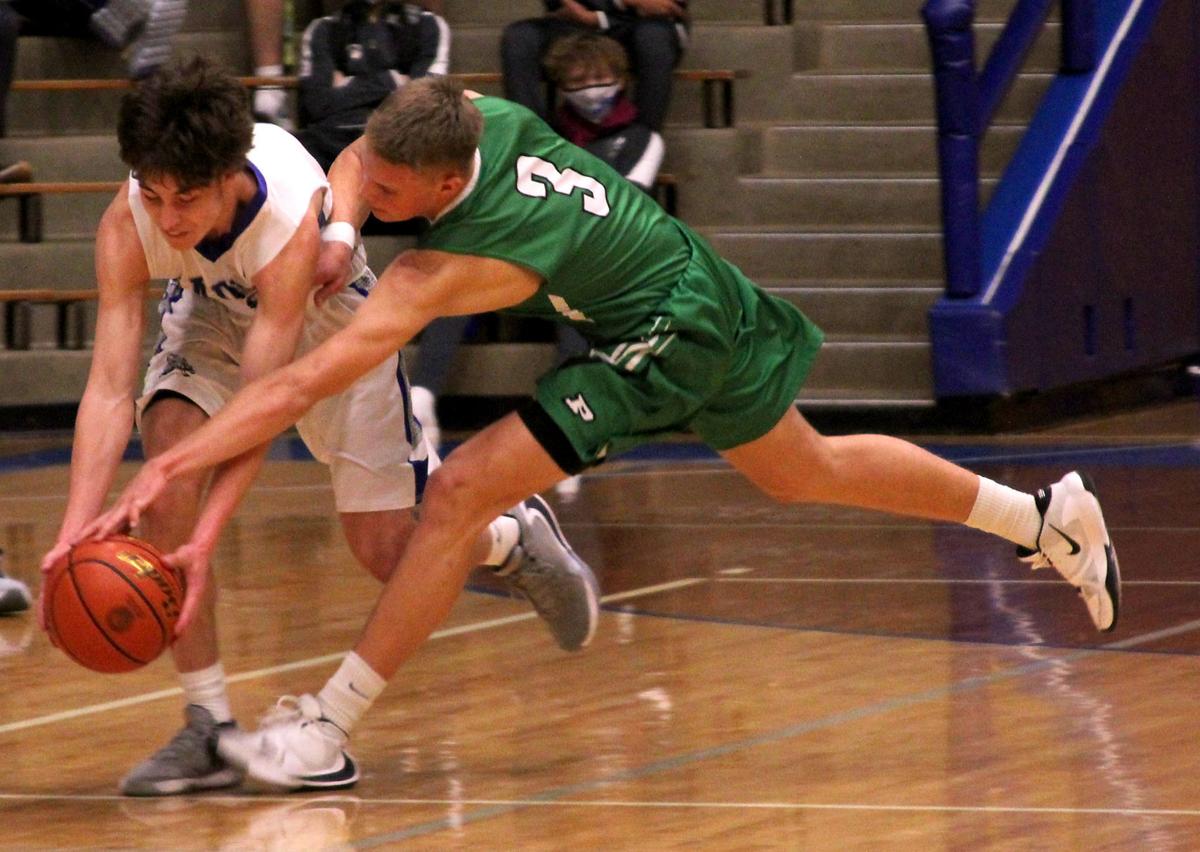 Raider guard Charles Christensen is fouled as he fights for a loose ball Friday night in Rapid City Stevens' win over Pierre. 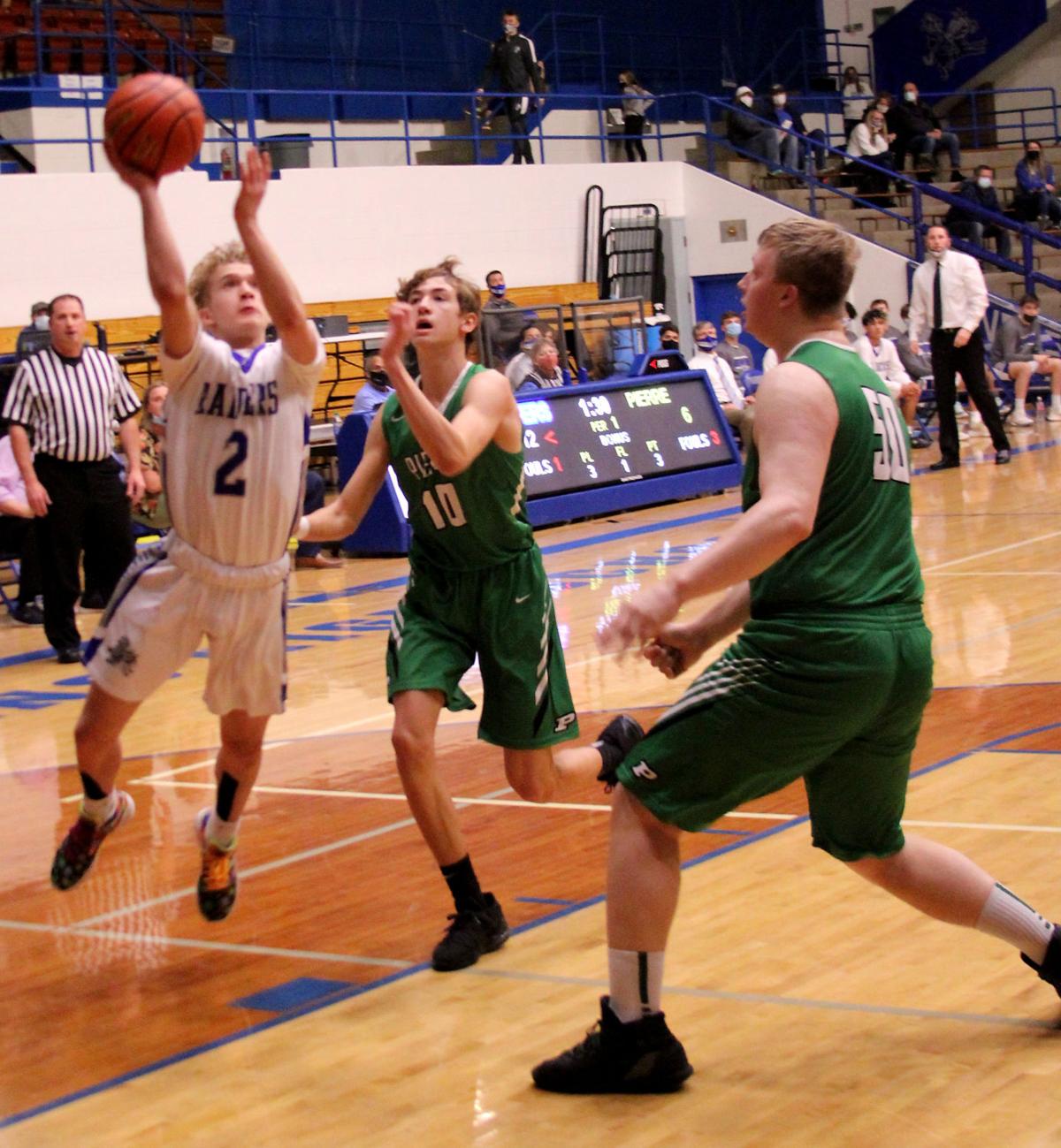 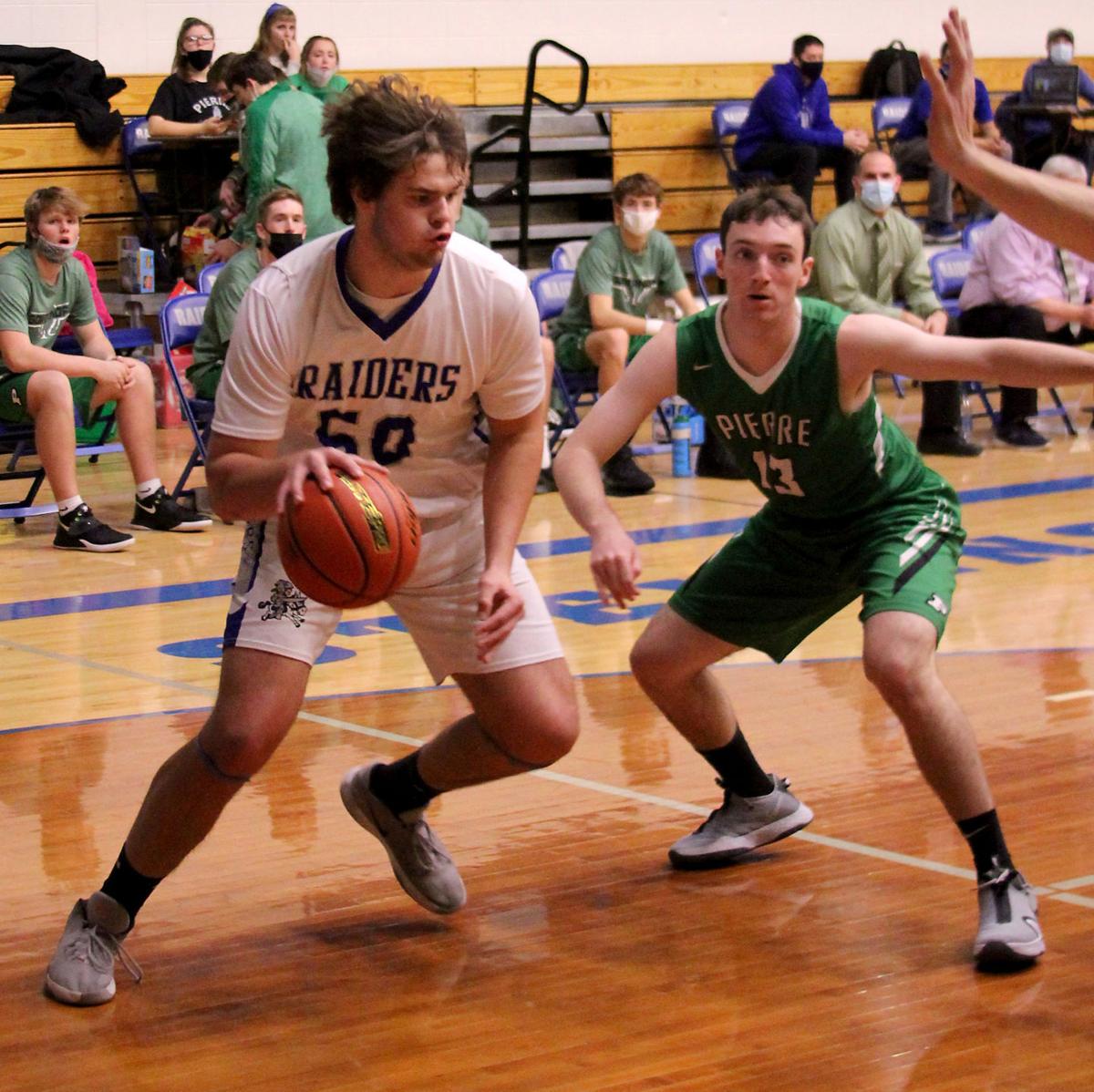 Rapid City Stevens center Ben Goldy drives toward the basket during the first quarter of the Raiders 53-40 win.

Pierre only led twice early as the Raiders took a 14-6 lead into the second quarter and were up 26-15 at halftime. Stevens held a comfortable 40-26 advantage going into the fourth quarter.

Jordan Eberlein led the way for the Raiders with 15 points on 4-of-8 shooting from the field and 7-of-8 from the free-throw line. he also grabbed seven rebounds.

Charles Christensen chipped in with 10 points, while Jaden Haefs and Terrance Eastman added nine points each.

Lincoln Kienhold paced the Governors with 15 points. Pierre was just 17-of-50 from the field and hit 1-of-16 3-pointers.

RAPID CITY CHRISTIAN 81, SHILOH CHRISTIAN 67: The Comets rallied in the fourth quarter to get the road win in Bismarck, N.D., Friday night.

NEW UNDERWOOD 48, LEAD-DEADWOOD 42: The Tigers came back from a 10-point halftime deficit to stop the Golddiggers Friday in Lead.

New Underwood, 3-2, opens the West River Tournament Thursday in Newell against Faith, while Lead-Deadwood, 3-4 is at Douglas Tuesday.

Chadron led just 14-12 at the end of the first quarter but outscored Belle Fourche 21-3 in the second for a 35-15 halftime lead.

HILL CITY 69, EDGEMONT 62: The Rangers outscored the Moguls 22-14 in the fourth quarter to get the win Friday night in Edgemont.

Caleb Simons was big for Edgemont with 34 points and 15 rebounds, with Ryan Koupal finishing with 10 points, seven rebounds and four steals.

RAPID CITY STEVENS 59, PIERRE 40: The Raiders took control in the second quarter for the win over the Lady Governors Friday night in Pierre.

The Golden Eagles led 25-15 at halftime.

The Cobblers, 4-3, are at Pierre Saturday, while the Golden Eagles, 5-0, host Rapid City Stevens Saturday.

Raider guard Charles Christensen is fouled as he fights for a loose ball Friday night in Rapid City Stevens' win over Pierre.

Rapid City Stevens center Ben Goldy drives toward the basket during the first quarter of the Raiders 53-40 win.