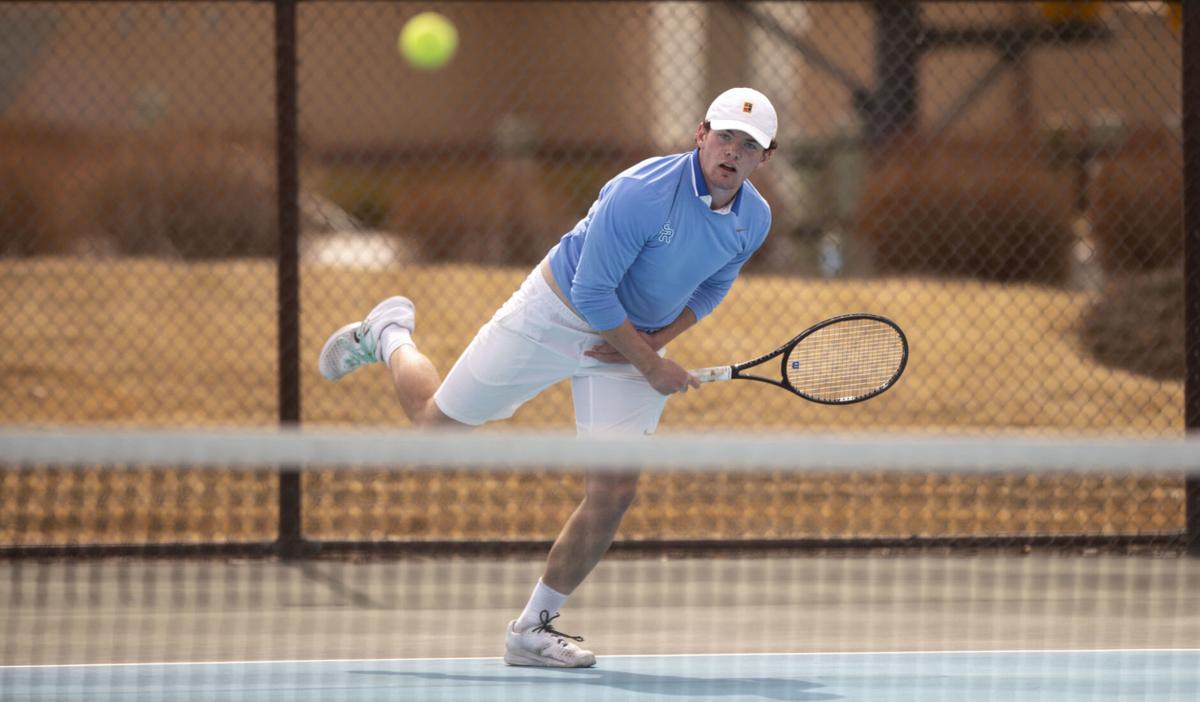 Rapid City Stevens' Asa Hood returns the ball during a match against Sioux Falls Christian on Friday at Sioux Park. 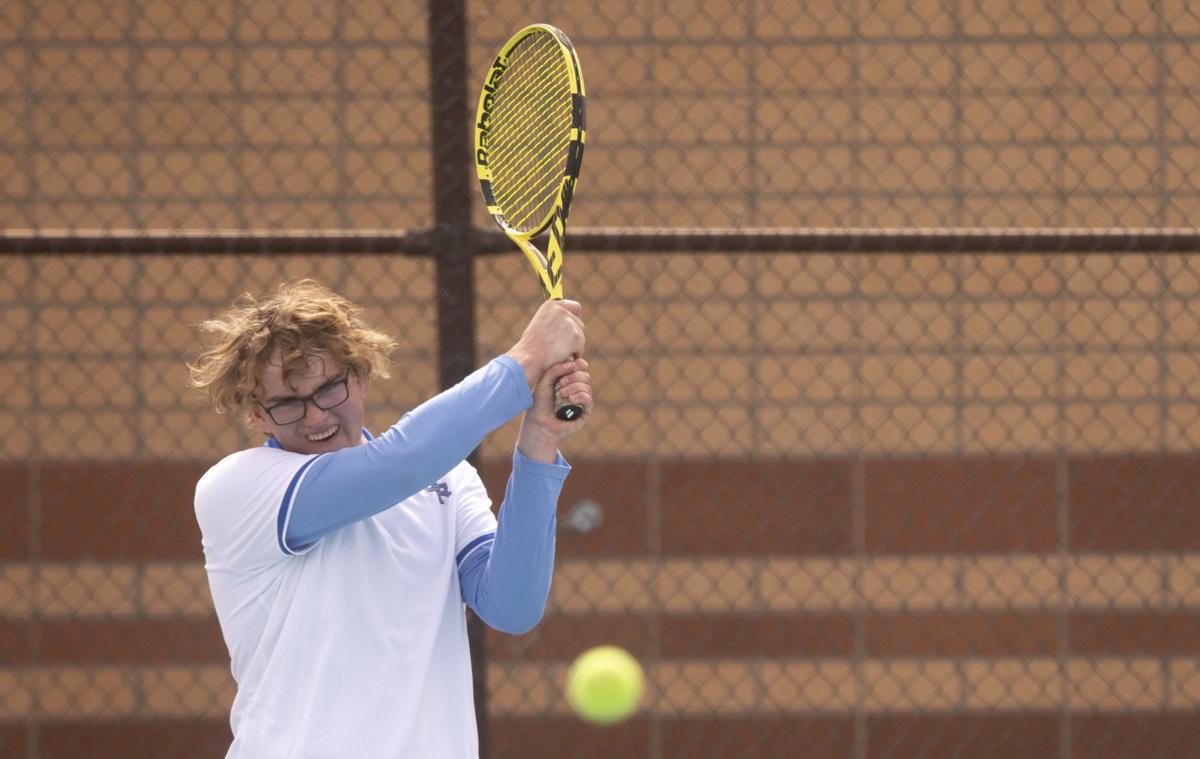 Rapid City Stevens' Thomas Postma hits a forehand during a match against Sioux Falls Christian on Friday at Sioux Park. 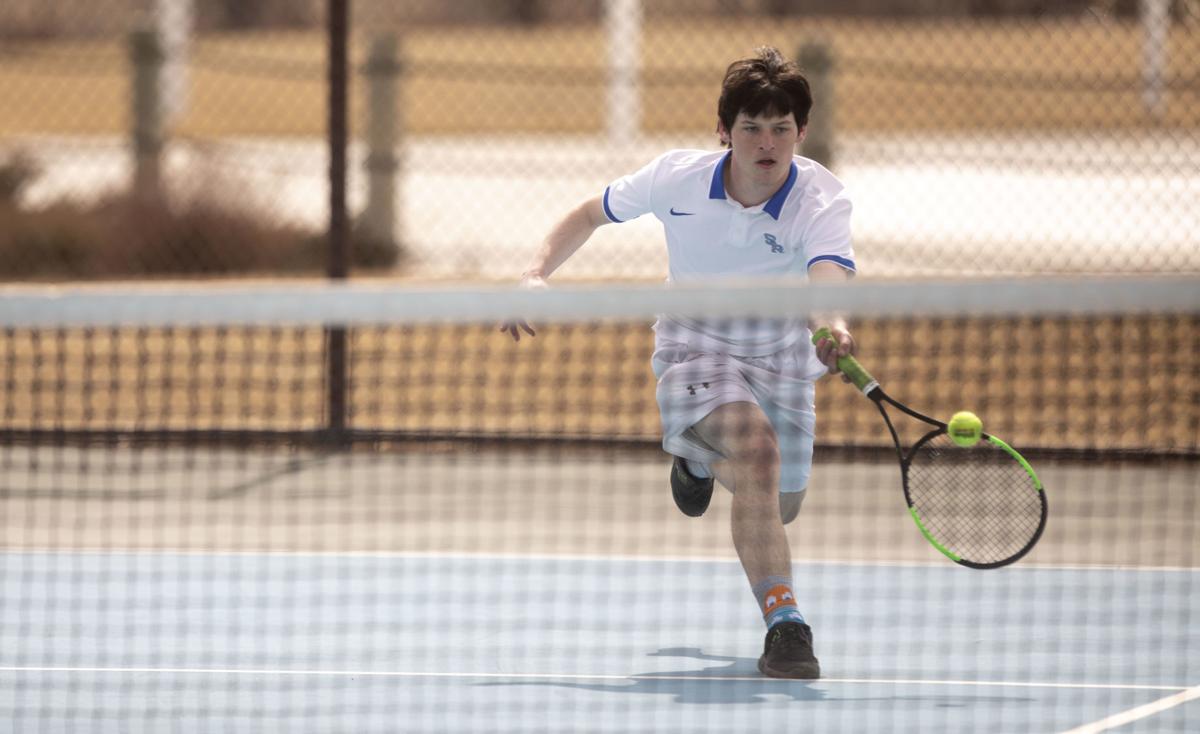 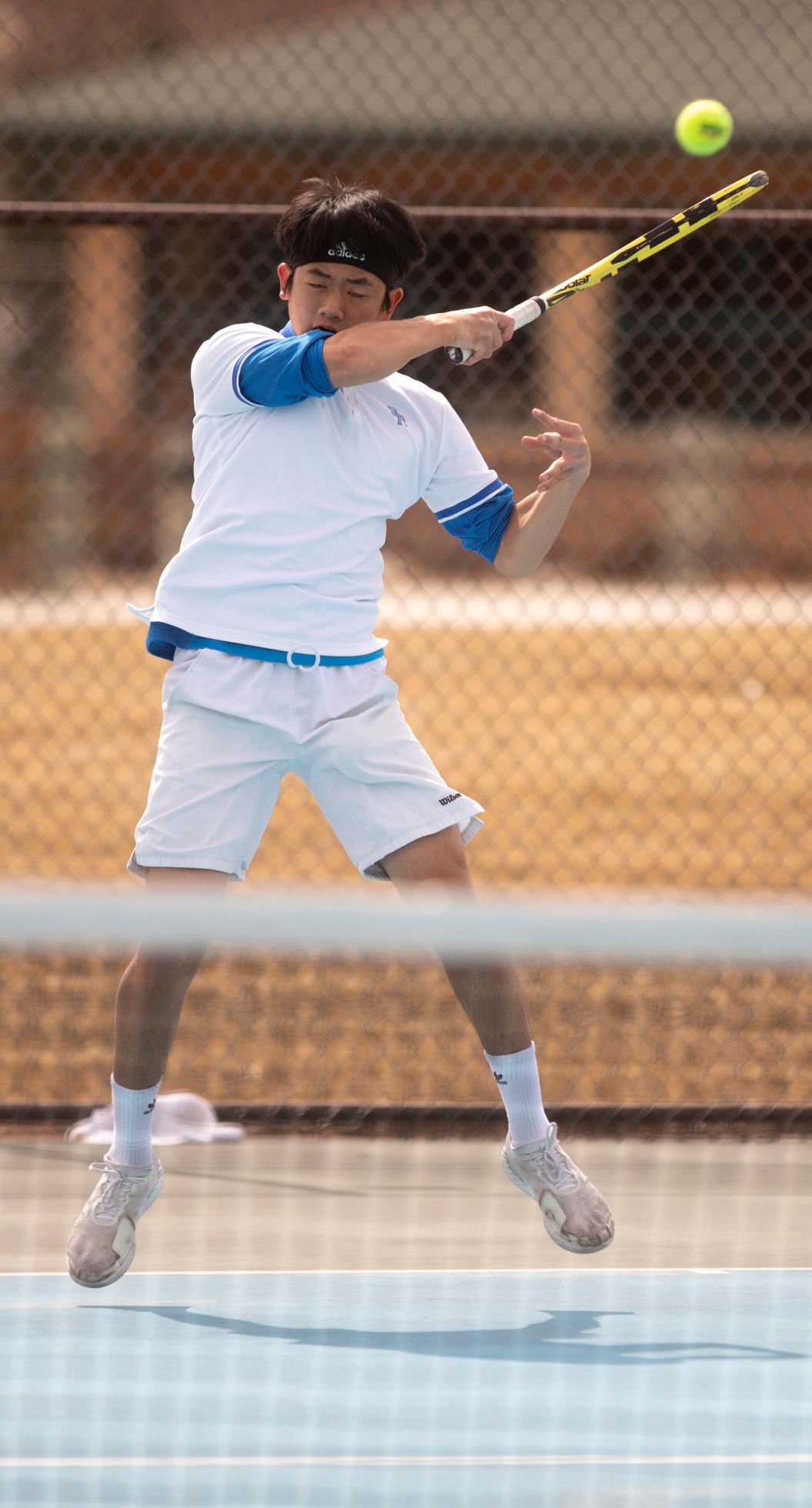 Rapid City Stevens' Michael Tang returns the ball during a match against Sioux Falls Christian on Friday at Sioux Park. 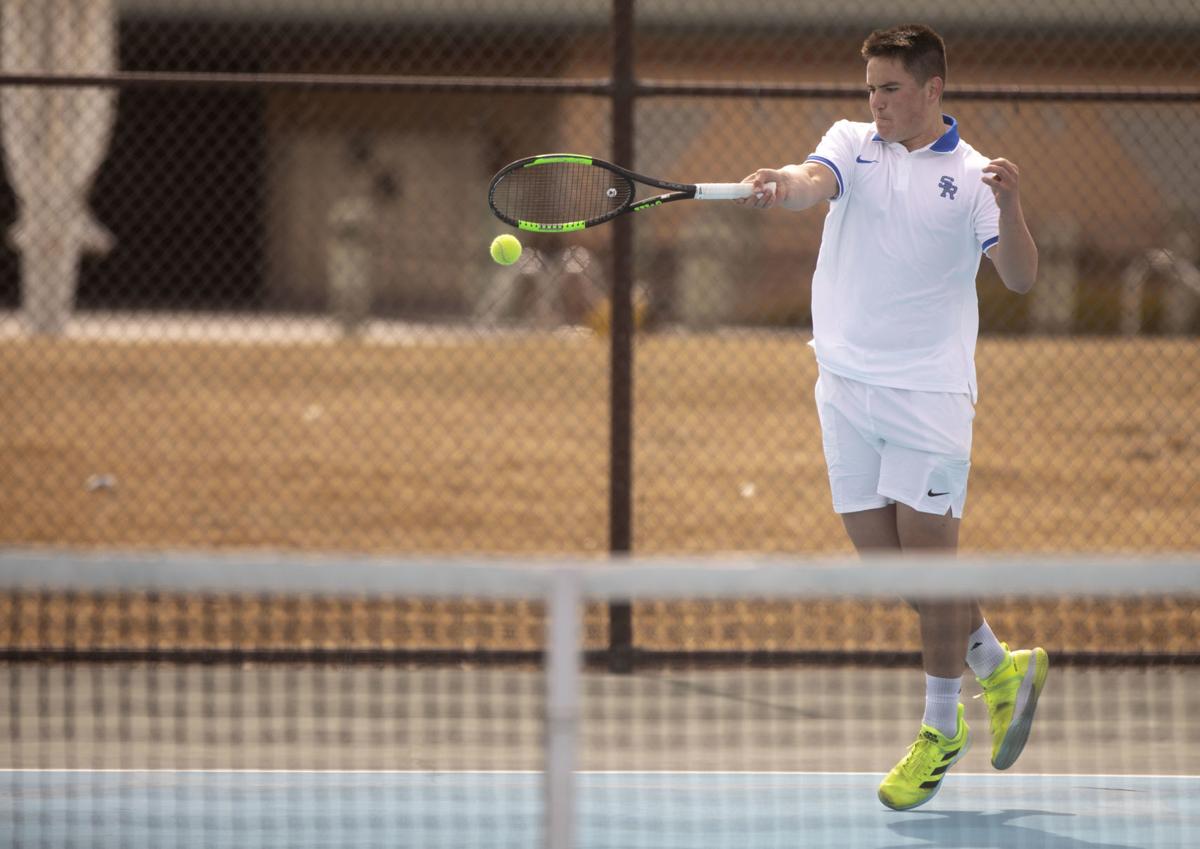 Rapid City Stevens' Sam Mortimer returns the ball during a match against Sioux Falls Christian on Friday at Sioux Park.

And for the first time in school history, the Raiders had minimal trouble against the Chargers on their home court, cruising to an 8-1 victory Friday afternoon at Sioux Park.

“I’m just impressed with the depth of our team,” Stevens head coach Jason Olson said. “We’ve got nine, 10 kids who are varsity level and our JV is solid, and everybody did well this weekend. I’m impressed with the growth we’ve made, just in the last two weeks.”

Raiders No. 1 Jamison Pfingston withdrew from his first singles match due to a tweaked back he suffered earlier in warmups, but later took the court with partner Michael Tang for first doubles, which they won in straight sets.

“He’s got an older man’s body because he hits the ball so hard, so it’s a little more wear and tear on a lot of those taller guys like that,” he said. “He’s strong. Nobody hits the ball harder than him in the state, so every time you do that, that puts a torque on your back. I just have to remind not to overhit and stretch, and make sure you do all the things you’ve got to do when you’re not there and be ready to go.”

Olson swapped in Christian Mueller to play first singles, where he fell 6-2, 6-0 to Collin Harmelink for Stevens’ (3-0) only loss of the match.

“I thought he did well. Christian wasn’t playing his best during the challenge matches, and I told him he’s playing varsity doubles, I’ve got confidence in him,” Olson said. “I just told him to hang in there and keep getting better. It gives you a chance to get experience, and I’m hoping he uses that to keep improving.”

“I was just staying consistent, staying in the points,” Tang said. “I think I could’ve done better, just playing more aggressive. Instead of just staying in points, maybe commanding them.”

Conor Cruse, playing in just his second varsity match, earned a 6-3, 6-1 win over Gavin Mulder to round out singles play.

Pfingston showed little sign of having a back injury as he ripped serves over the net in his and Tang’s 6-2, 6-3 victory over Leverhagen and Puumala in first doubles, finishing the win with an ace down the line.

The senior said his withdrawal from singles was mostly precautionary.

“It wasn’t at the point where I couldn’t play,” he said. “I was at 85%, so I could play through doubles and just grind it out. It felt good at the end, so I think it’s better now.”

Mortimer and Hood teamed up for second doubles and overcame a one-set deficit to Harmelink and Munson by bageling their opponents before claiming the third-set matchbreaker to pull off a 3-6, 6-0, 10-4 victory.

Postma and Mueller, having never played a match together before Friday, took on Prins and Mulder and came away with a tough 6-2, 6-7(3), 10-3 win to conclude the day.

“They battled,” Olson said of Postma and Mueller. “Thomas really got into the match and hit some big shots, and got Christian fired up. It’s just nice to see when you work together.”

The Raiders swept the day with an 8-1 win over Aberdeen Central earlier on Friday.

“I think we’re doing well,” Pfingston said. “I think if all of us get a little bit more consistent, keep the ball in more, we’ll be really solid.”

The Raiders return to action April 6 at Spearfish.

Rapid City Stevens' Asa Hood returns the ball during a match against Sioux Falls Christian on Friday at Sioux Park.

Rapid City Stevens' Thomas Postma hits a forehand during a match against Sioux Falls Christian on Friday at Sioux Park.

Rapid City Stevens' Michael Tang returns the ball during a match against Sioux Falls Christian on Friday at Sioux Park.

Rapid City Stevens' Sam Mortimer returns the ball during a match against Sioux Falls Christian on Friday at Sioux Park.