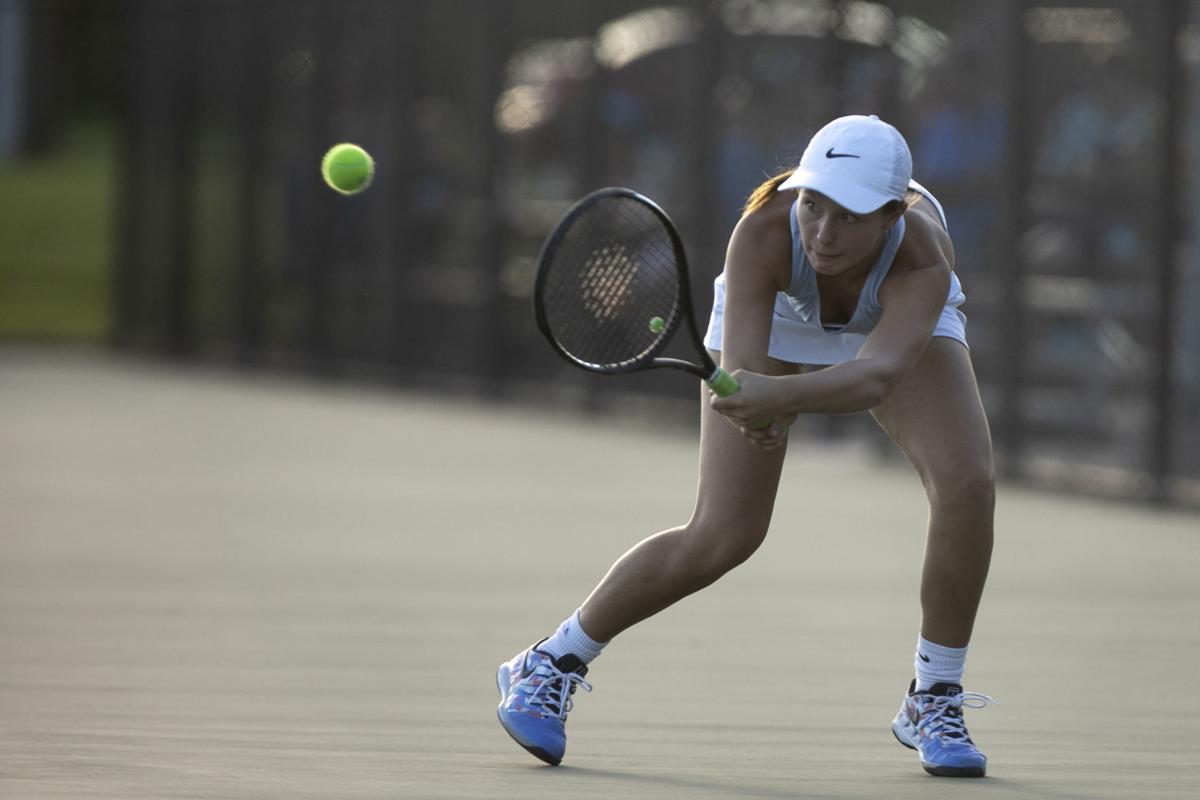 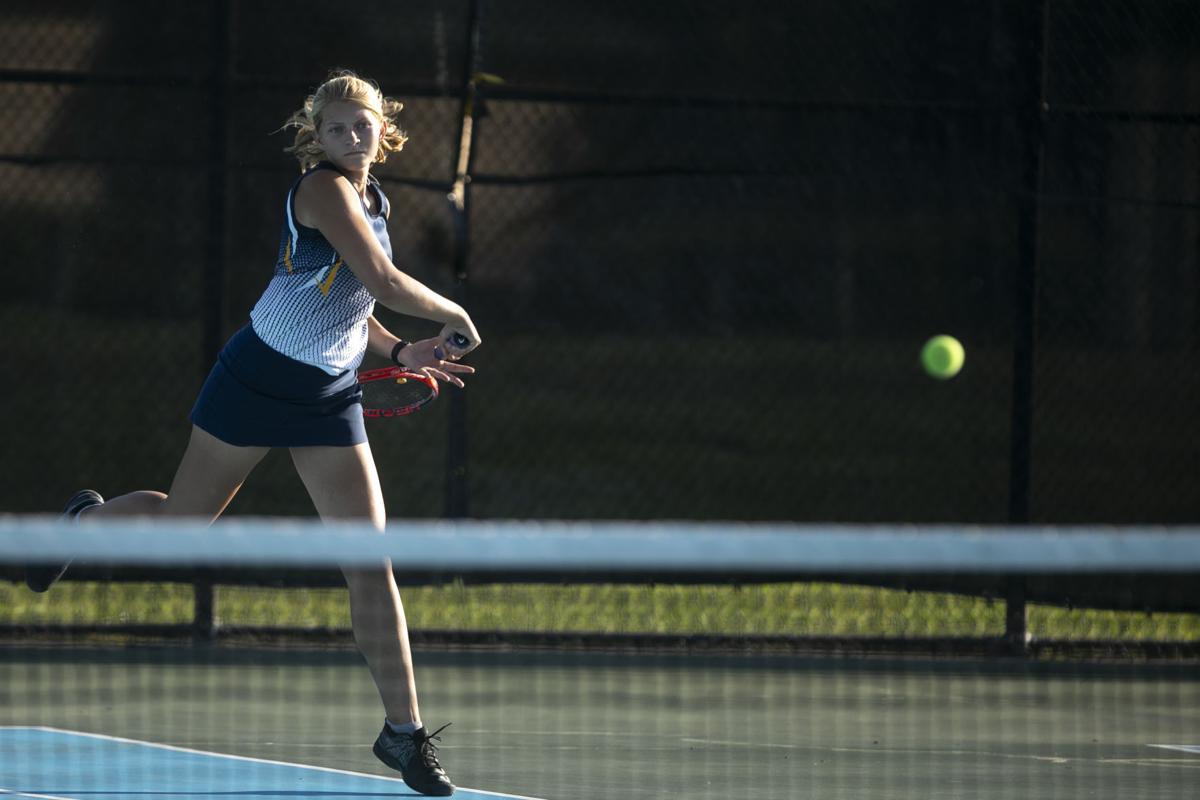 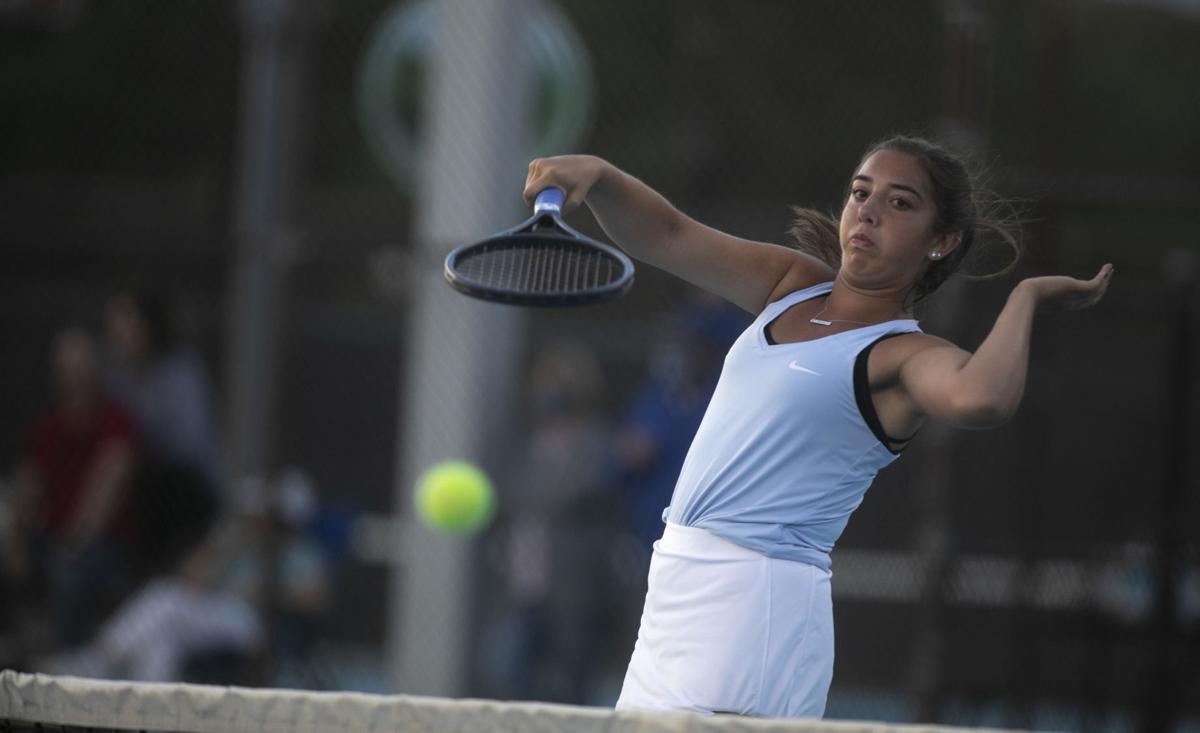 The Rapid City Stevens girls' tennis team earned a 9-0 shutout of Rapid City Christian in a match that appeared much closer than the final score indicated.

The Raiders won all six singles matches, although two had to go three sets, and all three doubles matches with one going three sets.

Julia Wiedmeier had to battle back from a 7-5 loss to Zeah Ryherd in the first set of the No. 5 flight, but handled Ryherd in the next two sets, 6-3 and 10-2.

At No. 6, Peyton Ogle had the easiest win of the night with 6-0, 6-0 victory over Ciera Crawford.

Emma Thurness and Kaiya Parkin came away with a 6-1, 6-1 win over Ryherd and Crawford at No. 3.

In doubles play, Katie Denholm and Meyer came away with a 10-4 win, Franciliso and Mortimer won 10-4 and Alysa Denholm and Barton prevailed 10-1.

STM faces Stevens next Tuesday, while Central is at Spearfish Friday.

The Spartans finished with a 160 for the nine-hole tournament, while Central was second with a 166, followed by Rapid City Stevens at 179, St. Thomas More at 208 and Sturgis with a 222.

Duran finished with a 36, two strokes ahead of Sam Grout of Spearfish. Dane Burghduff of Spearfish and Seth Stock of Central both shot a 39, with Jack Hight of Spearfish in fifth place with a 41.

The Rapid City Central cheer and dance team came away with the cheer team title Thursday night at the Belle Fourche Cheer and Dance Invitational.

SPEARFISH 5, STURGIS 0: The Spartans remained unbeaten with the blanking of their rivals Thursday night at Spearfish.

No other results were made available.

SPEARFISH 2, STURGIS 1: The Spartans got past the Scoopers Thursday night in Spearfish.

No other results were made available.

For Lyman, Allison McManus had nine digs, with Drew Lulf had seven assists.

Gregory, 1-1, hosts Jones County and Colome Saturday, while Lyman, 0-2, is at Colome Tuesday.

The South Dakota Attorney General was involved but uninjured in a fatal Saturday night crash in Hyde County while driving home from a GOP dinner.