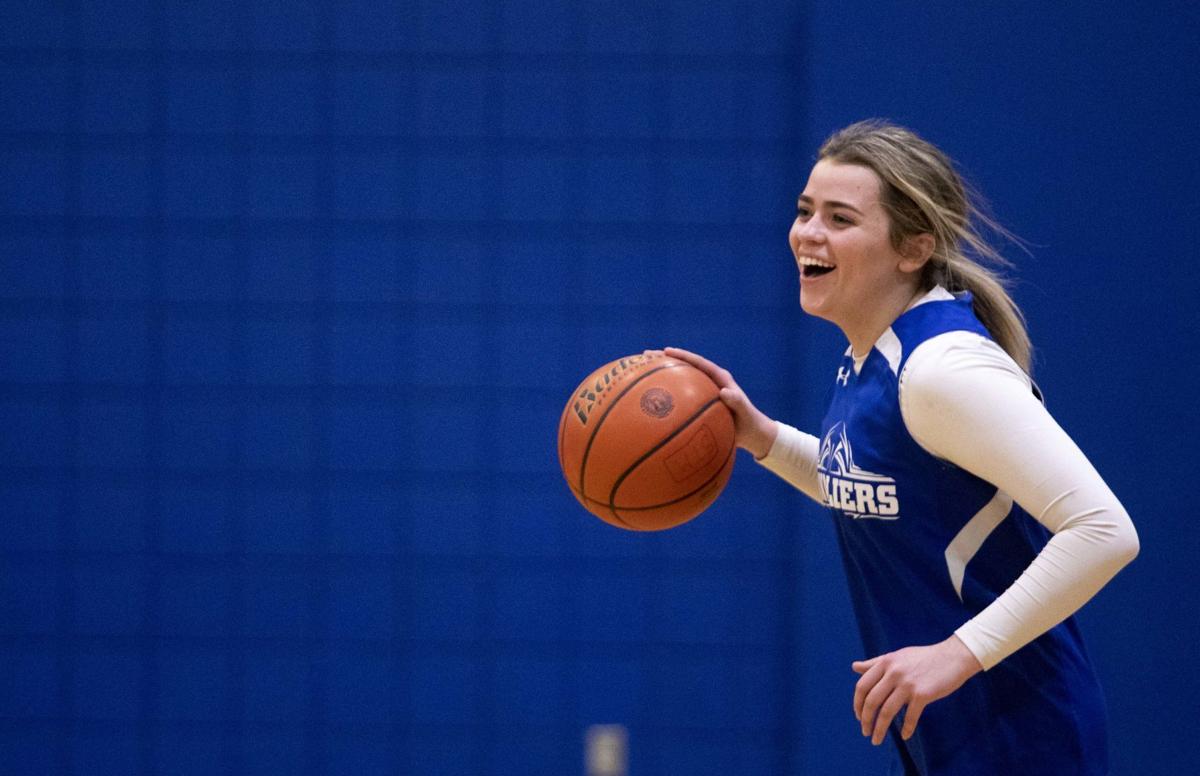 Mairin Duffy laughs with teammates during practice on Tuesday at St. Thomas More. 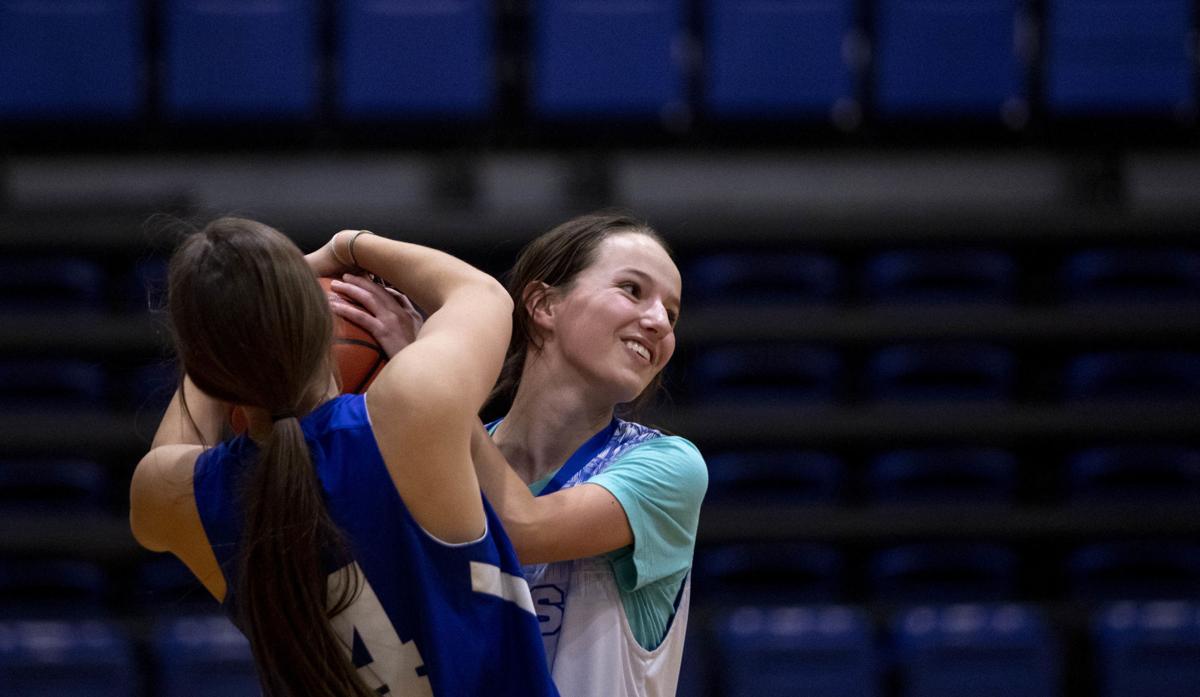 Elli Heig fights for the ball during practice on Tuesday at St. Thomas More. 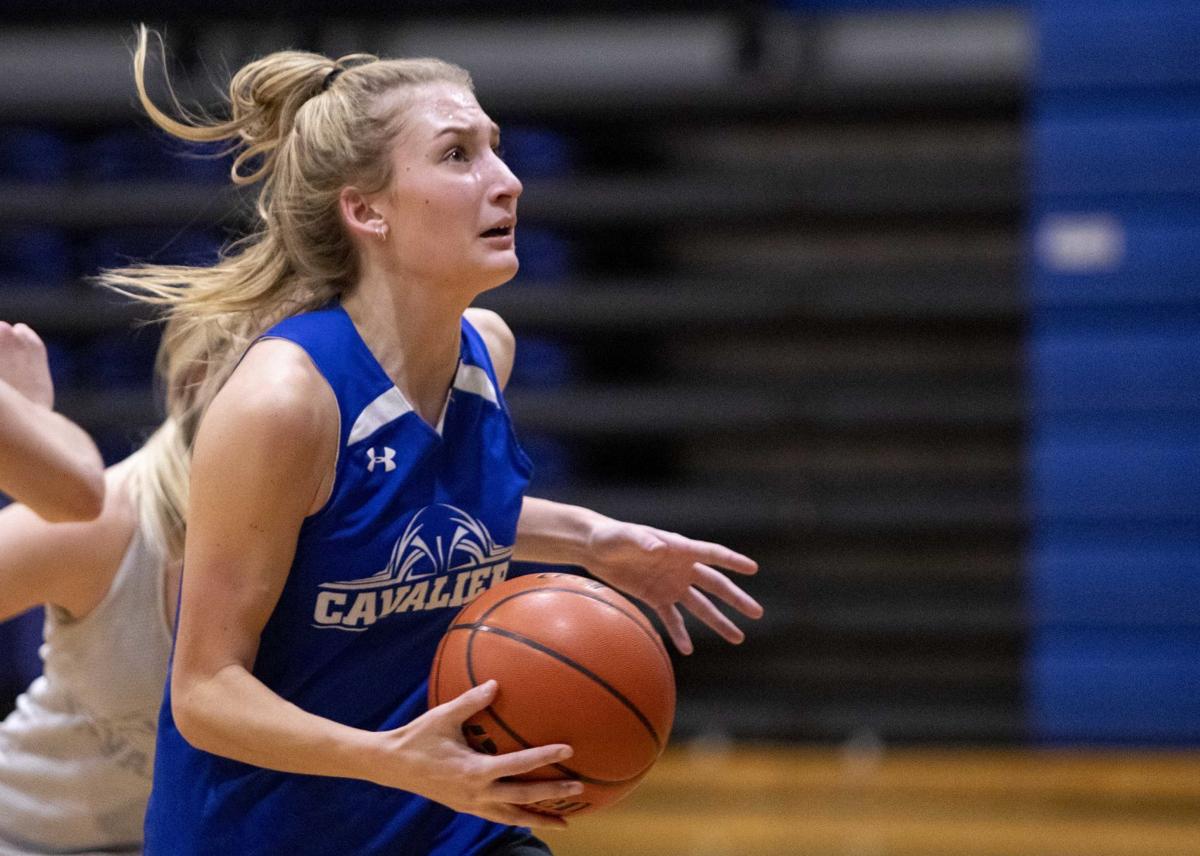 Jada Mollman drives down the court during practice on Tuesday at St. Thomas More. 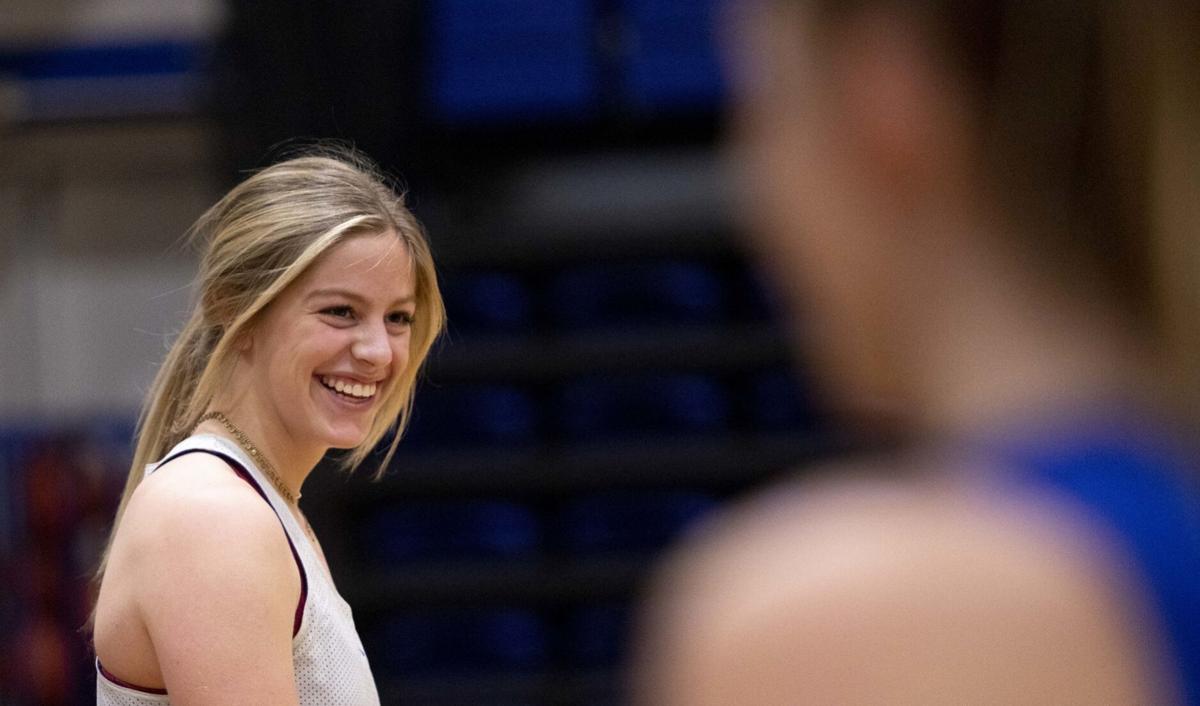 Gabby Robbins smiles as teammates cheer her during practice on Tuesday at St. Thomas More. 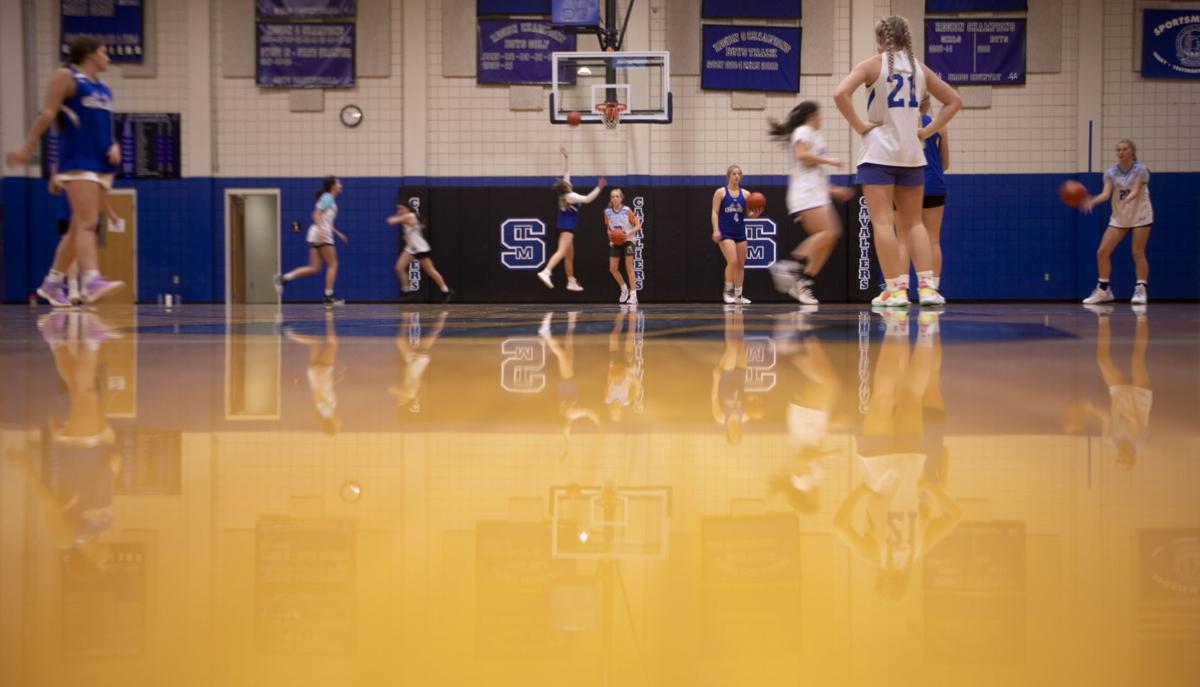 Brandon Kandolin is relieved that the high school basketball season is starting again under typical circumstances.

Having led a plethora of preseasons in the past, he’s guided St. Thomas More through a whirlwind of the last two years, with the COVID-19 pandemic shutting down the 2019-20 season early and the 2020-21 season being conducted with several unknowns.

He’s entering this season, however, like he did before the pandemic and with a more optimistic view.

“It has more of a natural feeling,” he said. “We’re back to feeling normal, knowing that you’re probably going to have a full season.”

As girls basketball practices get underway across the state this week, the Cavaliers are beginning their 2021-22 campaign looking to replace the roles left behind by reigning Miss Basketball and Gatorade Player of the Year winner Haleigh Timmer, who led the program to a 22-3 record last season and a fourth place finish at the Class A state tournament.

Moving on from such a dynamic athlete who could, at times, do it all on the court, will require multiple players, junior Reese Ross said, supplying their best attributes.

While it does feel like a return to normal, STM is starting things off with fewer participation numbers than it’s used to, conducting these early practices with just 14 players.

Senior Mairin Duffy sees that as a positive, though, saying it means athletes will be able to partake in more drills and see more playing time, including the younger ones, which will in turn make practices more competitive.

“In the past we’ve had pretty big teams, so having fewer people is forcing them to step up and get more reps in,” she said. “Which is good for the coming years and for our team this year, to have good people to practice against.”

Despite their smaller numbers, the Cavaliers, who lost Timmer and Jenna Jacobson to graduation, have three returning starters in Duffy, Ross and Gabby Robbins. Additionally, Kandolin said there are several more players, including Makenna Jacobson, Megan Lee and Jada Mollman, who also bring prior experience.

“It’s extremely important to have a good core that can come back. That’s what helps the foundation continue to be built upon,” he said. “It also helps accelerate what you can do in practice to be prepared for those first two weeks of games and what we need to do before Christmas break.

In these first few practices and ahead of St. Thomas More’s season-opener Dec. 9 at a tournament in Wyoming, Kandolin said the focus is getting his team back to fundamentals while introducing some defensive concepts, the latter of which he said will be crucial this season.

“To me that’s an effort thing that everyone can put in. You don’t have to be the most athletic and jump the highest or whatever, you just have to give us the effort,” he said. “It’s a gradual process, but right now we’re getting the ball back in their hands, and we’ll see where we’re at and what we need to work on most.”

Duffy said it’ll be important for the Cavaliers to find a rhythm by December.

“Losing someone like Haleigh leaves a big void to fill,” she said. “So learning how to play without her, I think we’re going to have to get into a groove of some sort and hopefully hit our stride by our first game.”

Mairin Duffy laughs with teammates during practice on Tuesday at St. Thomas More. 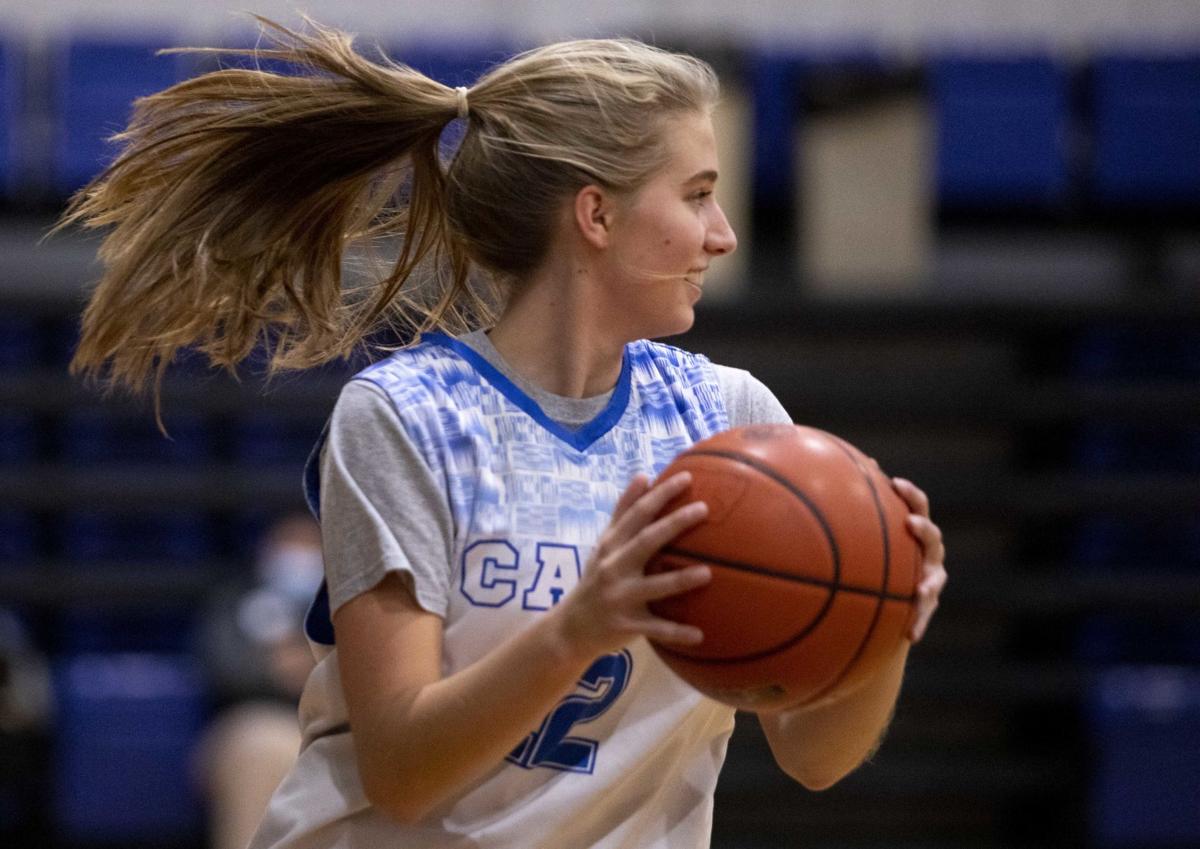 Megan Lee looks to pass during practice on Tuesday at St. Thomas More.

Elli Heig fights for the ball during practice on Tuesday at St. Thomas More. 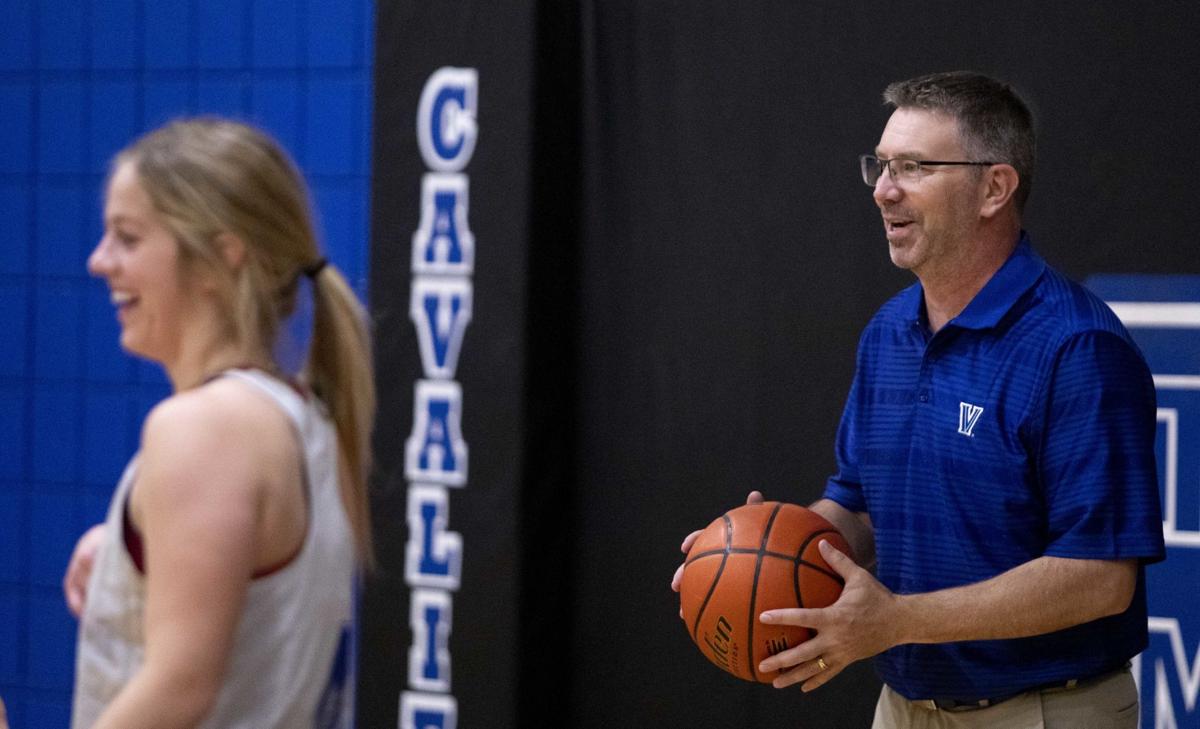 Jada Mollman drives down the court during practice on Tuesday at St. Thomas More.

Gabby Robbins smiles as teammates cheer her during practice on Tuesday at St. Thomas More. 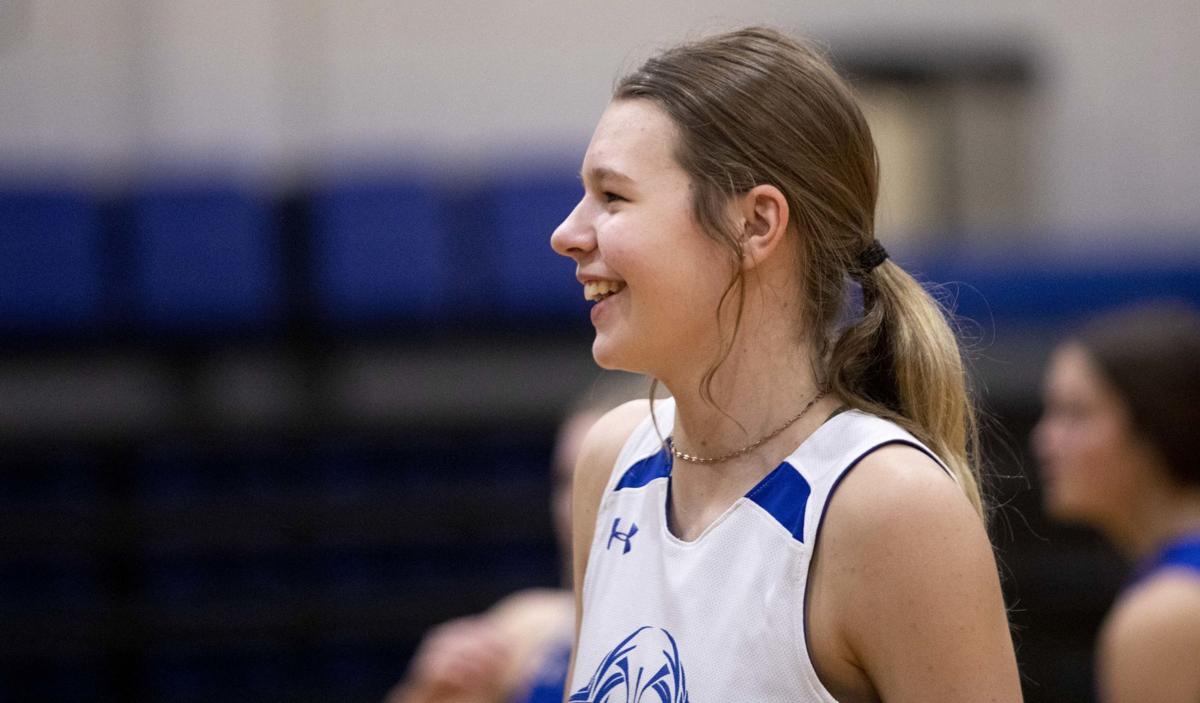 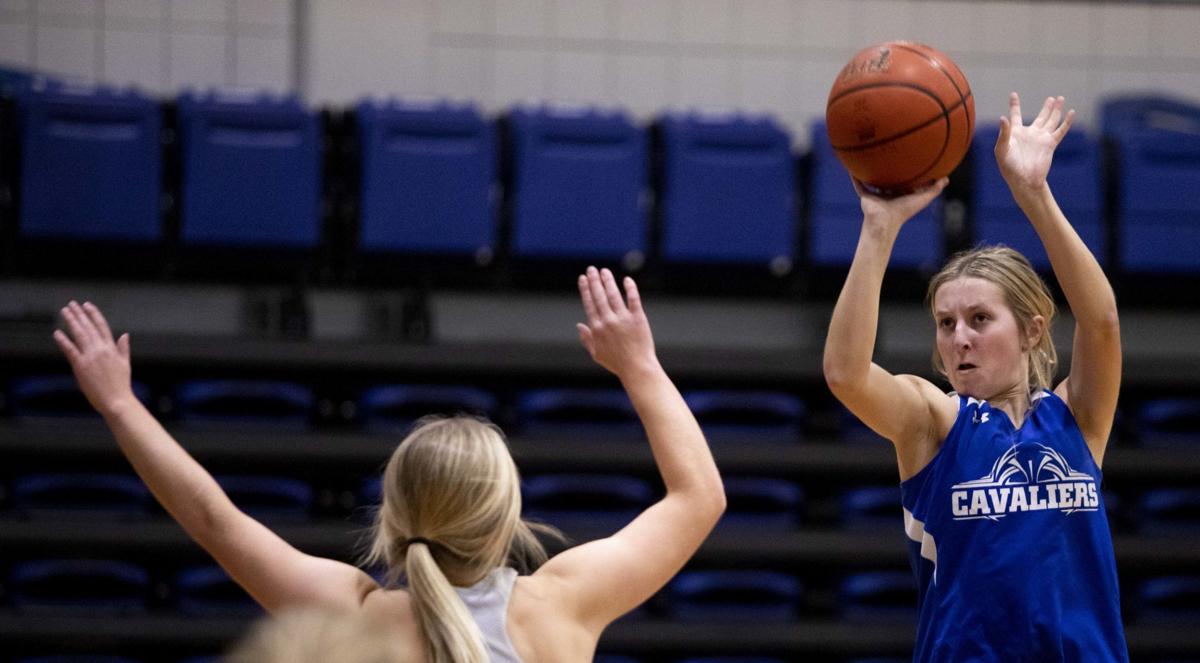 Makenna Jacobson jumps up for a shot during practice on Tuesday at St. Thomas More.