More than 90 prospective jurors were corralled in two Pennington County courtrooms on Monday morning, marking the beginning of a triple murder trial in Rapid City expected to take several weeks. Less than an hour into the process, jurors held in an overflow room on the first floor of the Pennington County Courthouse began to ask how long the process would take.

“It could take all day,” a bailiff told a juror.

It did, in fact, take all day. By 5:30 p.m. Monday, the defense and prosecution had agreed on 17 jurors, five of which are alternates because of the length of the trial, which is scheduled to start with opening statements at 8:30 a.m. Tuesday in courtroom C1. It is scheduled to take up to five weeks.

At the end of witness statements and the presentation of evidence, the jurors will be asked to hear evidence in a triple murder case accusing Arnson Absolu, 37, of Bronx, New York, of killing three people in Rapid City in August 2020.

The third victim, Dakota Zaiser, 22, of Rapid City was initially identified as a possible witness in the deaths of Red Willow and Nagy. His body was discovered on Sept. 24, 2020 in a forested area north of Sheridan Lake.

Absolu is accused of fleeing to New York City after the killings. He was arrested Sept. 4, 2020 in the Bronx after being charged with the double murder. Absolu was charged with three counts of first-degree murder for all three deaths on Jan. 6, 2021 and then extradited to Rapid City.

He faces a mandatory life sentence for each count if convicted.

The process of selecting the jury was tedious and lengthy, a factor not lost on the judge presiding over the case. Circuit Court Judge Robert Gusinsky started the morning by telling the 57 before him in courtroom C9 and the remainder of the large group held in courtroom C8, “Thank you from the bottom of my heart.” He called jury duty an obligation, but a “rewarding obligation” and invoked the words of one of America’s founding fathers, Thomas Jefferson.

“I consider trial by jury as the only anchor ever yet imagined by man, by which government can be held to the principles of its Constitution,” Gusinksy recited.

The reasons for jurors asking to be removed ranged from the practical, such as moving plans, to the ethical.

One juror on Monday asked if he could be excused because he knew one of the victims and shares a defense attorney with the accused.

The jurors, although completely free citizens, were kept under close supervision. Not a phone was in sight at the start of the day. Gusinsky required that all phones be left in vehicles. Usually, the court requires phones to be turned off. Without any distractions, the group resorted to making small-talk and looking at photos on the courtroom walls during breaks.

The room began to whittle down by the afternoon, and some phones began to pop up. One woman appeared to fall asleep. Eventually, the jurors not needed for the case were released, and the resulting jury was asked to not research the case or speak to anyone about it until it concludes.

South Dakota $423M surplus will be top issue at Legislature

The South Dakota Legislature's nine-week session is slated to begin Tuesday with all eyes on what lawmakers might do with the state's $423 million surplus. Gov. Kristi Noem wants to use the money to cover repealing the state sales tax on groceries, a plan some of the state's staunchest Republicans oppose. Lawmakers also could revive a $200 million plan to cover utility infrastructure for new housing developments. Other priorities include updating the state prison system. Noem has called for building a new women's prison in Rapid City and a new men's prison in Sioux Falls.

Now in his fourth term, Sen. Thune has solidified his position as the second-ranking Senate Republican, but he says he remains focused on issues viewed as crucial to South Dakotans.

Elevate Rapid City is ready to release the findings of their year-long housing study, which quantifies everything from population growth to expected housing demand — a major point of concern in an already stressed housing market.

Jordan Hare, 27, faces a charge of felony hit-and-run resulting in a death or injury. The charges carry a two-year sentence.

A men arrested for soliciting sex with minors in an undercover sting operation during the Sturgis Motorcycle Rally pleaded guilty on Friday to attempting to receive child pornography.

Work is set to begin on Rapid City's downtown parking structure next week, with city officials saying this first phase will have a "minor impact" on parking.

A 28-year-old Rapid City woman pleaded guilty Monday to vehicular homicide after she reached a deal with the state.

The trial for a New York City man accused of murdering three people in Rapid City started with several bangs Tuesday morning, as the lead pros… 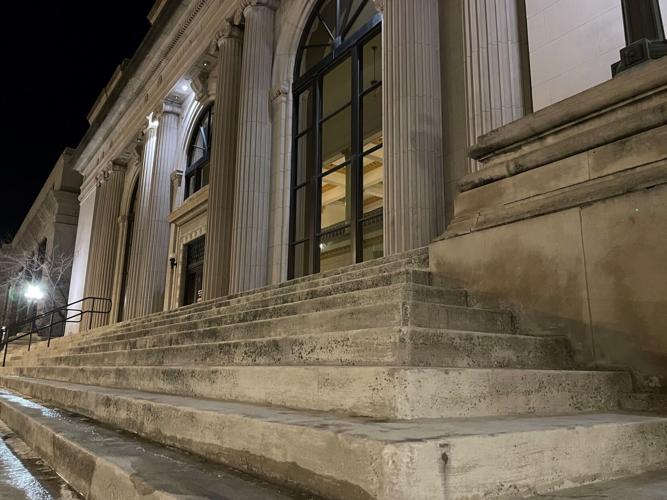 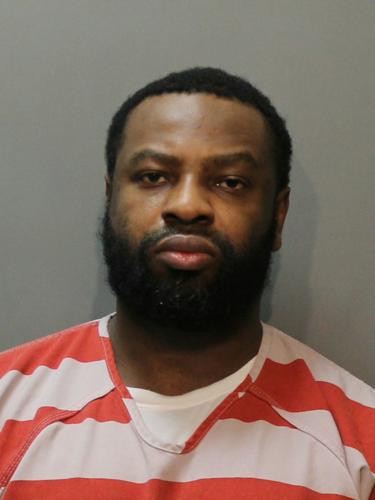