A moment that stood out to Washington State swimming head coach Matt Leach when rewatching the final of the 50-yard freestyle at the PAC-12 Championships last week, was when one of the broadcasters noted how Chloe Larson’s performance is now set to alter the Cougars’ program.

In surprising fashion to both Leach and Larson, the Rapid City native and St. Thomas More alumna surpassed her third-place finish in the preliminary race by bolting to the finish line before all others to claim the event and give Washington State swimming its first-ever PAC-12 championship.

Larson’s unprecedented accomplishment, a culmination of the work she’s put in, coming from a city and state that isn’t known for its aquatics, might have prospective recruits taking notice.

“It changes everything,” Leach said. “Even the announcer said that every sprinter is going to want to go to Washington State, and it’s just really cool to have that excitement. I’m so very lucky to help Chloe get to where she wanted to go. It’s going to continue to change our future and rewrite our history.”

Larson, a 2017 STM graduate, reached the B final of the 50 free as a junior last year and wanted to top it in her senior season, but wasn’t focused on a title.

After earning a third-best time of 22.16 seconds in prelims that morning, she put herself in the championship heat, among the best athletes in the conference. Following a less-than-perfect start, she hit the turn first and finished the race ahead of the pack with a time of 22.18 seconds and 0.06 ticks ahead of second-place.

Removing her goggles to see the scoreboard after it was all over, Larson covered her mouth with her hand in utter bewilderment.

“It was a big shock. My goal was to make it to the A final, but I never expected to win the race,” she said. “I was like OK, let’s just make top three tonight. I wasn’t really focused on placing, I was just trying to get my hand on the wall first and do everything right. I never had set the goal of winning, honestly.”

Leach said he and his staff knew she’d be in the finals based on how they’d seen her times drop over the course of the season, earning lifetime records, and they also thought she had a shot if she made minor adjustments, which she did.

Seeing her win in person is something Leach said he won’t soon forget.

“This is a splash and a dash, so you have a start, a turn and a finish, that’s pretty much it, all within 22 seconds of each other,” he said. “She nailed the turn, and after that we were just jumping up and down and going wild. As soon as she hit the wall, we knew it.

“One of the things I live for as a coach is that moment when a student-athlete looks at the clock and doesn’t believe the place and doesn’t place the time, and is in shock. That moment (with Larson) will always resonate with me.”

Larson said she did not expect the acknowledgement she received, as her phone was soon flooded with text messages, emails and social media interactions from the Washington State community and those back home. In addition to a shoutout from head football coach Nick Rolovich and a follow request from school president Kirk H. Schulz on Instagram, Benson Sports Training, a Rapid City-based fitness facility at which Larson used to attend, also reached out.

“It’s been crazy. My phone was blowing up all night and the day after, just the outpouring of support from the university has been crazy,” she said. “It’s definitely gotten a lot more attention than I ever thought it would.”

The 50 free is such a short event, Larson said, that it’s very technical, so even the tiniest aspects of a race play a crucial part in a performance.

Those small details are what she’s been focused on in practice and over her four years with the Cougars to decrease her time. And it’s shown, as she’s taken 1.18 seconds off her personal best since her freshman year.

She’s also put an emphasis on nutrition and getting into the weight room. Leach said Larson’s physique has improved as a result since he took over head coaching duties three years ago.

“She’s just one of those people you root for. Her improvement from her freshman year is all because of her work ethic,” he said. “I get there’s a lot more talented people out there, but there’s not that many people who work as hard as she does and are as consistent as she is and are as dedicated as she is.”

That work ethic was first formed well before acquiring a Division I scholarship. A former member of the Rapid City Racers, a local youth swim team, Larson broke the state record in the 50 free as a ninth grader and claimed several state championships while in high school in multiple events.

But it was competing on the national stage, getting as high as a fifth place performance, that she said made her want to get serious in the sport. Now racing among elite student-athletes from around the country, Larson has developed a lot of pride in the Mount Rushmore State.

“That’s really when I knew I wanted to swim at a big level,” Larson said of national swim meets. “You really get to experience what it’s like outside of South Dakota because we don’t have high school swimming, so you really have to get your name out there in different ways.

“South Dakota has been such a big part of where I come from, and it’s really cool to be able to represent South Dakota at meets in the PAC-12 because not a lot of those people are from there.”

NCAA Championships, Olympic Trials Up Next

Larson now turns her attention to the NCAA Championships, which are scheduled to take place March 17-20 in Greensboro, North Carolina. While she again hasn’t set high expectations or goals for herself, she’s still getting herself in the weight room and fine-tuning things in the pool.

“We’re just trying to prepare the right way because all the competition is more stiff at that race, because everyone is the best. I want it to be about enjoying the experience, but also being able to compete at that level,” she said. “I haven’t really set any time or place, but I think I can definitely improve in some areas and hopefully drop some time, but I’m not going to put a time on anything.”

Leach believes the perfect race is still out there for her.

With the postponement of the Tokyo Olympics and its qualification events to this summer, due to COVID-19, Larson also has a crack at reaching the Olympic Trials. Last year, before the international event was shut down, she was 0.06 seconds short of qualifying, a feat that would stand alone among her accomplishments.

“That’s been my ultimate goal for years now, since I was a club swimmer. It would really be the top goal of my swimming career. It would mean everything for me to qualify for Trials,” she said. “I think that would be the coolest experience to be able to swim with people who are going to the Olympics.”

For her to get there, though, she’ll have to enter the 50-meter freestyle, as the Olympics compete with meters as opposed to yards with the NCAA. Additionally, an Olympics-size pool is longer, so the 50-meter free does not contain a turn.

“For her to qualify for Olympic Trials, we’ve just got to find a swim meet that’s long course meters,” he said. “We just need to find a 50-meter pool that’s having a meet and be able to get to it safely during a pandemic and have her swim in it, and I think she’d get it, no questions asked.” 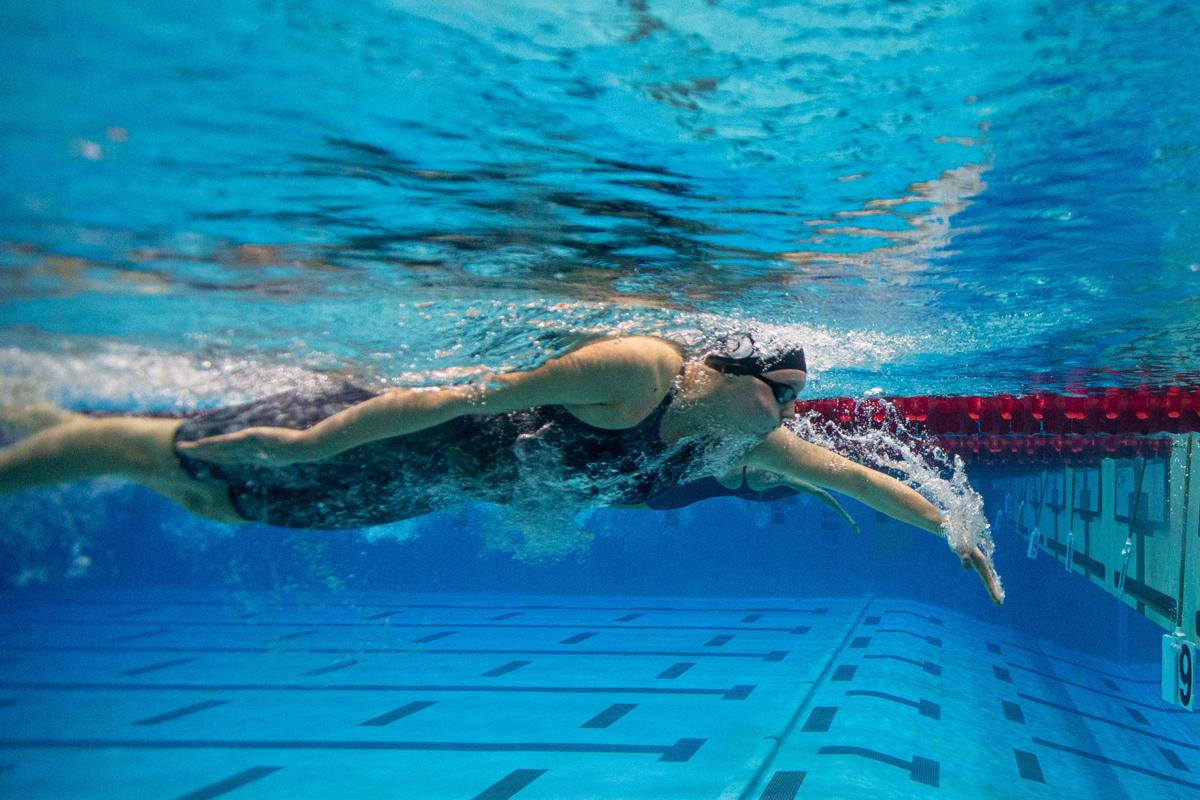 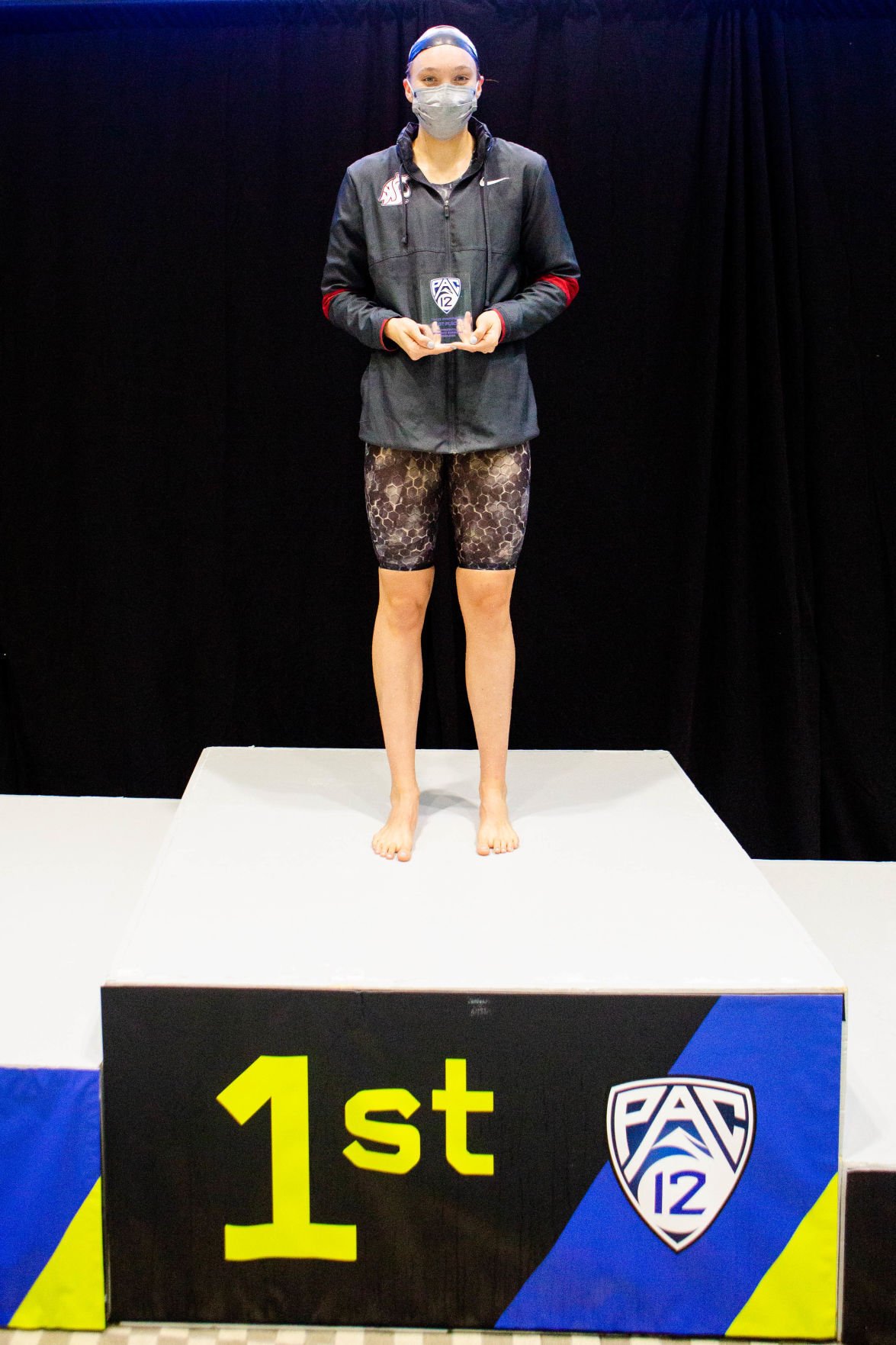 Chloe Larson stands at first-place podium after winning the 50-yard freestyle at the PAC-12 Championships Feb. 25 in Houston, Texas. 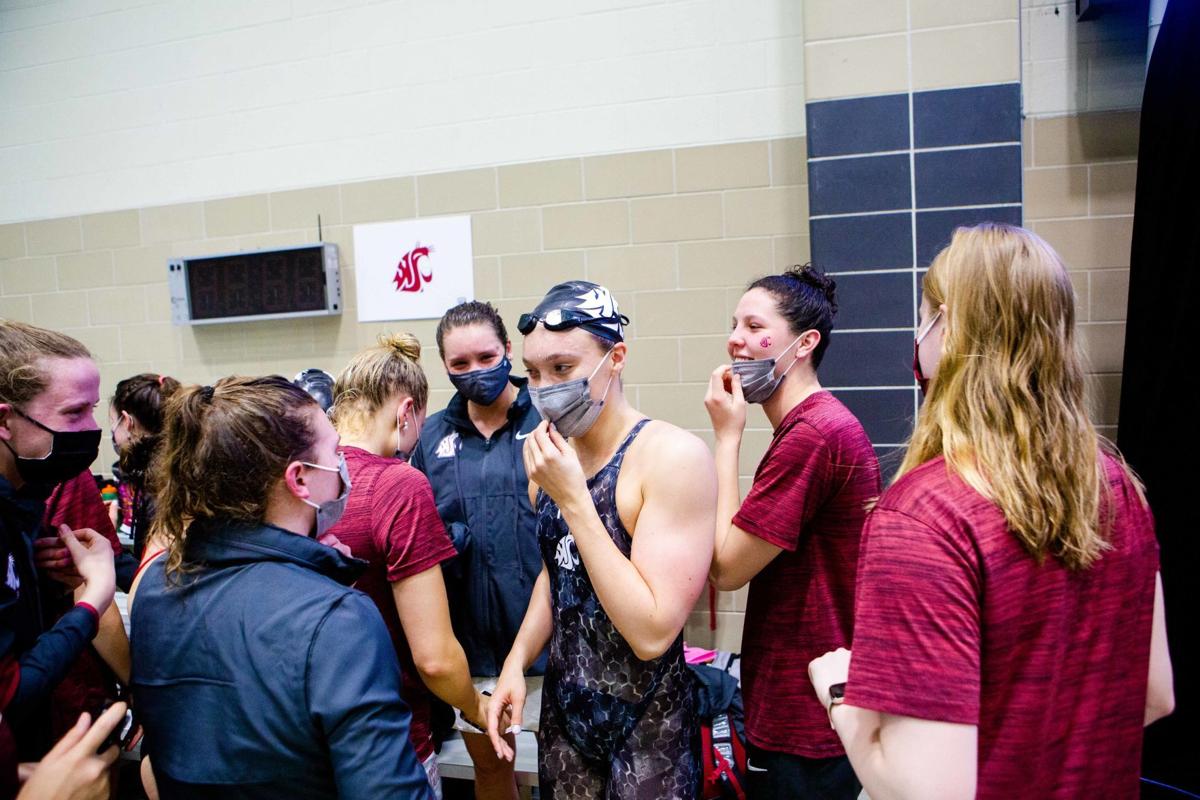 Chloe Larson, center, is greeted by Washington State University teammates after winning the 50-yard freestyle at the PAC-12 Championships Feb. 25 in Houston, Texas. 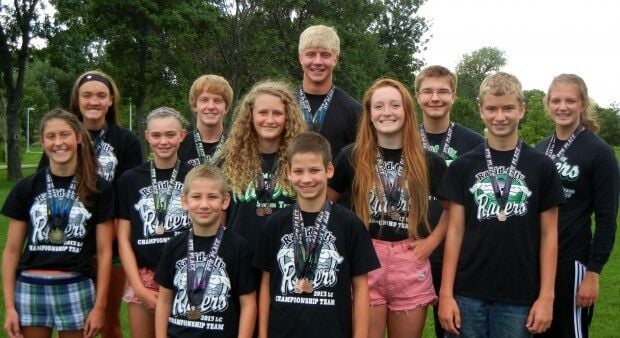 Chloe Larson is pictured (back row, far left) with the Rapid City Racers after medaling in the 2013 South Dakota Long Course State Championships. 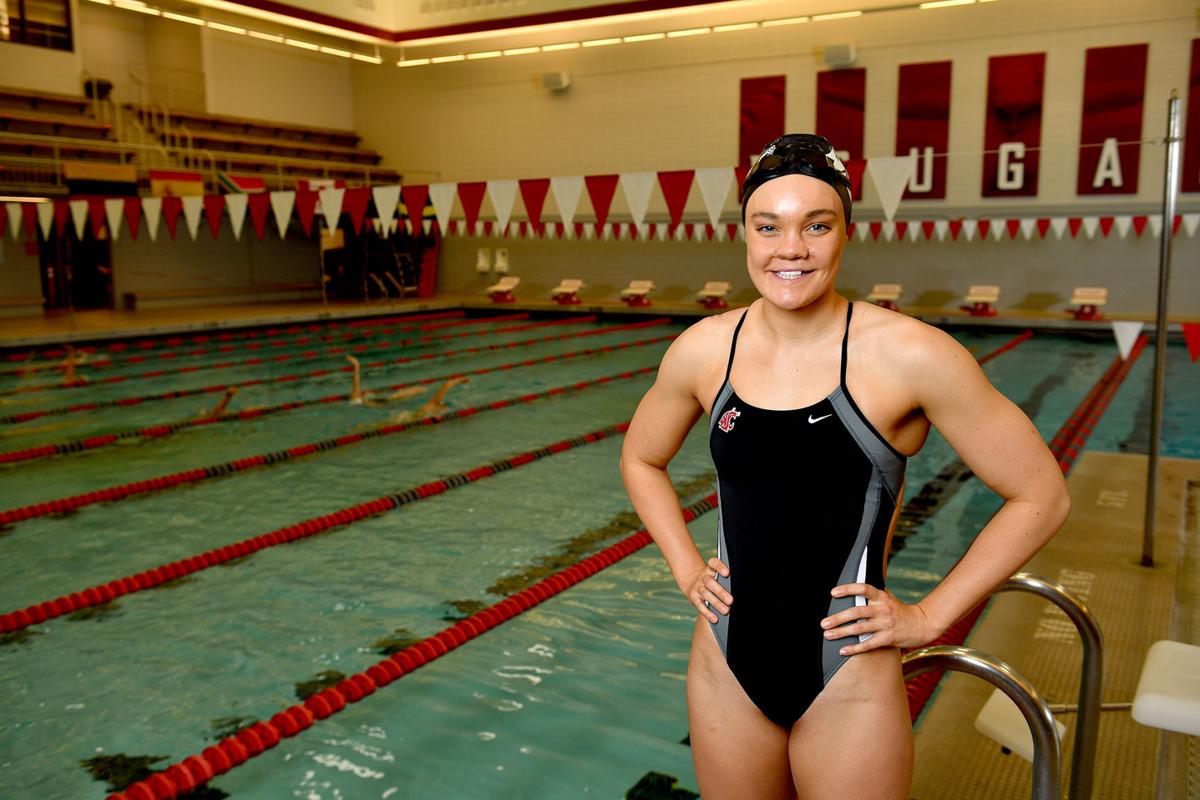