A couple of familiar foes, both with histories of gridiron excellence, will meet once more when the defending champion Winner Warriors (fifth appearance in last seven years) face off against the Bridgewater-Emery/Ethan Seahawks (five consecutive appearances and 2019 state champs) in the 2021 Class 11B State Championship game slated for 9 a.m. MT Friday at the DakotaDome in Vermillion.

The championship contest will be the third straight time the two teams have met for the 11B title, and a championship rematch of last year’s finale in which Winner withstood a late Seahawks challenge to post an 18-14 win.

The matchup will be the second between the teams this season as the Warriors (11-0) pummeled the Seahawks (8-3) 44-0 in a Week 2 encounter in Winner.

Despite the dominance displayed in that outcome (36-0 at halftime and a 422-89 total yard advantage), Winner head coach Trent Olson was quick to point out that the final tally was a little bit deceptive.

“They turned it over twice early in the game and dug themselves a hole right away,” Olson said. “And actually, we had a fumble, and we picked up our own fumble and ran 30 yards for a touchdown, so you don’t want to take that game as too much evidence as to what’s going to happen this time.

They’ve made a lot of changes and the ball bounced our way in the first game. And they weren’t then the team we are going to see Friday morning.”

Olson’s point is well taken as Bridgewater-Emery/Ethan came into the 2021 campaign facing a major rebuilding assignment.

“We lost 13 seniors last year, so we came back having to replace nine kids on both sides of the ball,” Seahawks head coach Jeff VanLeur said. “We retained one player on the offensive line and zero on the defensive line, so we had some kids who had a chance and needed to step up, and they’ve done a nice job of doing that for us.”

While requiring more of a reload than a rebuild, Winner had some big shoes to fill as well.

“Our offensive line was a concern in that we lost some valuable linemen from the last few years, and we lost our whole linebacker corps from last year. Two were All-State and the other one was All-State worthy, so we had to replace three All-State caliber players,” Olson said. “Fortunately, we had 16 seniors coming back. Some played quite a bit last year and some didn’t, but they are seniors and have been doing this for years so we were able to hit the ground running early in the season.”

Running, and running well, is what Winner does best, and this year’s squad continued that tradition averaging 384 yards rushing per game while chalking up 52-plus points per contest, and did so without a feature back by virtue of excellent balance as four ball carriers topped 500 yards total on the season, headlined by junior Riley Orel’s 893 yards.

“We don’t have to toss right or go to one play when we need 3 yards because we only have one back or one side of the line,” Olson said. “When both sides of the line can block and you have runners, and not just starters, who can make plays, that makes you more dynamic and a lot harder to game plan for.”

“Joey has had an excellent senior season,” Olson said. “I’ve been here 21 years and we’ve made it the Dome eight times, and all eight times our quarterback has had zero or one turnover max in the 11 games it takes to get there. So, for a kid who had never started a game before, he came in and has turned the ball over only one time this season, and that wasn’t his fault. The ball hit the receiver in the face and it popped up in the air.”

Though putting the ball in the air is a small print notation in the Winner playbook, Cole has been outstanding when called upon, completing 26 of 37 pass attempts for 538 yards and 10 touchdowns.

Senior quarterback Kaden Klump has been effective in the air completing 58 of 91 passes for 960 yards and 17 TD’s.

“(Kayser and Klumb) have provided great leadership, and our offensive and defensive lines worked hard all season,” said, VanLeur who will be completing his 42nd season on the sidelines. “We’ve had a couple setbacks, but our kids have taken it with a positive attitude and came back and worked harder and learned from our mistakes.”

Going into the contest, the numbers clearly favor a Winner Warriors squad that has dominated all opposition to date.

Oddly, therein lies a matter of potential concern for the Warriors.

“Our starters only played in the second half in a couple games this season. With that, I think it’s conditioning more than anything else that worries me a little bit,” Olson said. “McCook (Central/Montrose) ran a hurry-up offense against us in the second round. Our guys are used to playing about 60 plays a game. They had to play the majority of that game and they were pretty gassed, so I would say that’s our biggest worry. Not as much mentally handling it, but not being used to it physically.”

Winning too early and too often is a problem experienced only by the frequently victorious. Margin great or small, Winner will be the favorite to continue that winning tradition on Friday morning. 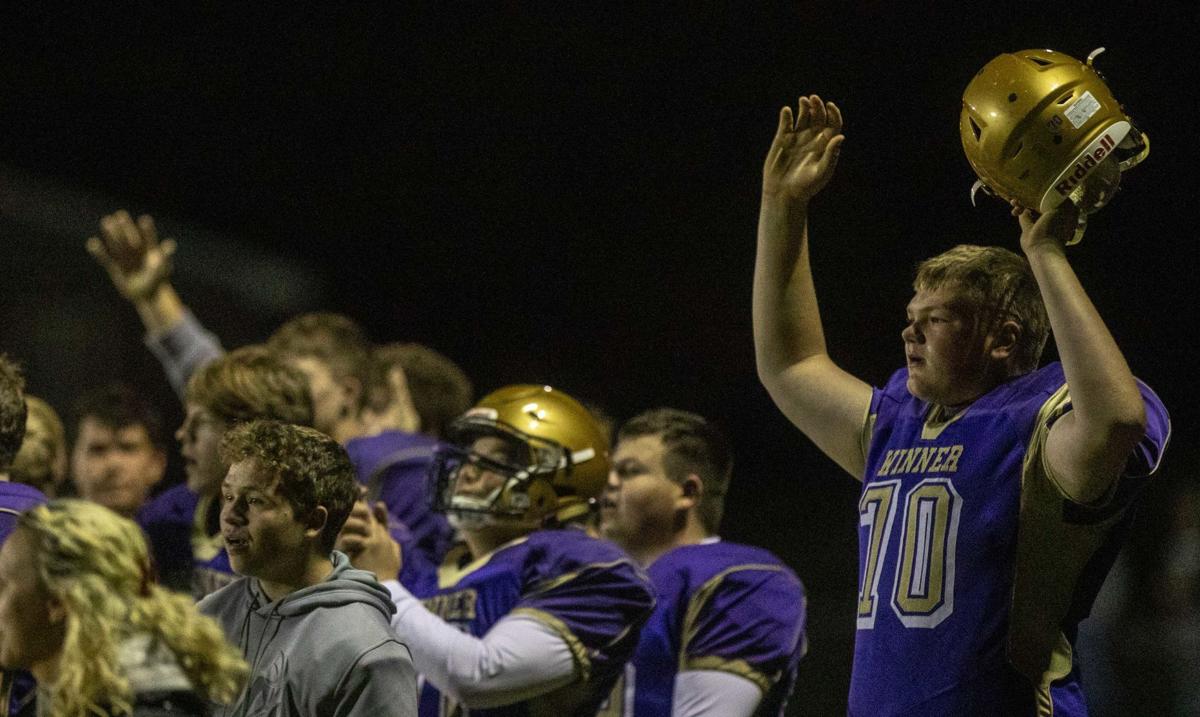 Sophomore lineman Spencer Calhoon (70) and the Winner sideline celebrate a touchdown in the Warriors' 52-14 victory over Elk Point-Jefferson in the Class 11B semifinals Nov. 5 at Winner High School. 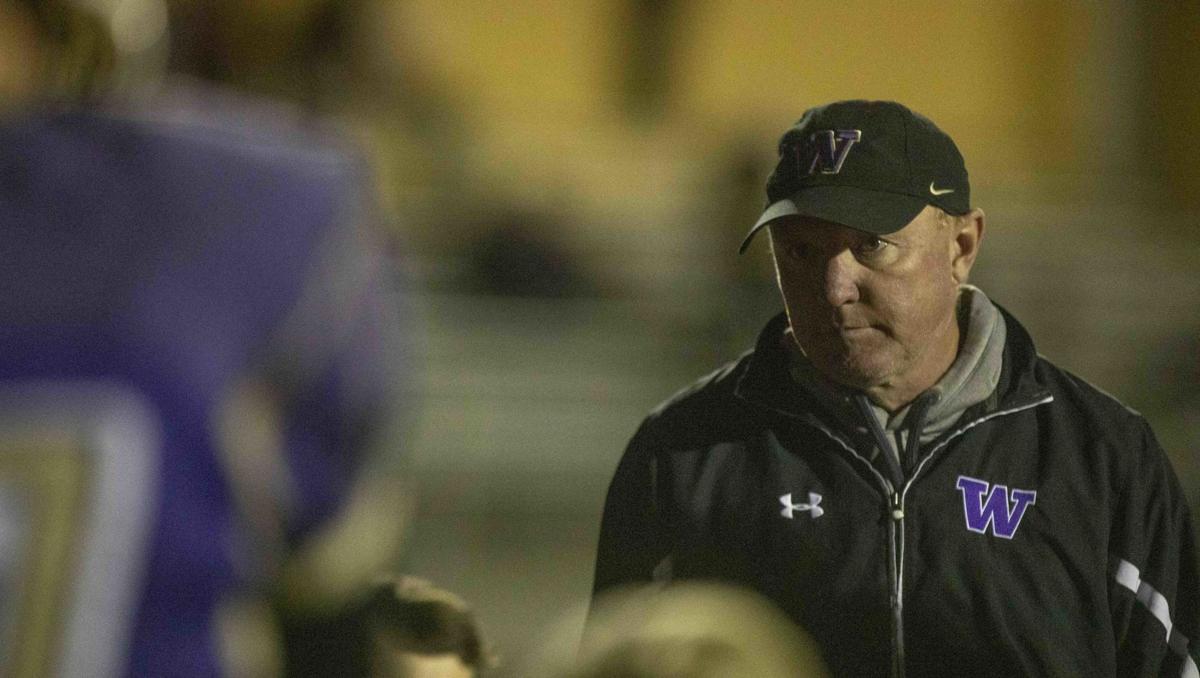 Winner head coach Trent Olson speaks to his team after the Warriors' Class 11B semifinal victory over Elk Point-Jefferson on Nov. 5 at Winner High School.