Severe thunderstorms are pelting some regions of Australia suffering from historic wildfires with powerful rain and large hail.

The storms could bring some much-needed relief to the firefighters battling some of the worst blazes the country has seen in decades. But forecasters say it's not yet clear if the rain will fall where it's needed most in the coming days, or whether there will be enough of it to make a difference in fire-ravaged and drought-stricken areas.

So far there hasn't been enough rain to put out the fires, and lightning from the storms has also sparked new blazes.

Authorities are also concerned that a massive inundation could lead to powerful flash flooding, as years of drought have left some regions so dry that rain just runs off the ground. The massive fires have also burned through some of the vegetation that would normally soak up the precipitation.

The Victoria State Emergency Service posted several images on Facebook showing damage from the storm, including a 13-feet-deep sinkhole that opened up.

Parts of Melbourne were hit with as much as 3 inches of rain, causing flooding and some damage, the Victoria Bureau of Meteorology said Thursday. CNN affiliate Nine News reported some neighborhoods were hit by a month's worth of rain in just hours, though not in East Gippsland, where some of the worst fires in the state are raging.

In New South Wales (NSW) to Victoria's north, more than 10,000 houses and businesses lost power Thursday due to the storm, Nine News reported. But the storms have also helped authorities battle the blazes. The NSW's Rural Fire Service (RFS) said on Twitter Thursday that "although this rain won't extinguish all fires, it will certainly go a long way towards containment."

The RFS had said earlier in the week that if the rain forecasts held true, it could be a panacea for the region's firefighters.

"This will be all of our Christmas, birthday, engagement, anniversary, wedding and graduation presents rolled into one," it said Monday on Twitter. "Fingers crossed."

The fires that have swept through Victoria and New South Wales all summer are some of the most powerful and damaging conflagrations Australia has seen in decades.

At least 28 people have died nationwide, and in the state of New South Wales (NSW) alone, more than 3,000 homes have been destroyed or damaged. State and federal authorities are struggling to contain the massive blazes, even with firefighting assistance from other countries, including the United States.

All this has been exacerbated by persistent heat and drought caused by climate change. Tens of thousands of people participated in protests around the country last week calling on the government to do more to combat the climate crisis.

The situation is already dire. Significant amounts of flora and fauna unique to Australia have been burned or killed. One group of ecologists estimated that perhaps a billion animals have been affected nationwide. Some towns have been running out of water. Others have gone up in flames completely.

Major cities like Sydney and Melbourne have been spared from the worst damage, but have still been affected.

Both were blanketed in haze from the fires, though the rain appears to be clearing some of it out.

Smoke has already affected the Australian Open tennis tournament in Melbourne, with officials canceling some of the practices. Slovenia's Dalila Jakupovic was forced to retire after having trouble breathing.

In recent years, extreme temperatures have made for tough conditions at tennis' first Grand Slam of the calendar year — some competitors collapsed or complained of heatstroke at the 2018 event.

The photo "Station Squabble" was picked from more than 48,000 images to claim a wildlife photography award from London's Natural History Museum.

Boyfriend of British TV presenter heartbroken by her death

LONDON (AP) — The boyfriend of Caroline Flack, the former British TV host for the controversial reality show “Love Island,” said Sunday that his “heart is broken" at her death as criticism mounted over her treatment by some British media.

DAMASCUS, Syria (AP) — Syrian President Bashar Assad congratulated his forces Monday for recent gains in northwestern Syria that led to his troops consolidating control over Aleppo province, pledging to press ahead with a military campaign to achieve complete victory “sooner or later.”

SEOUL, South Korea (AP) — Kim Da-hye, a 29-year-old South Korean, said that moving into a semi-basement apartment was her least-preferred option when she was looking for a new place to live.

Cruise stranded by virus fears ends with roses in Cambodia

SIHANOUKVILLE, Cambodia (AP) — After being stranded at sea for two weeks because five ports refused to allow their cruise ship to dock, the passengers of the MS Westerdam were anything but sure their ordeal was finally over.

BEIJING (AP) — A recent speech by Chinese President Xi Jinping that has been published by state media indicates for the first time that he was leading the response to a new virus outbreak from early on in the crisis.

BRUSSELS (AP) — European Union health ministers agreed Thursday to boost preparations and organize a coordinated response to prevent the virus that emerged in China from further spreading across Europe.

Killing of 7-year-old stokes anger in Mexico over femicides

MEXICO CITY (AP) — The killing of a 7-year-old girl on the southern outskirts of Mexico City has stoked rising anger over the brutal slayings of women, including one found stabbed to death and skinned earlier this month. 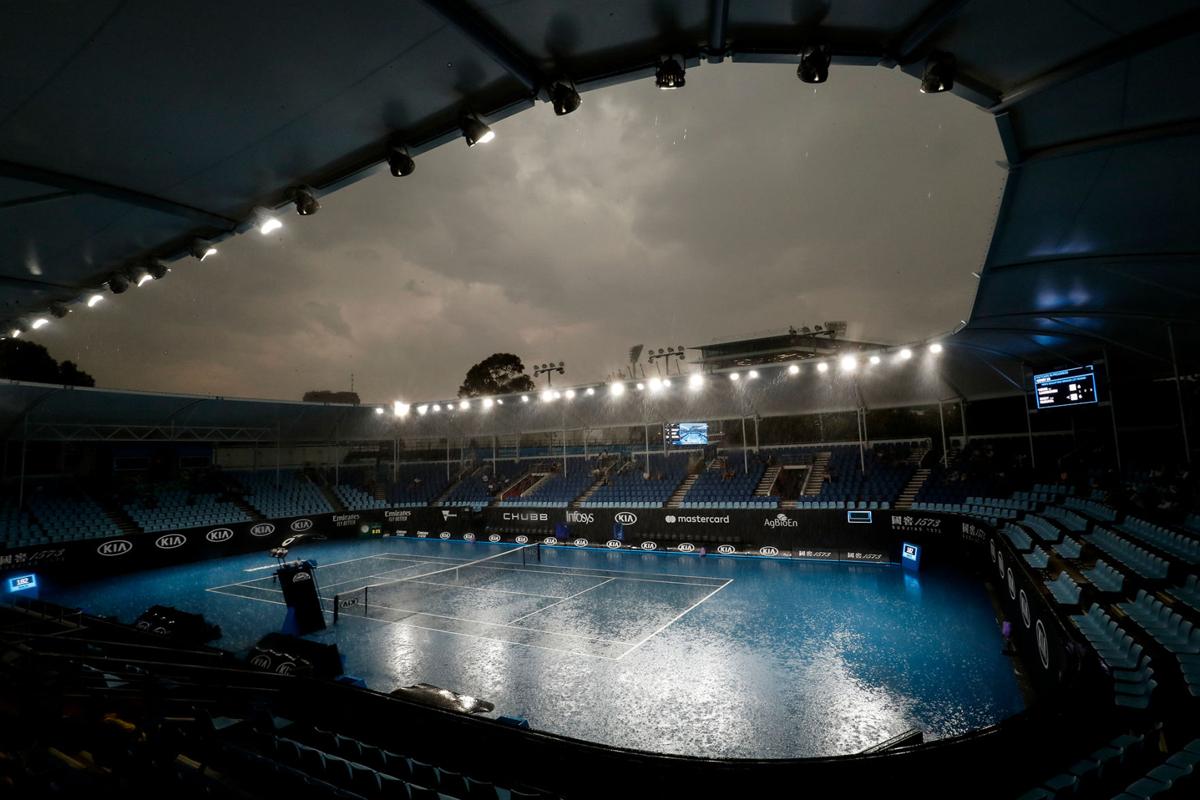 Heavy rain falls ahead of the 2020 Australian Open at Melbourne Park. 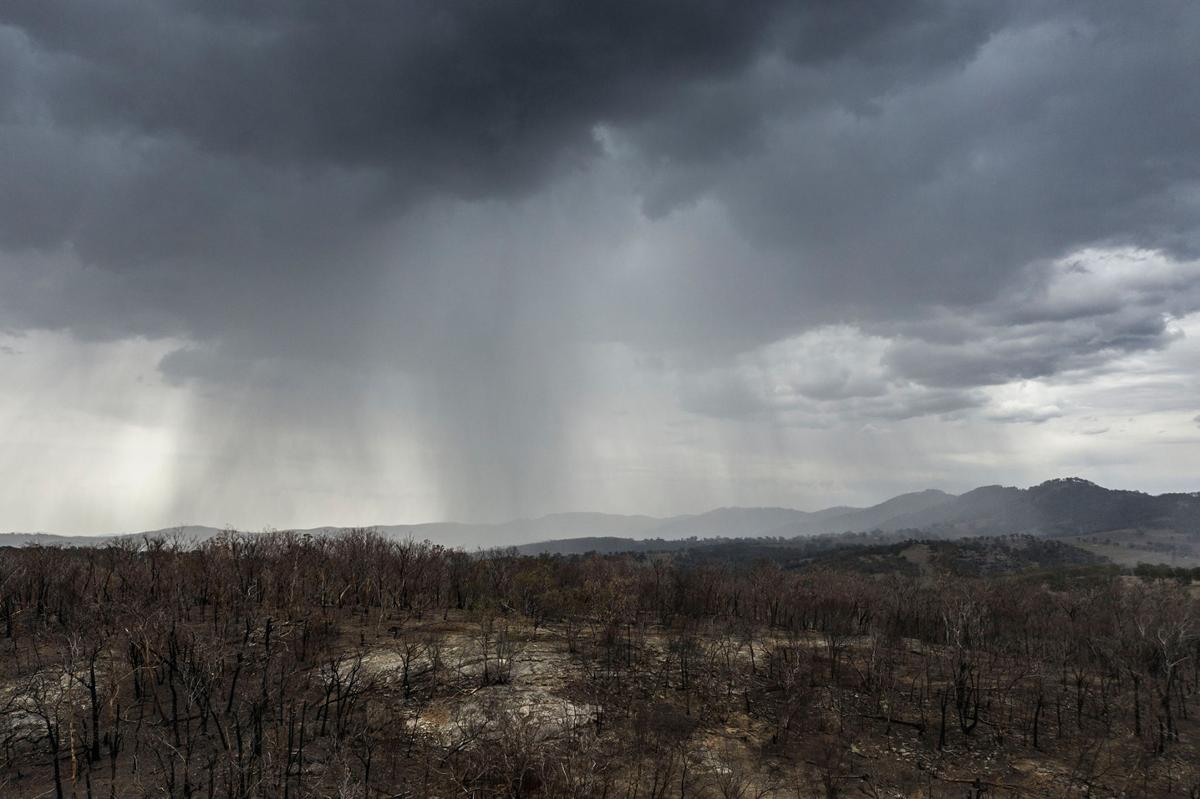 Rain falls on drought- and fire-ravaged countryside near the city of Tamworth, New South Wales.