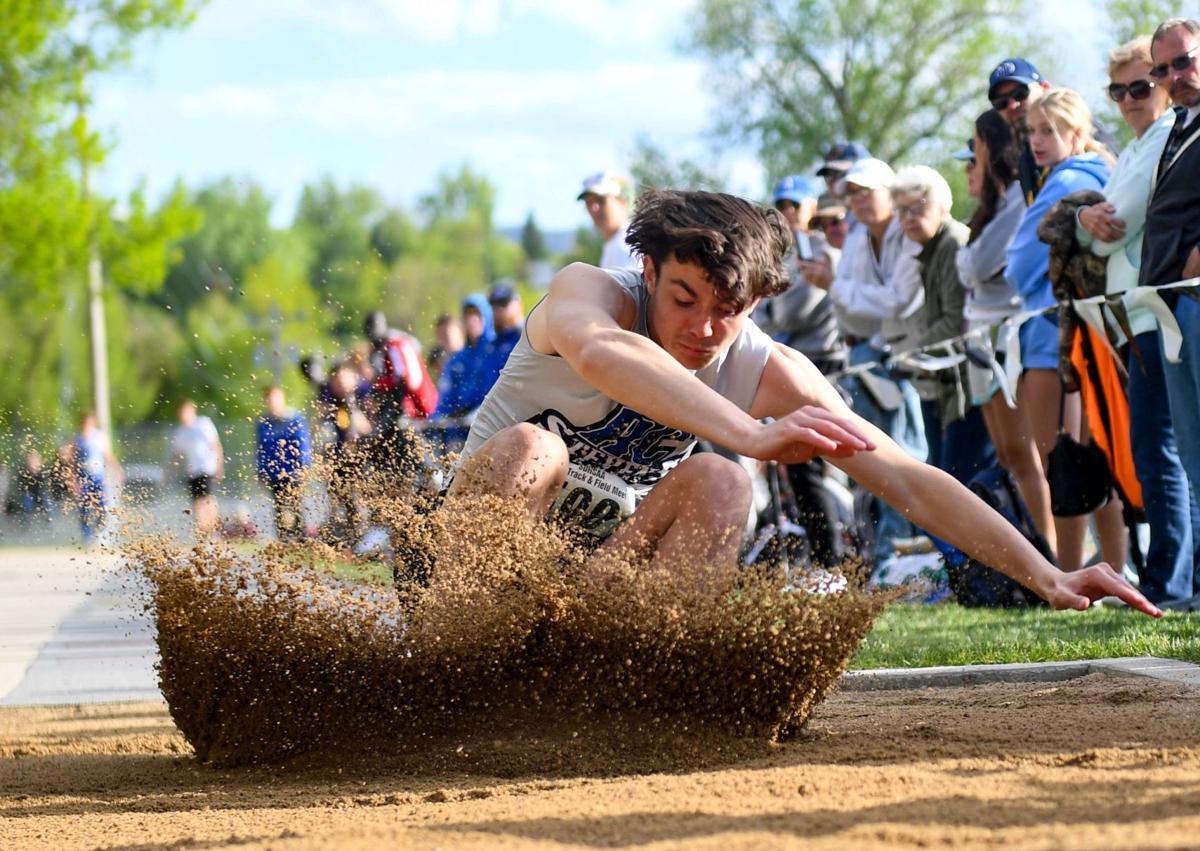 Rapid City Stevens' Alex Trohkimoinen competes in the triple jump at the State Track and Field Meet on Friday at Woodle Field in Sturgis. 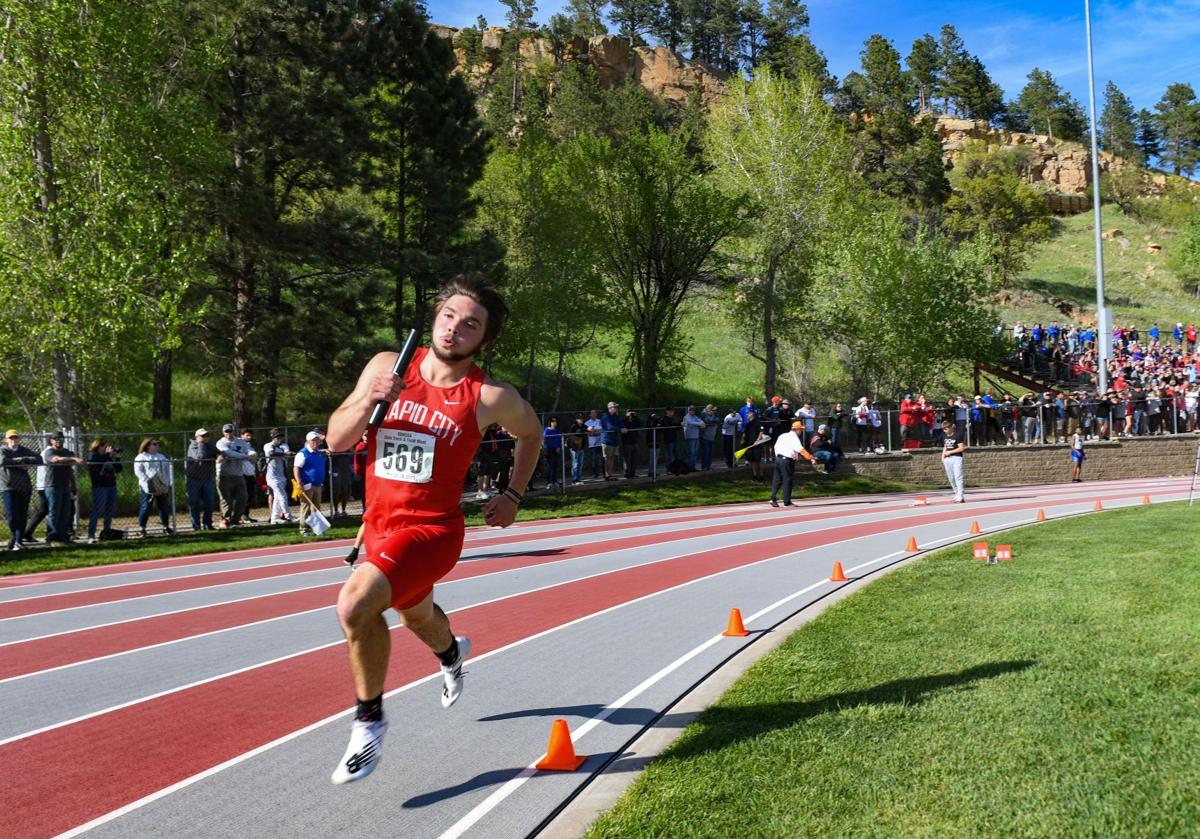 A relay runner for Rapid City Central competes at the State Track and Field Meet on Friday at Woodle Field in Sturgis.

Rapid City Central junior Matayah Yellow Mule came home with a first-place finish on her first try as she won the triple jump in the first day of the South Dakota Class AA girls Track and Field championships Friday at Woodle Field in Sturgis.

Yellow Mule, ranked first in three events going into the meet, struggled later Friday in the high jump and did not place.

She was on her game, though earlier in the triple jump, winning the event with a beast leap of 38-feet, 10-½ inches, a foot and a half over the second-place finisher. Megan Baloun of Stevens was fourth in the triple jump at 36-8.

She was the lone individual champion after the first day, although the Rapid City Stevens boys’ 4X800 relay team came home with the first-place medal. The team of Hayden Grosz, Alex Otten, Caden Stietsema and Simeon Birnbaum came out on top in a time of 8 minutes, 4.51 seconds, seven seconds ahead of second-place finisher Brandon Valley. Spearfish was third in the relay in 8:15.70, while Sturgis was seventh in 8:29.01.

Julian Swallow of Rapid City Central just missed d a state title, as he finished second in the boys’ triple jump at 45-6, three inches off the top mark of Sam Rohlfs of Aberdeen Central. Jacob Hafner of Stevens was eighth at 42-3 1.2.

Jason Maciejczak of Douglas also earned a runner-up finish as he was second in the boys’ discus at 161-2. Ryan Brink of Stevens was sixth in the discus at 149-9.

Stevens had a decent opening day, in the 4X200 relay team of Abbie Nogan, Carsyn Mettler, Claire Fierro and Jayda McNabb placing second in 1:44.20. Rapid City Central was sixth in 1:45.36.

Locally in the boys’ high jump, Alex Trohkimoinen of Stevens was fifth at 6-0, while David Severson of Douglas was sixth, also at 6-0.

In the boys’ pole vault, Sumner Griffin of Central placed sixth at 12-3, with Carson Diedrich of Spearfish seventh at 11-9.

Halle Rogers of Spearfish was sixth in the high jump at 5-1 and Baloun of Stevens was seventh.

Stevens had a pair of placers in the hurdles, with Tanner Lunders placing fifth in the boys’ 100 event in 15.29 and Fierro taking fourth in the girls 100 in 15:30

In the girls’ pole vault, Rachel Cammack of Sturgis was fourth at 10-0 and Emily Adams of Stevens was eighth at 9-6.

Action in the second day of the meet begins at 9 a.m. Saturday.

Rapid City Stevens' Alex Trohkimoinen competes in the triple jump at the State Track and Field Meet on Friday at Woodle Field in Sturgis.

A relay runner for Rapid City Central competes at the State Track and Field Meet on Friday at Woodle Field in Sturgis.