Is Critical Race Theory now in use in our local Criminal Justice System? Is it because of the policies dictated by grants received by the County from the private non-profit MacArthur Foundation?

According to Mayor Allender in his recent column, there is nothing to see here. He denies that law enforcement has modified policing practices due to the strings attached to the MacArthur Safety and Justice Challenge Grants. He called such claims a “quasi-conspiracy theory”, but the attached letters of commitment are real. 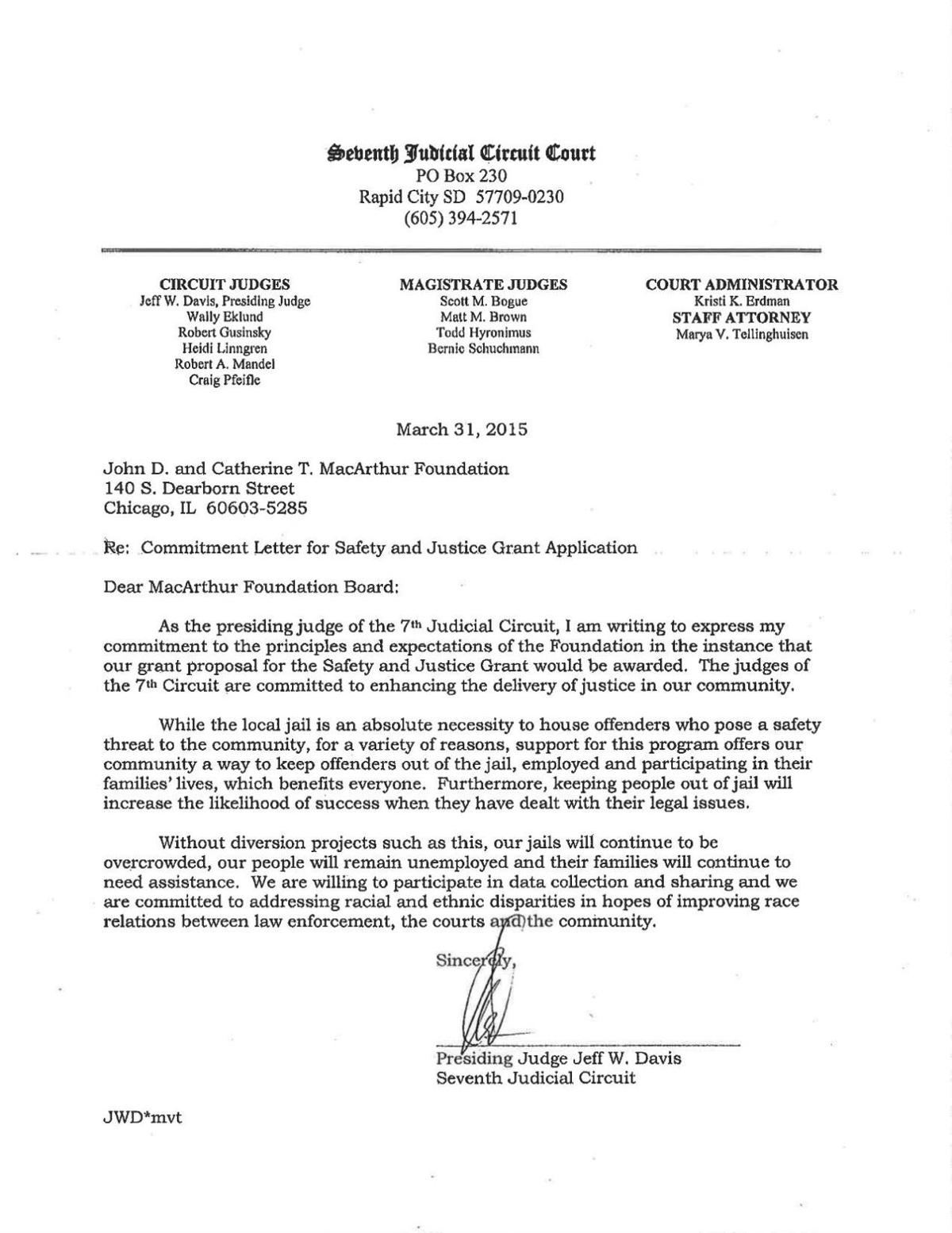 These are actual agreements, and the parties to the agreements can make such decisions during meetings that are held behind closed doors. When criminals make secret deals that cause harm to the community, it’s called ‘conspiracy’, but when a wealthy foundation gives money to our local government to adopt bad policies in secret, it’s called ‘cooperation’.

Any effort to gain access to those meetings is stymied. The committee that oversees the MacArthur Safety and Justice Challenge was not created by statute, but by an agreement between a local government and a private entity. Therefore, the committee meetings are not subject to South Dakota sunshine laws, even though the committee is required to seek public funding and spending authority from the Pennington County Commission. According to Pennington County State’s Attorney Mark Vargo, the MacArthur Foundation’s Safety and Justice Challenge Committee is “not a public body or political subdivision” so the public has no right to know what is on their agenda, who attends their meetings, what items were voted on, or how they are spending your tax money.

Despite Mayor Allender’s insistence that law enforcement has not altered their approach to policing in response to the MacArthur grants, MacArthur disagrees. The following statement (emphasis added) regarding the latest of the $3.4 million in Safety and Justice Challenge grants awarded to Pennington County since 2015 appears on their website:

Pennington County, South Dakota (Pennington) is one of 20 jurisdictions originally selected to participate in the Safety and Justice Challenge Network, the centerpiece of the Foundation's strategy to address over-incarceration by reducing jail misuse and overuse. Under previous awards, Pennington developed, refined, and implemented a series of policy, practice and system alignment changes aimed at reducing local incarceration and disparities in jail usage. This award enables Pennington to continue and deepen its reform efforts, with the aim of achieving further reductions in local incarceration, targeting racial and ethnic disparities, and contributing momentum toward criminal justice systems reform nationally. 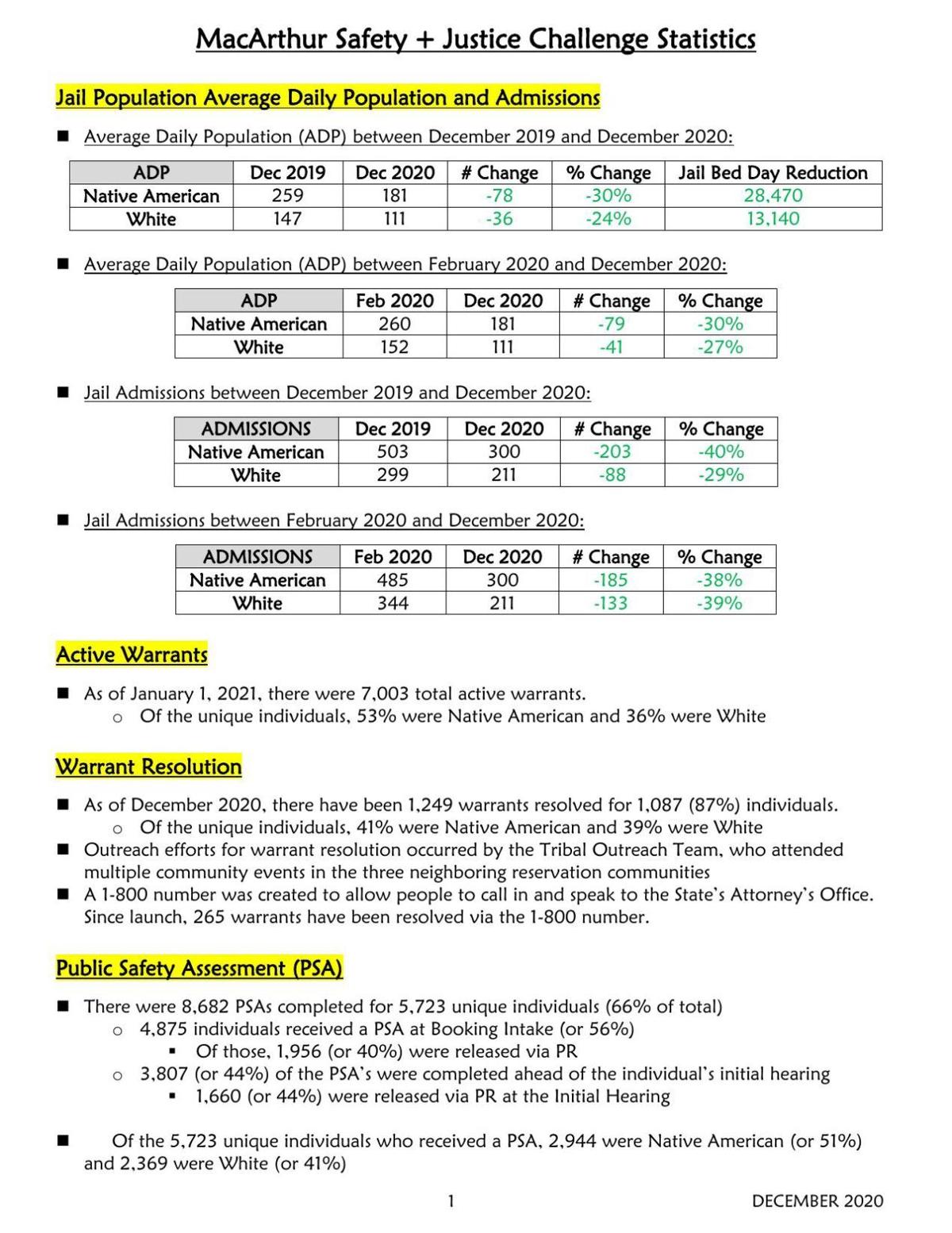 To receive funding from the grant, the jail population must be reduced by 22.5 percent and the occupants must meet certain race quotas. RCPD must align with the County policies because they use the county jail and cannot upset the MacArthur criminal justice goals. The Fourth Amendment comes into play here, because the private data files of persons with any record of interaction with the local criminal justice system are regularly uploaded to MacArthur data bases in New York and Washington DC to be analyzed against the foundation’s goals.

MacArthur is clearly a leftist agenda-driven organization. Is their vision of “Justice Reform” what the citizens of Rapid City want? Is it beneficial to the well-being of our community? MacArthur is not accountable to the voters, yet they are driving policy decisions in our county criminal justice system. How will MacArthur leverage their Safety and Justice Challenge Network in the future? Since the advent of MacArthur’s influence on local law enforcement, we’ve seen a huge rise in vagrancy, property crime rates have skyrocketed, violent crime and murders like the brutal killing of Reta McGovern in her own home are far more common.

Criminals are emboldened to offend because they are more aware of the arrest restrictions and racial quotas imposed on law enforcement than the average citizens who become their victims.

The officials who have endangered our community for the money that comes with these grants have done so with confidence that “Official Immunity” will protect them from any repercussions from their poor decisions just like it protects law enforcement from liability for doing their jobs. Mayor Allender’s editorial will convince no one that the rising crime and deterioration of the community that they see with their own eyes is a figment of their imagination.

Maybe he’s the one imagining things.

Nick Uhre is a lifelong resident of Rapid City and business owner of Grand Gateway Hotel, Cheers lounge and the Foothills Inn. In 2019, he became very concerned for the safety of my guests, the safety of my staff so I started asking questions which led me to the MacAuthor Foundation Safety and Justice Challenge Grant.