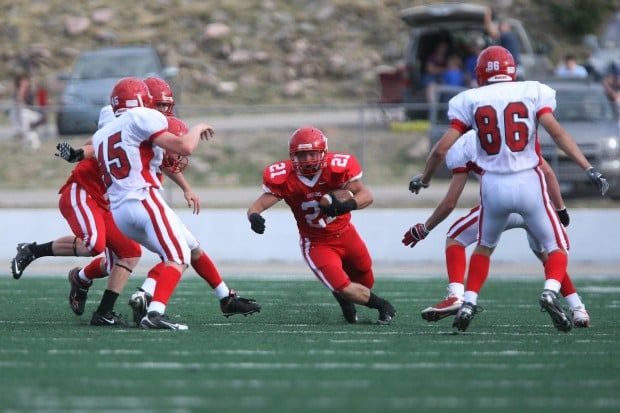 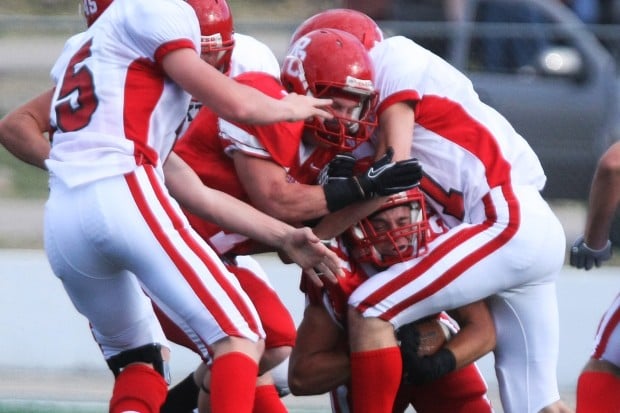 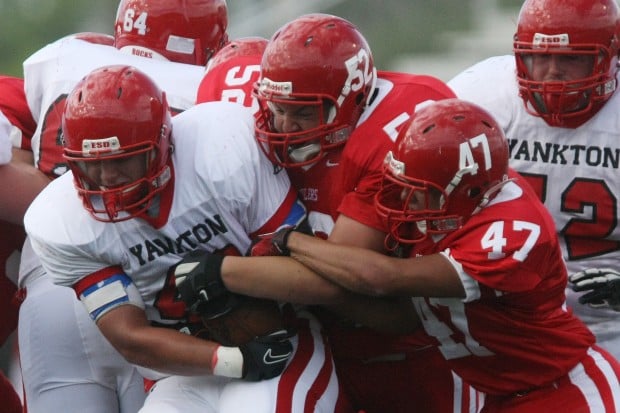 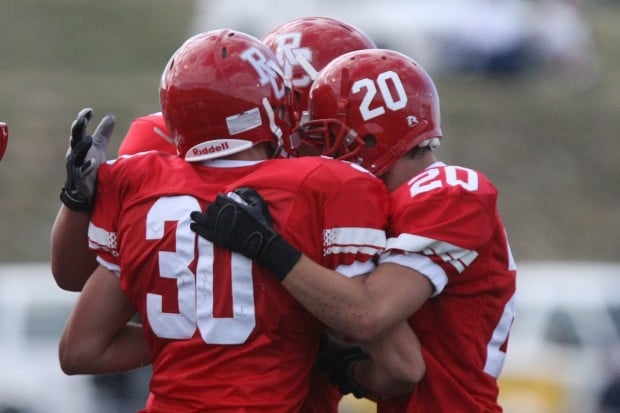 With both teams sporting new faces at quarterback, the big play on offense at O’Harra Stadium was in short supply. It became clear that the first team to make a key mistake would likely wind up with the loss.

Unfortunately for the Cobblers, their lone slip-up was costly.

A fourth-quarter fumble by junior running back Taton Bolton at the Central 27-yard line with less than 10 minutes remaining was recovered by the Bucks, and a 3-yard keeper from junior Jackson Pasco with 6:50 left provided the game’s only touchdown as Yankton walked away with a 9-0 victory.

The game’s other points came on a 24-yard-field goal from Terry Huber with 3:27 remaining in the first half. Huber’s extra-point try after the Pasco run hit the left upright.

“On the fumble, (Bolton) goes both ways. I don’t he think he came out of the game once,” Cobbler head coach Trent Pikula said. “I think it was just fatigue. Obviously you don’t want those things to happen, but when a kid plays hard both ways, it’s just tough.”

Offensive momentum was tough to come by for either team. The Central offensive line couldn’t open up lanes between the tackles, and the Bucks were able to sniff out several off-tackle attempts by junior Jake Sharp. The Cobblers finished with 56 rushing yards on 32 carries.

The Bucks had 185 rushing yards on 43 carries, but they were often their own worst enemy. Earlier in the fourth, Yankton was inside the Central red zone before Casey Guliuzza sacked Pasco for an 18-yard loss on second down. The drive ended with a Huber missed field goal from 35 yards.

Yankton also had five offensive penalties that often were drive-killers, and the team was flagged nine times on the day. But Bucks head coach Arlin Likness was pleased with his team’s effort.

“The biggest thing is they didn’t quit. They just kept coming back,” he said. “You know, Rapid City had their chances to get at us, but the kids hung in and didn’t quit. That’s the big plus.”

For their part, the Central defense did an admirable job of containing all-Eastern South Dakota Conference fullback Brady Knodel. The 6-foot, 240-pound back was limited to 61 yards rushing, and 27 of them came on a run with 2:30 remaining.

The Cobblers also had decent field position on several possessions, as Alek Dallman averaged 36 yards per kickoff return. Central’s best scoring chance came at the end of the first half after a Yankton personal foul put the ball at the Bucks’ 25. The Cobblers couldn’t break a big play, however, and Taylor Houchin’s 41-yard field goal was on target but just short.

The Bucks’ only turnover on the night — a misplayed punt near midfield — led to a Cobbler three-and-out.

Pikula was encouraged by his team’s relatively clean performance, but he said the offense needs to avoid third-and-long situations. He said the team will work on improving up front.

“… The offensive line play, I don’t want to say they did a bad job,” Pikula said, “but they just have to become more of a unit.”

Some may say that growing up in a small town isn’t real exciting for a teenager, but for Edgemont’s Caleb Simons, it has definitely had its pe…

The wrestlers at Rapid City Stevens, much like the weather, are warming up at just the right time.

Shawn Windsor: No, this isn't the beginning of the end for Michigan State's Tom Izzo. That's lunacy.

Tom Izzo hasn’t forgotten how to coach. Let’s stop that right here. Nor is he ready to retire. Or need to retire. Or want to retire. That we are here, having this conversation, is silly. And a sign of the times, I suppose, that the first bad season in more than two decades can spur this talk. True, such chatter remains in the minority of Michigan State's fan base. It's also a fragile fan base, ...

The Rushmore Thunder made the most of their final home game of the season Saturday. They became the first team to score more than four goals o…

This afternoon’s University of South Dakota men’s basketball game vs. Oral Roberts has been cancelled. A USD staff member has tested positive,…

Brewers' Narvaez seeks to regain hitting form he had in AL

ANAHEIM, Calif. (AP) — Albert Pujols’ wife apparently disclosed that the Los Angeles Angels slugger intends to retire after the upcoming season, although she later amended her social media post to be less definitive.

MINNEAPOLIS (AP) — While the Minnesota Twins are working out in Florida, the club back in Minneapolis is laying plans to bring twins back to Target Field this season.

Rush drop series with another close loss to Utah

After two overtime games Friday and Saturday, the Rapid City Rush dropped a 4-3 decision Sunday to lose the series.