Last spring, Rapid City Central's Hannah Young finally broke through as an individual state track champion after a handful of near misses in her four years of varsity running for the Cobblers.

As an eighth-grader, she finished runnerup in the state meet in the 100- and 200-meter dashes, and she did again last season in the 100.

There was no denying Young, who will run for the University of South Dakota next season, in the 200 at O'Harra Stadium last May at the state meet.

In announcing her letter of intent signing Wednesday at Central, longtime Cobbler track and field head coach Dave Dolan said Young is among the best of the best in the history of South Dakota girls' track.

Young has been on the Central 4X100 relay team four times (three times with her twin sister Hayleigh). Her time of 24.74 seconds in the 200 is among the state's all-time top 10.

"If you watch that race (200 at the 2018 state meet), when she came around that corner, it was just kind of a sigh of relief, like 'It's over, no one is going to catch her in that race,'" Dolan said. "There was a mission to be had, and she accomplished that mission."

Young also visited South Dakota State University and liked the campus, but in the long run, USD won out.

"When I went to visit the campus, I felt really at home there," Young said. "I felt like I would be really happy there and enjoy the track team."

Running on the Division I level in track will be a challenge she said, but one that she is looking forward to.

This spring will be good test for Young, as she is not only running for the Cobblers and running for some more state titles, but she is running to get ready for USD next season.

"I just need to keep working hard and try not to stress out about the season too much," said Young, who will study elementary education at USD. "I already know I am going to college, so I have to try to have fun this season and make it my best one yet."

A couple of other area athletes signed letters of intent on Wednesday.

Kraft, a 6-foot-3, 245-pound tight end, was a Class B first-team all-stater for the Panthers this season, running for 1,405 yards and 24 touchdowns as a senior, while adding 132 receiving yards and 56 tackles from the middle linebacker position.

On the biggest play of the game, the Minnesota Vikings had no idea where to go.

The Rushmore Thunder secured their spot at the top of the South Dakota Amateur Hockey Association with another blowout win Sunday in Yankton.

The Kansas City Chiefs see similarities in this year’s team to the one that won the Super Bowl two years ago. After a stumbling start they’re …

Mike Zimmer said earlier in the week that his Minnesota Vikings still had plenty of fight. On Sunday they proved it, and possibly put their se…

PITTSBURGH (AP) — Mario Lemieux and Ron Burkle rescued the Pittsburgh Penguins out of bankruptcy more than 20 years ago, a decision that helped turn the team into one of the NHL's marquee franchises.

Oklahoma picks up pieces after Lincoln Riley leaves for USC

Just a few months ago, Oklahoma was the talk of the college football world.

Tiger Woods on playing again: 'I don't know when that is going to happen'

Tiger Woods spoke about his golf future on Tuesday in his first press conference since suffering serious leg injuries in a February single-vehicle rollover accident.

MLB lockout: What you need to know 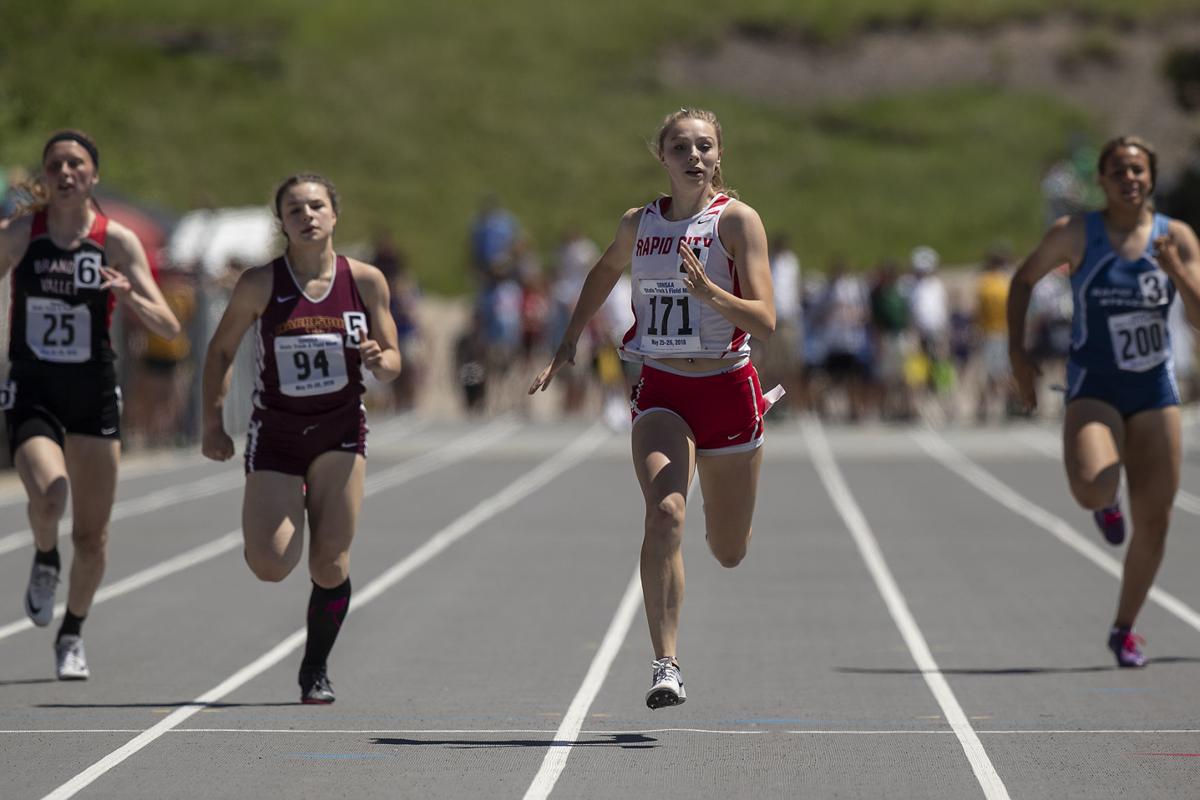 Hannah Young, number 171, of Rapid City Central, competes in the 200-meter dash Saturday during the Class AA Track and Field Championships at O'Harra Stadium last spring. Young, who won the event, will run track at the University of South Dakota.