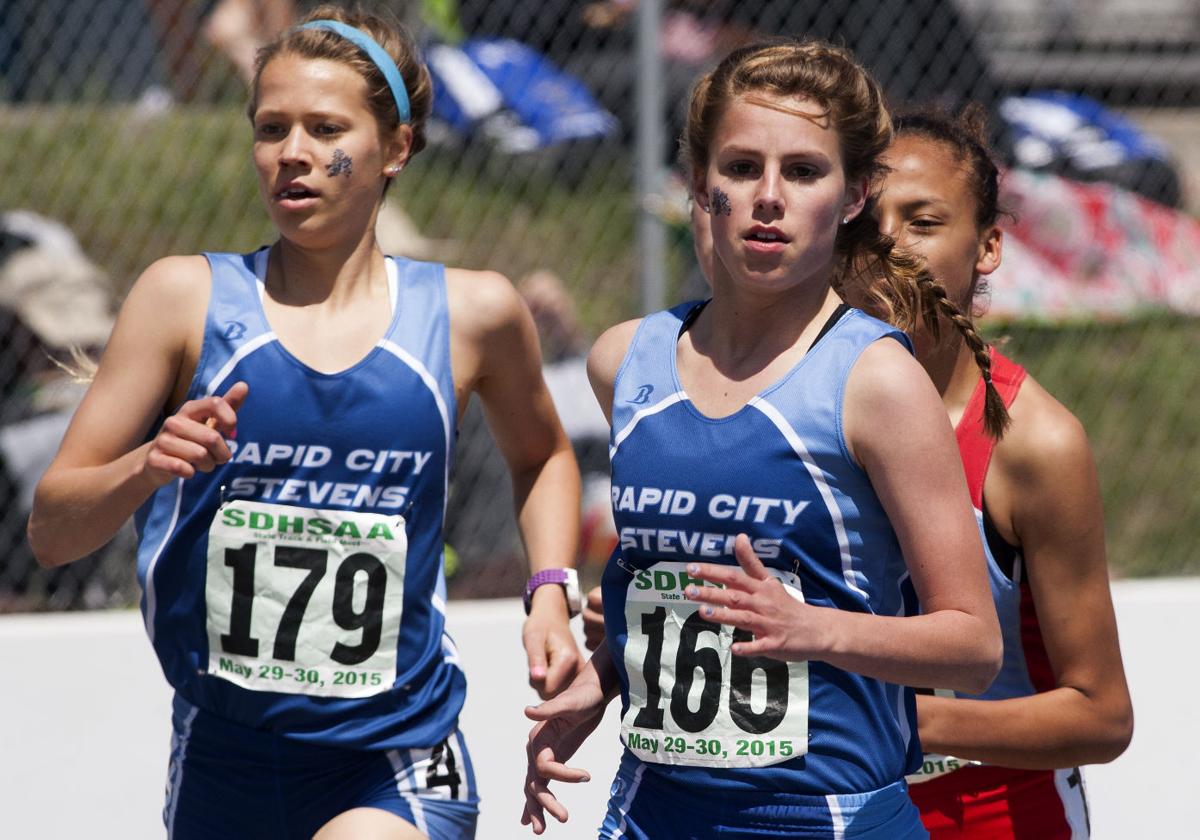 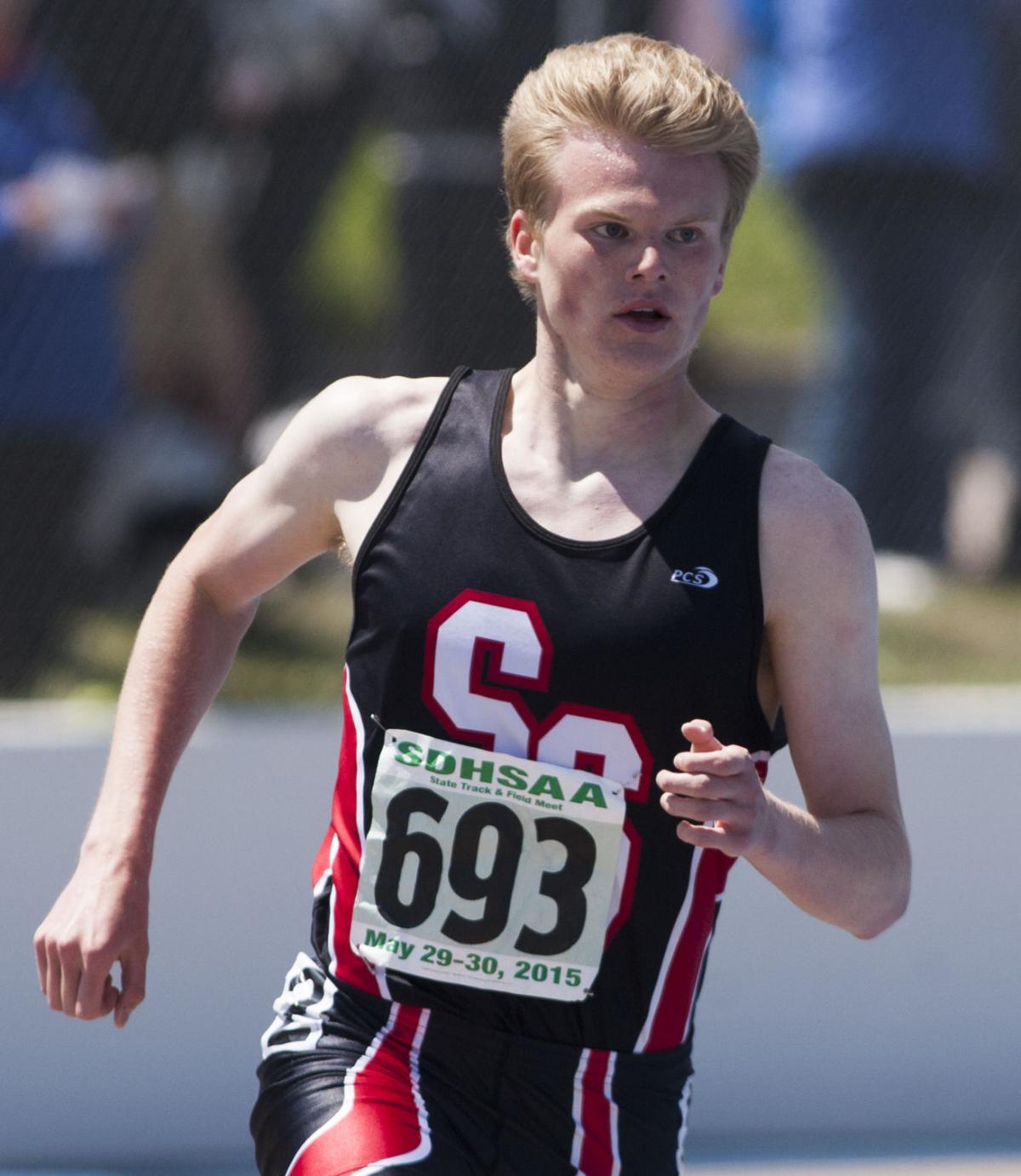 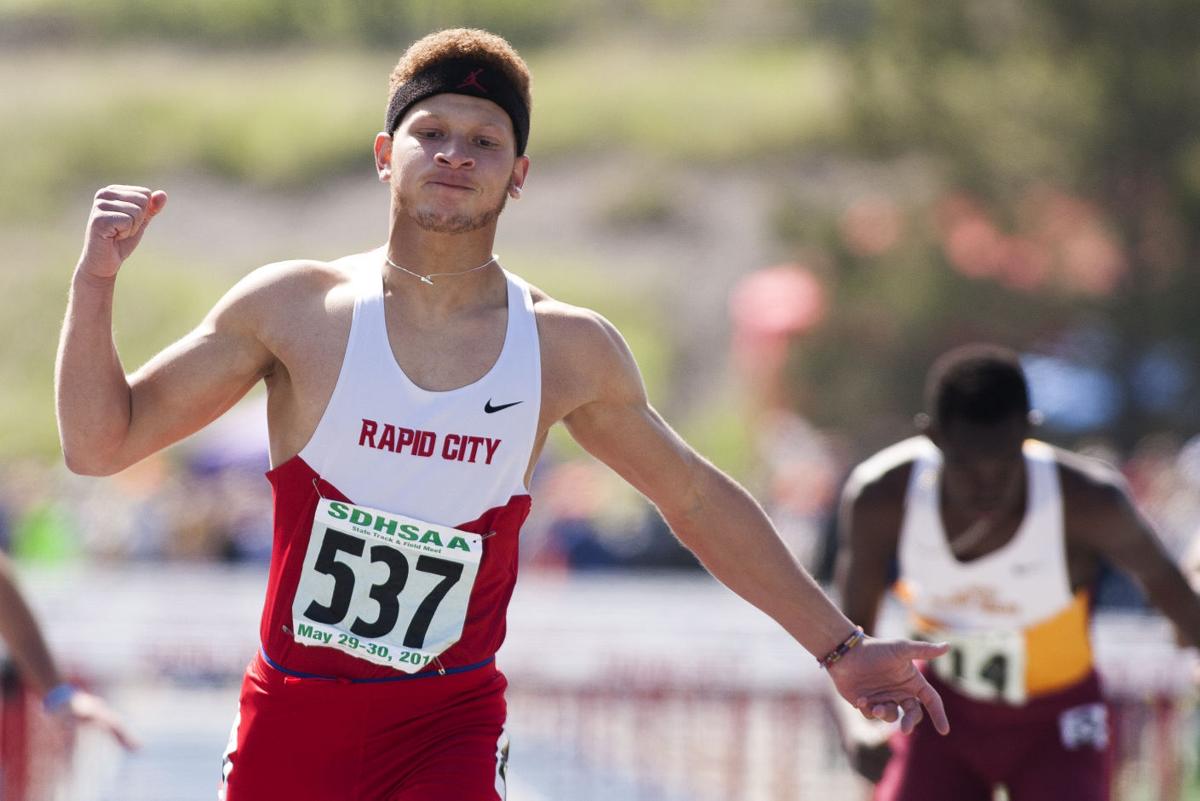 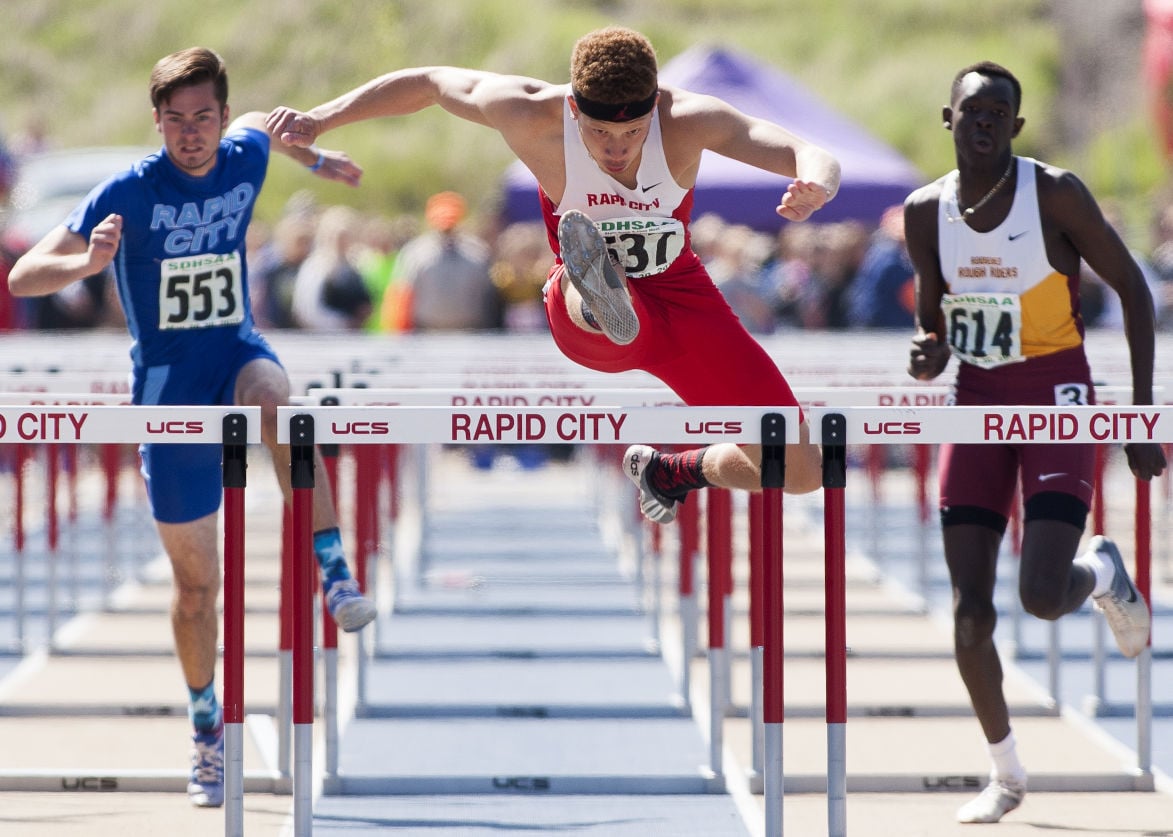 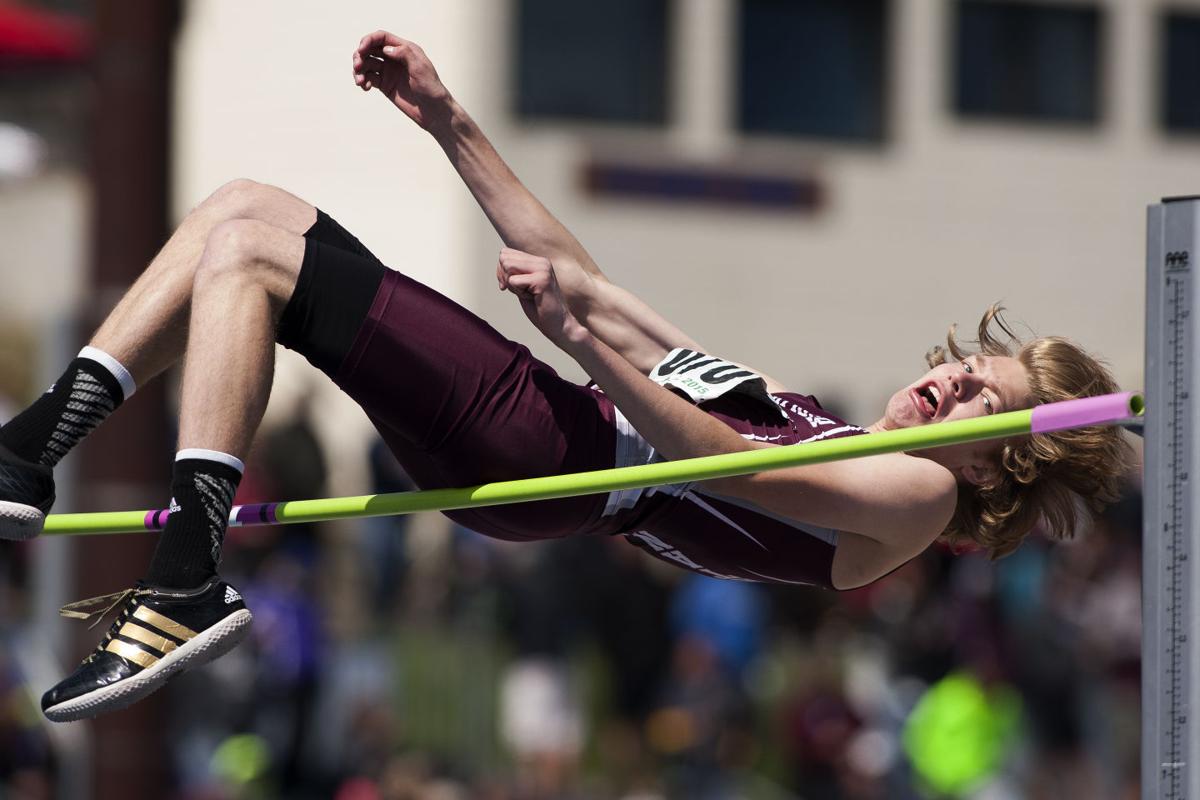 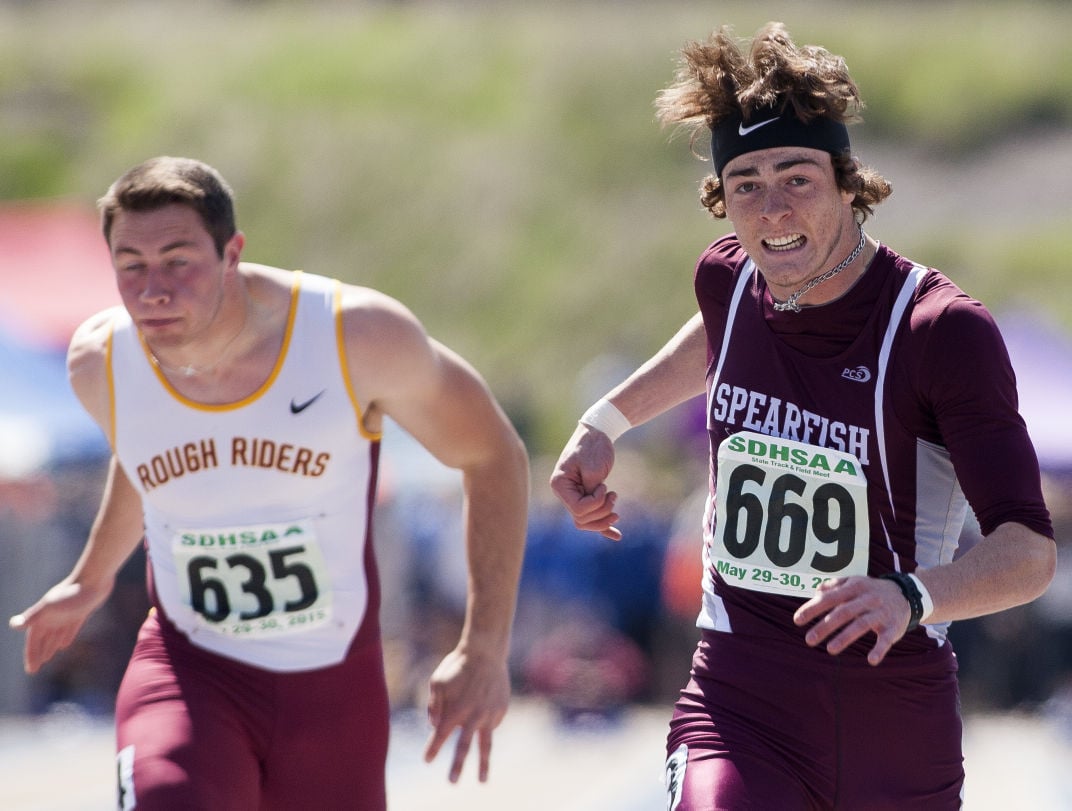 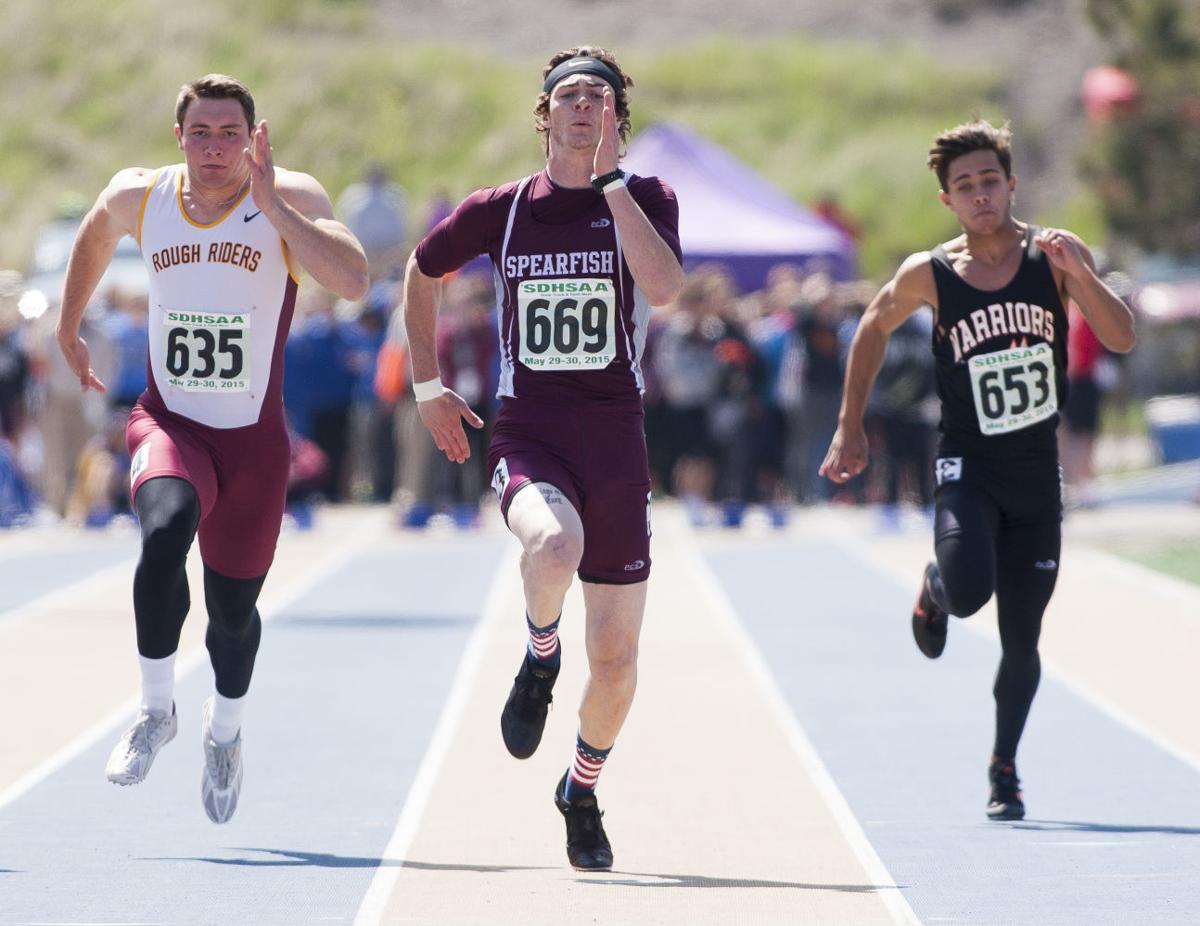 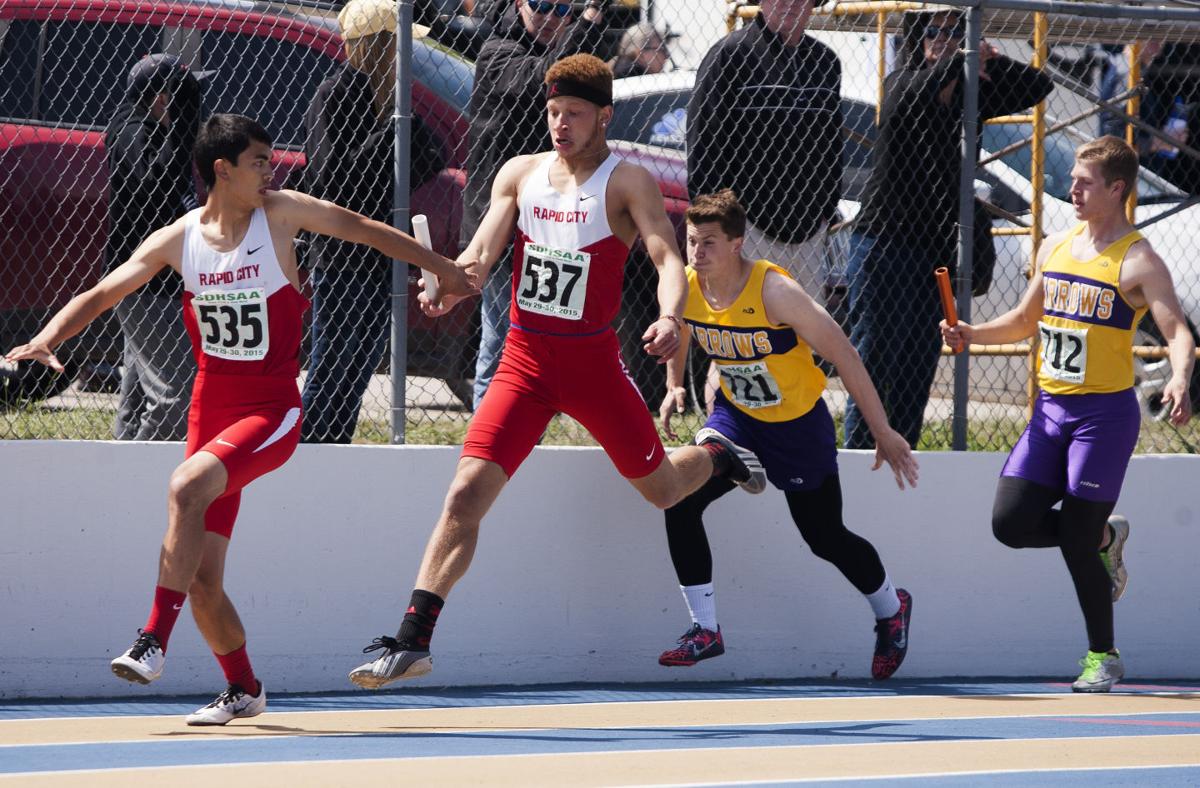 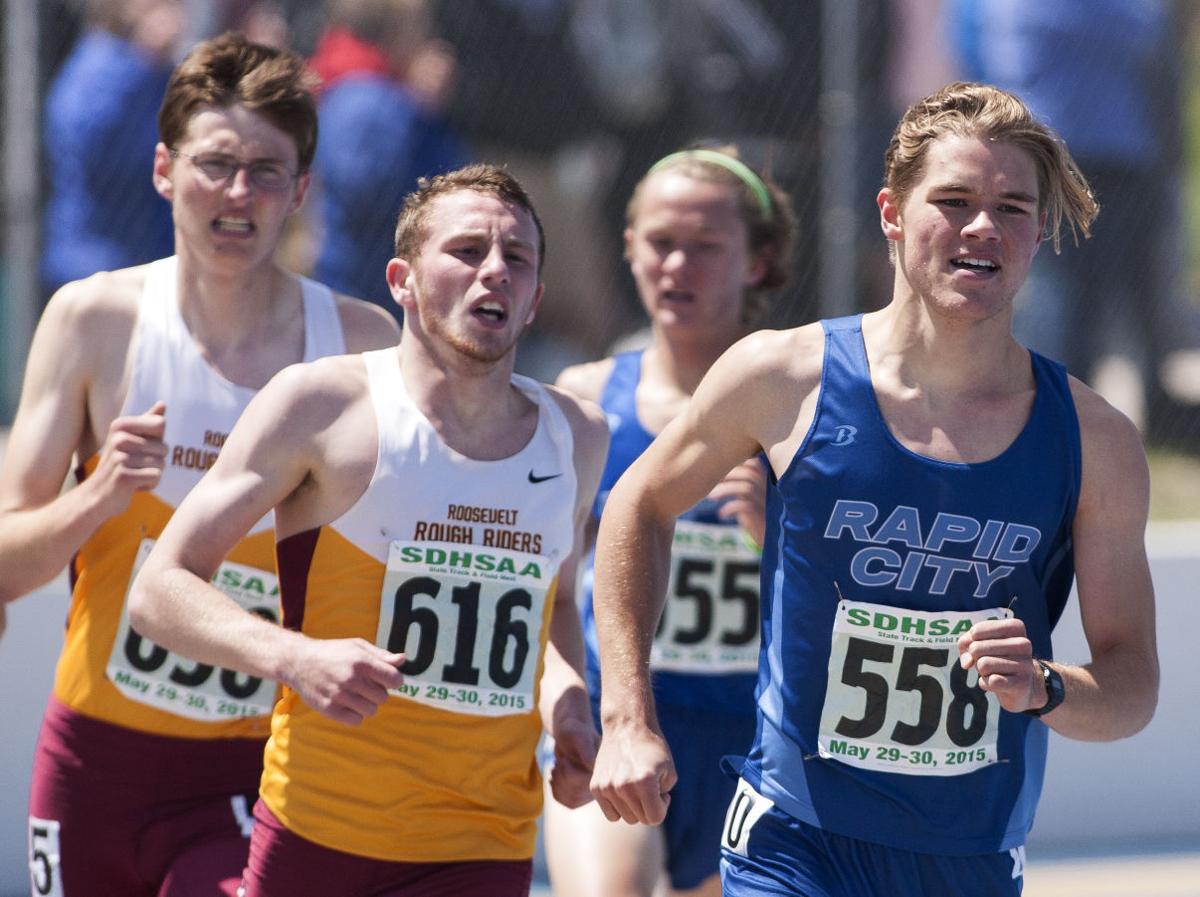 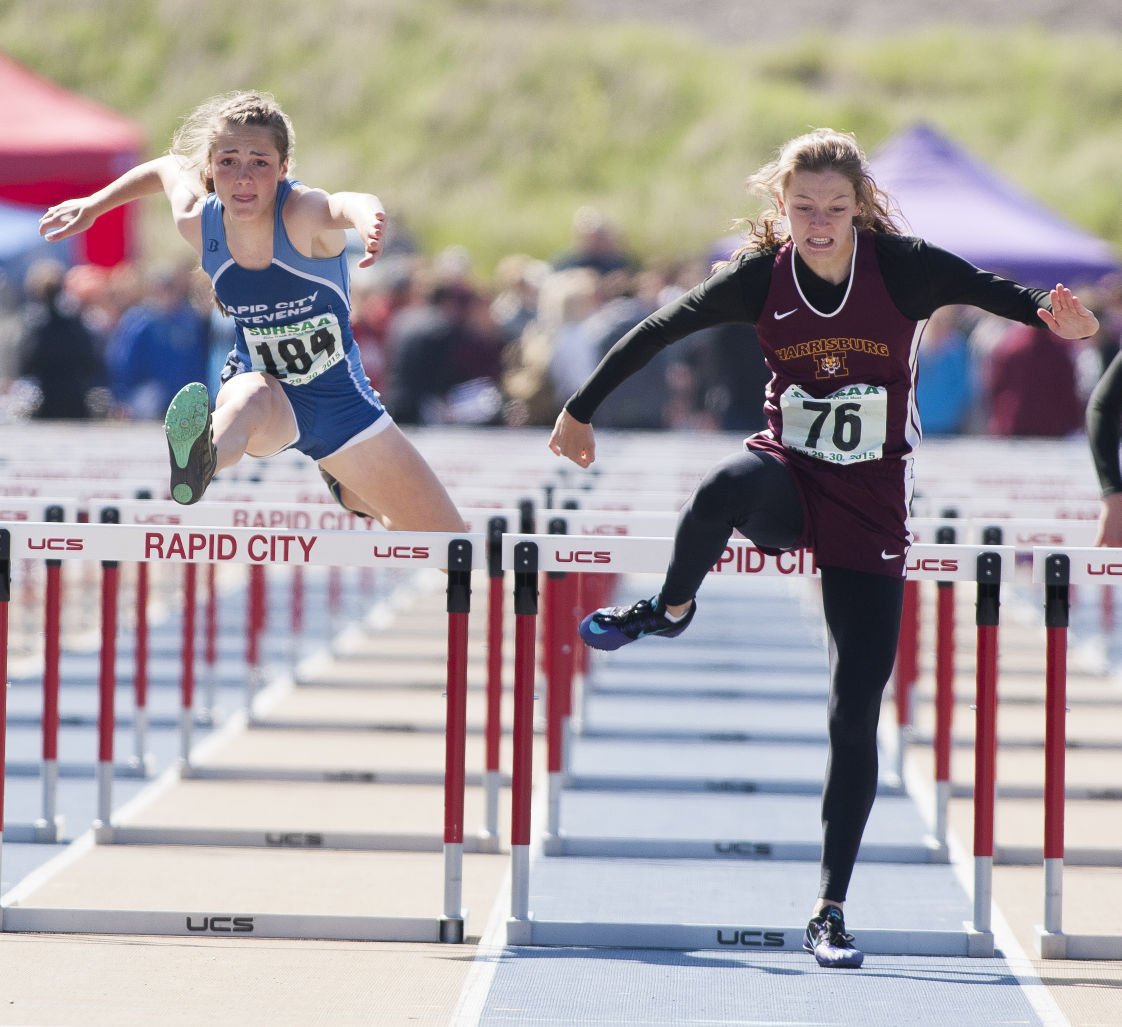 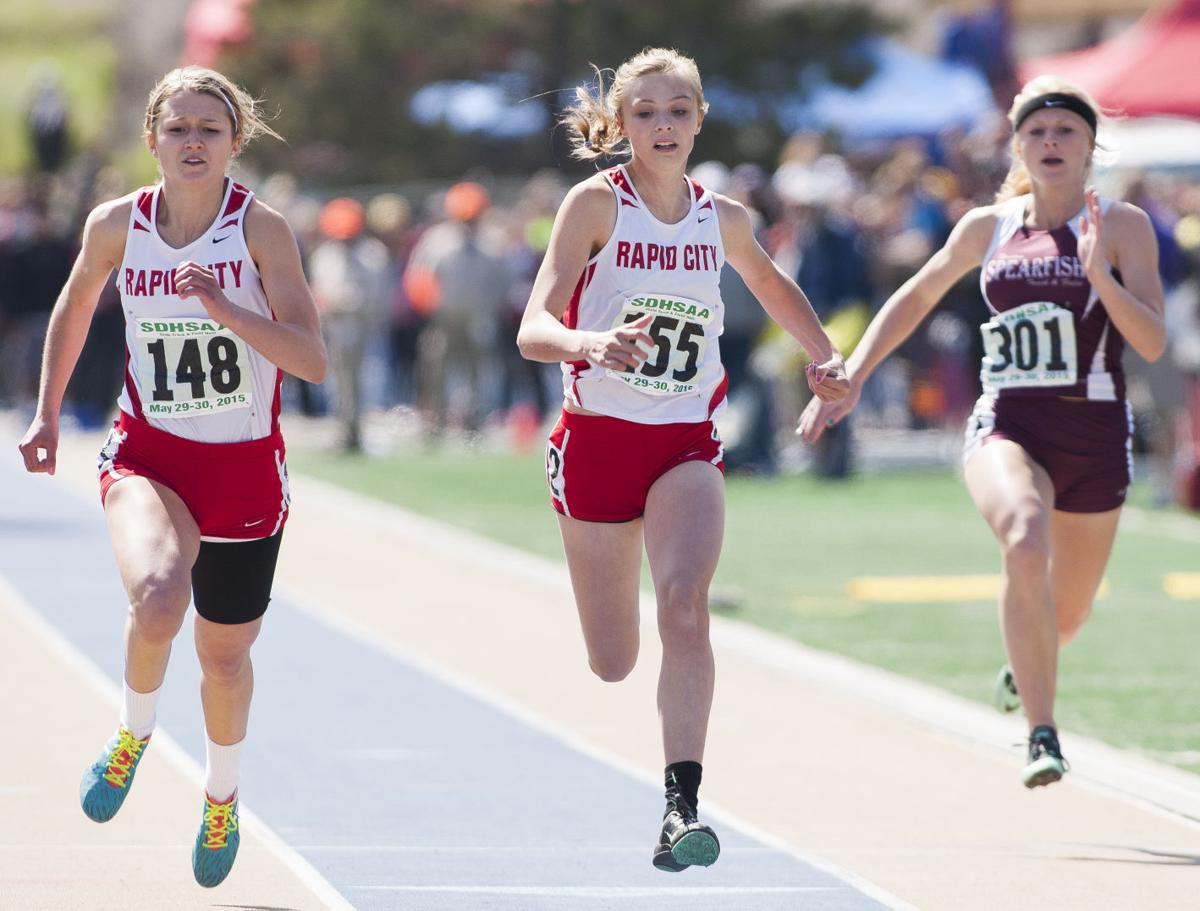 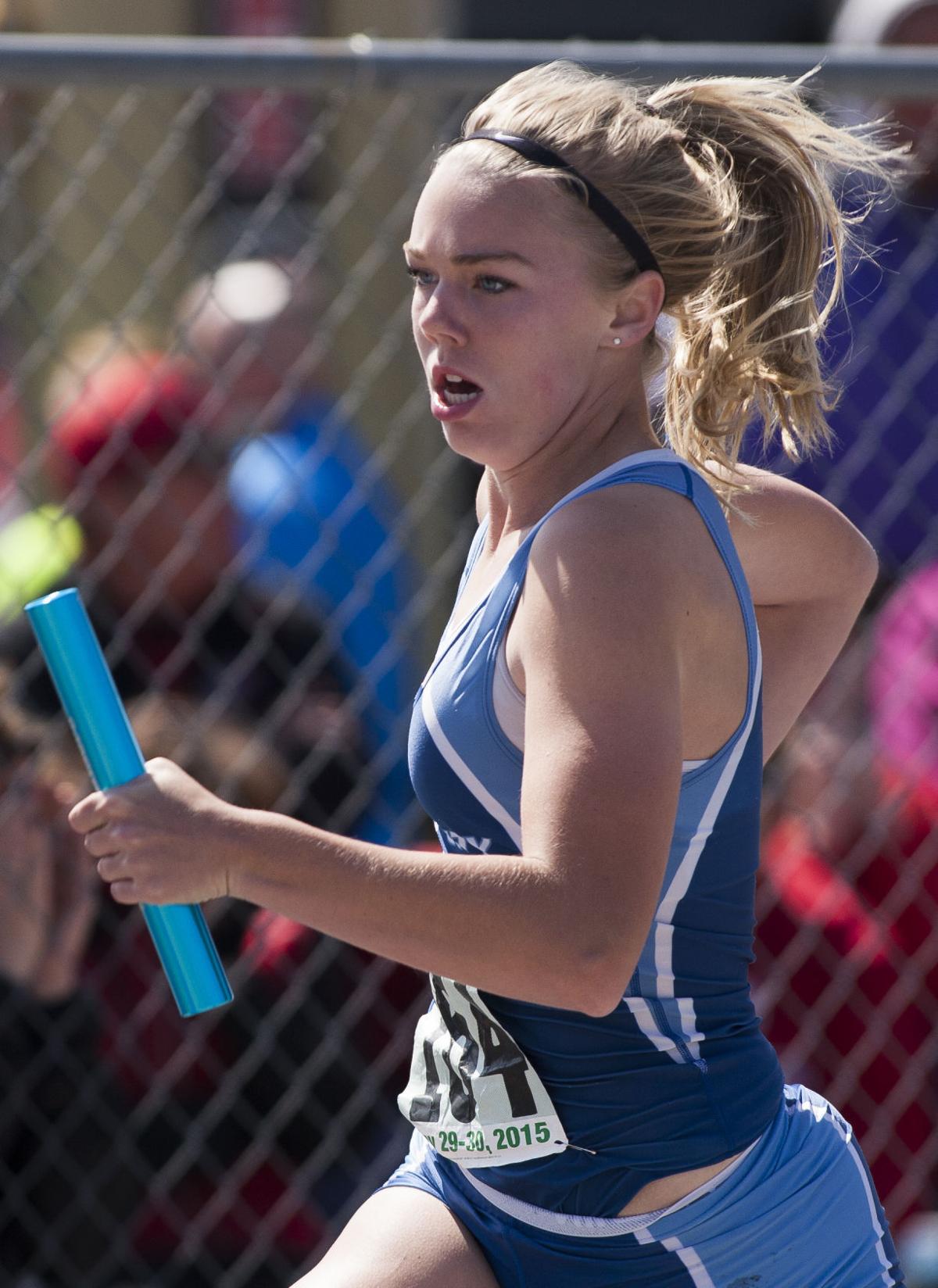 An unprecedented run of excellence in South Dakota high school track and field history continued Saturday at the 2015 State Track and Field Meet in Rapid City as the Rapid City Stevens girls won their 19th Class AA title, and 17th in the last 20 years.

The win didn’t come on the backs of a few individuals — the Raiders had just one winning performance at O’Harra Stadium on Saturday, a victory by eighth-grader Elizabeth Schaefer in the 300-meter hurdles — but the narrow win over Brandon Valley (105.50-103.00) came in typical Raider fashion, as Stevens garnered points with solid performances up and down the lineup.

“Elizabeth’s performance was big for us, and otherwise we just did enough to get it done,” Stevens coach Paul Hendry said. “Brandon Valley had a very good team and Rapid City Central made a run today with their sprinters and relay teams ... we got points in most events and didn’t have anything really disastrous happen, and the little things that did go wrong we were able to pick it up somewhere else.”

For Stevens, the third-place finish in the boys chase — earned by virtue of nipping Spearfish for third in the 4-by-400 relay, the last event of the day — earned the Raiders the Class AA combined team title.

A Rapid City Central girls relay team competing together for the very first time spurred the Cobblers move up the leaderboard, as senior Alaina Klapperich teamed with eighth-grader Hannah Young, sophomore Maddison Sullivan, and junior Kelsie Jeffries to win both the 4-by-100 and 4-by-200 relays.

“Yesterday was the first time all of us have run as a relay team and we ran two seconds faster than any other time this year, and ran even faster than yesterday,” Klapperich said.

To top off a spectacular day, Klapperich earned a third gold medal in the 100-meter dash in a time of 12.04.

“There were were a lot of good girls with similar times, so it could have gone any way,” Klapperich said. “Fortunately that was the best start I’ve ever had, and I was in front of people and they were chasing me rather than me chasing them.”

Klapperich wasn’t the only Cobbler with an outstanding performance on Saturday. Senior hurdler Talon Maxon not only defended this 110-meter hurdles crown but did so in a meet record 14.15 seconds to win in convincing fashion.

“I just tried to really focus over the hurdles and keep my balance and run my hardest, and if I did that I figured that good things would happen,” Maxon said. “I knew I had to get out quick because those guys have some long arms and you can’t be getting beat up.”

A couple of other Black Hills track and field athletes had big days as well.

Damian Hall of Spearfish duplicated a 100/200 double at the Howard Wood Relays by taking home gold medals in both events on Saturday, winning the 100 in 10.77 seconds despite coming into the final with the third best time in the event. Hall then followed up by breaking the tape with a 21.77-second clocking in the 200, joining teammate Jaxon Hinch (high jump, 6-4) as an individual winner.

The day's, and weekend's, best individual  performance was turned in by Jacob Simmons of Sturgis, as the senior followed up a state meet record in the 800 on Friday with two victories on Saturday. He won the 1,600 and followed up moments later with a come-fromfbehind anchor leg in the sprint medley to catapult the Scoopers to victory.

The 1,600-meter final was one of the more anticipated events on Saturday’s docket as it matched Simmons and Sioux Falls Lincoln’s Will Lauer, who had set a meet record in the 3,200 meters Friday.

In a classic matchup of an outstanding distance runner pitted against a standout middle-distance runner, Simmons, after following Lauer for nearly three laps, took control with 300 meters remaining to break the tape in a time of 4:17.95.

“I think we were both shooting for a little bit quicker time, but it was just so windy on the backstretch that it was hard to keep an honest pace,” Simmons said. “I just knew that Will is a super-strong runner, and I felt that I have a little more leg speed, and so maybe if I put down the hammer a little bit I would be able to gap him.”

Equally impressive was Simmons’ anchor leg in the sprint medley as he closed out his prep career by passing seven runners on his way to the tape.

“I just wanted to go out by giving it everything I had, and it just came together for me and was a great way to finish,” Simmons said.

Simmons' efforts earned him the boys track MVP while Rapid City Central’s Josh Dotson was selected as the field MVP off his record-setting 47-3 triple jump on Friday. On the girls' side, Yankton’s Emma Stewart was chosen as the field MVP while Sioux Falls Lincoln eighth-grader Jasmyne Cooper, with wins in the 800 and 1,600, earned the track MVP award.

MIAMI GARDENS, Fla. (AP) — A month before he returns to the ring at age 44 for an exhibition bout, Floyd Mayweather wound up in a brawl.

AP source: No cutting players because they are unvaccinated

An NFL team can’t release a player simply because he is not vaccinated for COVID-19, a person with direct knowledge of the league's directive …

CHARLOTTE, N.C. (AP) — Rory McIlroy finally won when he least expected it, and it was as sweet as he could have imagined.

China to draw 'separation line' on peak of Mount Everest

BEIJING (AP) — China will draw a “separation line” atop Mount Everest to prevent the coronavirus from being spread by climbers ascending Nepal's side of the mountain, Chinese state media reported Monday.

ATLANTA (AP) — Ronald Acuña Jr., who shares the major league lead with 10 home runs, left the Atlanta Braves’ game against the Philadelphia Phillies on Saturday night after being hit by a pitch.

College basketball players are transferring at a record rate. What does it mean for the sport?

It began as an idea, a hopeful notion that might one day become something more.

DARLINGTON, S.C. (AP) — Martin Truex Jr. got nervous in a hurry near the end of his dominating drive at Darlington Raceway.

The Angels’ decision on Thursday to release Hall of Fame-bound slugger Albert Pujols with a little under $30 million owed him on the last year of his contract was both stunning and necessary even if a lot of people in baseball and the media viewed it as cold-hearted.