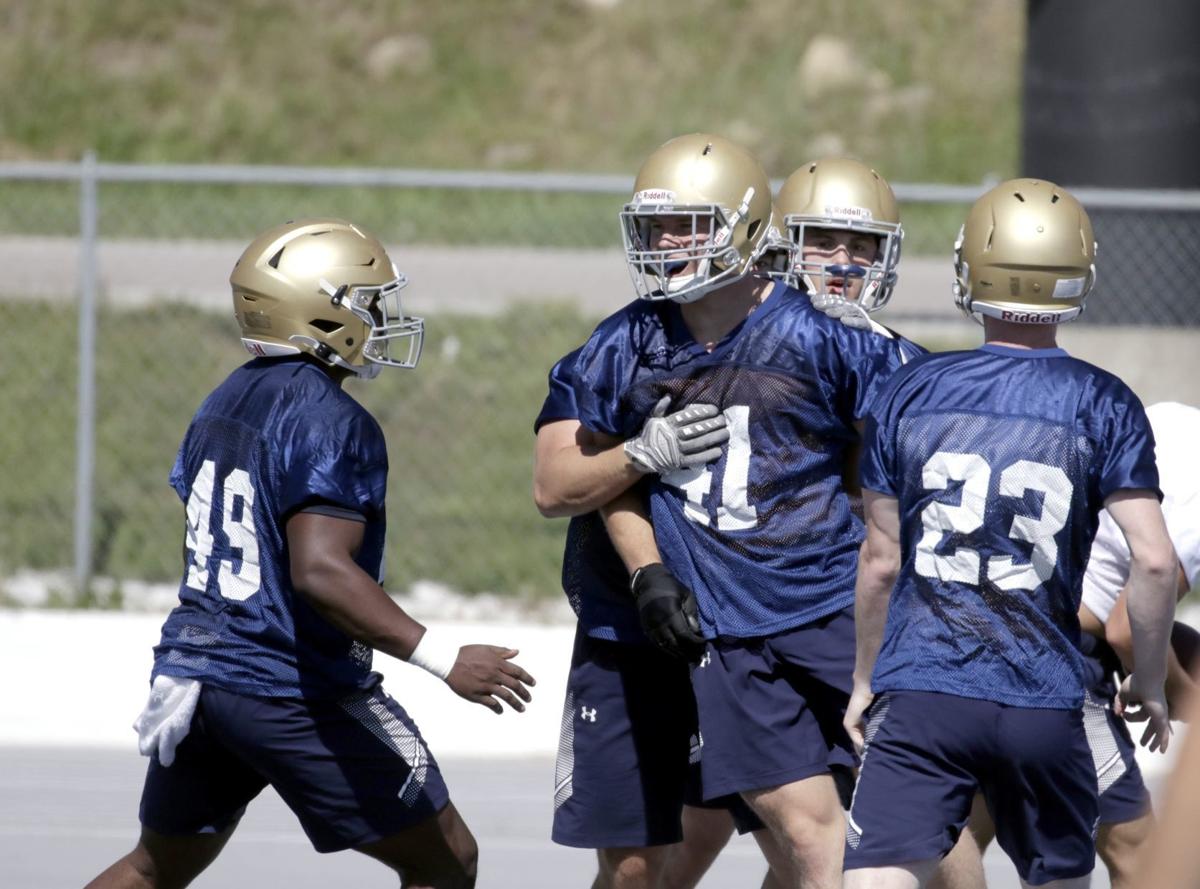 South Dakota School of Mines sophomore Cole Peterson (41) is congratulated after he returned an interception for a touchdown Tuesday morning at Dunham Field. 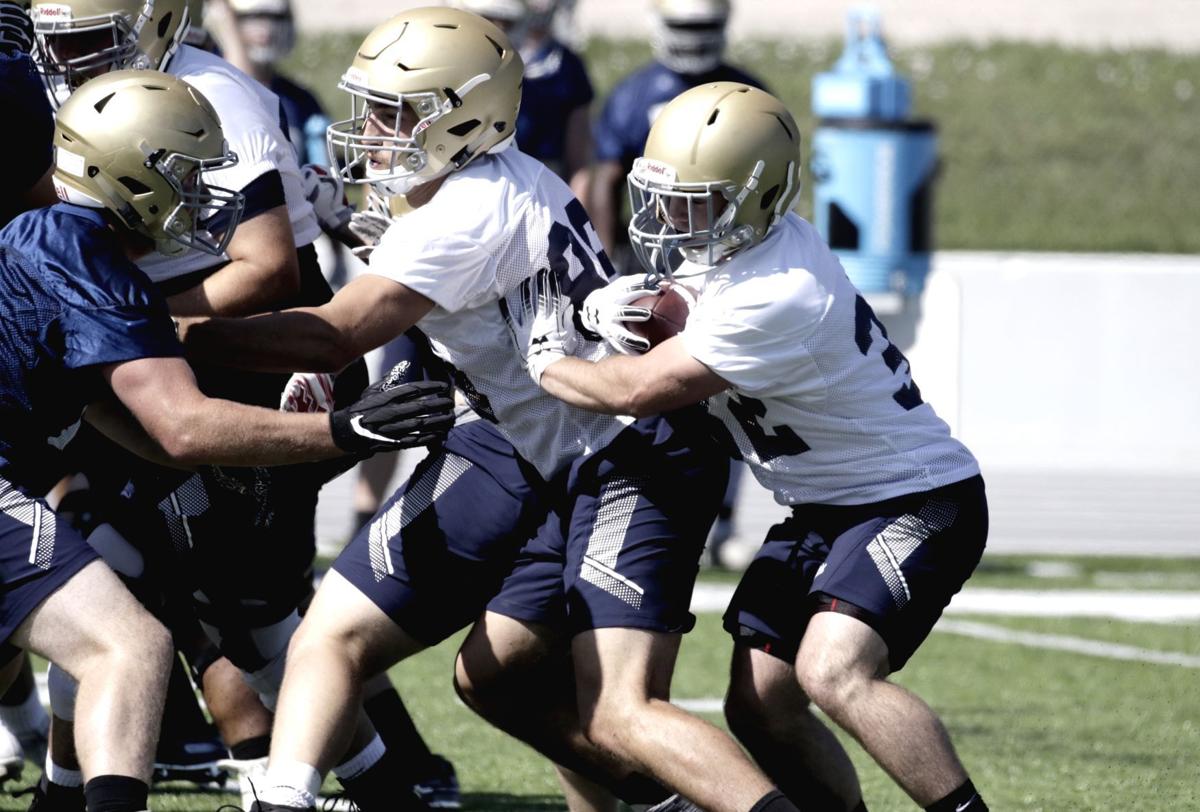 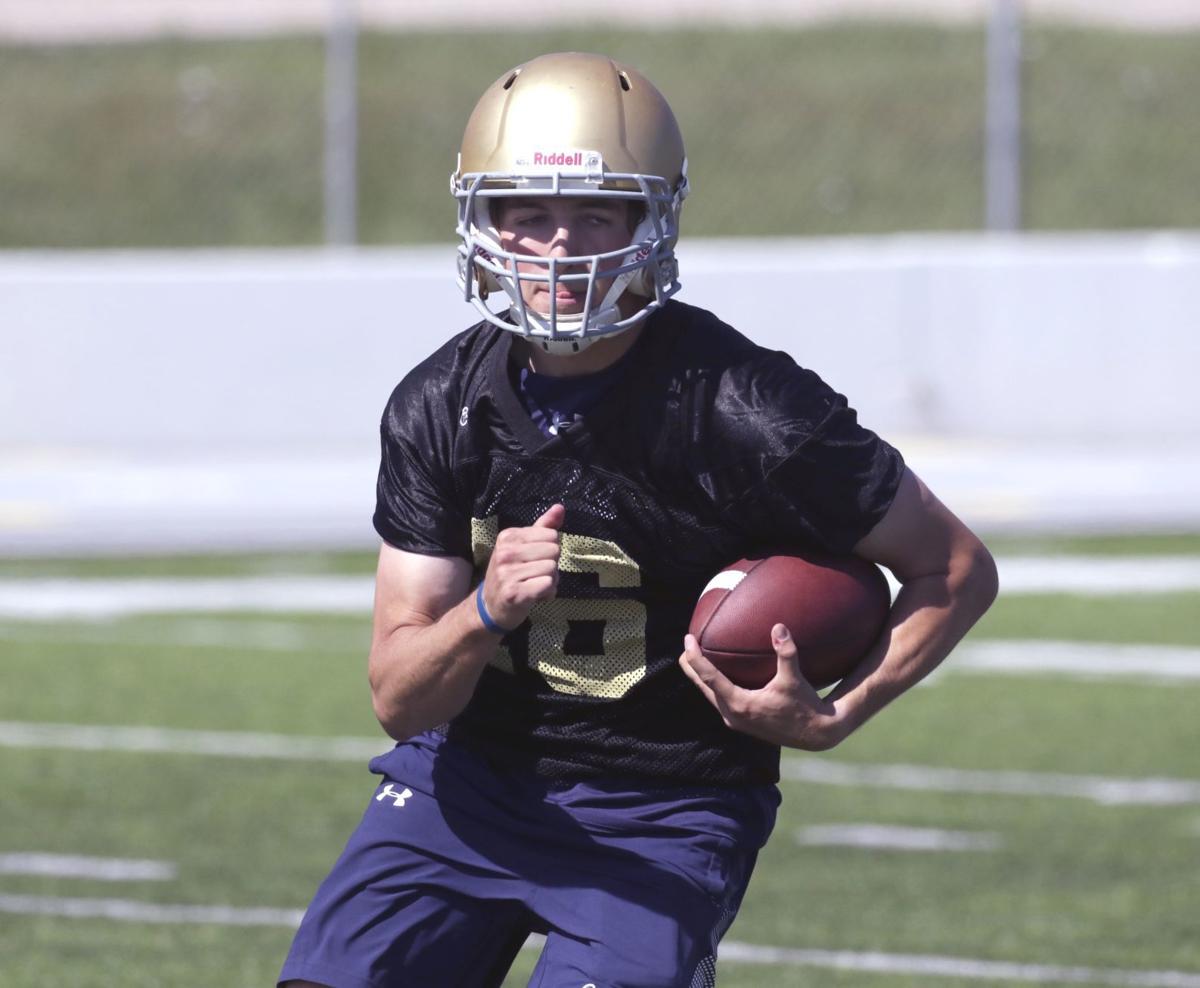 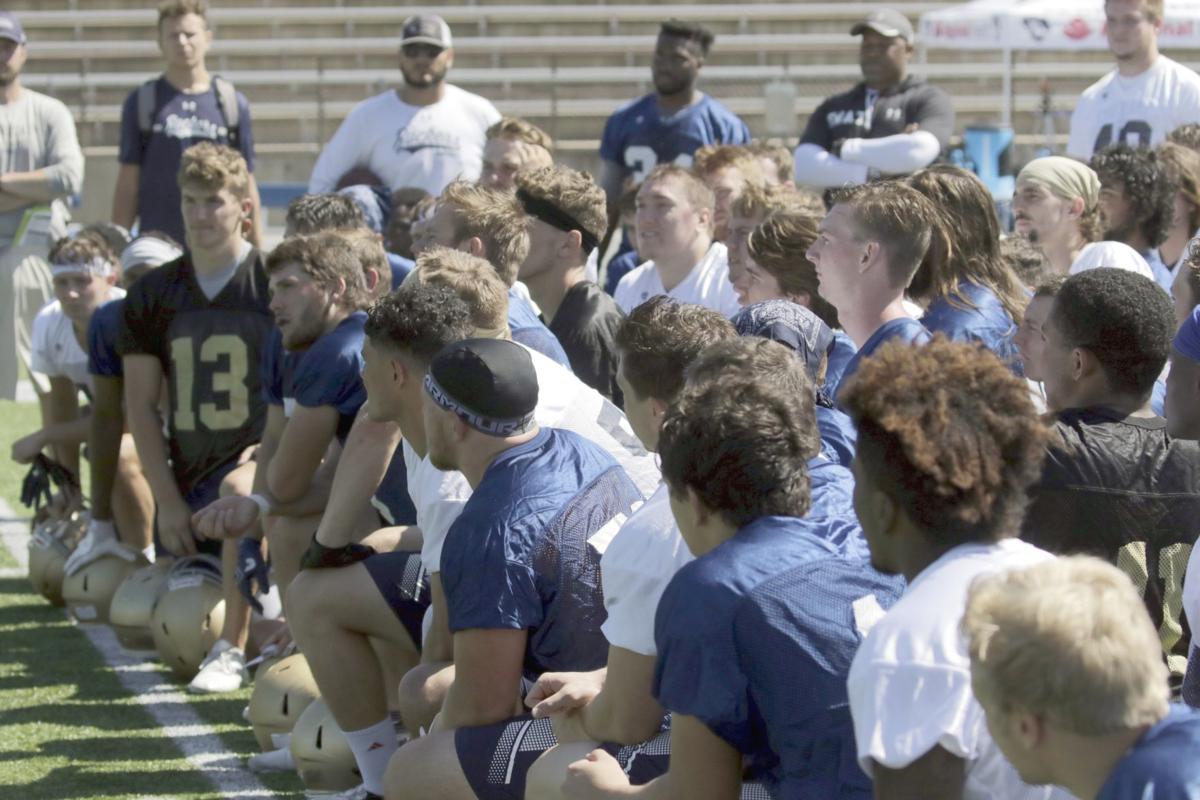 South Dakota School of Mines players listen tot he coaches at the end of practice Tuesday at Dunham Field.

The Sept. 7 season opener against Colorado Mesa University isn't quite on the radar for the South Dakota School of Mines football team.

Competing in the fourth quarter, however, is.

The Hardrockers won't game-plan for the Mavericks until that final week before the opener. Yet, preparation to be in the game against Mesa at the end is well underway.

"We're not going to beat Colorado Mesa until the week we are playing Colorado Mesa," Mines head coach Zach Tinker said. "We're trying to prepare a football team for an 11-game schedule right now in training camp. That is training camp."

At the same time, Tinker likes the fact that they are opening against a Mesa team that he has never beaten and one the 'Rockers lost twice to in the last three games in the final minutes.

"We went toe-to-toe with them and battled it out and couldn't finish," he said. "That is one of our points of emphasis — be a better team in the fourth quarter. If you watch practice, it looks like it is harder at the end, and it is planned that way."

Conditioning is vital for any team to get to the fourth quarter. As a team, Tinker said he's "seen better, but I've seen a lot worse."

About 60 Hardrockers were in town by July 4, working out with strength and conditioning head coach Eric Engelken. Two weeks ago, those numbers were up to about 75 players.

"Those guys are in pretty good condition. Our strength coaches have worked with those guys and got them ready to go," Tinker said.

The newcomers? Tinker compares the first couple of days of fall camp to "shock and awe," for how much work, the rate of work and the rate of information the new players go through.

"Football is so hard to replicate in the off season because, in our sport, we're not allowed to. You can't play football without football. It is a totally unique sport that way," he said. "These guys are, quote, unquote, in shape. But competing for two hours and 43 minutes on Dunham Field is different."

After two days of fall camp, Tinker likes the energy level, or juice as it is commonly called.

The "attitude," is also there.

"Even though we have a lot of new players, the veteran players understand the energy level that is required to play Hardrocker football. They have mentored these young guys, who have never worked like this before," Tinker said.

Early on Tinker said that as coaches, they are learning personnel now because that is part of training camp.

"You go, 'Oh, this player has a certain set of skills, so we have to find a way to use that.' As you do that, it helps you formulate decisions like, 'What are our best plays going to be with this group?'" he said. "In all three phases, the best plays we ran in 2017 were different than they were in 2018, which is different from 2019, because many of the players are different. That is one thing that this coaching staff does a really good job of, not trying to fit a square peg in a round hole. If we got a player who can help us in a certain way, we'll have him help us in that way.

After two days of "pajama practice," the Hardrockers will put their shoulder pads on Wednesday and Thursday and are in full uniform for full contact Friday.

The pads are just more protective equipment, so it is 'hey, we have the ability to touch each other with more authority," Tinker said.

Playing in pads will allow them to practice our techniques more, Tinker added.

"The number one component for our winning formula is playing physical, and that is hard to replicate playing physical when you are not wearing pads," he said. "You can do it, but it is limited."

It was somewhat of a slow start for the Rapid City Central girls' basketball team, although the game was barely four minutes old.

South Dakota School of Mines sophomore Cole Peterson (41) is congratulated after he returned an interception for a touchdown Tuesday morning at Dunham Field.

South Dakota School of Mines players listen tot he coaches at the end of practice Tuesday at Dunham Field.