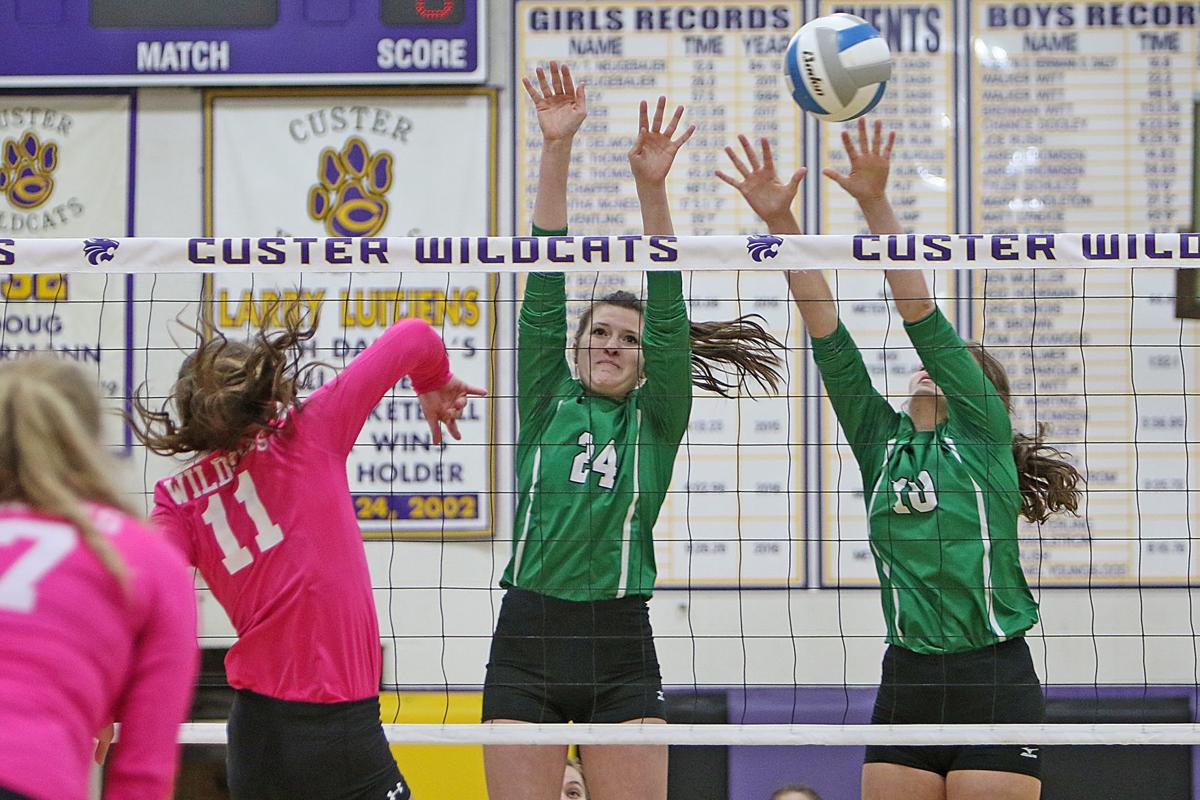 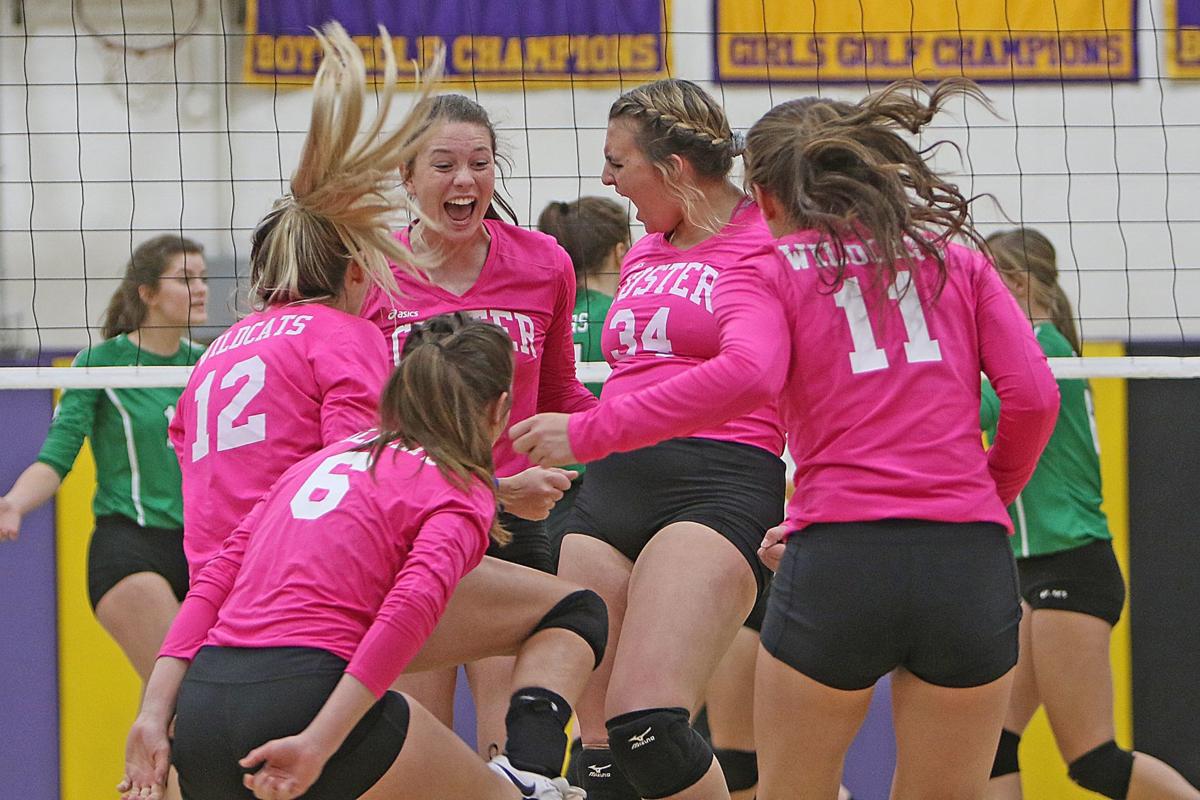 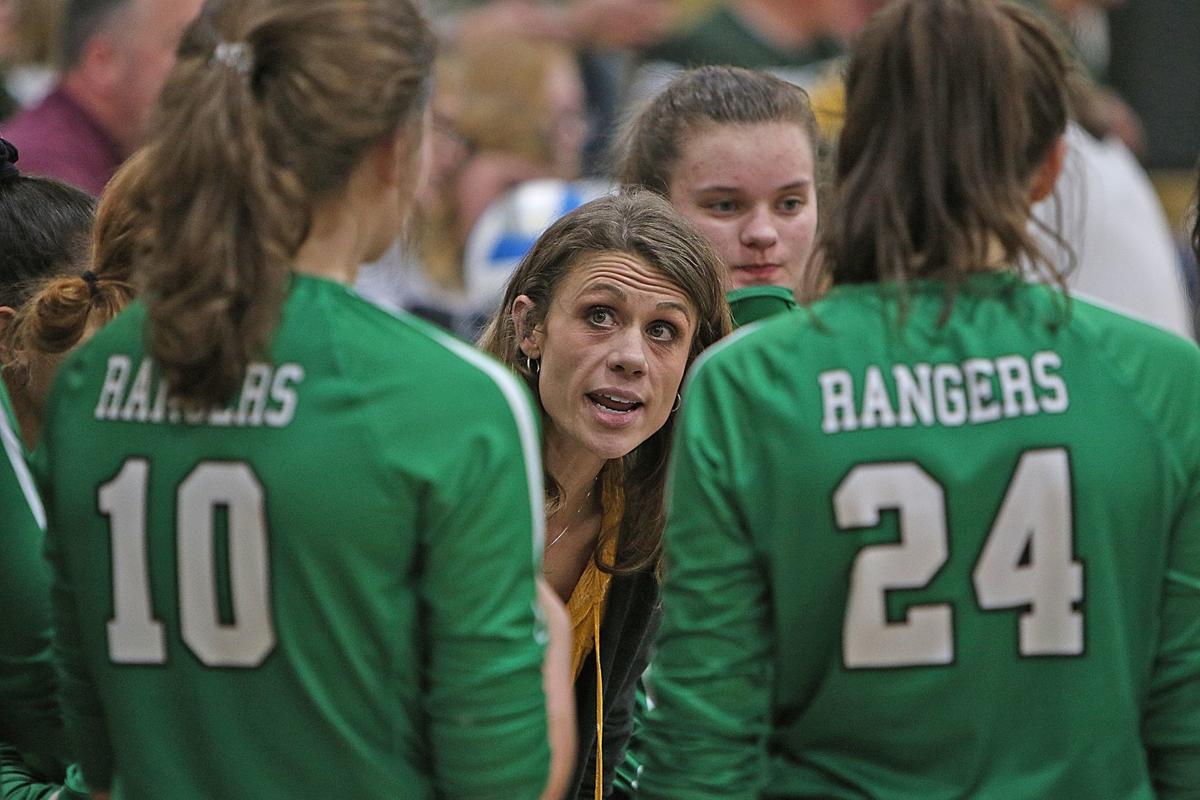 Hill City coach Lindsy Wathen, center, talks to her team between sets during the Rangers match against Custer during a Black Hills Conference high school volleyball match Tuesday at Custer. 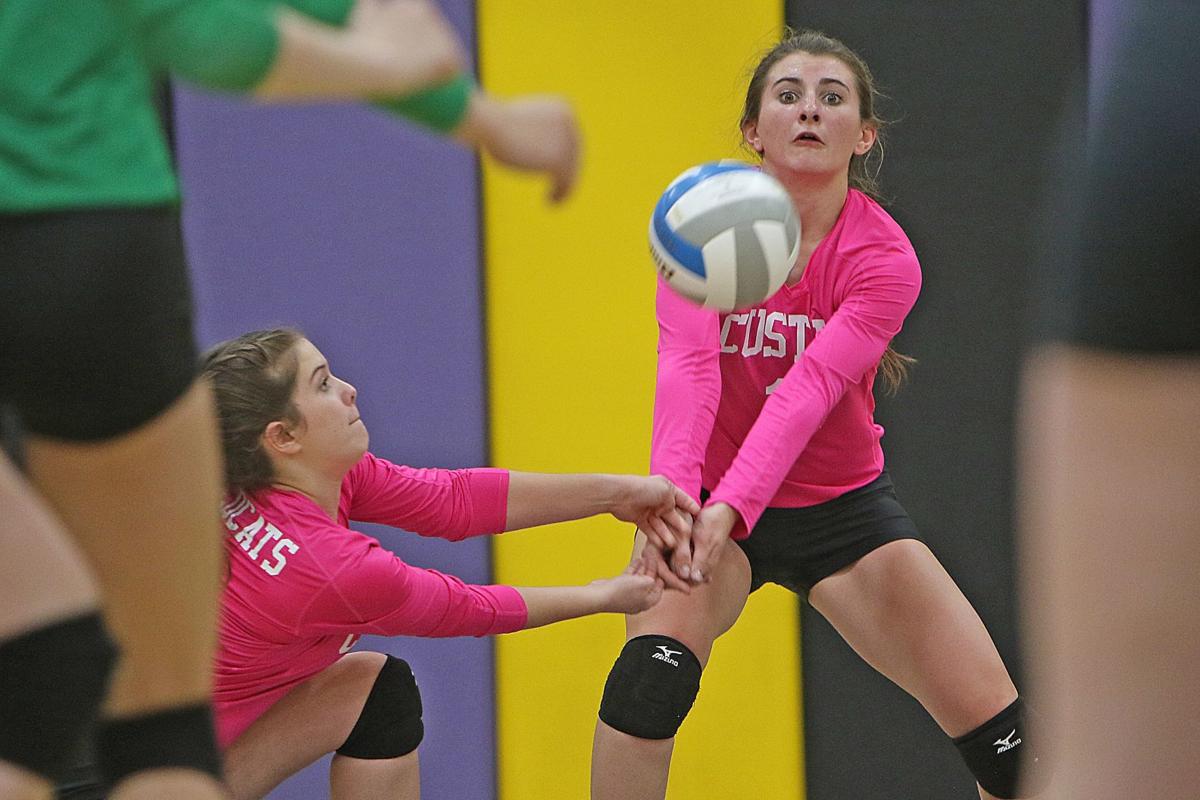 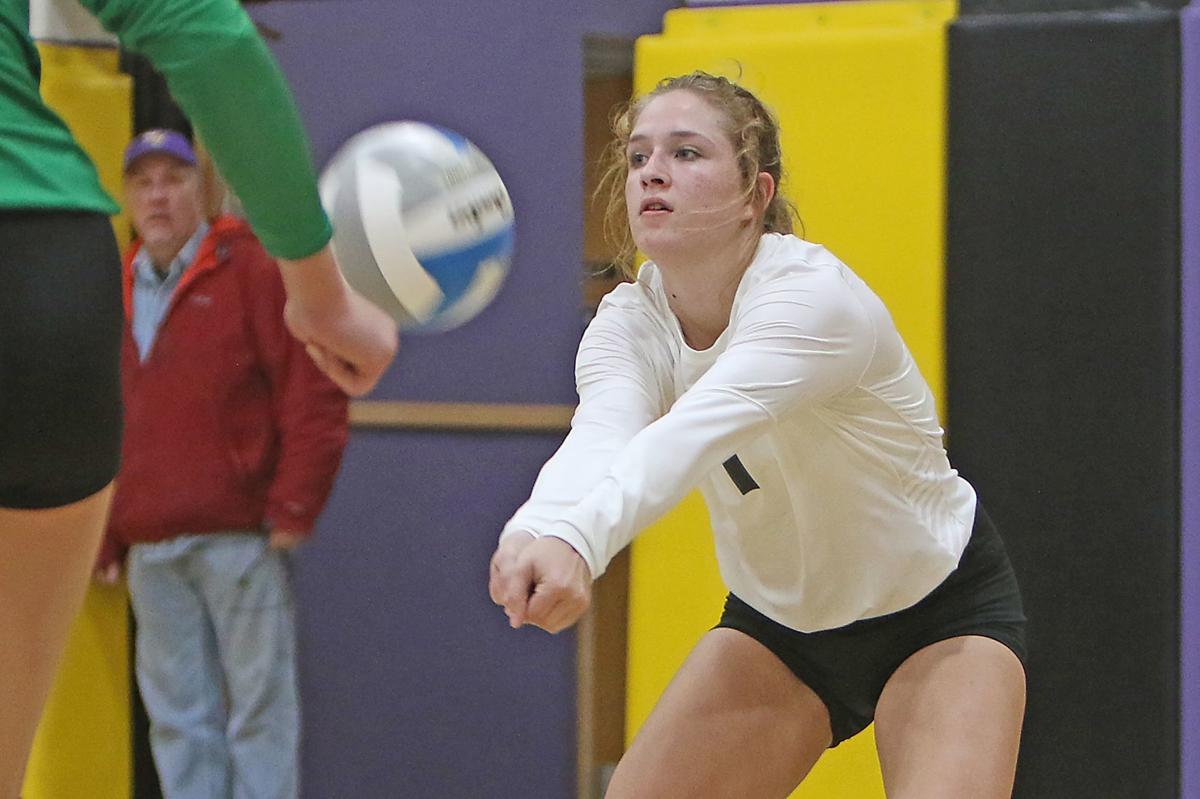 CUSTER — Hill City overcame playing rival Custer just down the road on the Wildcats’ home court and came away with a hard-fought 21-25, 25-13, 25-17, 25-14 win in Black Hills Conference volleyball action Tuesday.

Coming off a busy weekend of volleyball at the Northwestern Invitational in Mellette, the Rangers were a little sluggish in the early going. The lessons learned from playing against some top competition East River paid dividends against Custer.

“It was a great learning experience for us,” Hill City coach Lindsy Wathen said. “It was faster play, and it was hard-hit balls all the way around. We learned a lot.”

Custer got up early on Hill City and never trailed in the opening set. The Wildcats led 19-14 after the Rangers were called for a net violation. Hill City went on a 6-1 run to tie the set at 20-all, but a block by Kelsey Herman and Heidi Moore started Custer on a 5-1 spree. A lift by the Rangers on set point resulted in the Wildcats taking the first set 25-21.

“We were able to come up with some big hits, some blocks and our coverage was really good, “ Custer coach Jill Hohn said. “We’ve worked a lot on our coverage for teams like Hill City. The girls took everything we said to heart and put it into play.”

Wathen gave her team a little talking to between sets, and the Rangers came out sharper in the second stanza.

“A good, old-fashioned butt chewing made a bit of a difference, and we made a few little adjustments,” Wathen said. “Custer does play a little different defense than we see in the rest of the region, so once we adjusted and we found the open spot on the court, we were good.”

Hill City took its power game to a higher level, using serves to set the tone the rest of the way.

Hailey Wathen and Whitney Edwards combined for three service aces early in the second set and Marie Peckosh had a pair of kills as the Rangers jumped out to a quick 10-3 lead. Another ace by Wathen pushed Hill City up 16-8 and a kill-block-ace combination by Dale Schier, Edwards and Holly Peckosh on successive points pushed the Rangers up 21-9.

“We did have a plan coming in, and we had specific areas of the court we were going to target,” Wathen said. “We followed through with that really, really well.”

Custer’s block forced some hitting errors from Hill City late in the set, as the Wildcats climbed within 23-13, but the deficit was too much to overcome. Wathen closed out the set at 25-13 with a kill.

Once the Rangers put the opening set behind them and found their rhythm offensively in the second, they took control of the match. Hill City jumped out to quick leads in the third and fourth sets and made late surges in both to keep the Wildcats at bay on its way to taking the final two.

The bigger picture was the Rangers over the final two sets were steady on their serve receive and patiently ran their offense through Siemonsma, and the sophomore setter put the ball onto the hands of her hitters consistently.

“It always starts a good pass,” Coach Wathen said. “You have to have that really great pass and that set, where it’s supposed to be so our hitters can place it whether it’s a hard hit, a roll shot or throw it to that open spot.”

Both teams return to action Monday in their regular season finales.

Hill City coach Lindsy Wathen, center, talks to her team between sets during the Rangers match against Custer during a Black Hills Conference high school volleyball match Tuesday at Custer.