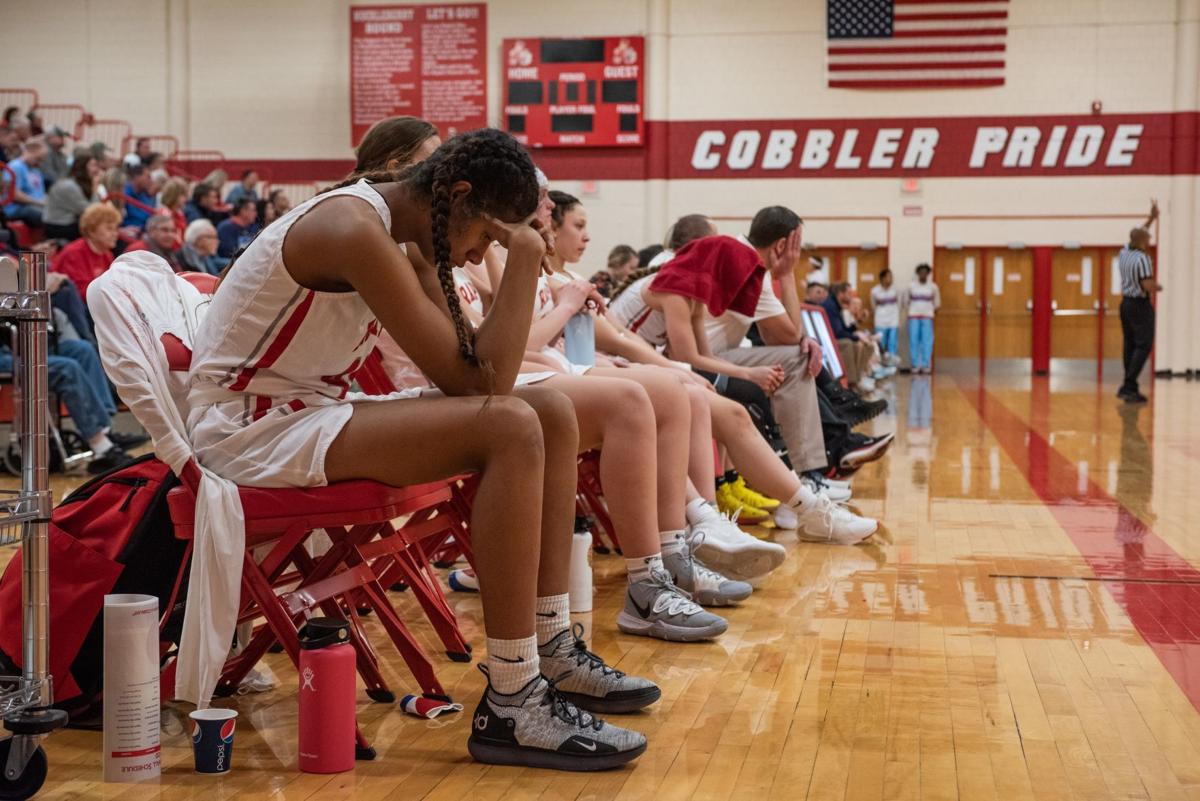 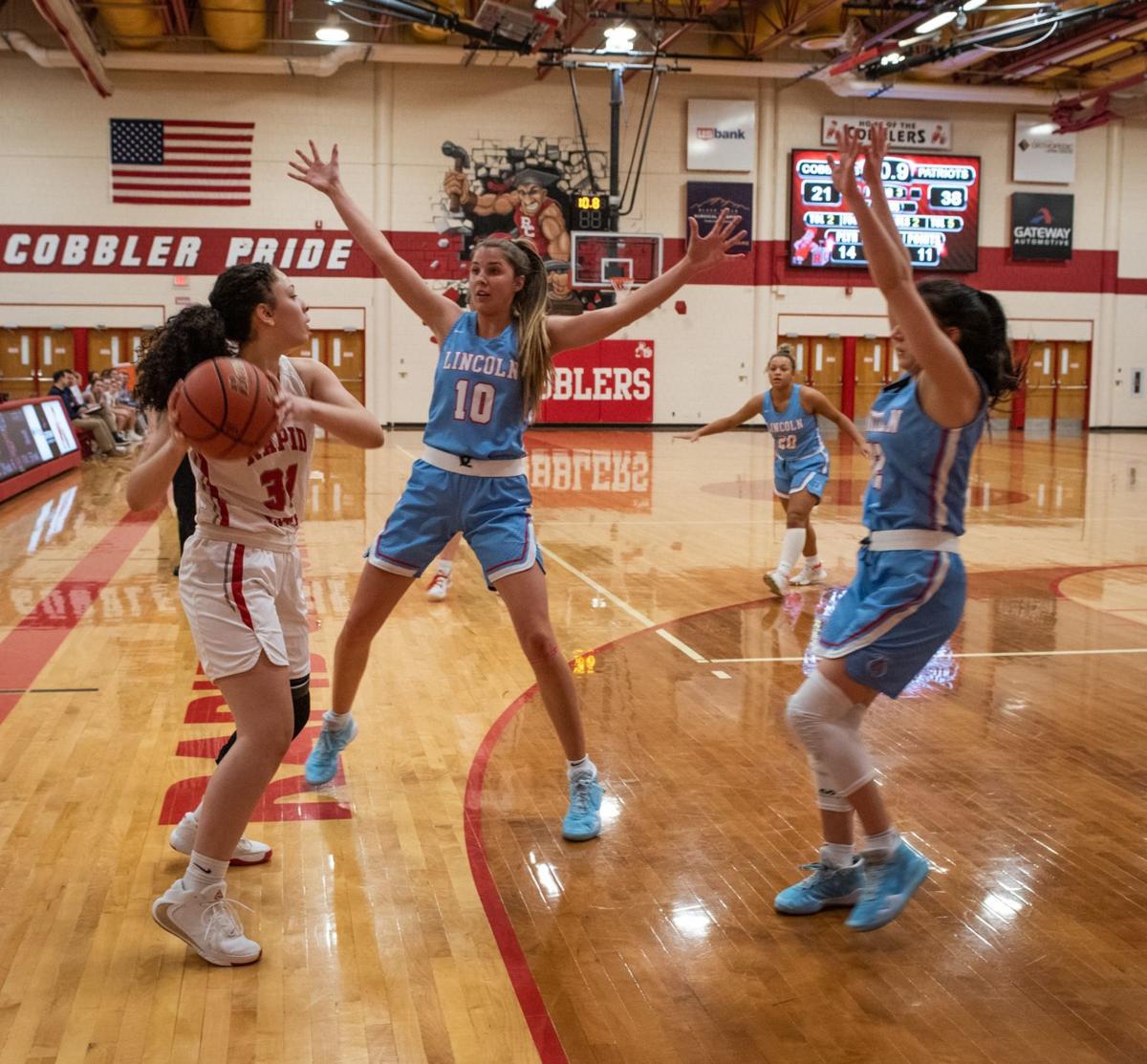 Kenya Merrival, a Rapid City Central junior, was surround by players from Sioux Falls Lincoln but still managed to pass the ball off to her teammate during the third period Friday night at Naasz Gymnasium. 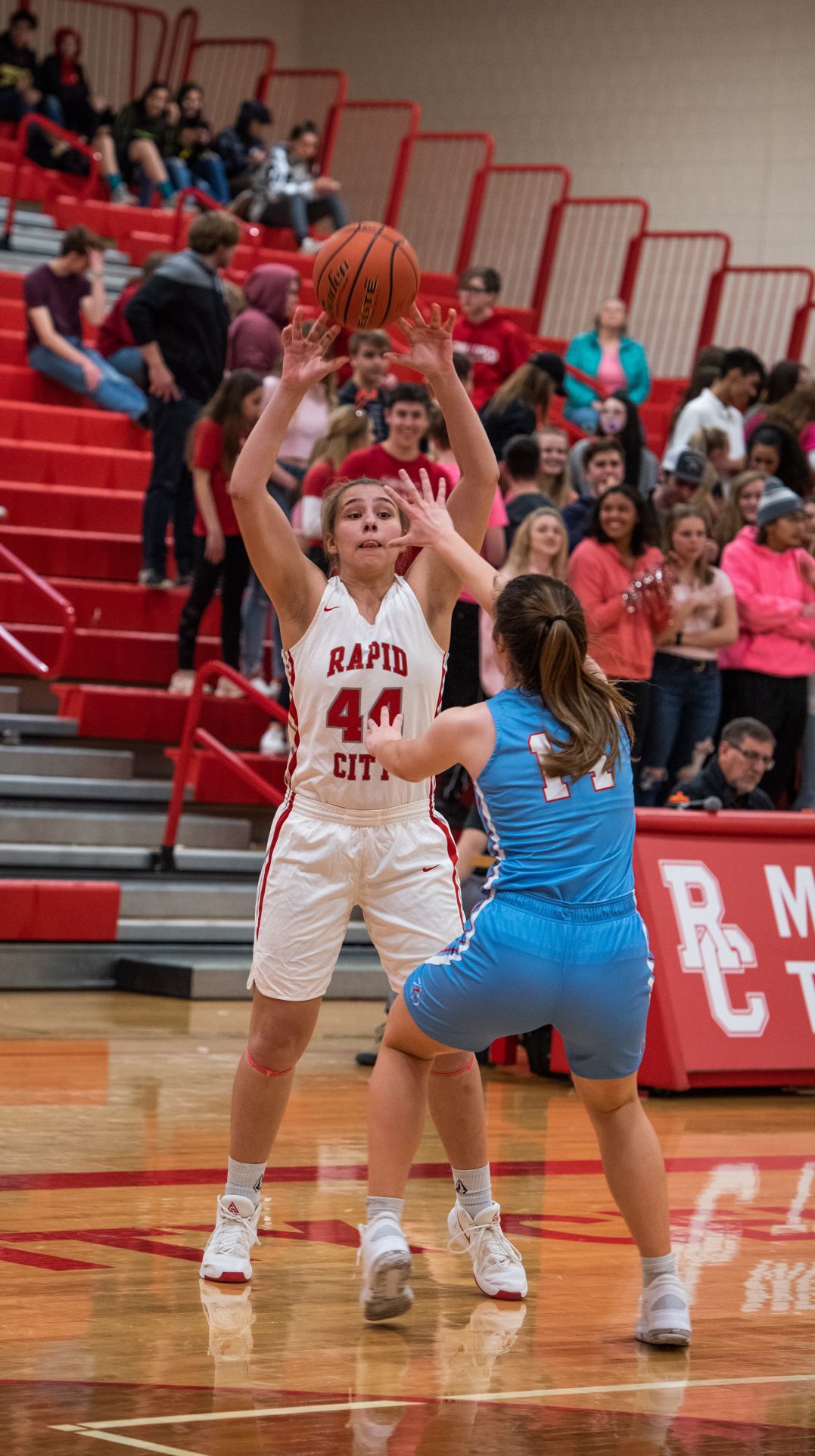 Playing tough defense can only get you so far when when the shots aren't falling at all.

That was the case for the Rapid City Central girls' basketball team, as they fell to Sioux Falls Lincoln 47-24 Friday night at Nassz Gymnasium.

The Cobblers shot just .175 from the field (7-of-49) and hit two 3-pointers as the No. 3 Patriots overcame a slow start in a sloppy game to get the win.

"When you play that poorly offensively, you are not going to beat anybody at this level," Central coach Kraig Blomme said. "Defensively, we did get off to a great start, and we held them to 47 points, a team that scores a lot of points. We just were unable to get anything going offensively."

Central, which has now lost five straight games, actually came out and played well early, holding the Patriots to just one free throw in the first four and one-half minutes of the game.

Unfortunately for the Cobblers, they only scored four points themselves in that time span and never really got going on the offensive end.

Lincoln led 10-7 at the end of the first quarter, but used a 17-7 edge in the second to take control. The Cobblers scored just three points in the fourth on a late 3-pointer.

"We tried a lot of different things offensively, but couldn't get anything going inside, and when you rely on perimeter shooting, it is going to be a tough night for us," Blomme said.

The game was slowed down by fouls and turnovers, as Central gave up the ball 25 times and committed 26 fouls. Lincoln was also called for 17 fouls.

"The flow of the game was severely disrupted tonight," Lincoln coach Matt Daly said. "It was one of the harder high school games that I had to coach, especially out here out West."

Junior Jordon Heckert scored six of the Cobblers' seven first quarter points, but didn't score again as she played with four fouls for much of the second half.

Blomme said there were too many touch fouls for his liking as well.

"This is AA basketball and you need to let them play a little bit," he said. "For us especially, when we get into foul trouble with our starters, we're in trouble."

"Our pressure defense ultimately got enough stops and we put enough points on the board to get through a tough shooting night to get the win," Daly said.

Central, 6-10, will look to bounce back with a home game not on their home court, as they take on Sioux Falls Washington today at Rapid City Christian (1:45 p.m.). Central's court will be occupied by a youth basketball tournament.

"I told the girls that every day is a different day and every game is a different opportunity," Blomme said. "We'll see how we bounce back from this performance (Saturday)."

Lincoln will look for the weekend sweep today at No. 2 Rapid City Stevens (1 p.m.).

"It's a good team in Stevens with Kyah Watson back playing. They are long and athletic, and they get downhill with the ball," Daly said. "They are a great team sitting at No. 2 now."

Kenya Merrival, a Rapid City Central junior, was surround by players from Sioux Falls Lincoln but still managed to pass the ball off to her teammate during the third period Friday night at Naasz Gymnasium.