The senior completed 20 of 29 passes for 217 yards and a touchdown with one interception on a tipped ball.

The Yellow Jackets (2-0) need to stay sharp offensively and improve in the run game this week, as they open RMAC play Saturday evening at Chadron State (0-2).

“Chadron State is a gritty trench team and always has been,” BHSU head coach Josh Breske said Saturday. “We’re going to have to win up front. I thought our offensive line could’ve played a little bit better in the run game.”

Breske has a lot of familiarity with the Chadron State program and its 11th-year head coach Jay Long.

Long served as a Yellow Jackets assistant coach while Breske played at BHSU from 2005-2009.

Chadron State is 59-15-2 all-time against BHSU and holds a four game winning streak in the series dating back to 2016. The Eagles romped the Jackets 56-7 in their last meeting on Nov. 13 last season.

Chadron State opened the season with a 35-0 loss at No. 7 Angelo State and fell 56-10 to Utah Tech on Saturday. In those contests the Eagles averaged 256 yards per game but went 12 for 35 on third-down conversions.

Quarterback Heath Beemiller struggled through his first two games. He completed 18 of 52 passes for 181 yards, no touchdowns and six interceptions. Backup Mason Hamiliton appeared in both games and completed 3 of 8 passes for 38 yards.

On the ground the Eagles average 146.5 yards per game. Beemiller enters Saturday as the leading rusher with 27 carries for 113 yards, followed by Jalen Starks’ 20 rushes for 92 yard and the team’s only touchdown.

Defensively, Chadron State enters allowing 492.5 yards per game and 45.5 points per game. The Eagles have forced one interception and no sacks.

Ritchie McCormack leads the team in tackles with 16 total tackles, 10 solo tackles and an interception.

The Yellow Jackets enter the matchup with the Eagles playing well behind a stingy defense.

BHSU has allowed 10.5 points per game and 249.5 yards of total offense per game. Opponents have managed just two touchdowns through two games.

The run game started slow against the Cardinals but picked up in the second half. The RMAC named Nolan Susel as an honorable mention in its weekly awards on Monday. Susel racked up three touchdowns with 84 yards rushing on 12 carries and caught one pass for 37 yards.

Chadron State prides itself in dominating the line of scrimmage.

Black Hills State struggled to get the run game going in its first two games, but showed flashes of what could be against William Jewell. In the second half last week, Susel and Cameron Goods both broke free for long touchdowns of 77 and 88 yards, respectively.

If the Yellow Jackets win the rushing battle and free up the passing game for Willard and company, BHSU will be in position to start RMAC play on a positive note.

The Yellow Jackets enter the matchup with the Eagles minus-one in turnover margin. In order to snap its skid against CSC, Black Hills State needs to win the turnover battle against a team with a proclivity to put the ball in danger.

After years of prohibition, boxing gains popularity among women in Libya 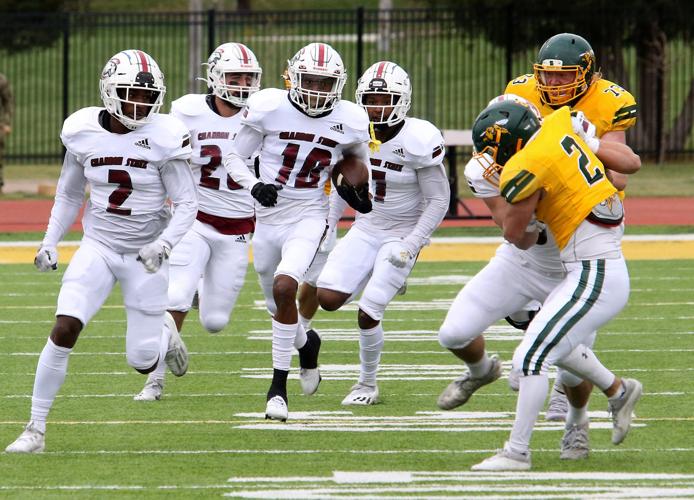 Chadron State defensive back Jahvonte Hair returns an interception into Black Hills State territory in the first quarter on Nov. 13, 2021. 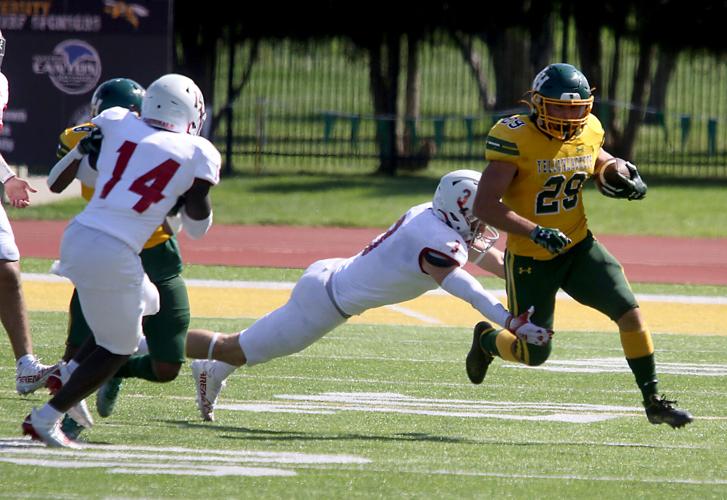 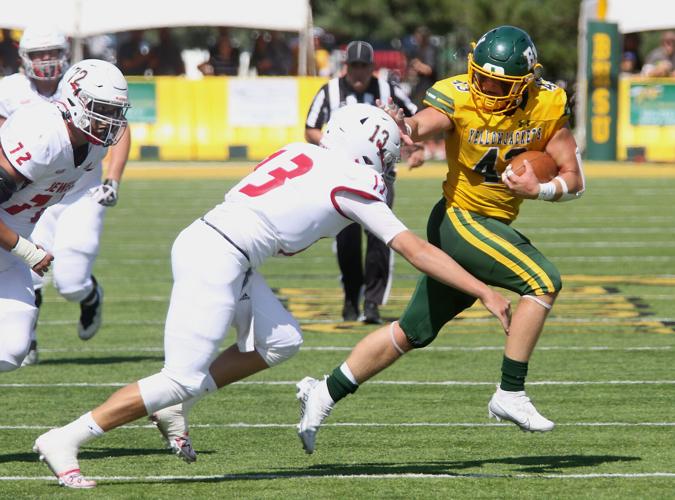 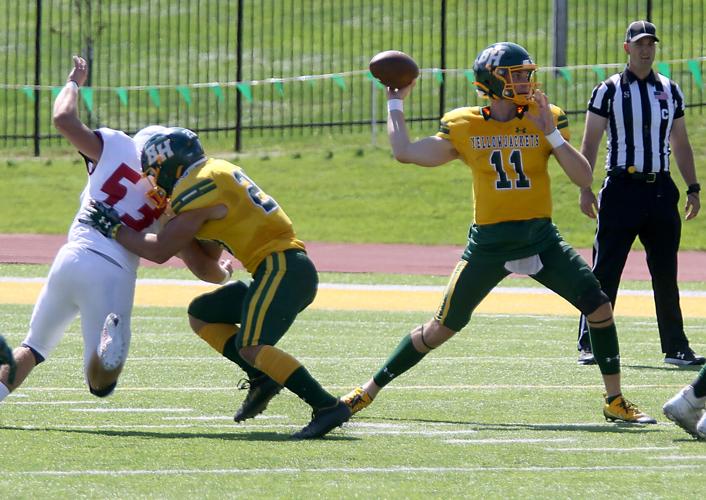 Black Hills State University quarterback Aidan Willard fires a short completion to set up a first down in the Yellow Jackets' 38-19 win over William Jewell Saturday at Lyle Hare Stadium in Spearfish.