South Dakota Mines struggled Saturday in a 27-20 loss to Truman State on Saturday at O’Harra Stadium.

The Hardrockers fell behind 13-0 to the Bulldogs with 9:21 left in the first quarter and, despite their best efforts, never overcame the early deficit.

The Hardrockers lost to the Bulldogs 27-20 on Saturday, while the Mavericks enjoyed a week off after opening the season with a 37-14 win over William Jewell on Sept. 1.

Colorado Mesa will play its first game in 16 days and its second game of the season against SD Mines on Saturday.

Against William Jewell, Mesa racked up 399 yards of total offense and held its opponent to 158 yards.

Quarterback Karst Hunter completed 12 of 22 passes for 181 yards and three touchdowns with one interception in Week 1.

Running back Jullen Ison led the way on the ground with 15 carries for 62 yards.

Defensively, the Mavericks forced three five fumbles in their opener and recovered three against the Cardinals. Mesa also racked up seven sacks for 37 yards and 10 tackles for loss for 41 yards in the contest.

Stanley Norman led the way in tackles with seven and five solo tackles for Mesa. He also recorded one pass breakup.

Through two weeks of the season, SD Mines established itself as a passing team in terms of offensive productivity.

Quarterback Jayden Johannsen has completed 36 of 53 passes for 608 yards, four touchdowns and just one interception on the season.

His primary targets are Jeremiah Bridges and Isaiah Eastman who have caught 14 passes for 298 yards and 15 passes for 220 yards, respectively, each wide receiver has three touchdown catches.

Through two games, Mines opponents have averaged 330 yards of total offense and outgained the Hardrockers on the ground by an average of 23 yards per game.

Casey Knutsen is leading the way for Mines on defense with 17 total tackles and 13 solo tackles.

The Hardrockers fell into a hole early against the Bulldogs last week. If Mines allows Mesa to start strong it could be a long night in Grand Junction, Colorado.

Turnovers have been an issue for Mines. The Hardrockers have turned the ball over five times on the year and have yet to force a turnover on defense.

SD Mines needs to force its first turnover on Saturday and get back on track in turnover margin to knock off Colorado Mesa.

Kickoff between the Hardrockers and Mavericks is set for 1 p.m. Saturday at Stocker Stadium in Grand Junction, Colorado. 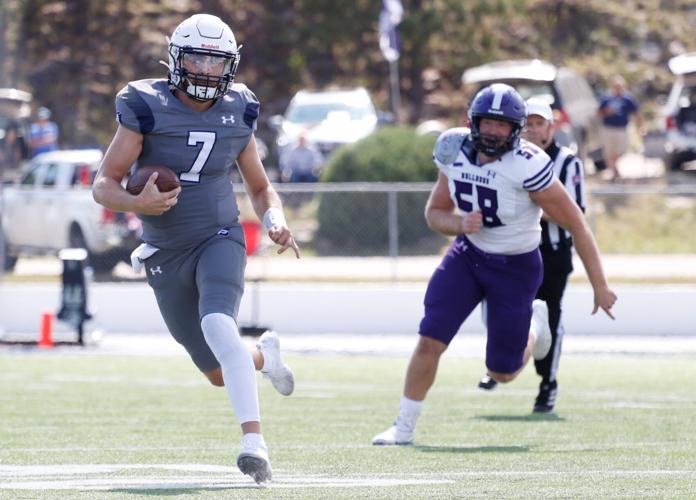 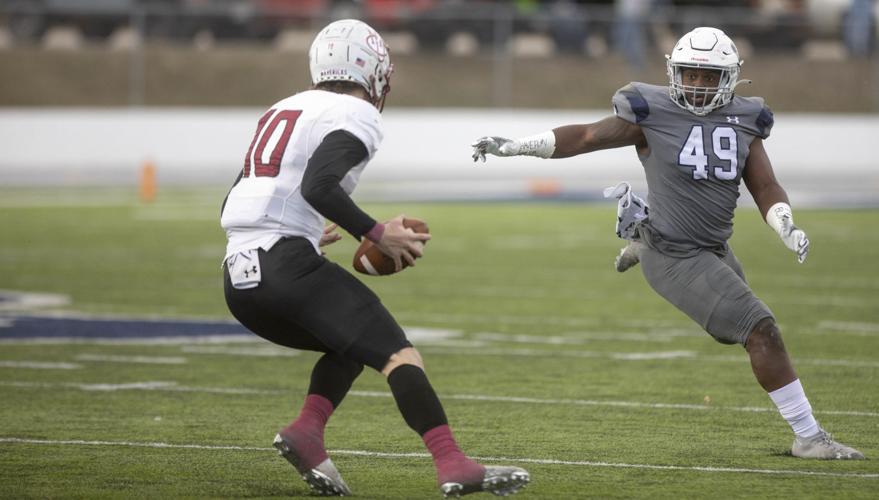 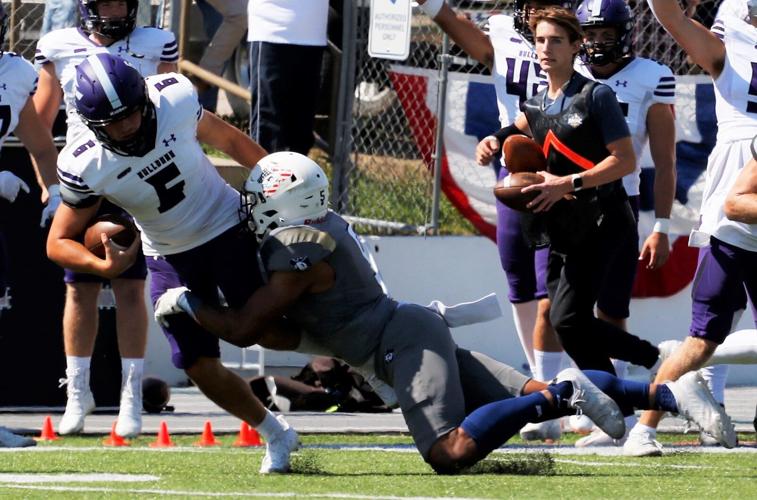 Hardrocker Kendahl Johnson pulls down Bulldog Chad Briden in the first quarter of the game Saturday afternoon at Dunham Field at O'Harra Stadium.