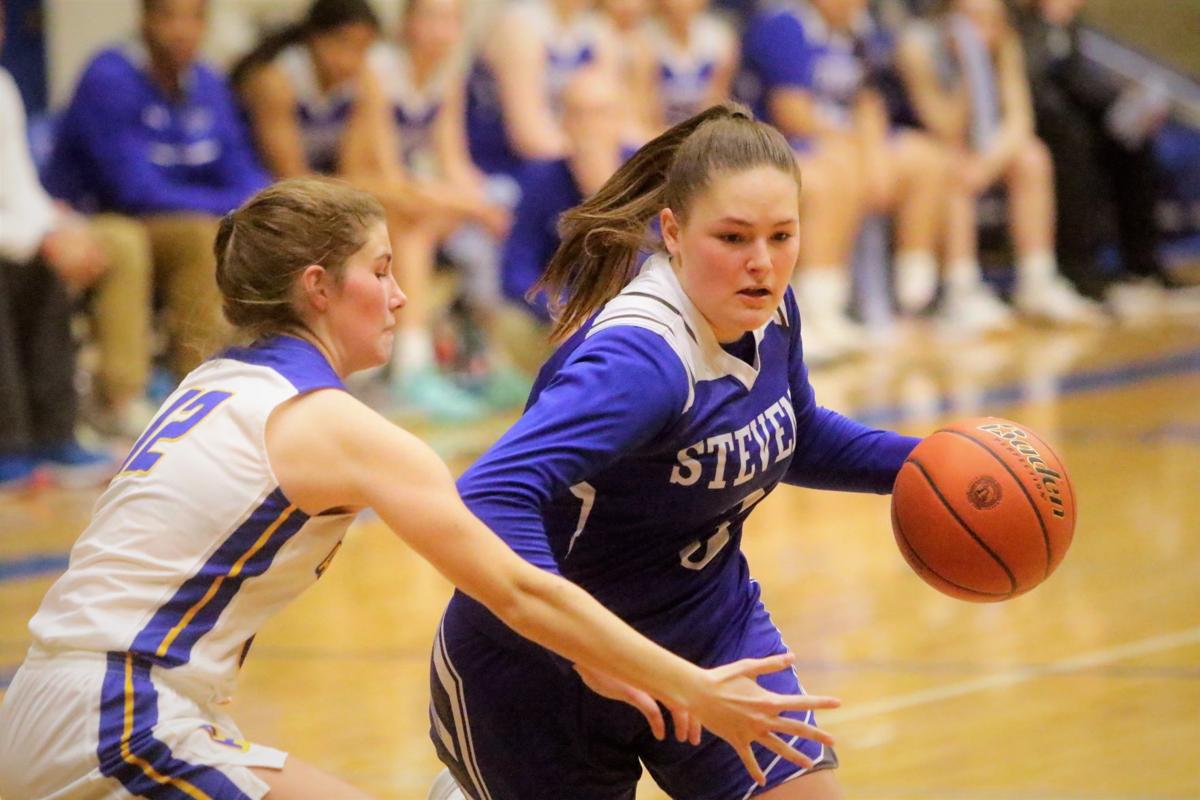 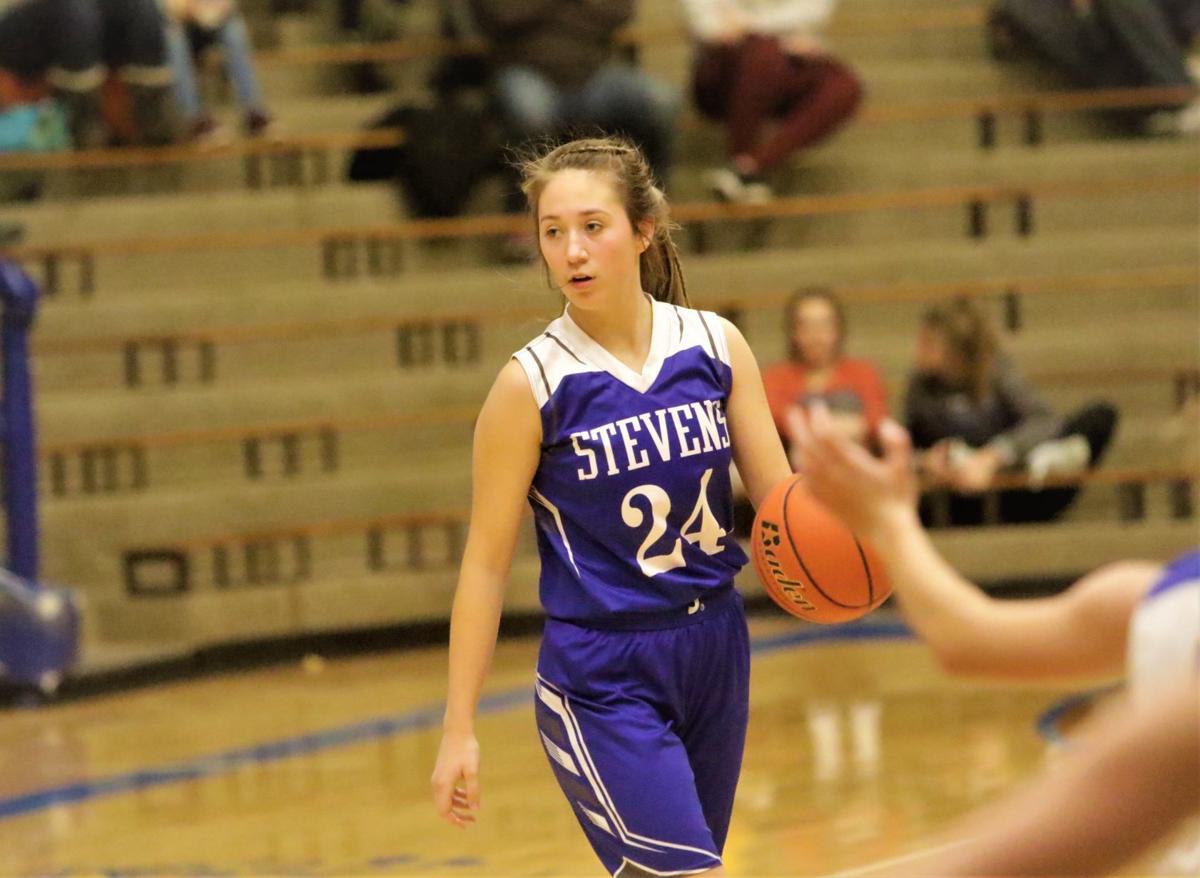 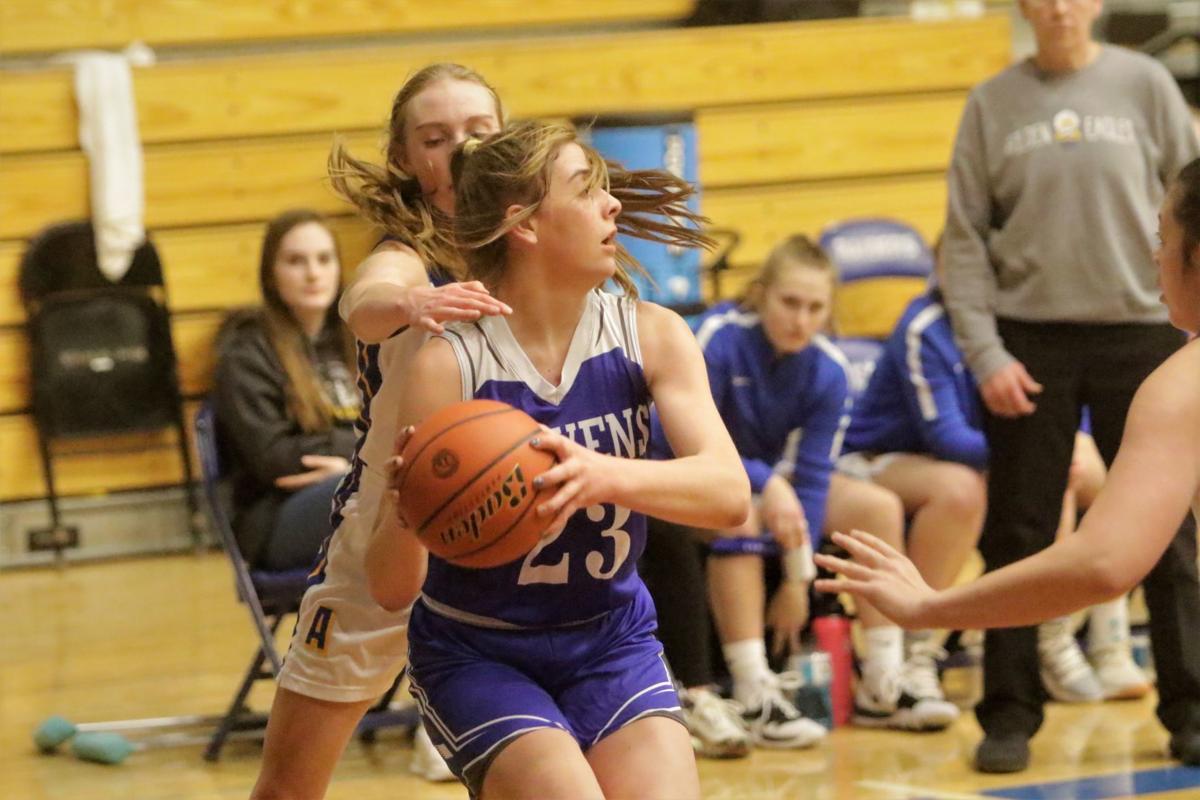 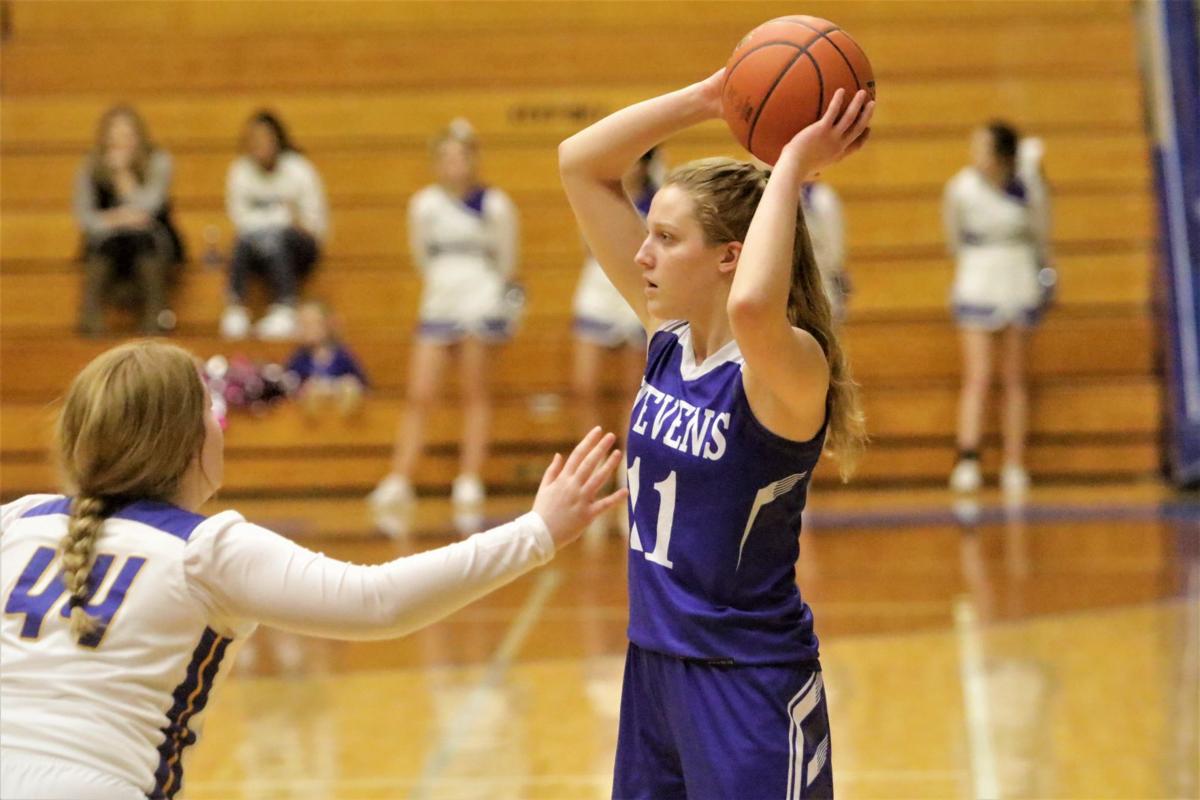 The unbeaten and No. 2 ranked Raiders jumped out to a 20-5 first-quarter lead, but only scored 26 points the rest of the way in the 46-30 victory over Aberdeen Central Saturday afternoon at Carold Heier Gymnasium.

The Stevens press was its usual harassing self, forcing several Golden Eagles' turnovers and turning them into points, prompting Aberdeen Central coach Dawn Seiler to call two quick timeouts in about one minute to try to offset a 15-point deficit.

But cold shooting and foul trouble forced Raider coach Travis Swartz to back off with the press, and Aberdeen Central hung with Stevens the rest of the way.

"When we don't score and can't get set up in that press, we have to adjust. We got in foul trouble again," he said. "They (Aberdeen Central) are a good team. They play a style that we don't see a whole lot. They made us do some things we don't typically do."

Stevens junior Grace Ellis, who led the Raiders with 15 points, said once again they did a good job of pressing, but got in foul trouble doing so.

"I think we had to back off a little bit. But our press was really good," she said. "I think we play really good together, and that helps us with the good starts."

A 3-pointer and steal and layup by senior Kyah Watson, followed by baskets by Ellis, Grace Martin and Bailee Sobczak put the Raiders up 20-3 before the Golden Eagles ended the 11-0 run with a basket to close the quarter.

Stevens got just a free throw by Sobczak and a basket by Ellis in the first four minutes of the second and scored five points overall for a 25-17 halftime lead.

The Raiders rebounded some in the third and clamped down defensively once again, outscoring Aberdeen 13-4 with Ellis scoring six points to lead the way.

The Golden Eagles, 3-3, never threatened again as the Raiders led by as much as 19 points early in the fourth before both teams emptied their benches in the final couple of minutes. Melanie Jacobs led Aberdeen Central with nine points and Brooklyn Kusler added eight points.

"I told the girls in the locker room that you have to find different ways to win basketball games," Swartz said. "When we are not able to get up and pressure like we do, it is nice to play a half-court game to see areas where we need to get better at. And one of them being is executing in the half court."

The Raiders had another balanced attack with Ellis leading the way, while Watson added nine points, eight rebounds and eight assists. Kenadi Rising chipped in with eight points.

Ellis said they need to work hard this week on execution and keeping out of foul trouble. If they do, their press will be back to normal.

"I think we need to work on (not) fouling because we have to sit people for a while," Ellis said. "But when we get our defense set, especially in the half court, we'll be even better than we are now."

Swartz said that Saturday's game taught them that they have to match teams' physicality, and they'll go back to the drawing board this week and hone in on executing their half-court game.

"There's no secrets in AA basketball," he said. "You pack it in like Aberdeen did to us, we have to find our kids better ways to get better shots. That's on us as coaches, figuring out ways to get these kids ways to execute against different zones and defenses.

"But I was proud of our kids, they battle and they fight and they fight. You get up big and you get worried that they will let down. They just continue to come back and fight and that is fun. We're halfway through the year, almost, and we like the way we are headed."

The Brookings Rangers took a pair of weekend games from the Rushmore Thunder, posting a 10-2 victory on Saturday and following up with an 11-2…