Become a Member
Read Today's E-edition
Share This
Ross leads No. 1 Tigers past Raiders
Share this
1 of 5 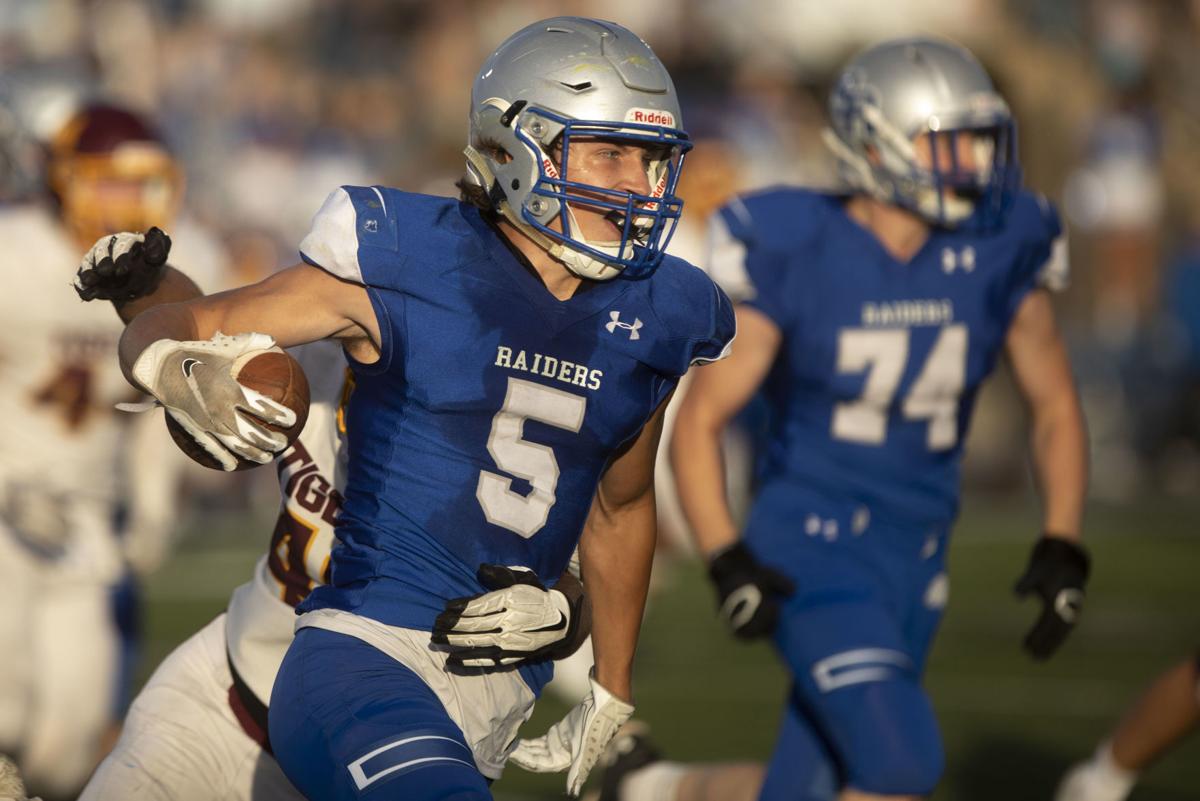 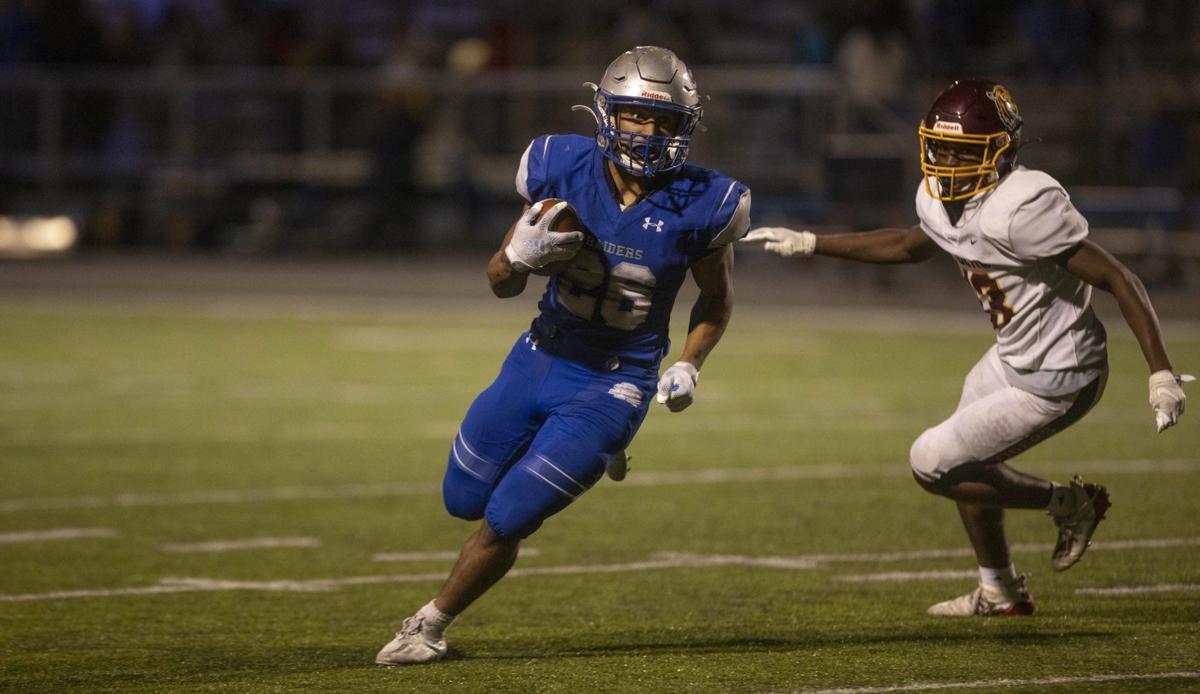 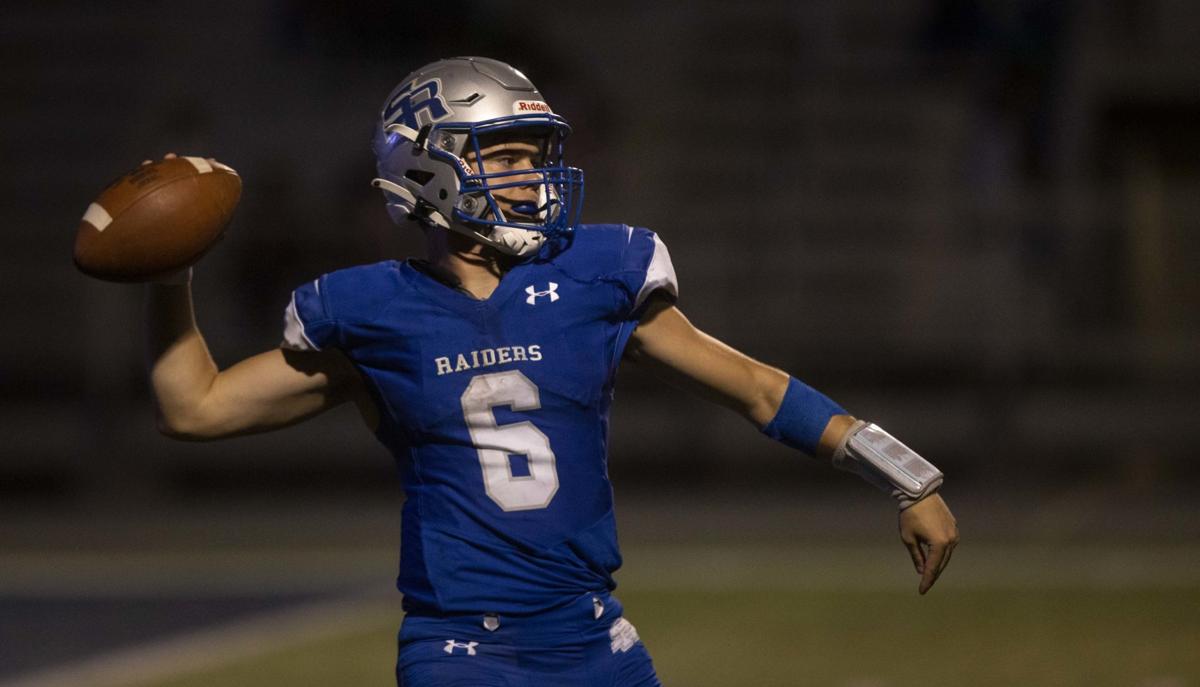 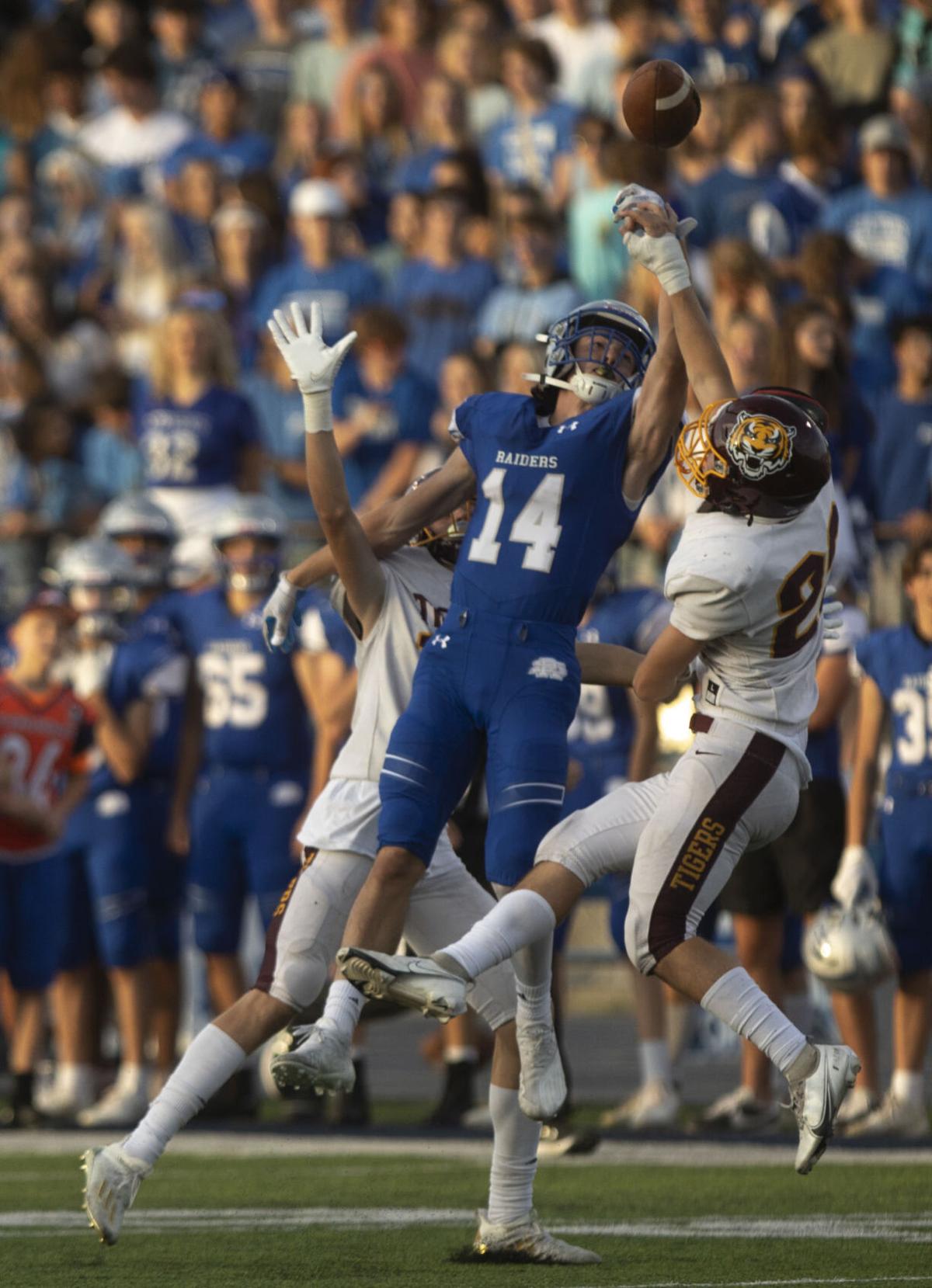 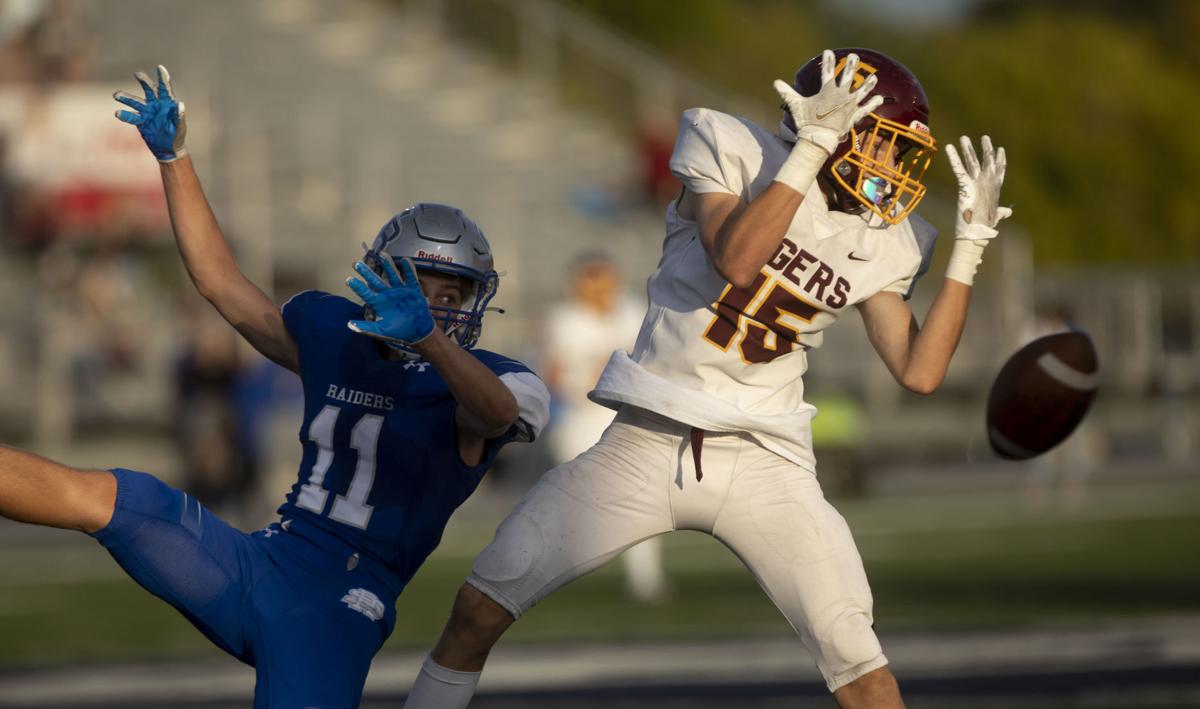 Harrisburg running back Gavin Ross stacked up 244 all-purpose yards and scored three touchdowns to lead the top-ranked Tigers to a 49-25 win over feisty Rapid City Stevens on Friday night as O’Harra Stadium to spoil homecoming festivities for the Raiders.

Many expected to watch Harrisburg quarterback Jacob Knuth to lead the Tigers to their sixth win of the season. Knuth, who signed to play college ball at the University of Minnesota, had a fairly pedestrian night, throwing for 109 yards and three TDs.

Instead, it was Ross who put up the gawdy numbers.

Harrisburg’s junior tailback had 19 carries for 139 yards in the second half on his way to 27 rushes for 195 yards and two scores. He added three catches for 49 yards, including a nifty catch-and-run on a screen pass that ended in a 22-yard touchdown.

“We’re kind of a three-headed monster with our screen game, the pass game and run game,” Tiger head coach Brandon White said. “It's kind of fun.”

“He's a dude,” Stevens coach Michael Scott said of Ross. “You just look at his build, you can tell that's a kid who’s been in the weight room. And as the game progressed – if you look at the first half, you didn't have any overly big runs — but in the second half he got stronger.”

Not that the Raiders didn’t have their game going on early Friday against the Tigers.

Over the opening two quarters, Stevens proved sometimes a team’s offense can be its best defense. Stevens ran 40 plays from scrimmage during the opening half to 27 for Harrisburg. Stevens held an edge in total yardage, too, out-gaining Harrisburg 217 to 167 and kept Knuth and company on the sidelines for a big chunk of the first half.

Problem was, the Tigers sacked Raider quarterback Jed Jenson five times over the first two quarters, stopping drives as they got sacks. Add in a couple turnovers, including one for a touchdown on a high snap as Stevens went to punt, and the Raiders went to half down 21-10.

Then down and distance worked against Stevens in the second half. Penalties left the Raiders with long yardage to gain a first down. Scott lamented how the flags kept the Raiders from building momentum on offense in the third quarter.

“We got a couple of bad breaks there with some of the penalties,” Scott said. “We’d have big plays that got called back because of that. As a football team, we've got to be able to figure out a way to not make so many mistakes.”

White felt the game swung on Harrisburg’s defensive efforts to start the second half. Stevens drove the ball to midfield, but Ayden Viox sacked Jenson on back-to-back plays to push the Raiders back to their 31-yard line and force a punt. The Tigers took possession near midfield and went right down and scored a TD.

“Ayden is a heck of a football player, and he came up with some really big sacks,” White said. “We knew if we could get four-man pressures that we could able to drop some linebackers into coverage and make it difficult on them.”

Relying on Ross, Harrisburg leaned on its ground game and that gave the Tigers control of the ball and, eventually, the game.

Jenson finished 19 of 32 passing for 345 yards and two TDs. Running back Uriah Glynn carried the ball 17 times for 76 yards and added four catches for 41 yards. He scored the game’s final touchdown on a 4-yard run.

“We played solid, a decent game,” Scott said. “We just have to minimize on the mental mistakes that we're making out there.

“Last year we struggled to get the football in the end zone or in the red zone. And I think we're just now starting to show that, hey, we have the weapons, and we can score with teams.”

Stevens (2-4) takes to the road for a game Friday at Sioux Falls O’Gorman. Harrisburg (6-0) hosts Rapid City Central. Both games kick off at 6 p.m. MT.

NAIROBI, Kenya (AP) — The husband of Olympic runner Agnes Tirop has been arrested and will be charged with her murder after Kenyan police laun…

Column: Dodgers were finished until epic Game 3 comeback. Now it’s the Braves who are done

The South Dakota Mines soccer team lost a heart-breaker 1-0 to the Cougars of Colorado Christian University in Lakewood Sunday afternoon.

Allie Quigley scored 26 points as Chicago won its first WNBA championship with an 80-74 victory over the Phoenix Mercury on Sunday.

The drip-drip of the hundreds of thousands of Washington Football Team emails into the public eye continued Tuesday night.

Gerrit Cole and Yankees go out with a whimper, lose to Red Sox in AL Wild Card game as season ends

It was his biggest Yankee moment yet and Gerrit Cole came up small.

The second night of the Badlands Circuit Finals Rodeo took place on Sat., Oct. 9, with winners in each event one step closer to claiming the t…

Who should take over at LSU?

Who should take over at LSU?