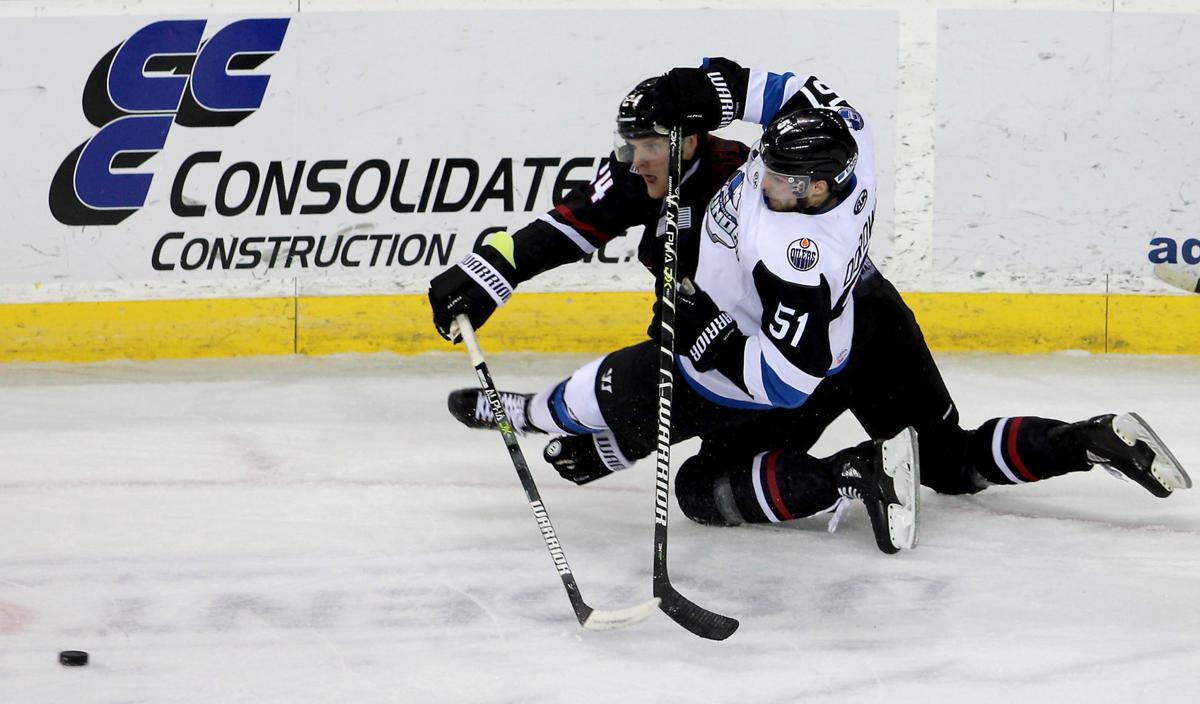 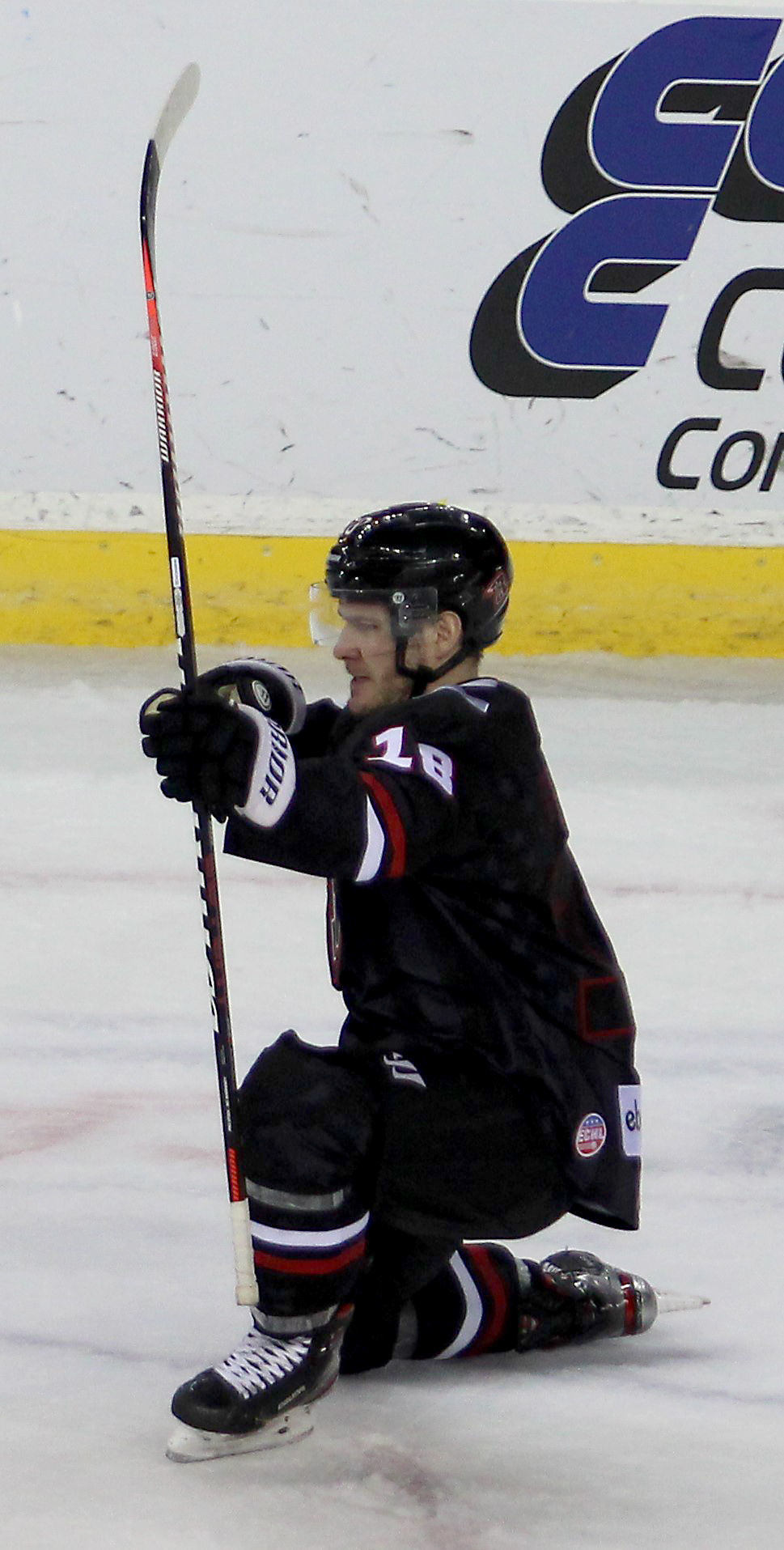 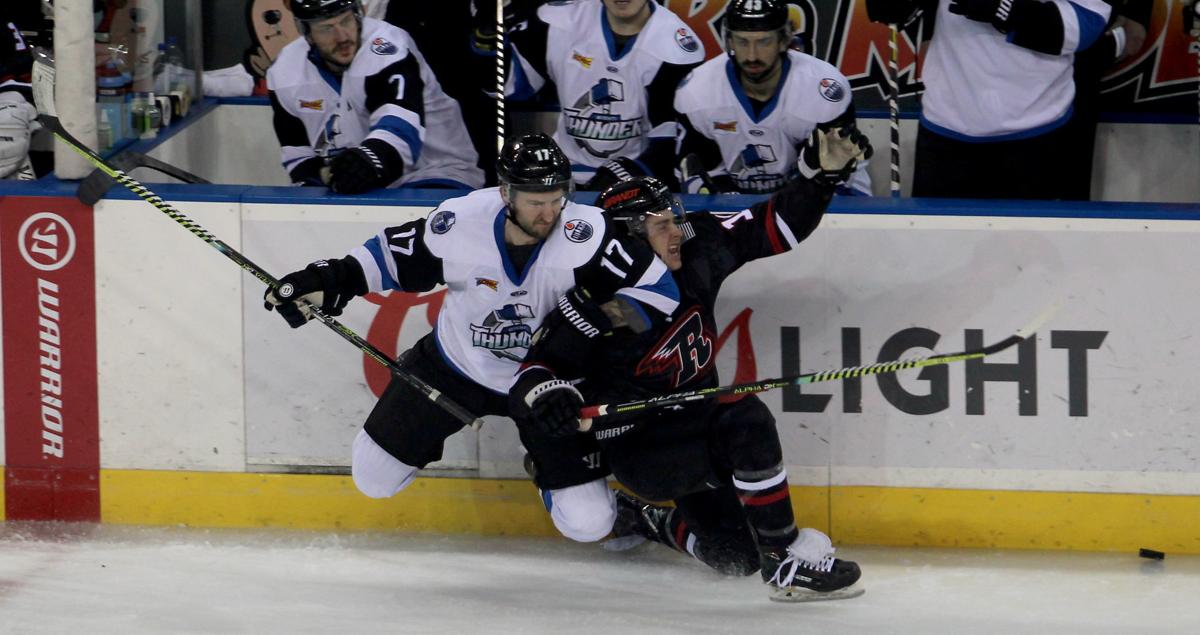 The encounter between the two teams currently jockeying for the fourth and final playoff spot in the Mountain Division had all the excitement of a playoff game with the Rush seeing a 3-2 lead disappear in the last second of regulation, and then bouncing back to capture the overtime thriller 4-3 on a Ryker Killins power-play goal (his fourth of the season), assisted by Stephane Legault and Eric Israel with 1:47 remaining in the overtime period.

“We got the power-play opportunity and Eric made a great play and he put it right in my wheel house, and I’ve been working on my one-timer,” said Killins, who after a long scoring drought has scored three goals in the last five games. “Coach has been after me to shoot more, and I’ve been doing that lately and they started going in. And we did a good job moving the puck and setting up opportunities on the power play tonight.”

For 59 minutes and 59.4 seconds, the Rush appeared on their way to a 3-2 win. And then seeming disaster struck as following a scrum in front of the net, Wichita tallied the equalizer with .6 left on the clock

The significance of the Rush win on the opening night of Military Appreciation Weekend, the third-place Rush (24-16-3-0, 49 points) extended their lead over the fourth-place Thunder (18-20-8-0) to five points with three games in hand.

Goals by Tyler Poulson (ninth goal of the season on a Rush power play) and Israel’s second period, goal, the first goal of the defenseman’s professional career, had given the Rush a 2-0 lead in the second period. Poulsen and Darian Romanko assisted on the goal.

The two-goal cushion was short-lived as Wichita’s Beau Starrett responded with his 14th goal of the season.

The Rush responded with a power play restoring the two-goal advantage when defenseman Jalen Smereck, who quarterbacked the Rush power-play unit on the night, drilled a slap shot from the right point. The goal was Smereck’s second goal in his nine appearances in a Rush uniform. Keeghan Howdeshell (13th) and Cedric Montminy (5th) earned helpers.

The 3-1 advantage through two periods was greatly aided by stellar play between the posts by net-minder Parks, who returned to the Rush earlier in the week after posting an AHL win with Tucson on a recent call-up.

The Rapid lead through two periods appeared a good omen as the Rush are unbeaten at the Ice Arena this season while Wichita had not won a game when trailing after two.

Nonetheless, Wichita made it interesting closing to a goal at 3-2 on a Beau Starrett’s goal with 8:50 remaining, and then sending the game to overtime with Peter Crinella’s goal in the final second setting up the crowd-pleasing finish.

“It was disappointing to give up the lead like that, but that’s hockey,” Rush coach Danny Tetrault said. “I just told the guys to keep composure and let’s go win it in overtime. And we got the extra point and the key, and the fans got their money’s worth. I thought we played well overall and Parks was outstanding tonight with a lot of big saves. It was a team effort and every game is huge from here on in.”

The two teams meet in the second of the three-game series on Saturday with the puck drop scheduled for 7:05 p.m.

Talk to any basketball coach and they’ll tell you they want their team playing its best basketball at the end of the season.