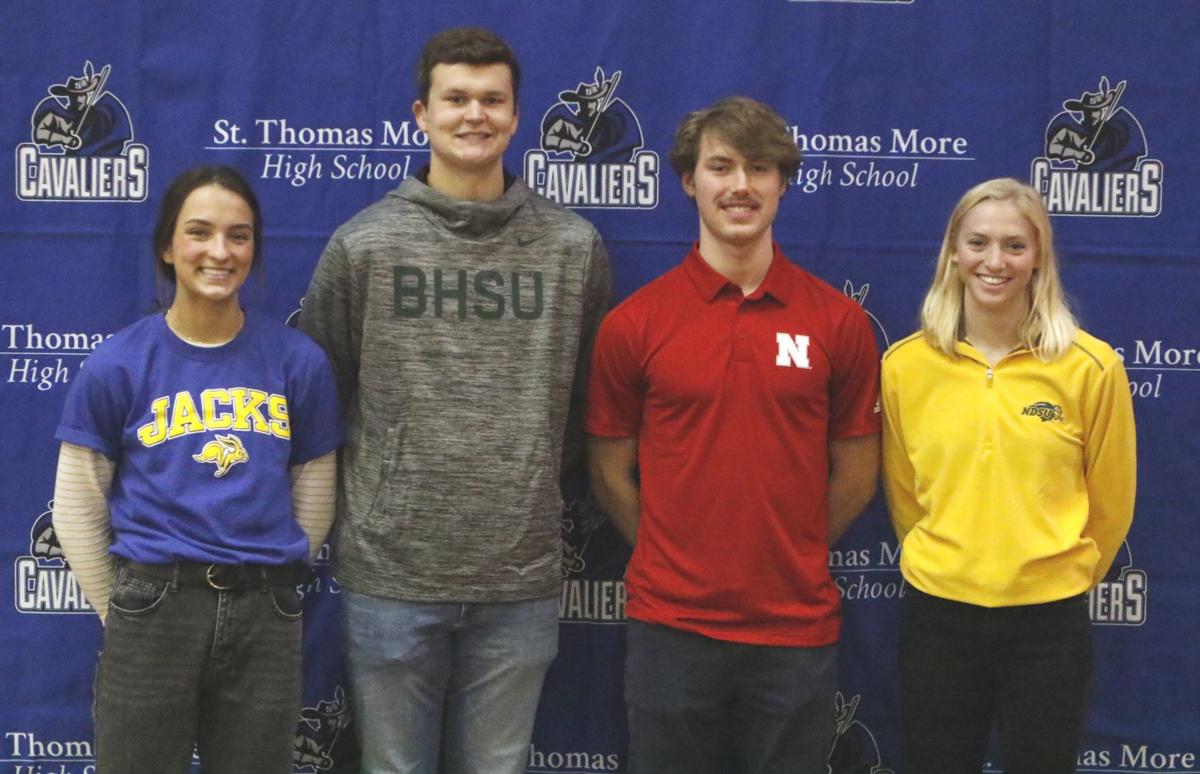 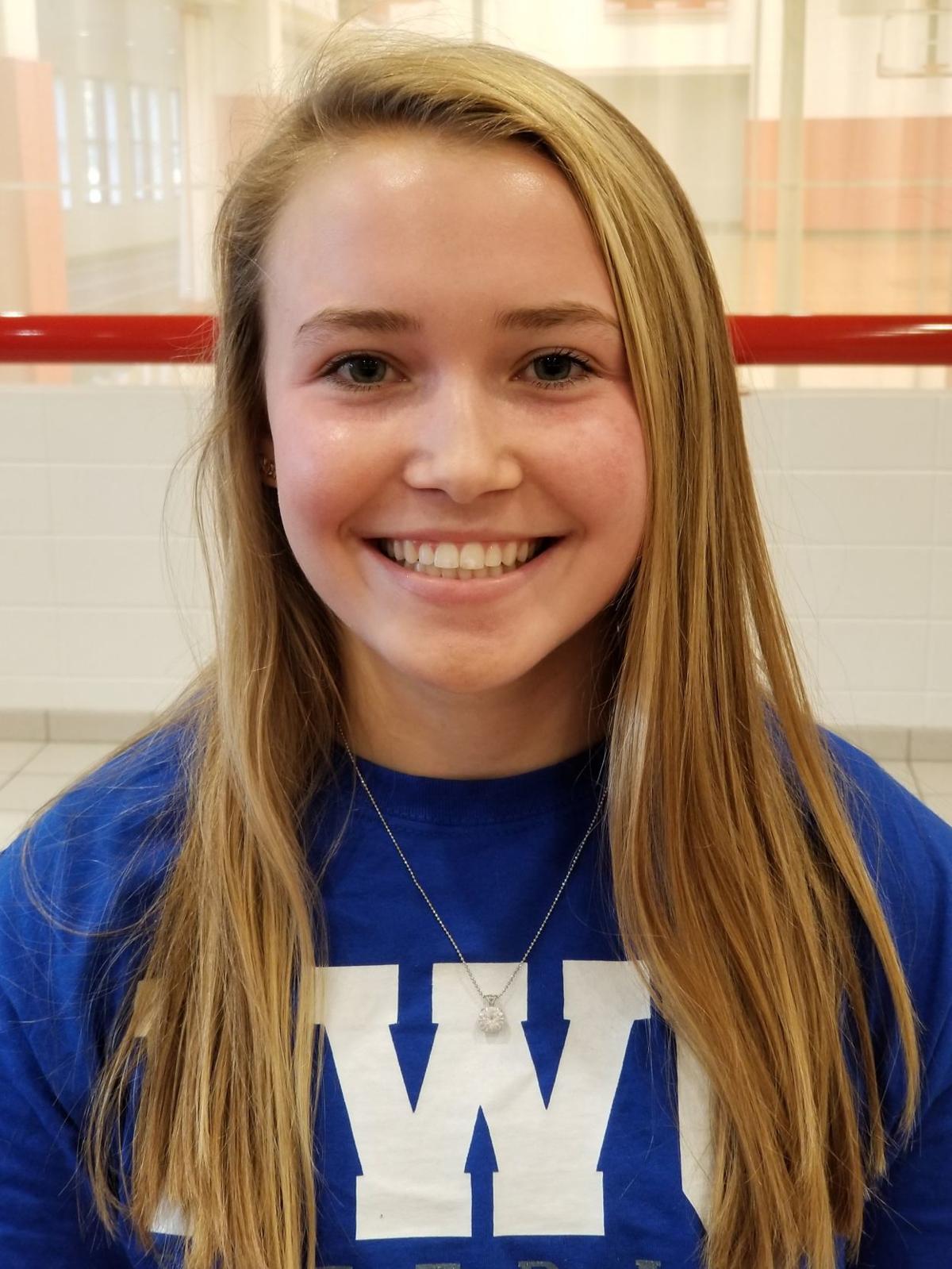 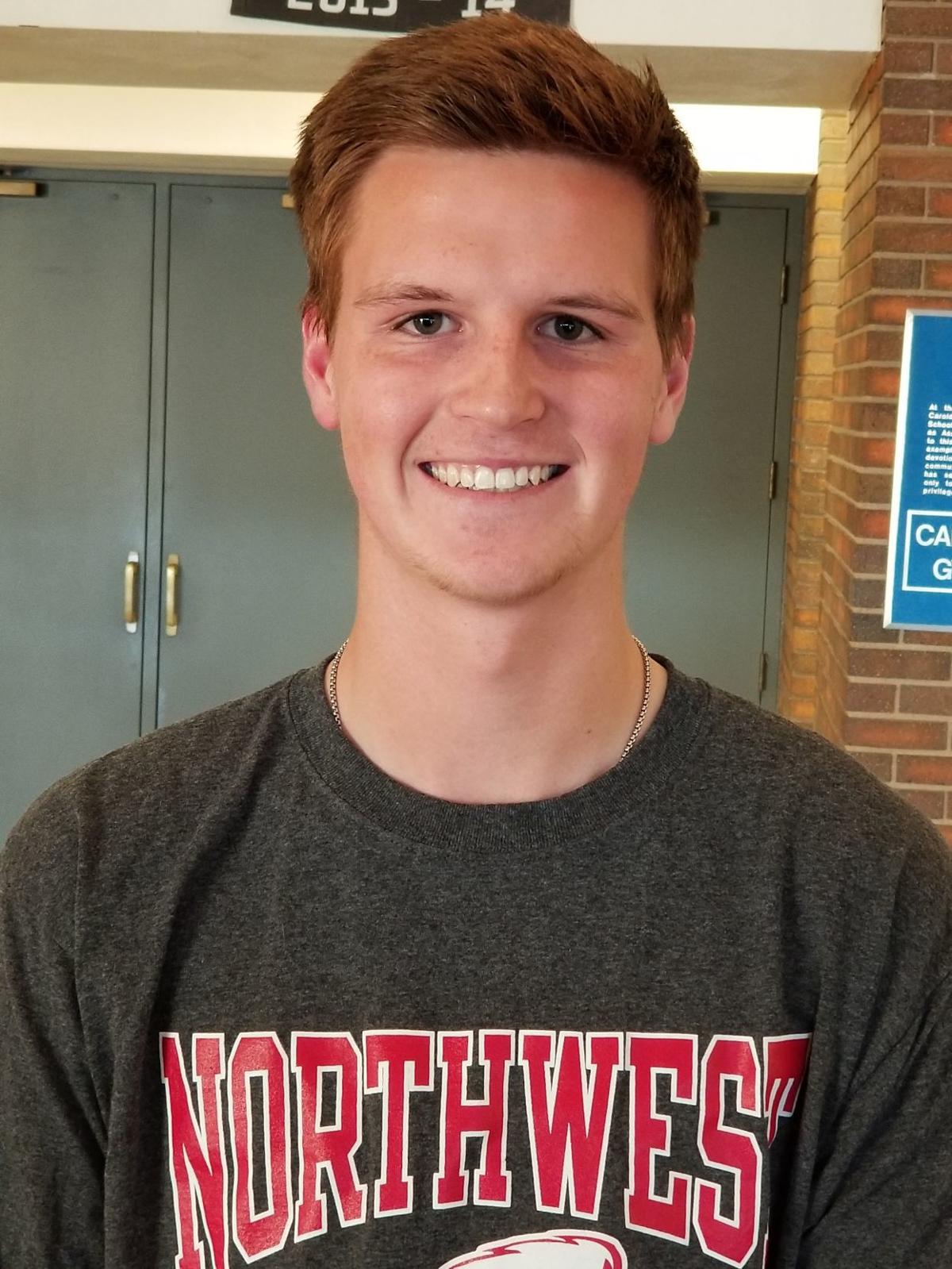 When you dominate the boys' and girls' state title scene in track and field as do the St. Thomas More teams, it is no surprise to send three members of the 2020 team are going on to the Division I level.

Three track and field Cavaliers signed national letters of intent Wednesday at the STM gymnasium, along with a fourth for basketball. The St. Thomas More girls have won five straight state titles and six out of the last seven, while the Cavalier boys have won two straight and four of the last five.

One Rapid City Stevens Raider and one Rapid City Central Cobbler also signed letters of intent Wednesday in ceremonies at their respective schools.

Also signing was Chris Bauer of Stevens at Northwest College for soccer and Alyssa Burke of Central at Dakota Wesleyan for softball.

Hyde said overall it was an easy and good decision for him to become a Cornhusker.

Hyde will leave St. Thomas More a highly decorated sprinter, as he has placed individually at the state meet six times and five times in relays. He won the 200 in last season's state meet and holds school records in the 200, 400 and as part of the 4X200 relay.

"I was hoping to go D-1 for sure, just to get all of the competition I can get," he said. "I think I will learn a lot from it on and off the track. There are a lot of lessons to learn. I am excited."

He is happy now to have his college decision behind him.

"I really wanted to get it over with before the season so I didn't have to worry about it. It's nice to over with," he said.

He is undecided on a major.

Volleyball's loss is track and field's gain for Benson, who will use her multi-sport ability to compete in the heptathlon for the Jackrabbits.

"I always wanted to be a volleyball player, but I'm not really tall enough," said Benson with a grin.

She began working on the heptathlon this past summer as it is not an event that is held in state high school meets.

"Being a multi-sport athlete all through high school helped me to be able to use my athleticism in heptathlons and be able to do all different events," she said. "It was definitely a challenge at first, and it still is, and I am excited to keep working on it. It will be fun."

Benson was a three-time All Black Hills Conference performer in volleyball and honorable mention in conference as a junior. On the track, she placed fifth in both the 100 and 200 at state last season and has been a part of three state championships in the 4X100 and 4X200.

She said South Dakota State just felt like home on her visit.

"I felt comfortable there. The people there are awesome. I just fell in love with it there," she said. "It will be a challenge, but I am excited for that challenge. Just to improve in my athletic abilities and just to get to the best I can be there."

She indicated that she plans to study exercise science.

Cooper decided she wanted to follow in her older brother's footsteps as a Division I athlete, and she will get her chance at North Dakota State.

"It is definitely a scary commitment to think about, but once my brother (Jay Cooper, South Dakota) went to the Division I level, it kind of inspired me to follow in his steps and do my best to get there and see what I can do in that competition," she said.

Cooper said she had other schools to choose from with similar aspects, but NDSU stood out towards the end of her visit.

"When I went to North Dakota State, it felt right to me," she said. "The coaching staff for the track team really welcomed me in. They made me feel at home."

She said the NDSU coaches want her to concentrate in the 400 and 800, and maybe try some new events. She said she is not going to compete in cross country, despite being a five-time state placer in the sport in high school.

She is a seven-time state placer in track for the Cavaliers, winning state titles last season in the 400 and 800.

Another muti-sports star for STM (volleyball and basketball), she said she'll work on her preparation before she goes to Fargo.

"I guess I'll be preparing for that competition and helping myself manage my time better to help deal with college athletics and academics," she said.

She plans to major in dietetics and nutrition.

Kirsch, who has also been one of the top quarterbacks in the region and the state the past couple of seasons, turned to basketball because of Black Hills State coach Ryan Thompson and his staff.

"At the start of this recruiting process, I had a good feel about Coach Thompson and the rest of the coaching staff," Kirsch said. "I just felt really comfortable around them, they are all really good people. I just felt that Black Hills State would be a really good fit for me.

"It was a pretty tough decision, but Black Hills State was the first basketball program to get in touch with me, and I just felt they truly wanted me," he added.

Kirsch, at 6-foot-6, is a three-year starter for the Cavaliers on the hardwood and has led the team in scoring the past two seasons and in rebounding as a junior. He was All-Black Hills Conference his sophomore and junior seasons and named to both the All-Class A State Tournament team his junior season as well as the All-State team last season.

"Hopefully I will make somewhat of an impact my freshman year, and I think I will be playing a four, or forward position," he said. "I just want to do whatever I can to help the team."

He plans to major in business administration.

Recently voted the most valuable player for the Raiders, Bauer looks to help build a college program in Powell, Wyo.

Bauer said it was a hard decision between Northwest and Sheridan College, but a coaching change at Sheridan pointed him even further west and to Northwest coach Ben McArthur.

"The biggest decision was that Sheridan's coach left and I had Northwest coach's full faith," he said. "His plan is to start me next year, so it should be fun."

Bauer said the biggest change from high school to college soccer will be getting used to the style of play.

"I think I have to talent to hang with them, although they are farther along because they have been there a year or so," he said. "I think it is just catching up with them in practice and holding my own."

Bauer indicated that he will continue to play at the defense position on the college level.

"Their coach has full faith in me playing defense," he said. "He asked if I played other positions and I had played midfield for a while. He likes that I can play two positions but he said, 'Your main position here is going to be defense.'"

He plans to study business.

Burke said she chose DWU because of the atmosphere and the coaches.

"I can tell that they take a lot of pride in their program, and I think it would be awesome program to be a part of," she said.

Burke looks to continue to play in the outfield and pitch. As a Cobbler, she was a three-year team captain, an all-state selection this past season and a two-time all-state tournament pick.

"I'm a little nervous, but I am really excited. I think it will be an easy transition with the coaches and the players. My teammates seem awesome," she said.

Playing college softball has been a dream of hers since she was very young.

"I started playing when I was 4. I didn't know if it would be possible to play in college, but now it is awesome that it is about to become a reality," she said.

She plans to major in pre-medicine.