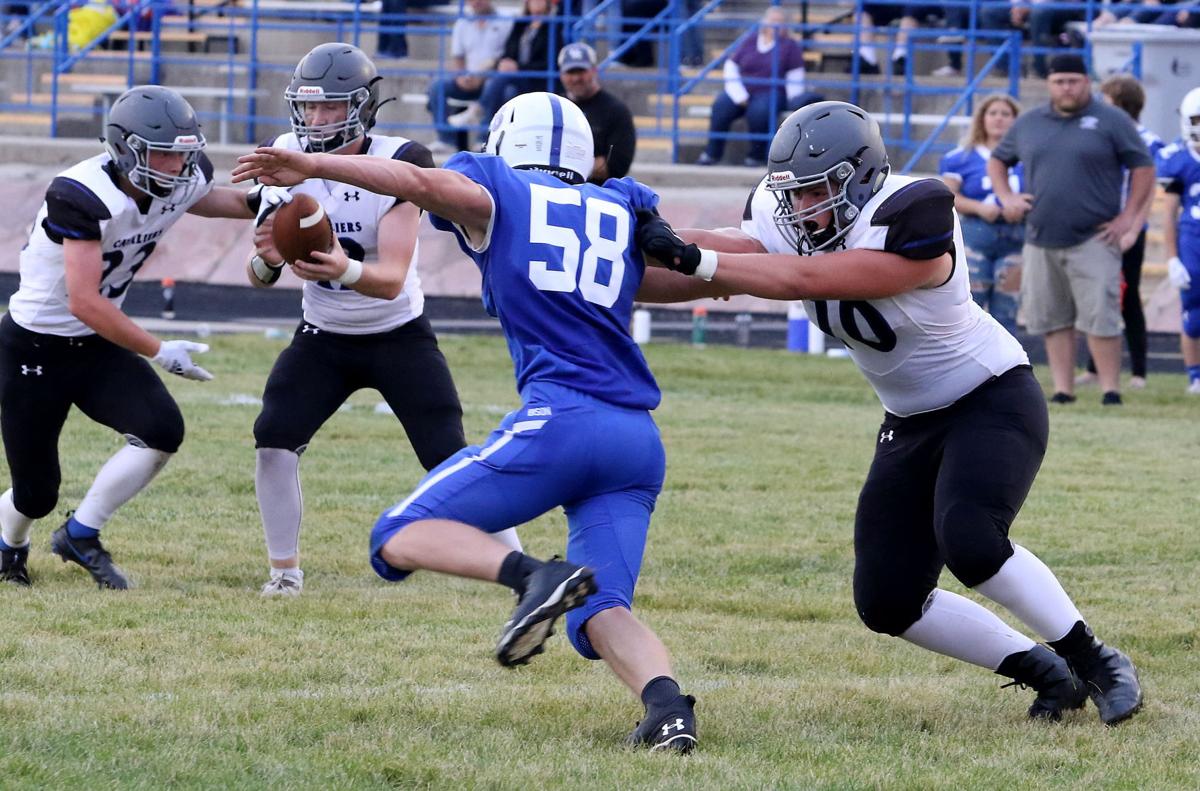 Cavalier senior lineman Logan Hilt helps open a hole for STM running back Kellen Weber who was able to spin and back his way into the end zone for the only points in the first half. 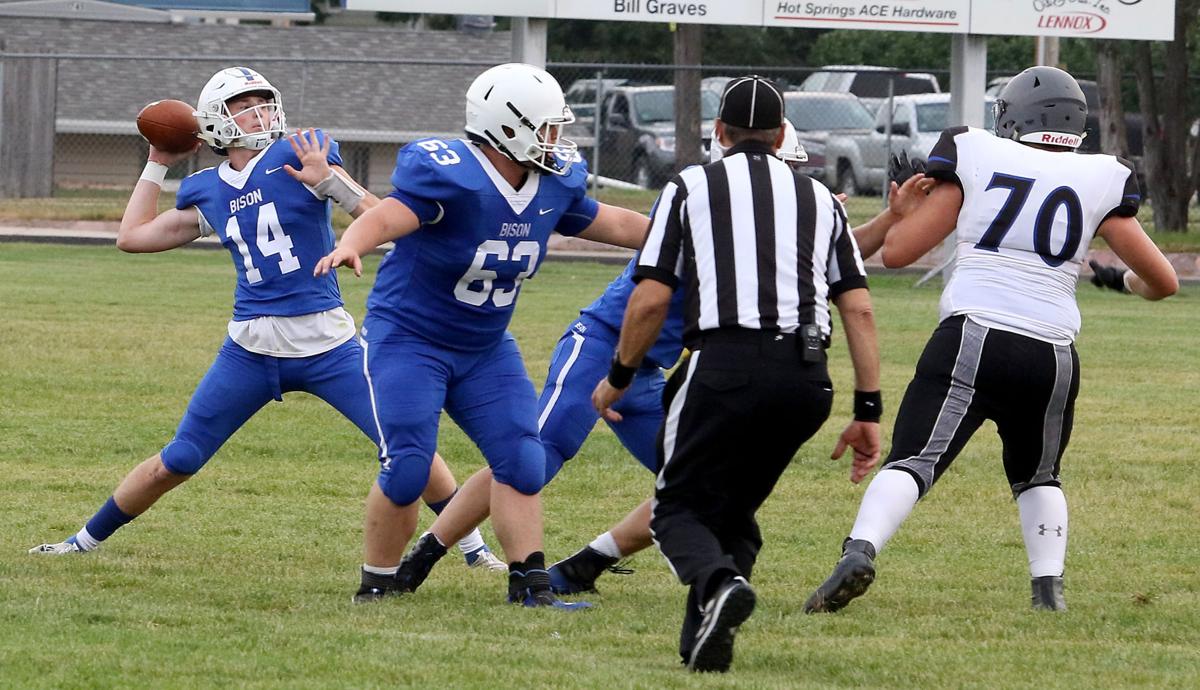 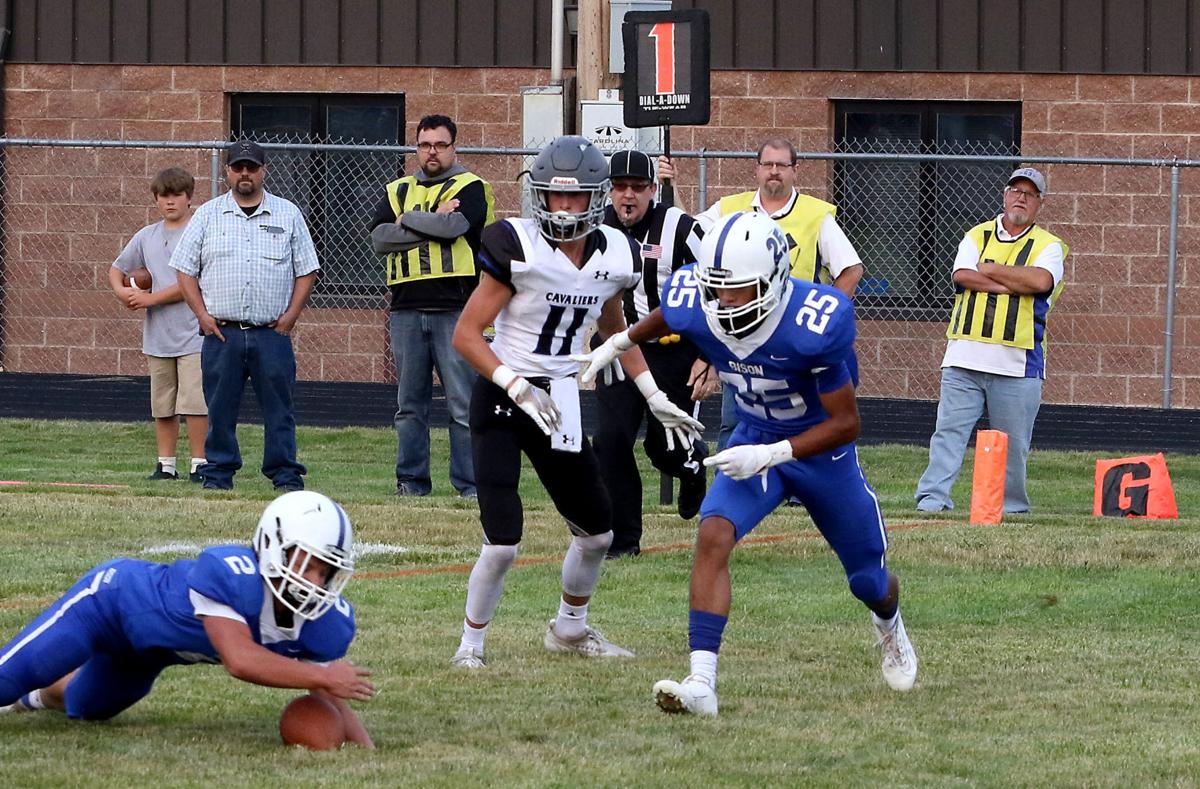 Landon Iverson dives on a St. Thomas More fumble in the end zone to end a Cavalier threat and get the ball back for the Bison in the first quarter Friday night.

It was the first loss of the season for the Bison in three games.

The STM defense was incredibly solid against a Hot Springs team that had beaten its first two opponents by a combined score of 77-0. The Bison didn't record their only first down until the fourth quarter.

"We hang our hats on our defense like I said last week," STM coach Wayne Sullivan said. "Coach (Craig) Nowotny and our defensive coaches, I put them up against anybody. They had them ready."

The Cavaliers needed that defense early in the game. After forcing a punt, STM fumbled on first down to give the ball back to Hot Springs. After forcing another punt, St. Thomas More was driving when a second fumble rolled into the end zone where Landon Iverson recovered it for a touchback for the Bison.

After forcing another punt, the Cavs' offense sputtered, and when a snap sailed over the punter's head, the Bison found themselves in excellent field position. Quarterback Brynn Thompson took a couple of shots at the end zone and one fell perfectly into the arms of Preston Iverson. But defensive back Kellen Weber got his hands between Iverson's arms and Jed Sullivan provided a big hit that popped the ball out as the trio tumbled to the ground.

STM took over on downs at the 21 and finally put a scoring drive together. Matthew Larson made up for two early fumbles with several big runs on the drive and Weber added two big carries to keep the drive alive. A crossing route from Lee Neugebauer to Sullivan put the Cavs in a third and three situation from the Bison seven. Weber found a nice hole and spun backwards and back his way into the end zone to get STM on the board. A J.D. Green extra point kick made the score 7-0 early in the second quarter.

That's where the score would stay into the third quarter when play was called for an hour-long lightning delay. When the teams returned, St. Thomas More's defense got the ball back to the offense and set up another score. After a sack, Neugebauer dropped back again with a screen to Weber set up perfectly. The 23-yard pass was enough to get a first down on a 3rd and 20 play.

Sullivan let the third quarter clock run out and put the ball back in Neugebauer's hands to start the final frame. This time, the STM quarterback threw a nice pass to the corner where Peyton Young seemed to be well-covered. But the ball made it through the defenders and Young hauled it in in the front corner of the end zone. Green came on to make it 14-0 with a quarter to go.

After both teams traded possessions with St. Thomas More working the ground game to run out the clock, Young put the finishing touches on the game with a big interception on a long desperation pass from Thompson.

"Honestly, I like both sides the same," Young said. "We don't have strength in numbers this year, so everybody's just going to have to step in and play both ways whether they like it or not. But I do like playing both ways that keeps me engaged in the game."

Sullivan was very happy with the win Friday night, but he knows his team faces a tough schedule.

"That's what we need if we want to make the playoffs," Sullivan said. "That's why we play the Black Hills Conference. I love playing the bigger schools. It makes us better."

The first game on the tough schedule coming up is No. 1 Winner at home next week.

"As young as we are, if we can just get better week by week — and I know it's a cliche — but we have to," Sullivan said. "That was a very good team we beat tonight. We're going to enjoy this for 24 hours and we're gonna get back to work. Winner at home next week. That'll be a fun one and again, you know, in order to be one of the top notch teams you got to play the best teams like Hot Springs. Now we have Winner. You never want to look ahead but our last five games are a gauntlet."

Are the Green Bay Packers pretenders?

Could Arkansas keep their impressive start going against Texas A&M (-4.5)?

Could Arkansas keep their impressive start going against Texas A&M (-4.5)?

The White Sox are AL Central Champs, but can they make a run?

The White Sox are AL Central Champs, but can they make a run?

The Americans have won back the Ryder Cup, sending a strong message to Europe with a powerful performance from their youngest team in history.

The Minnesota Vikings put together a near-perfect final drive, picking their way down the field while managing the clock so they would get the…

SAN DIEGO (AP) — The Atlanta Braves got a whiff of October in late September.

Brewers hit 3 HRs, get strong outing from Lauer to down Mets

MILWAUKEE (AP) — Christian Yelich hit one of Milwaukee's three home runs and Eric Lauer turned in a much-needed strong start for the Brewers in their 5-1 win over the New York Mets on Friday night. 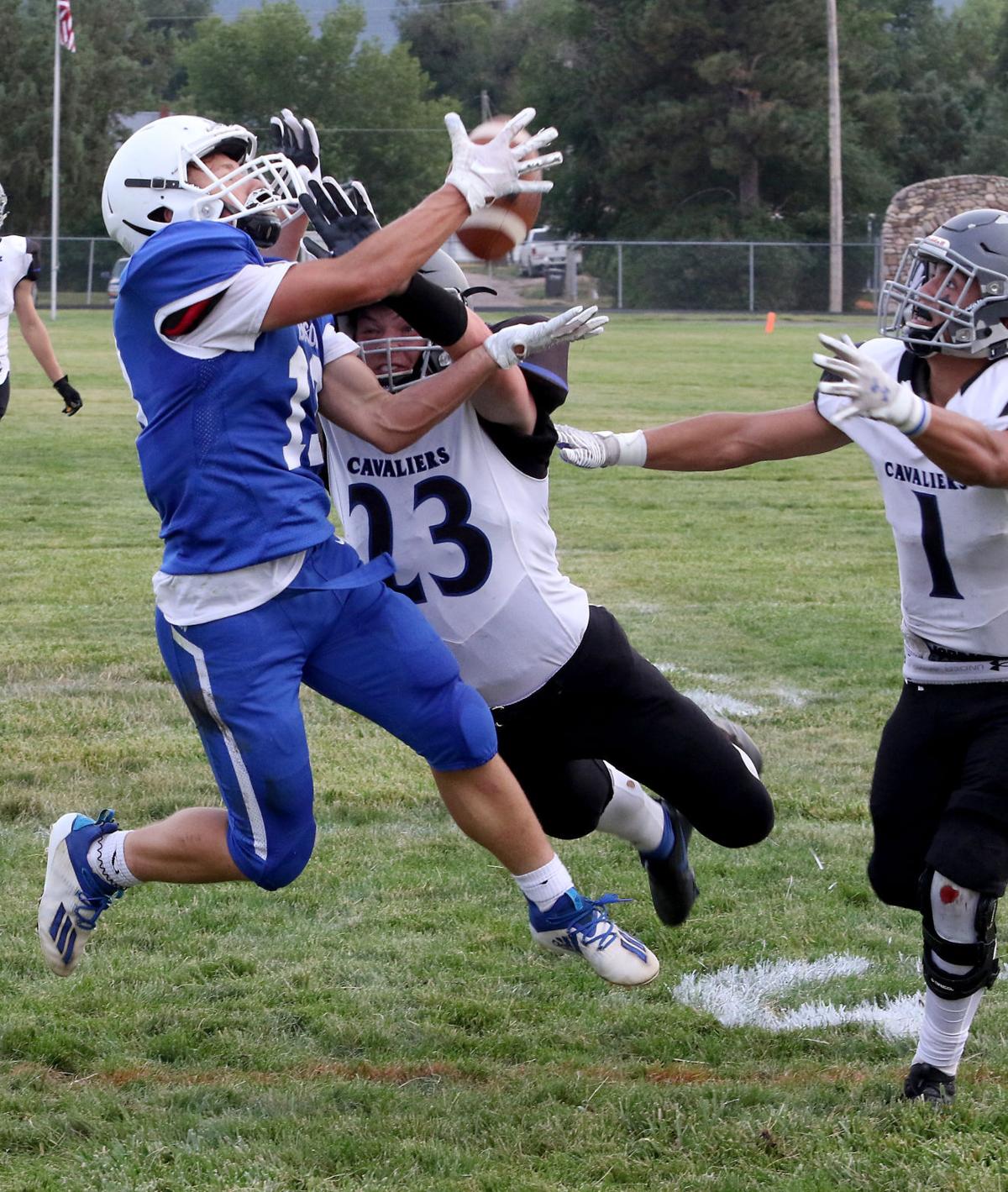 Hot Springs receiver Preston Iverson tries to bring in a Brynn Thompson pass in the end zone but St. Thomas More defensive backs Kellen Weber and Jed Sullivan were able to pry it out of his hands when the three went to the ground.

Cavalier senior lineman Logan Hilt helps open a hole for STM running back Kellen Weber who was able to spin and back his way into the end zone for the only points in the first half.

Landon Iverson dives on a St. Thomas More fumble in the end zone to end a Cavalier threat and get the ball back for the Bison in the first quarter Friday night.