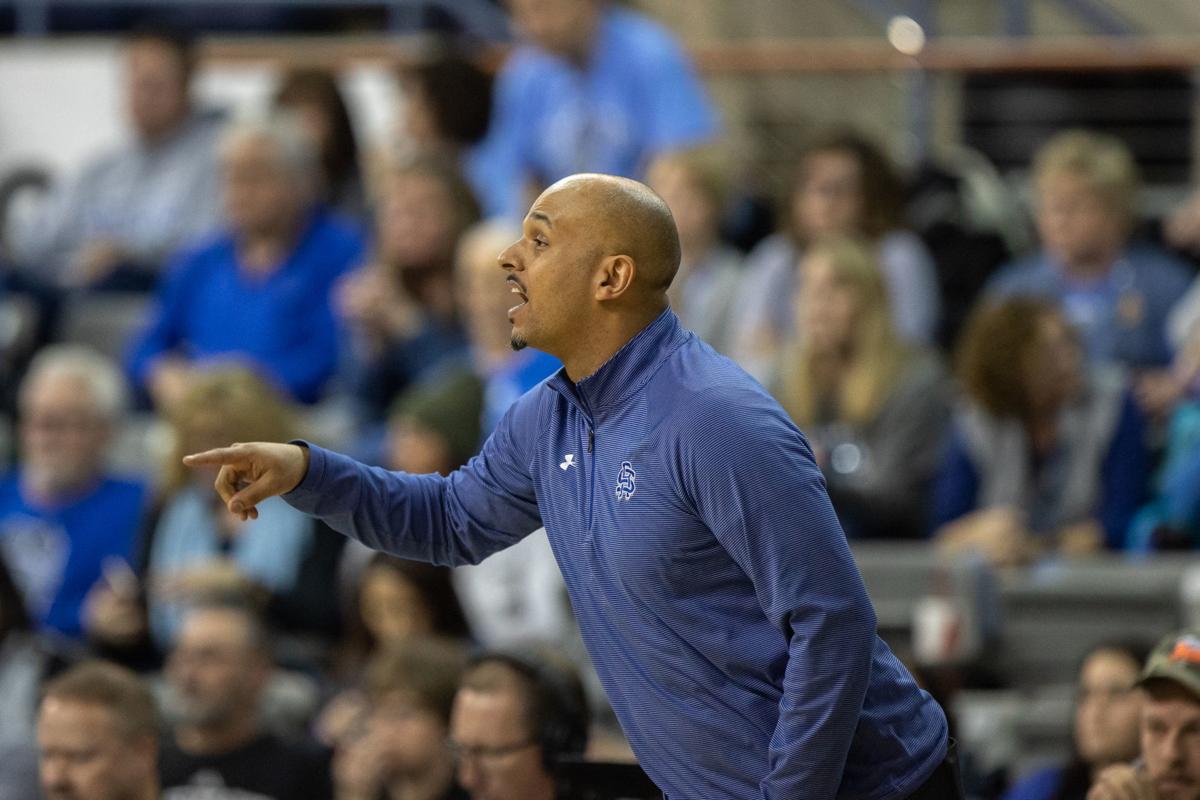 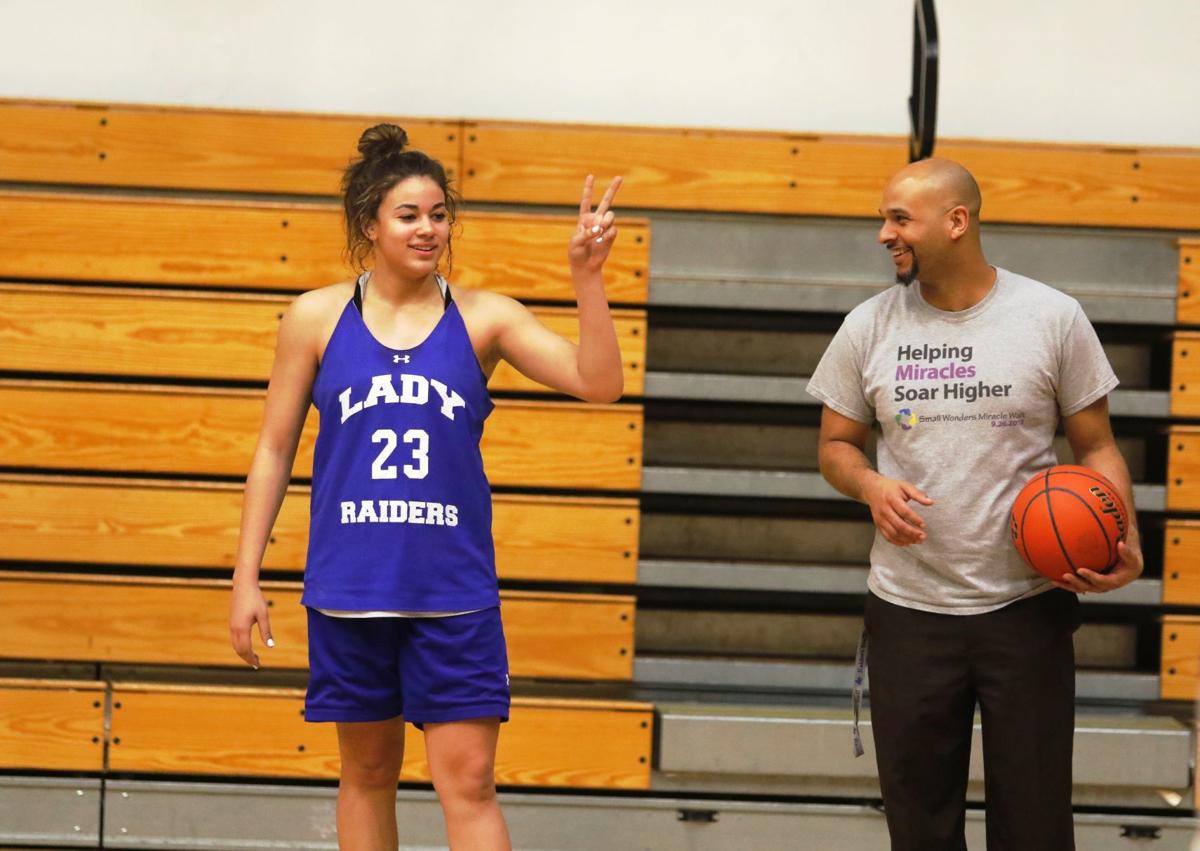 For 16 seasons Michael Brooks has led young women in college and high school on the court as a basketball coach. Now, he's going to be leading kids who are a little bit younger than he's used to.

After leading the Rapid City Stevens girls' basketball team as its head coach for the last three seasons, Brooks resigned his position recently to spend more time with his family.

Brooks has a 10-year-old daughter and a 5-year-old son, and he said he wants to be involved in their athletic careers and spend more time with them.

"My wife and I had the chance to sit down and self-reflect on our family and what’s important to us right now, and where we see ourselves in the future," he said. "With having two young kids who are going to be involved in sports, sharing the same hobbies, likes and interests with them is awesome. I wanted to make some memories with them and coach them, really give myself, as much as I can, to be a parent while they’re young because it only happens once."

Stevens athletic director Jared Vazquez said he understood the situation that Brooks, who will remain a teacher at Stevens, is in.

"It’s a tough situation that a lot of young coaches with young families find themselves in," he said. "We appreciate the effort Coach Brooks gave us, and the energy and effort he gave to the team."

Brooks said the decision was not made lightly.

"You chase your passion for 16 years. I know that’s not a long time to some people, but it’s all I’ve known and all I’ve done up to this point is coach and be involved with kids," he said. "That’s why I’m not going to stop doing it, I’m just going to be doing it in a different capacity."

What made the decision especially difficult is the relationships he's made with his players and coaching staff, he said.

The Omaha, Nebraska, native guided Stevens to three state tournament appearances where the Raiders finished fifth last season, seventh in 2018 and fifth in 2017.

He coached at Bradley University as an assistant and a head coach before coming to Rapid City.

"It’s about the relationship you have with your staff and these kids," he said. "They come from such varied backgrounds and they have different experiences, and they come together and you create a melting pot of a team of women that I wanted my daughter to be around. I am so happy that she had that time to be able to learn from them because it spurred on her interests.

"Having my family be a part of these young women’s families was probably the best part and the thing that I’ll miss and what I reflect on."

Vazquez said the position is open and has been posted on the school district's website.

"I think we’re looking for not just a varsity head coach, we’re looking for a program leader, (grades) 9-12 that can continue to develop and stabilize the program," he said. "Someone who is passionate, enthusiastic and works well with people."

Brooks, whose wife Andi is from Spearfish, said he's going to stay in Rapid City.

When he first came to the Black Hills to take the Stevens job in 2016, he said he wanted to create a winning culture. He said he is proud that with the help of players and coaches, he was able to do that.

"I’m going to miss the kids because they made every day enjoyable," he said. "Changing a culture with them and their buy-in, their respect, their hard work and their sweat, they made everything. Watching them grow and mature and then having to take a step back from that was definitely a hard choice, but one I thought was necessary at this point."

He said when his daughter would bring her friends to games at Carold Heier Gymnasium, they would walk away wanting to be like some of his best players.

That's what he said he hoped he was able to build, a buy-in from players at a younger level that want to grow up to be Raiders one day. And he hopes to continue building it while he coaches his kids.

"There’s an infectious attitude about a culture of winning ... there’s connections these young kids are making," he said. "What’s cool is now I get to be a part of building that up because they know what they want. They want to beat O’Gorman, they have a passion to be great. What everyone that was a part of the last three years helped create was a more community feel of positivity about the program."

Why are the Cowboys favored to win the divison?

Who's more likely to make the CFB Playoffs: Clemson or Ohio State?

Who's more likely to make the CFB Playoffs: Clemson or Ohio State?

Emma Raducanu completed her historic run through the U.S. Open by beating Leylah Fernandez for her first Grand Slam title.

No Slam as Medvedev beats Djokovic in US Open

Novak Djokovic fell one step short in his Grand Slam bid. Daniil Medvedev beat him in the U.S. Open final to win his first major title.

Tailgating, face-painted fans back in force at NFL stadiums

Tailgating, face-painted fans returned in full force at stadiums around the country as the NFL opened its doors to capacity for the first time since the coronavirus pandemic.

Results from all of Sunday's NFL Week 1 games

Global citizens, teen US Open finalists have fans all over

NEW YORK (AP) — Emma Raducanu first met Leylah Fernandez at a tournament for players 12 and under, around the time one of Fernandez’s teachers…

Lowther scheduled to start for Baltimore against Toronto