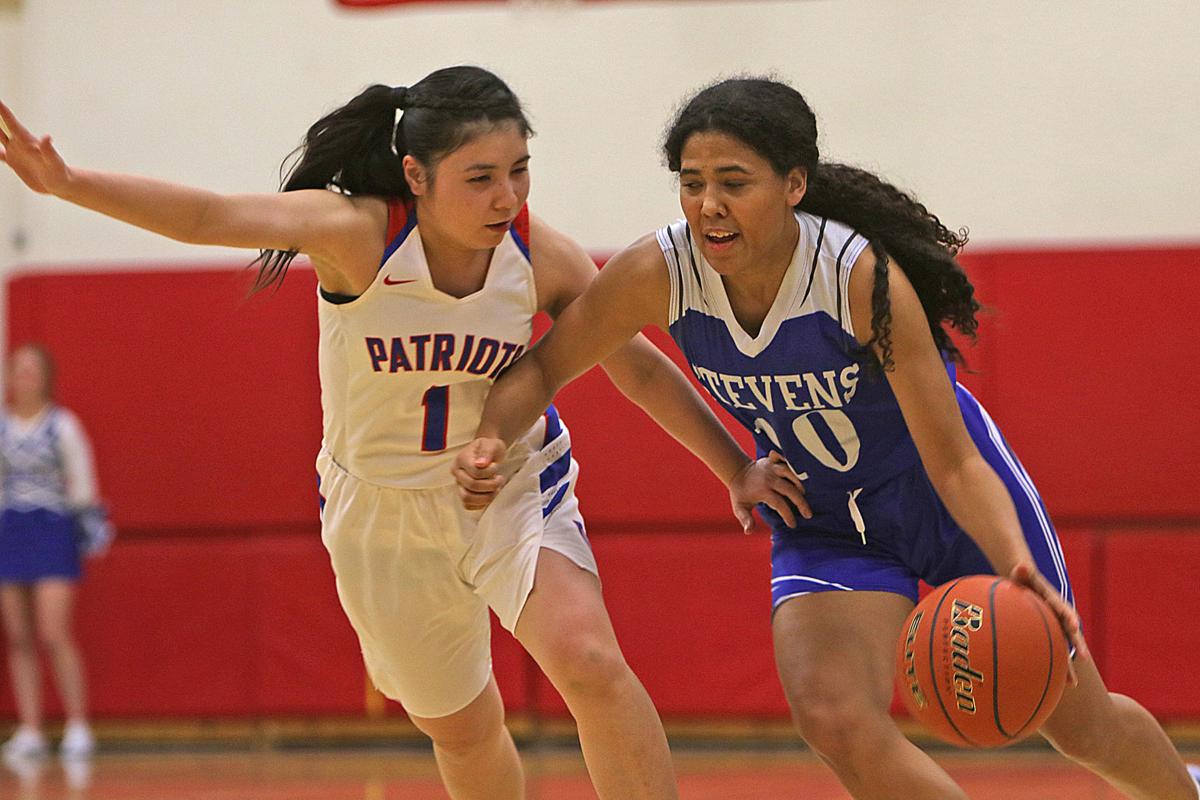 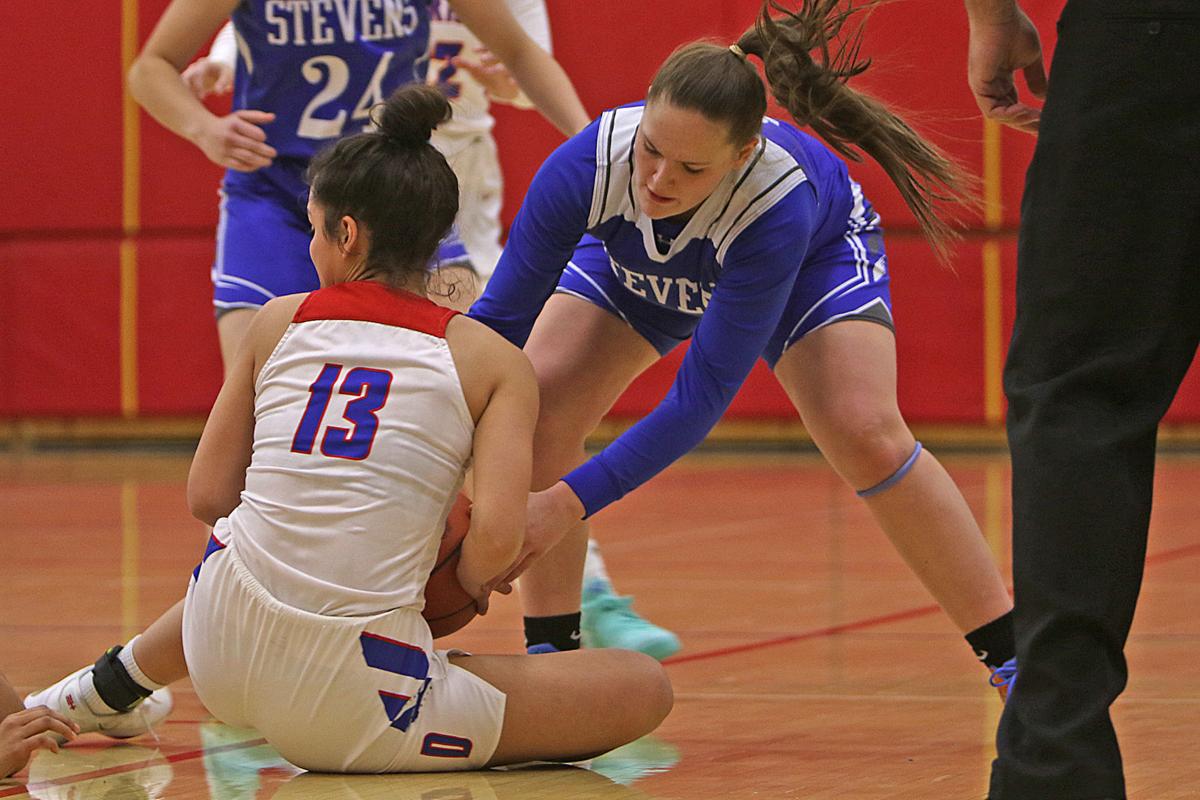 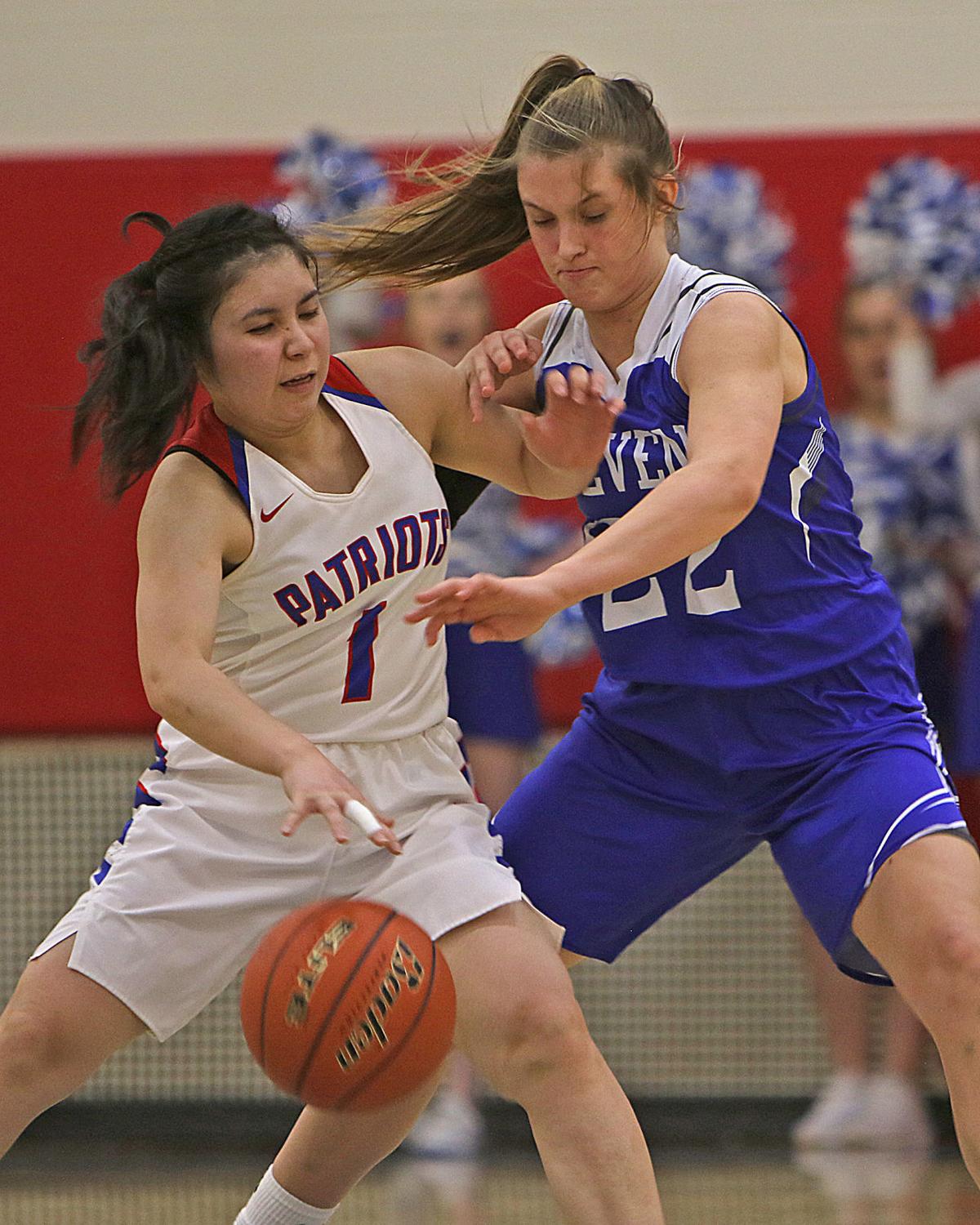 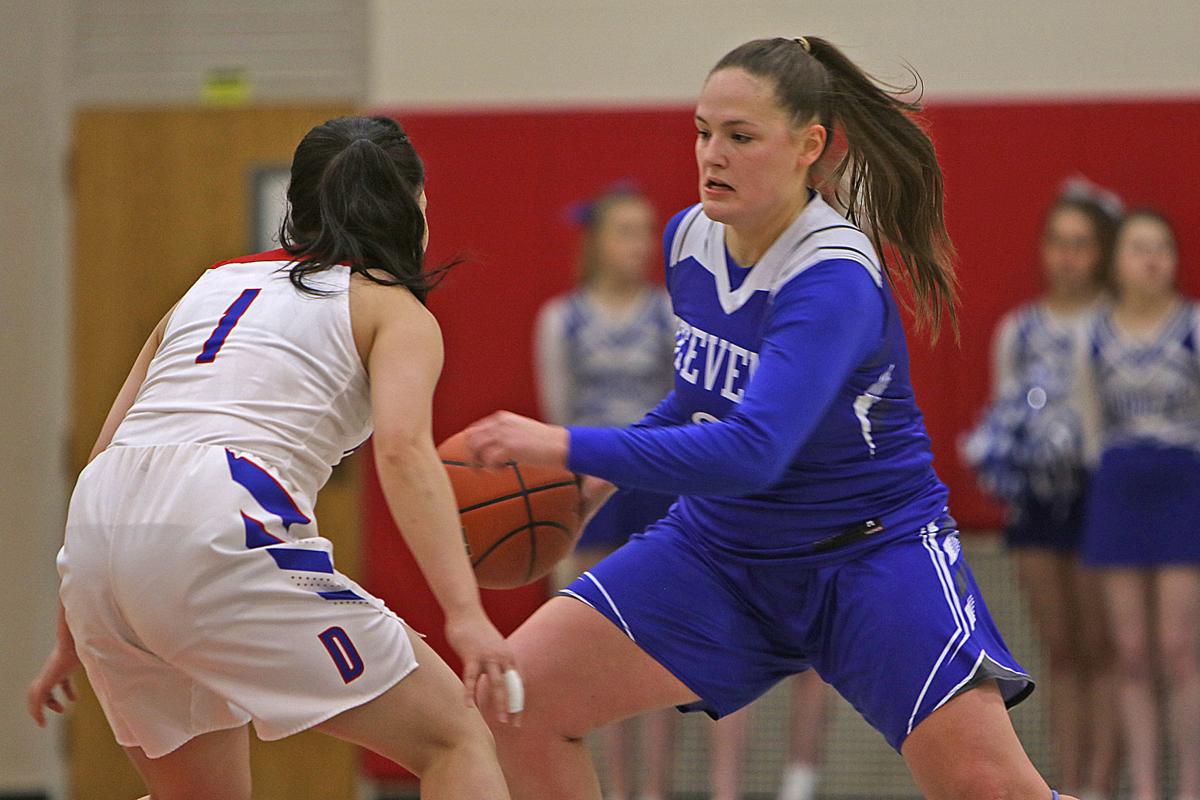 It wasn’t the prettiest of games nor did it have much polish, but Rapid City Stevens fought through foul troubles and some early struggles on offense to come away with a 71-31 win over Douglas in girls’ basketball action Tuesday at Whitehead Auditorium.

The Raiders were already playing without leading scorer Kyah Watson, who is out with a knee injury. Then starters Jayda McNabb and Bailee Sobczak were forced to the bench in the first quarter after collecting two fouls each.

Depth won the day for Stevens, which got scoring from 12 players during its win over the Patriots.

“We came out a little slow,” said Kenadi Rising, who led the Raiders with 12 points. “We really didn’t control the game how we wanted to until about the end of the third quarter. It goes to show what a great team we are together, and how strong we are.”

“Our leading scorer (Watson) is only averaging 14 points a game, then it’s 12, 11 and 10 and so on,” Stevens coach Travis Swartz pointed out. “Hopefully that keeps teams off balance. They can’t key on any one person.”

Tuesday’s win wasn’t all about scoring, though. The Raiders clamped down on the Patriots through the game, shifting between a trapping-man and a 2-3 zone defenses that kept Douglas off balance throughout the game.

The Raiders forced 23 turnovers, grabbed a 33-18 rebounding advantage over the Patriots. Stevens held Douglas to 9 of 45 shooting for the game, a 20% shooting percentage, despite struggling against foul troubles all game.

“We weren’t very disciplined in our half-court man,” Swartz said. “We were lunging, going for shot fakes and getting out of position. That’s where we were getting some fouls.

“We backed into a zone, but we covered some ground. And we rebounded really well out of the zone, too. The girls just believe in that 2-3 zone.”

Stevens held a 10-5 lead after the first quarter, but the game felt closer, mainly because Swartz had to go to his bench to sit McNabb and Sobczak. A 3-pointer by Makayla Grim drew Douglas within 6-5, but Stevens scored the last four points of the first quarter and, the Raiders outscored the Patriots 18-7 during the second quarter to gain some distance on the scoreboard.

Chantel Jones scored eight of her team-high nine points to lead Douglas on its best eight minutes of play, a 12-point third quarter.

Stevens, however, used made baskets to get into its trapping full-court press. The Raiders forced seven turnovers during the third frame and led 45-24 after three quarters of play.

“About midway through the third, we finally got some baskets on back-to-back possessions,” Swartz said. “We could switch defenses up on them a little bit, and we created some turnovers and we got out and were able to run, finally.”

“Man, that’s going to be a big one,” Swartz said. “If we don’t rebound and aren’t able to run, it could slow us down and they’ll try to get us to execute some things.”

Thursday’s game is scheduled for a 7 p.m. at Heier Gymnasium.