Jack Daniel's raising money at the rally for troops, families
Share this
{{featured_button_text}}
1 of 2 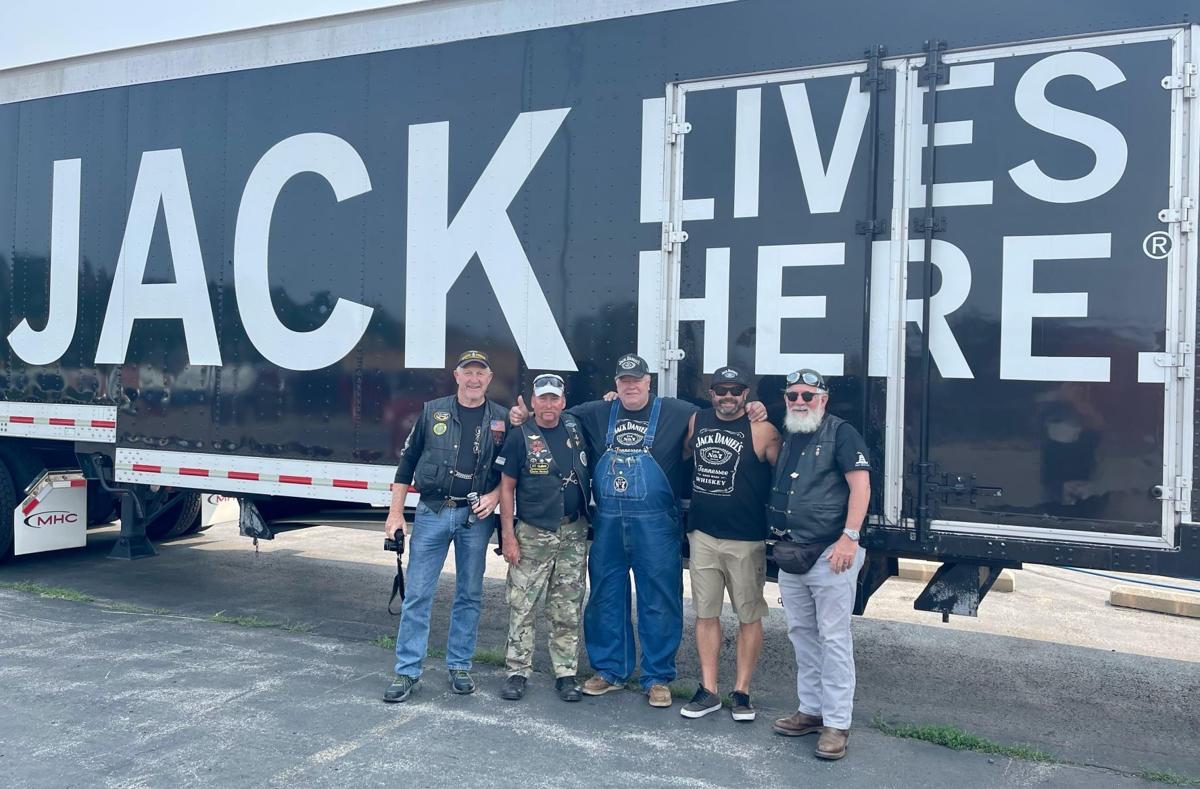 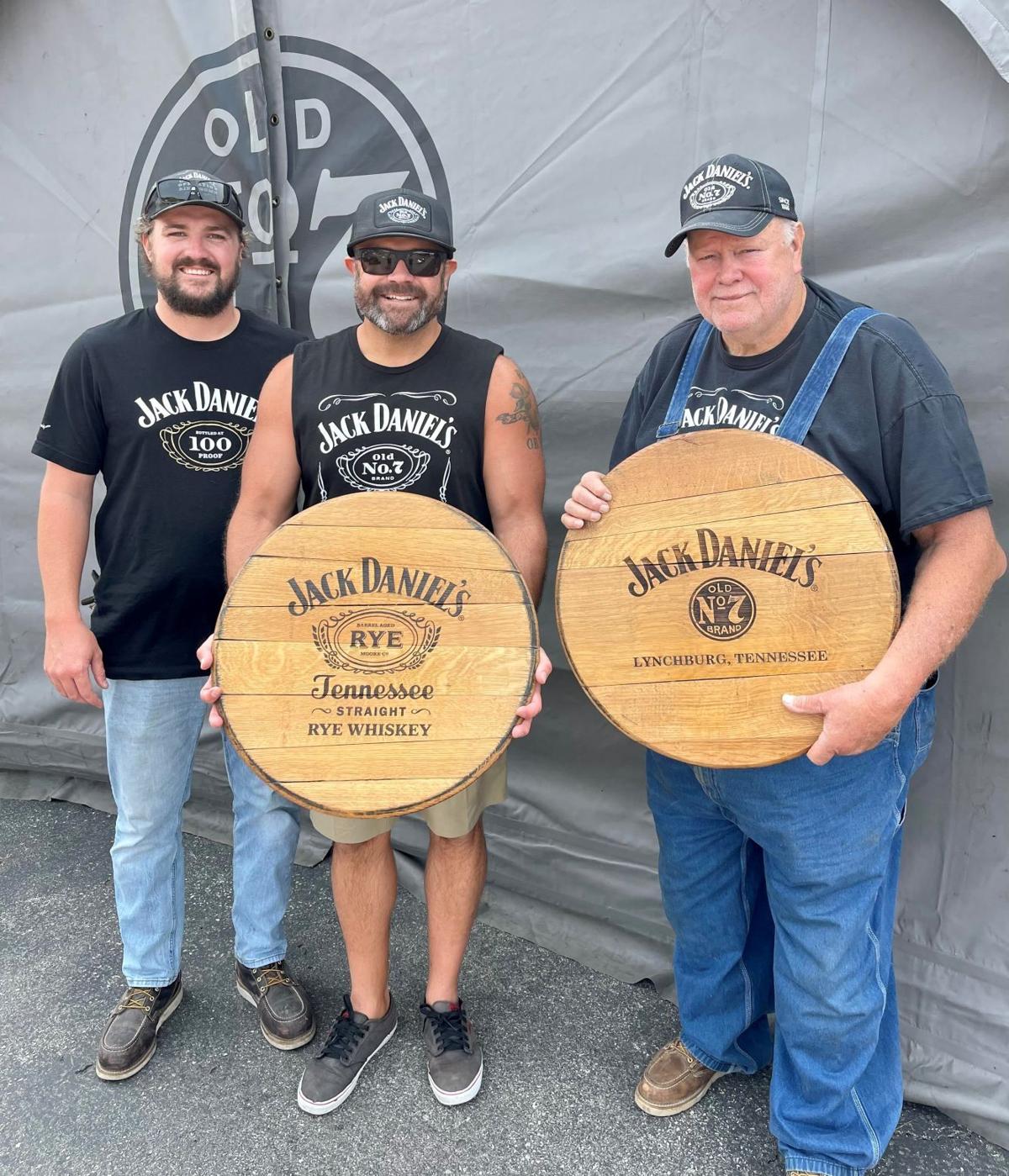 Chad Belding, center, will be on-site at the Jack Daniel’s tent in Sturgis through Thursday, along with Jack Daniel’s “Barrel Man” Kevin Sanders, right, and Tommy Miller, Jack Daniel's sponsorship and events specialist, left. Belding is the host of The Outdoor Channel's "The Fowl Life," which has filmed several episodes in South Dakota.

Chad Belding has explored and hunted in South Dakota nearly a dozen times for “The Fowl Life,” his series on The Outdoor Channel. He’s returned to South Dakota this week for his first-ever trip to the Sturgis rally, where he’s helping raise funds and awareness for Operation Ride Home and the Armed Services YMCA.

Since 2011, Operation Ride Home has supplied plane tickets and pre-paid debit cards to active duty service men and women who wouldn’t be able to go home for the holidays without financial assistance.

Operation Ride Home partners with Armed Services YMCA. The ASYMCA works with military commands to identify and prioritize junior-enlisted service members and families who are most in financial need.

The ASYMCA is an association of the YMCA of the USA. It serves 87 military installations and facilities nationwide by providing no-cost or low-cost programs and services for active duty junior enlisted military service members and their families in all branches of the United States military.

The Operation Ride Home and ASYMCA partnership has generated more than $1.8 million in donations and sent 8,583 individual junior-enlisted service members and their families home for the holidays. Servicemen and women from the Army, Marine Corps, Navy, Air Force and Coast Guard who are stationed either in the United States or overseas have received travel assistance to their homes in all 50 states.

Belding will be on-site at the Jack Daniel’s tent in Sturgis through Thursday, along with Jack Daniel’s “Barrel Man” Kevin Sanders and Tommy Miller, Jack Daniel's sponsorship and events specialist.

In addition to creating and hosting “The Fowl Life,” Belding hosts podcasts including “This Life Ain’t For Everybody.” He is a co-founder of Banded, a video production and merchandising company that specializes in hunting gear and accessories, and he’s the co-founder of Jargon Duck Calls, a company known for its precise, hand-tuned duck calls.

Belding's trips to South Dakota have been highlighted in about 14 episodes of his TV series. While shooting past seasons of “The Fowl Life” in the state, Belding said he has good memories of hunting with military families and veterans. In particular, he remembers a Green Beret who was shot in Afghanistan.

“His story is amazing of how he survived. He joined us on two hunts in South Dakota. I remember hearing his story and that’s why I love Operation Ride Home. We would never get (the opportunities we have in the United States) if it weren’t for our military protecting us and fighting for our freedoms,” Belding said.

“Barrel Man” Sanders has his own fan following at the rally. This is his 11th year here, selling barrels that produced batches of Jack Daniel’s and items such as coasters, stools, tables and coat racks made from repurposed barrels. Each barrel is composed of white oak from 15 to 20 different trees, Sanders said, and every barrel is used for only one batch of whiskey.

“I’ve been involved with the process of the barrels … all the way from the tree to taking the whiskey out,” Sanders said, noting that a single batch of whiskey takes four to six years to age.

Seeing friends he’s made in years past and meeting veterans are some highlights of the rally for Sanders. He’s enthusiastic about raising money for Operation Ride Home while he’s in Sturgis.

“It’s a great operation to help our troops away from home to come home,” Sanders said. “It’s our pleasure to be able to help our troops. We really do appreciate everything they do. It makes you feel good to do this.”

Chad Belding, center, will be on-site at the Jack Daniel’s tent in Sturgis through Thursday, along with Jack Daniel’s “Barrel Man” Kevin Sanders, right, and Tommy Miller, Jack Daniel's sponsorship and events specialist, left. Belding is the host of The Outdoor Channel's "The Fowl Life," which has filmed several episodes in South Dakota.