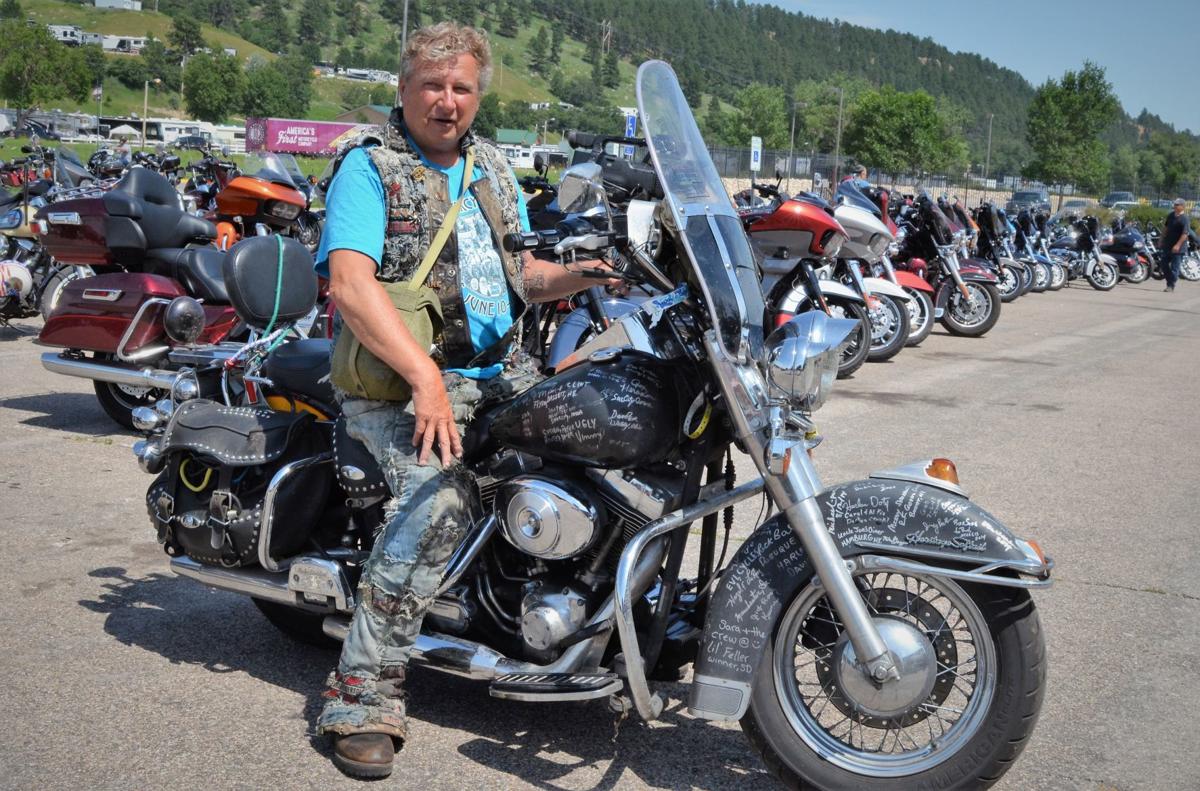 Charlie St. Clair of Laconia, N.H., sits aboard his well-worn Harley-Davidson outside the Sturgis Community Center last week. St. Clair, director of the Laconia Motorcycle Week, has been coming to Sturgis for more than 40 years. 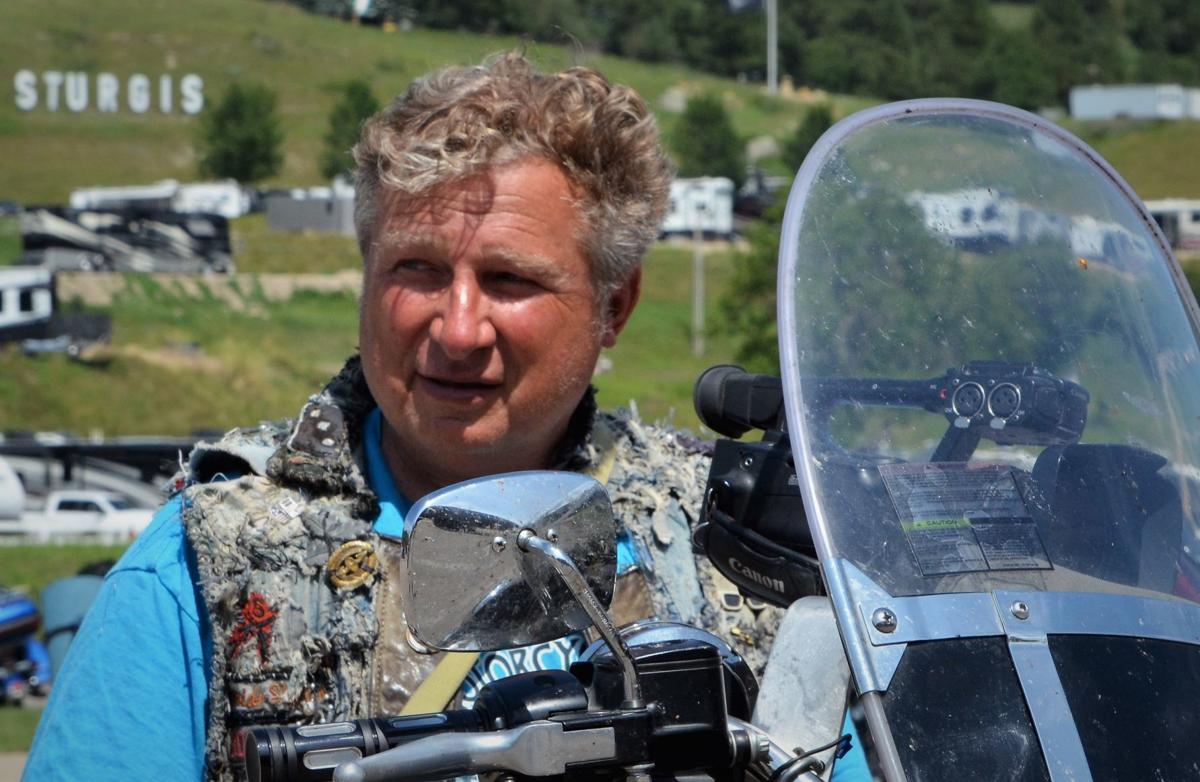 As executive director of the Laconia (N.H.) Motorcycle Week, St. Clair helps plan and direct a gathering of bikers that celebrated its 96th renewal last June, in a city of 18,000 located in the Lakes Region of central New Hampshire.

St. Clair, 69, has visited the Sturgis motorcycle rally most every year since 1976. Last week, during a daily news conference for reporters, he offered his views of the rally from the outside looking in.

“I have a weird perspective of Sturgis. On the circuit every year, I promote Laconia, I promote Sturgis, because I believe in this rally for motorcyclists,” he said.

In his 43 years of coming to the Black Hills, he has seen the rally change from the raucous and rowdy years when camping was allowed at the city park, to the move to outside campgrounds and the growth of the rally as a music festival.

One particular aspect rankles him: Meade County’s permanent ban on open fires during the rally.

“How can you camp and not be able to have a fire?” he asked.

“I’ve seen an awful lot of changes,” he said. “With the exception of the city park and campfires, they’ve all been really good.”

St. Clair doesn’t consider Sturgis to be a competitor to the Laconia event, which, like Sturgis, draws hundreds of thousands of visitors each year.

“You have a great thing in South Dakota as we do in New Hampshire, great roads to ride on. You have the Black Hills. We have the White Mountains,” he said.

“We don’t have a sales tax. We have some of the highest property taxes in our ‘Live Free Or Die’ state,” he said.

He is also jealous of daredevil Cole Freeman’s motorcycle jump over Main Street to open the Sturgis rally on Aug. 3.

“I wanted to get him to jump in Laconia first, but it’s all good,” he said.

He knows full well how tough a job it is to direct such an event, paying tribute to Sturgis rally and events director Jerry Cole and his staff along with other city and county officials.

“They have a really tough job. Keeping the interest in coming to Sturgis is just as tough as it is in people coming to Laconia,” he said.

When St. Clair started working full-time for the Laconia Motorcycle Week in 1992, there were about 50 other bike events in the country. There are about 850 now, he said.

Keeping an event relevant and fresh is a full-time job, with all of that competition.

“Everybody thinks it’s a real easy way to make money for your city,” he said.

Much of the talk last week and since the end of the rally on Sunday centered on attendance during the 79th edition of the event in the Black Hills.

Speculation had an apparent dip in attendance in the 2019 rally (final numbers won’t be released until October) potentially because many bikers are holding off for next year’s 80th.

“It’s not a numbers game with me. It’s making sure that all the thousands that come have a great time, a safe time and go home with such wonderful memories and spread the word and come back,” he said.

“I just smile and say, my guess is it’s busier this week than it was last week and will be next week,” he said.

St. Clair, who also serves as a New Hampshire state representative, is already working on Laconia’s landmark 100th, coming up in 2023.

Even pushing age 70, he plans to make the trek to Sturgis for several more years.

After all, he is, at his core, a motorcyclist.

“I love to ride cross-country and that’s a big deal,” he said.

The final traffic count for the 79th annual Sturgis motorcycle rally was down 1.2 percent from 2018, according to the state Department of Tran…

State and local governments collected a total of $1.2 million in sales tax from temporary vendors at the 2019 Sturgis motorcycle rally, which …

Charlie St. Clair of Laconia, N.H., sits aboard his well-worn Harley-Davidson outside the Sturgis Community Center last week. St. Clair, director of the Laconia Motorcycle Week, has been coming to Sturgis for more than 40 years.