Please log in to keep reading.
Enjoy unlimited articles at one of our lowest prices ever.
You have permission to edit this article.
Edit

Most of us appreciate the sunrises, sunsets and daylight hours as prime times to explore and absorb America's national parks, including the six National Park Service sites found within South Dakota.

But there's a certain number of people, scientists among them, who prefer to examine the dark side of those sites. As those who seek to understand the nighttime habits of animals, or to fully examine the skies above, they hold a deeper fascination with the open spaces of national parks in the West well after the sun goes down.

And some of those experts worry that man's long fascination with the stars, and the ability to see celestial objects, is rapidly fading due to light pollution.

According to research and a new analysis of light emerging from the planet, it has been shown that national parks — particularly those in the wide-open West — offer some of our nation's best views of the cosmos.

A fundamental new work, The New World Atlas of Artificial Sky Brightness, significantly expands knowledge of light pollution and its impact on the night sky. It was published in June by Science Advances, and is the work of an international team including National Park Service scientist Dan Duriscoe.

"Few places on earth offer pristine dark views to the rising Milky Way and starry constellations and light pollution is a bright filter upon this vast canvas," said Duriscoe. "Verification of NPS ground measurements with satellite data from NOAA creates an accurate model for predicting night sky quality in national parks and locations around the world, which can be used to increase opportunities for park visitors and stargazers to enjoy this rare and diminishing resource."

Nighttime activities play out at a number of South Dakota's national park sites, including in the wide-open Badlands National Park, where stargazers often gather to create time-lapse images of the galaxy.

At Wind Cave National Park, scientists and visitors gathered on an October night in 2010 and on another occasion in 2008 to search for and record the number of protected black-footed ferret residing at the park. Without deep darkness, scientists can be foiled in such efforts to spot the nocturnal animals.

The National Park Service Natural Sounds and Night Skies Division is viewed worldwide as a leader in the protection of dark night skies. The atlas draws on Duriscoe's seminal research and on-the-ground measurements of night sky brightness, amassed over the past decade of fieldwork in over 100 national park areas. The resulting datasets helped calibrate and corroborate data from NOAA satellite images of light scattering into the atmosphere. Duriscoe's extensive tests also provided essential data for the light pollution model, and helped establish international methods in use today for reporting the impact of artificial light on natural environments.

According to Duriscoe, "With the loss of dark sky views, the ancestral stories of celestial phenomena that so richly express our connection to these orbiting bodies are all but forgotten. And this is more than a matter of nostalgia. Humans need opportunities for wonderment and contemplation of the universe, and animals need darkness for protection, navigation, nesting and predation."

The darkest places in the United States are in the Colorado Plateau, a region of the Southwest covering parts of Utah, Colorado, New Mexico and Arizona. National parks in this area include Capital Reef, Mesa Verde, Arches and Canyonlands. Of the western European countries, Scotland, Sweden and Norway remain among the darkest locations. Singapore, Qatar, Kuwait and United Arab Emirates are among the most light-polluted countries in the world.

The New World Atlas model provides a compelling illustration that sky glow extends large distances from cities, and offers a tool for National Parks to work in partnership with all stakeholders to pursue restoration of night skies. Industries and individuals alike can also do their part to minimize light pollution by adopting simple solutions, such as switching to shielded fixtures that direct light downward instead of into the surroundings, and using amber, or warm colored bulbs, instead of cool blue LEDs, which amplify sky brightness two to three times above the typical output.According to Duriscoe, "Even one of these changes can make a difference in the palette of night."

The National Park Service waxes eloquently on its website about the need to preserve darkness, and why it matters so much to park officials and patrons.

"In wilderness, we preserve more than just opportunities for backpacking and beautiful vistas: we preserve complex ecosystems, glimpses of the how the world once was, and a place where we, as individuals or as a nation, can reflect upon the paths we have taken. It is our frontier," the service said. "Dark night skies are a wilderness characteristic, a part that cannot be cut out without leaving the land wanting. A traveler can trek deep into the mountains, yet still be followed by the glow of distant city lights. A single glaring light can reel back those seeking solitude or communion with nature, undoing miles of effort. The opportunity for stepping back in time, removing ourselves from evidence of human development and infrastructure, must include the nighttime hours."

A guide to your national parks

Patti Kowalchuk didn’t pay much attention to her property taxes until recently. 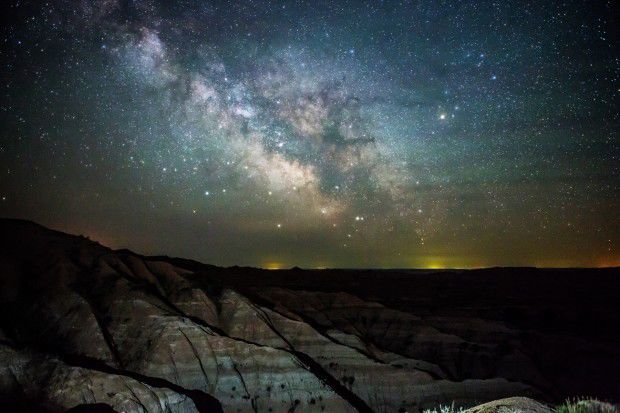 This photo provided by Randy Halverson shows the Milky Way from Badlands National Park in South Dakota. Halverson uses still photos, with long exposures that bring out details not visible to the naked eye, to create time-lapse videos of South Dakota's night sky. 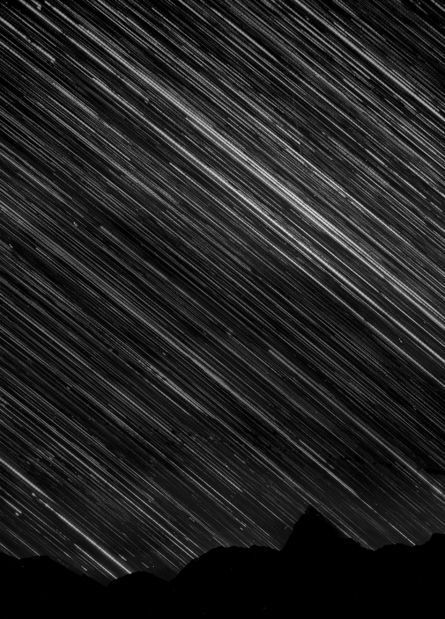 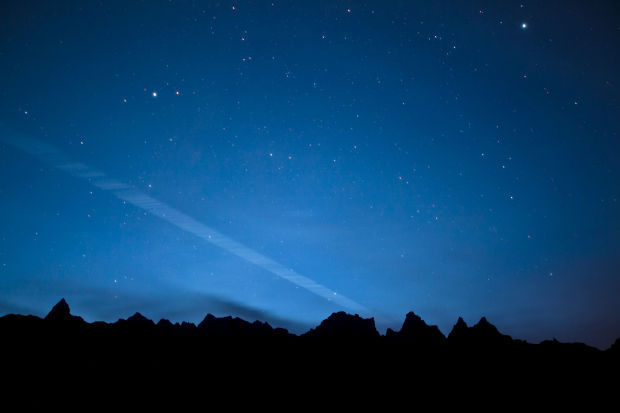 Stars poke out in the night sky just after sunset during a December evening in Badlands National Park.