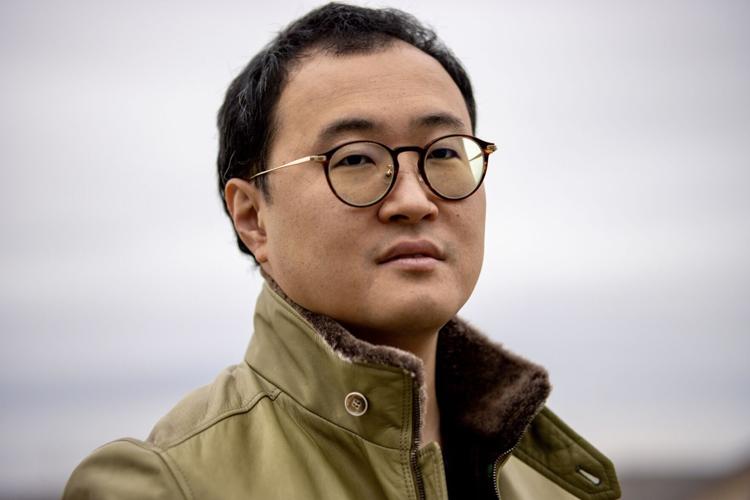 “The Sense of Wonder” author Matthew Salesses said his family loves to explore what New York has to offer. 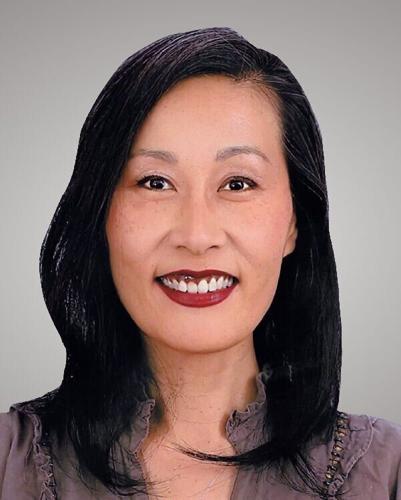 When Matthew Salesses began writing “The Sense of Wonder” (Little, Brown and Company, $28) six years ago, it was one way of alleviating his guilt about “wasting time.” His late wife, Cathreen, had been diagnosed with stomach cancer. After a stressful day, he would watch basketball to unwind. And the couple would enjoy Korean dramas together as a way to cope. “I called it research,” Salesses said in a Zoom interview from New York. “I started with one story and then kept writing about things I liked until it became this book.” The page-turning novel focuses on Asian American protagonists who, like him, were overlooked by the mainstream before gaining traction. One character is a basketball player who captures the world’s attention with his Linsanity-like streak of game wins. Another is a producer doing her best to make K-dramas happen in the United States. The revelatory book is a humorous look at pop culture, while also pointing out the inherent racism that pigeonholes minorities into what they can and cannot be. For more about the PEN/Faulkner finalist – who also is an assistant professor of writing at Columbia University – check out his website (https://matthewsalesses.com/).

Q: You moved to New York not too long ago. Does it feel like home yet?

A: Definitely. I actually remember when I was driving the kids from Oklahoma to New York. When we passed through states heading east, even the air felt better. (Laughs) I had missed seeing all the hills and having that kind of elevation when I was living in the Midwest.

Q: Have you lived in places where you felt unsafe because you’re a visible minority?

A: Yes. Chicago, where you are, must be so much better than some of the places in Oklahoma. We could drive five or 10 minutes out of town and see Confederate flags.

Q: Do you have any trips planned for the year?

A: We are actually going to Korea in July, so I’m planning our trip now. The kids will stay with family on Cathreen’s side. I’ll have to fly back to the States for some of that time. But they’ll have a great time and, hopefully, their Korean language skills will come back a little bit. My son can’t really speak Korean now. My daughter can, but she’s lost a lot of vocabulary. We’re also maybe going to Singapore in the fall. I’ve never been there before.

Q: What were some recent trips you’ve taken?

A: I took the kids to Disney World in December. I’ve taken them twice. The first time was with my wife and daughter. Our son wasn’t born yet. That was much more fun and easier then because there were two adults and one child. When I took the children by myself, they were never in the same place, and were always so far away from each other. (Laughs) I felt like I was constantly trying to find both of them. We had to put this neon green hat on my son, because he kept running off and it was easy to track him that way.

Q: What are your five favorite cities?

A: I like New York a lot. I’ve always loved visiting before, but now I like living here. Before I moved, I thought it would be less fun, because when I visited it’d always be so hectic. I’d spent a lot of money and then was glad to leave. But now, I like visiting all the neighborhoods. I lived in Prague for a year. It’s one of my favorite cities for sure. Paris left a strong impression on me. It’s really a beautiful city. Houston for the food. And if I picked a city in South Korea, it’d be Seoul for the culture and people. It has everything.

Q: Do you go away on any writing retreats?

A: No, because of my children. But I do take them with me when I take short trips to do readings. I’m going to be taking them to Baltimore, D.C., Columbus, Boston … and I think we’ll be going to Seattle in March when I attend a writing conference.

Q: What are some things you like to do in New York?

A: We love Central Park. It’s not too far from where we live. I’ve gotten into photography as a hobby now, so I take pictures of the kids while they play. There are so many parks and playgrounds that we’re always exploring. We go to Koreatown all the time to eat amazing food, too.

(Jae-Ha Kim is a New York Times bestselling author and travel writer. You can respond to this column by visiting her website at www.jaehakim.com. You may also follow “Go Away With…” on Twitter at @GoAwayWithJae where Jae-Ha Kim welcomes your questions and comments.)

Unbelievable! Bird sings everything from ‘The Star Spangled Banner’ to 'September'

Pets love to watch sports, according to their owners

Pets love to watch sports, according to their owners

Thailand and Vietnam. Maybe Japan and the lure of its ski slopes. Maybe a bike trip in Spain, scuba diving…

While many big cities are notoriously cold and unfriendly, Ireland’s capital is an urban playground where people really consider strangers just “friends who’ve yet to meet.” And Dublin offers the best (and many would say only) urban thrills in the Republic of Ireland. Here are a few of my favorite things to do in Ireland’s capital.

Are Resort Fees Ever Worth It?

The Andaz Maui at Wailea Resort, a Hyatt resort on 15 beachfront acres in Hawaii, is far more than a place to sleep. There are multiple pools, including a lagoon and three infinity pools. As part of the resort fee, you can also take a stand-up paddleboarding course, use the resort’s snorkel equipment and GoPro...

The Highest Value Airline Rewards Program Surprised Us, Too

Airline reward programs offer a simple proposition: If you fly with our airline a bunch, you’ll get paid back in the form of miles or points that can be used for future travel. Yet understanding how many miles you’ll earn, and how much these miles are worth, can be anything but simple. These reward programs drive...

If you're planning a trip to Europe this year, you're not alone: Industry mavens are projecting a big year for transatlantic travel. For the most part, traveling to and within Europe is easy, but you need to know a bit before you leave.

“The Sense of Wonder” author Matthew Salesses said his family loves to explore what New York has to offer.