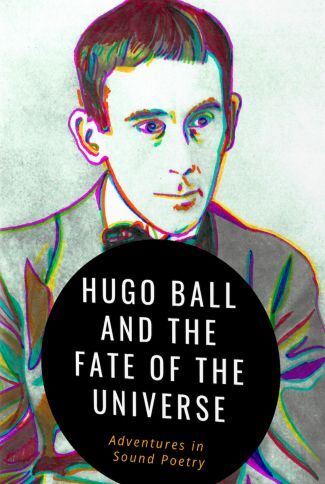 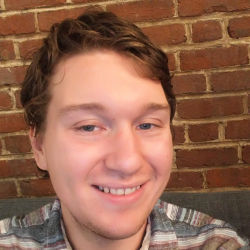 Seven years after graduating from Chadron High School, Lane Chasek is now a published author with his work of creative non-fiction, “Hugo Ball and the Fate of the Universe: Adventures in Sound Poetry,” published on June 4.

Chasek was born in Chadron, though his family would later move to Norfolk. He returned in 2005 and remained here from fifth grade until he graduated high school in 2013. From there he attended at University of Nebraska-Lincoln, though his years in Chadron and elsewhere would inspire his writing.

While UNL was where he started thinking of writing as a career, his start in the field began much sooner as at age nine he started writing his own stories and poems. Chasek noted his family moved around a lot and he drew inspiration for his work from those experiences.

While in Chadron, Chasek also lived by fellow author Poe Ballantine, whose “Love and Terror on the Howling Plains of Nowhere: a Memoir” has earned much acclaim for its chronicling of math professor Steven Haataja, and Haataja’s mysterious disappearance and subsequent death in 2006.

Though Chasek tried his hand at journalism, he said it just “didn’t stick.” Inspired by authors such as Ballantine, Hunter S. Thompson, Tom Wolfe, Jeff Alessandrelli and Alfred Jarry, he decided instead to do a work of creative non-fiction. Chasek found that stories which are personal and real can also be expressive and artistic. He also discovered that he didn’t need to try and publish through a big company like Random House or Penguin.

Though Jarry had already been dead for over a century, it was actually the French author who helped Chasek connect with publisher Peter Clarke, as both enjoyed Jarry’s work.

Chasek said Clarke has a small publishing company, Jokes Review Press, which he started in 2016. In 2018, Clarke began the Fair-Minded Fraud and Forgery books; in the same year, Chasek crafted his book about Hugo Ball.

Chasek said his book is an exploration and reimagining of the story of German poet Hugo Ball. The former Chadron resident said it focuses on Ball’s life as well as his popularizing “sound poetry,” which utilizes made up words and nonsense syllables, and is considered an inspiration for scat singing and writers who create poetry out of algorithms and DNA.

The story looks at Ball from 1916 onward, and is interspersed with Chasek’s experience of growing up in Chadron and his family history. He noted his grandfather was born on the same day Ball read sound poetry to the world.

For aspiring writers, Chasek advises they set realistic goals. They don’t have to shoot for landing a deal with a big publishing company, and some of the most interesting work, he said, has come from small presses. He’s also utilized social media to find small presses and get a feel for what they like, and recommends up-and-coming authors do their research to find a press that can help “get your voice out to the world.”

The Dawes County Sheriff's Office and Dawes County Coroner are investigating the unattended death of a Crawford man.

With school just a couple weeks from opening, dealing with budgets and grants, and of course the ever-present fear of COVID-19, Chadron Public…

Motion to quash in Dailey case

Briefs and rebuttals on a motion to quash will be heard this month in a case against Dawes County Sheriff Karl Dailey. A complaint was filed M…

Here's a simple schedule of 2020 Dawes County Fair events that you can clip out and keep so you know where all the action is.

Changes made to fair schedule

Fair time is almost here, and just like everything else that happened this summer the pandemic changed the way the fair is traditionally done.…