The public hearing was held at The Lodge at Deadwood for those wishing to attend in person, as well as through an online service for those attending remotely. The meeting took nearly four hours to complete, with commissioners hearing comment from the public and from representatives of VMC, LLC — the company behind the proposed Deadwood Standard Mine.

The site is located just above the east rim of Spearfish Canyon, near Savoy and just northwest of Wharf Mine. 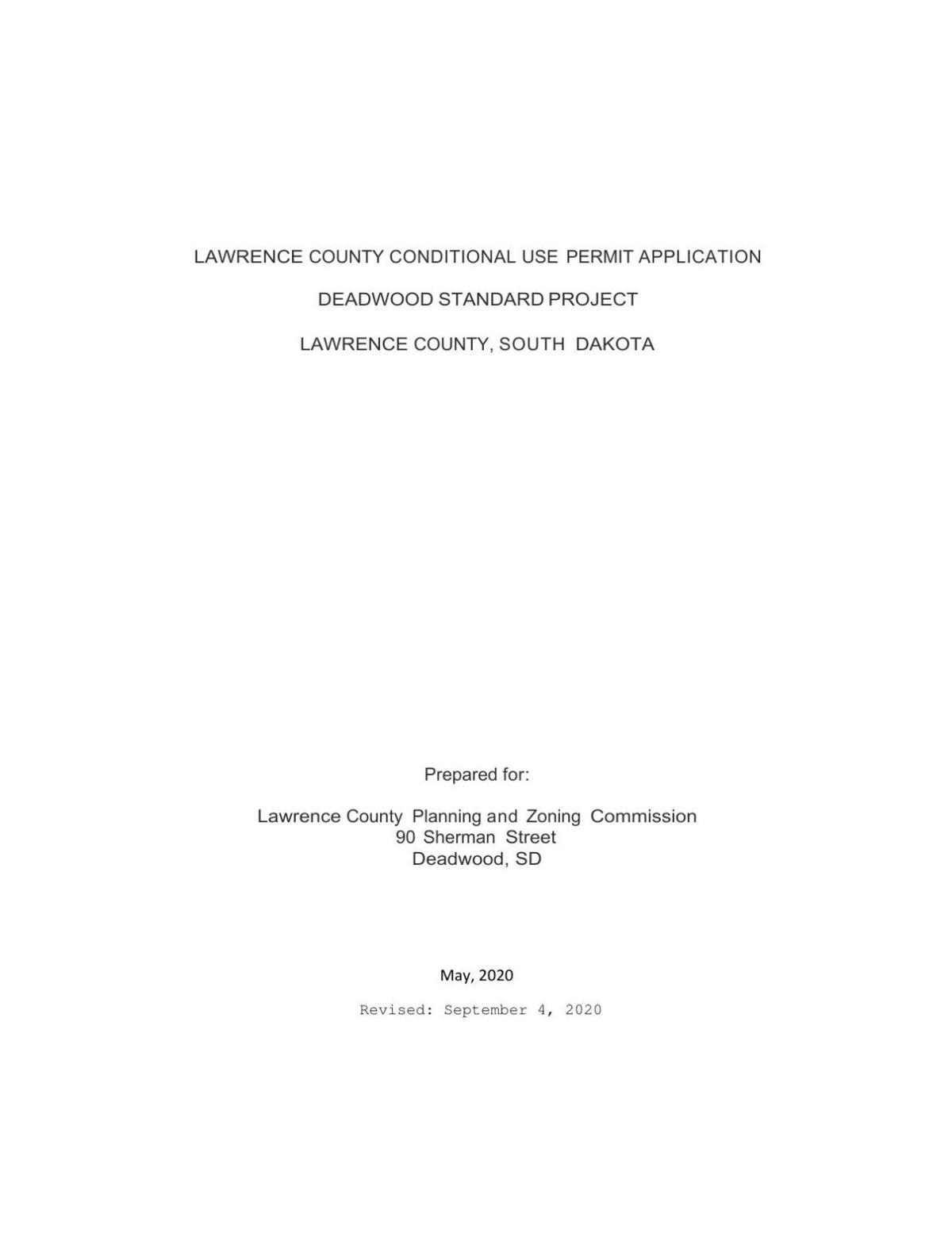 Records show VMC, LLC is proposing a mine that would produce up to 870,000 tons of gold ore from 14 quarries ranging in size from half an acre to 5.2 acres. A permit for the Deadwood Standard mine was previously denied by Lawrence County in 2012 over "unanswered questions."

In the new permit application, VMC, LLC changed a bit of the operation where on-site processing of the mined material would not occur, but instead be moved to an off-site location.

The application does not disclose where the off-site processing facility would be located. VMC also included an environmental study on the impacts to water, the scenic views of Spearfish Canyon and noise pollution if the permit was granted.

Those unanswered questions on the location of the off-site processing facility, plus concerns over noise levels, truck traffic, and water pollution to Spearfish Creek led the Lawrence County Commission to vote to deny the conditional use permit Tuesday.

Commissioner Brandon Flanagan attended the meeting online rather than in-person. He said there were too many unanswered questions about VMC's mining proposal.

"We just don't have enough detail on the off-site processing and the distance from the canyon rim for me to feel comfortable with this," Flanagan said.

Commissioner Daryl Johnson said he thinks of the Deadwood Standard Project plan as more like a small-scale rock quarry operation than a much larger gold mining operation like the Wharf Mine. He too questioned the location of the project being so close to the rim of Spearfish Canyon.

"If I compare this to a rock quarry, I'm not even sure we would allow a quarry in this location, let alone a gold mine," Johnson said.

During the public comment portion of the meeting, only four people spoke in favor of the mining operation, with one person claiming to have a petition signed by 60 Lawrence County residents showing support.

The vast majority of speakers Tuesday were against the mining operation, citing the impact to water, wildlife, natural beauty of the area and the impact the mine would have on tourism.

Another study, prepared for a group called the Spearfish Canyon Owners Association and submitted to the Lawrence County Planning Commission, called into question the study by the mining company. 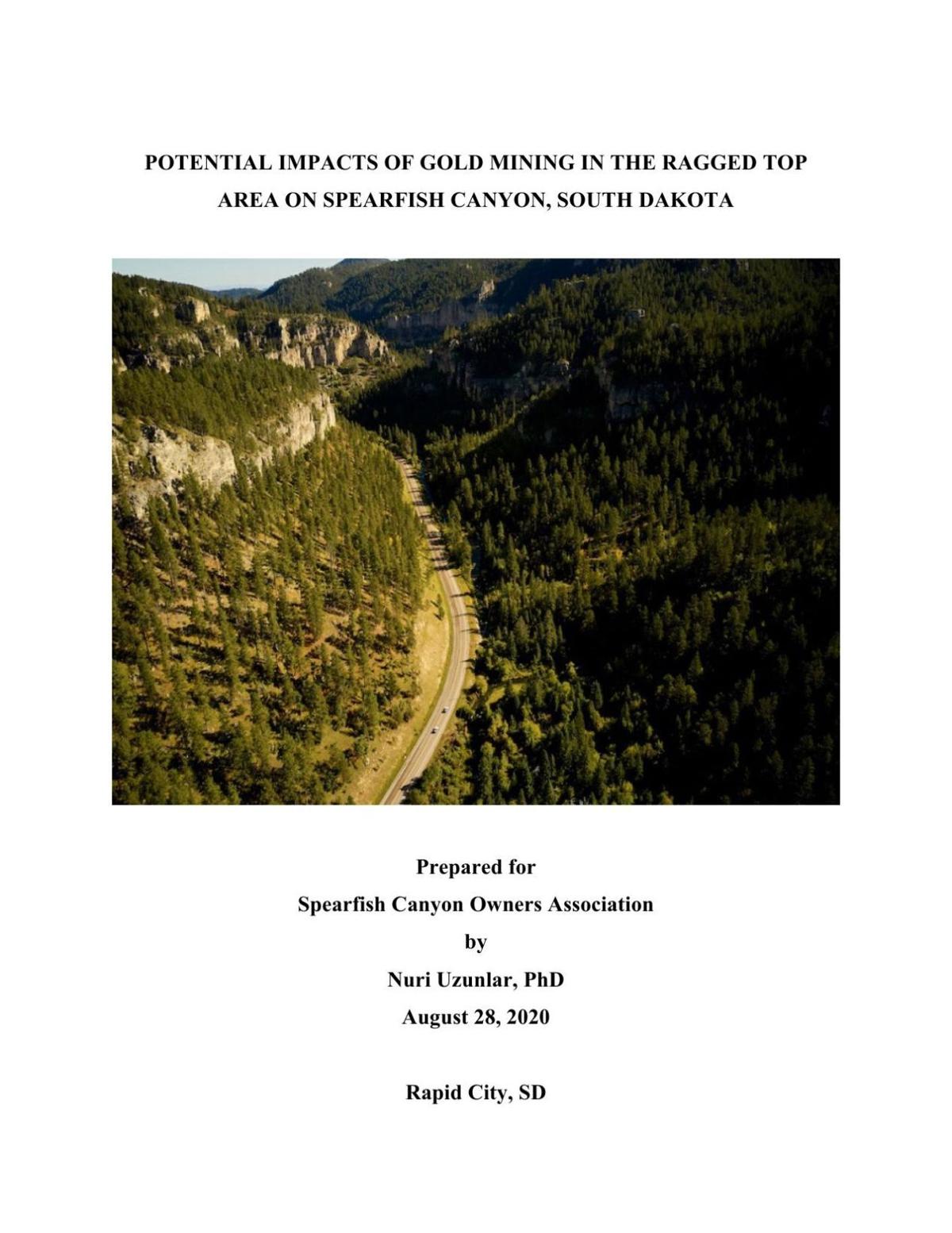 The largest concern, however, by most of the speakers against the proposal was the lack of engagement with tribal representatives over mining in the Black Hills, an area that is sacred to many Indigenous people.

Neither the Lawrence County Commission or representatives from VMC, LLC addressed the concerns brought forth about tribal engagement.

Previously at an Oct. 1 meeting, the Lawrence County Planning and Zoning Board voted 5-0, with two abstentions, to recommend denial of the permit for the mine.

A new off-road riding celebration is headed to Sturgis Buffalo Chip on July 15-18, with the inaugural "Get On! Adventure Fest," presented by R…

From concerts and movies at Outlaw Square, to professional bull riding at the Days of '76 Rodeo and the legendary Wild Bill Days, the summer s…

In a move that will advance science, technology, engineering and mathematics (STEM) experiences for South Dakota students, First Premier Bank …

LEAD | The Fermilab-hosted Deep Underground Neutrino Experiment (DUNE) is an enormous international scientific effort. More than a thousand re…

The COVID-19 pandemic had a significant impact on the casino and gaming industry nationwide, a new report shows. However, the casinos in Deadw…